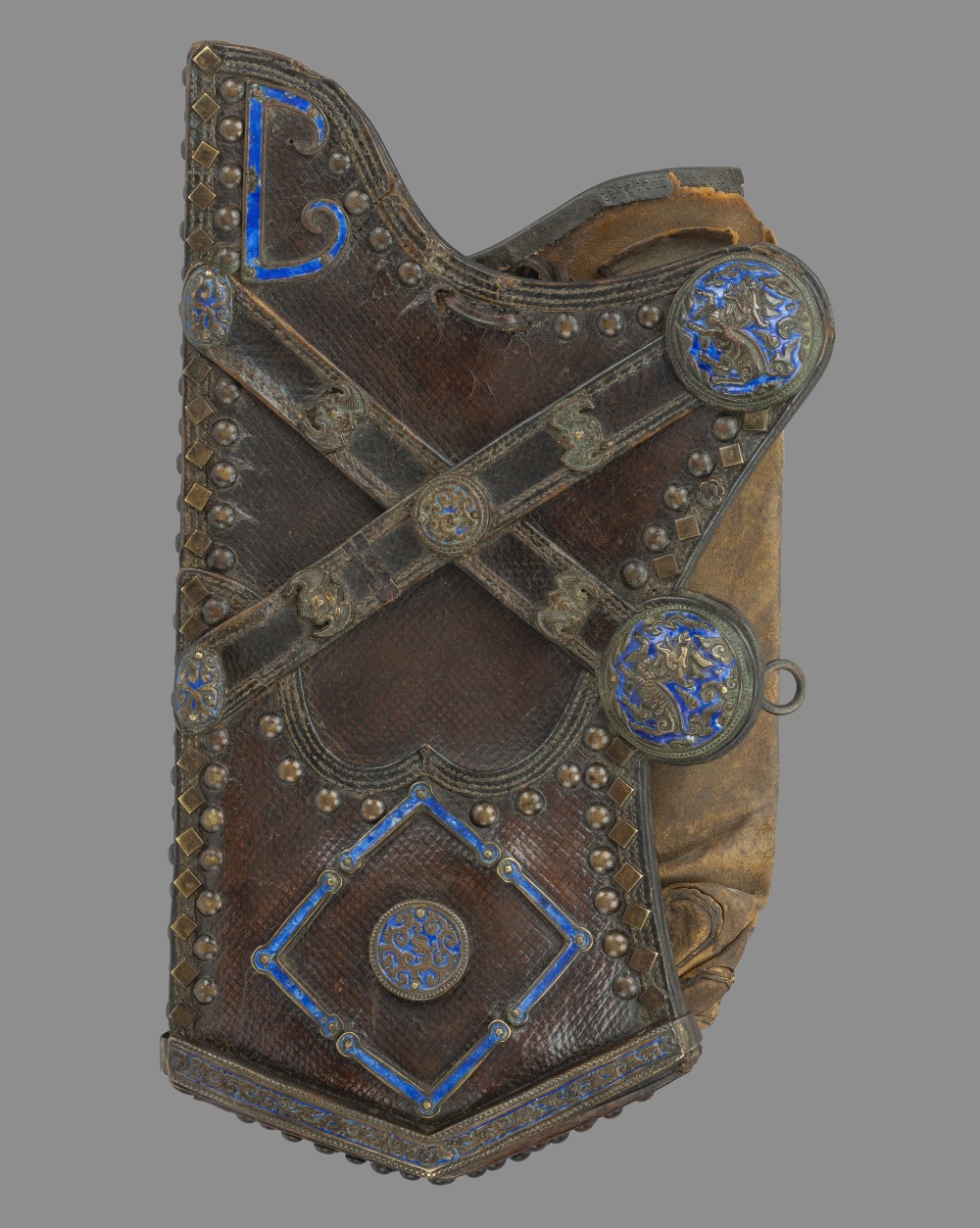 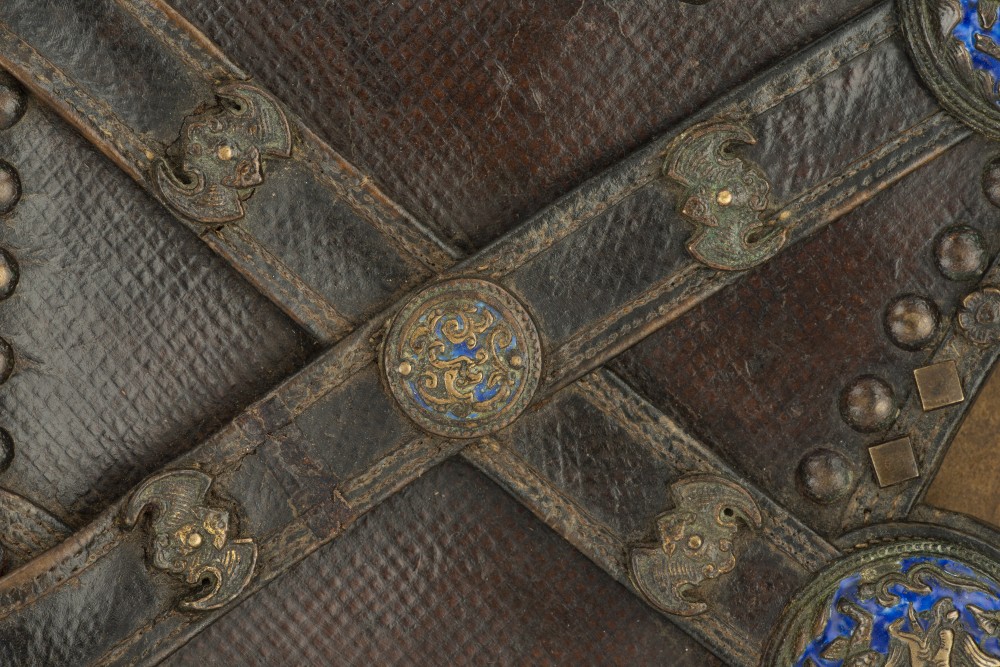 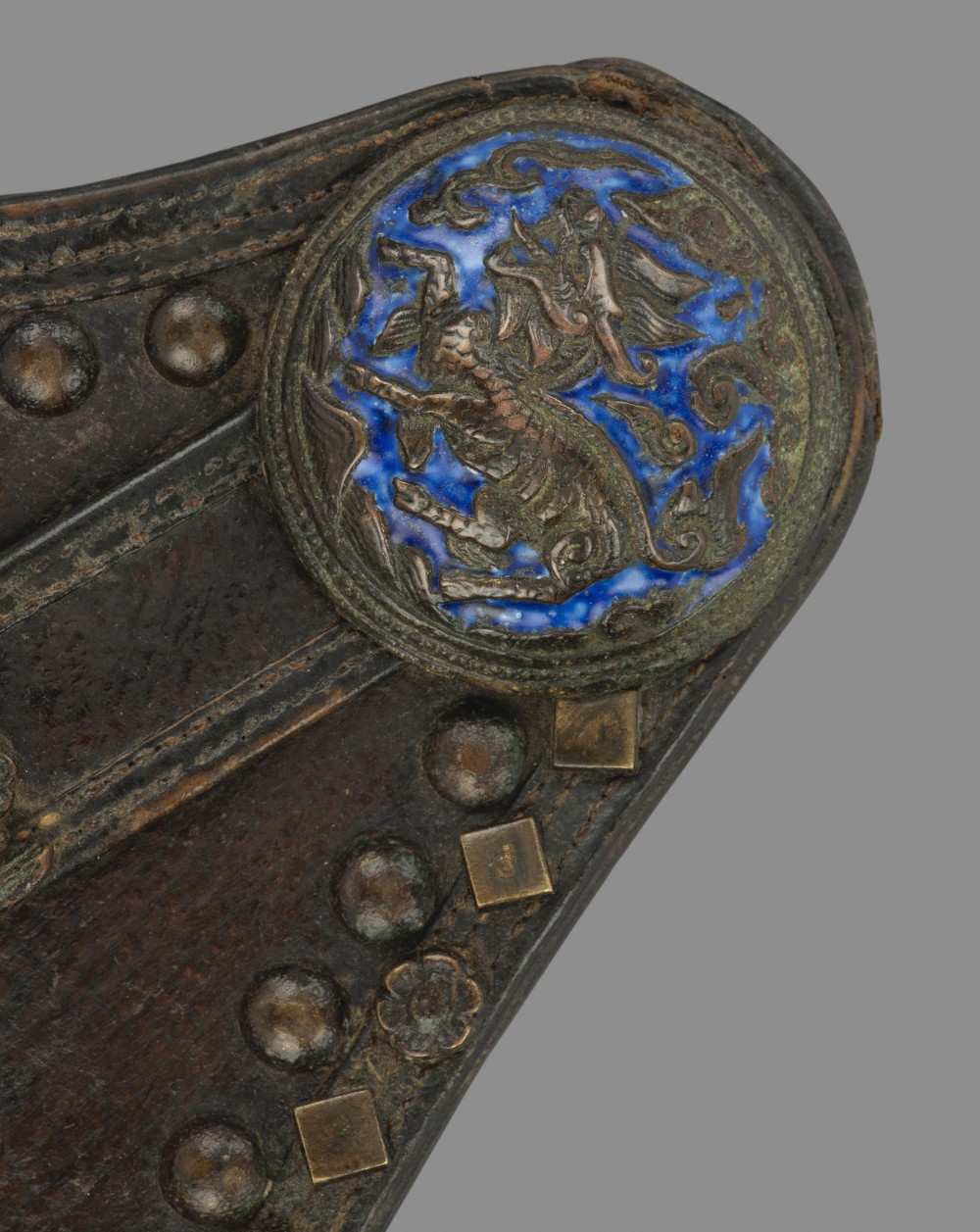 The Mongol conquest of China established the Central Asian horse archer as a key element in the Chinese military system which persisted through the Ming dynasty and was reinforced by the Manchu Qing dynasty, where hunting as well as warfare was hugely popular among the nobility.

Many of the Qing imperial quivers and their matching bow-cases are preserved in the collections of the National Palace Museum, Taipei, but few of these Mongolian style examples survive. The closest are one in the National Museums of Scotland, Edinburgh (no. A.1927.321) and another probably Mongolian example in the Royal Armouries (no. xxvib.188), while similar style fittings are found on another later bow case and quiver in the same museum (no. xxvib.25).

The fittings on the present jiān in the form of bats are usually five in number, referring to the five happinesses, or wufu, a pun between the words for happiness and bat in Chinese.