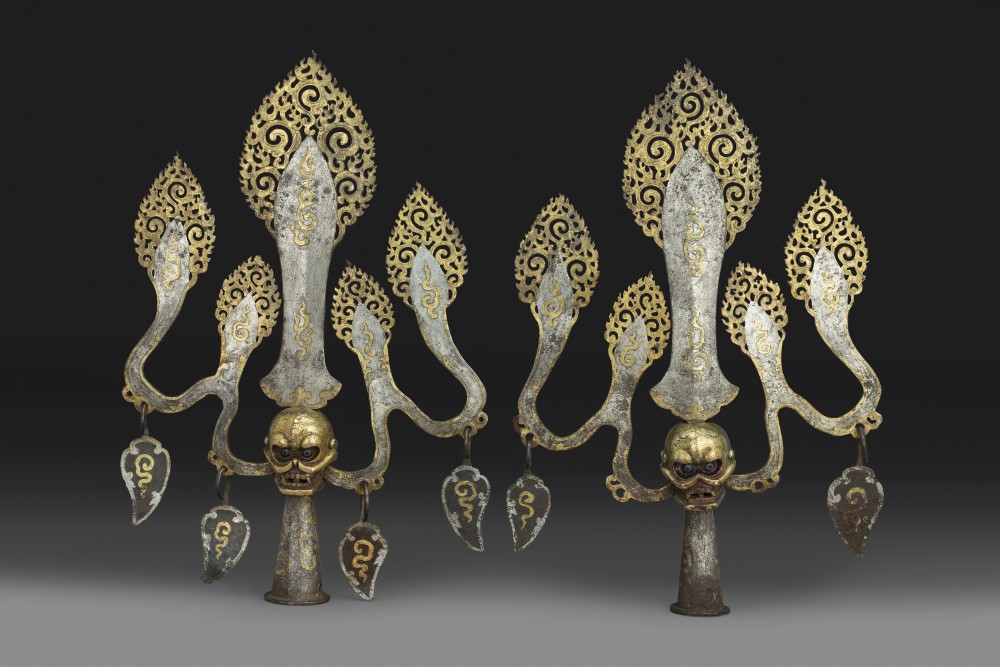 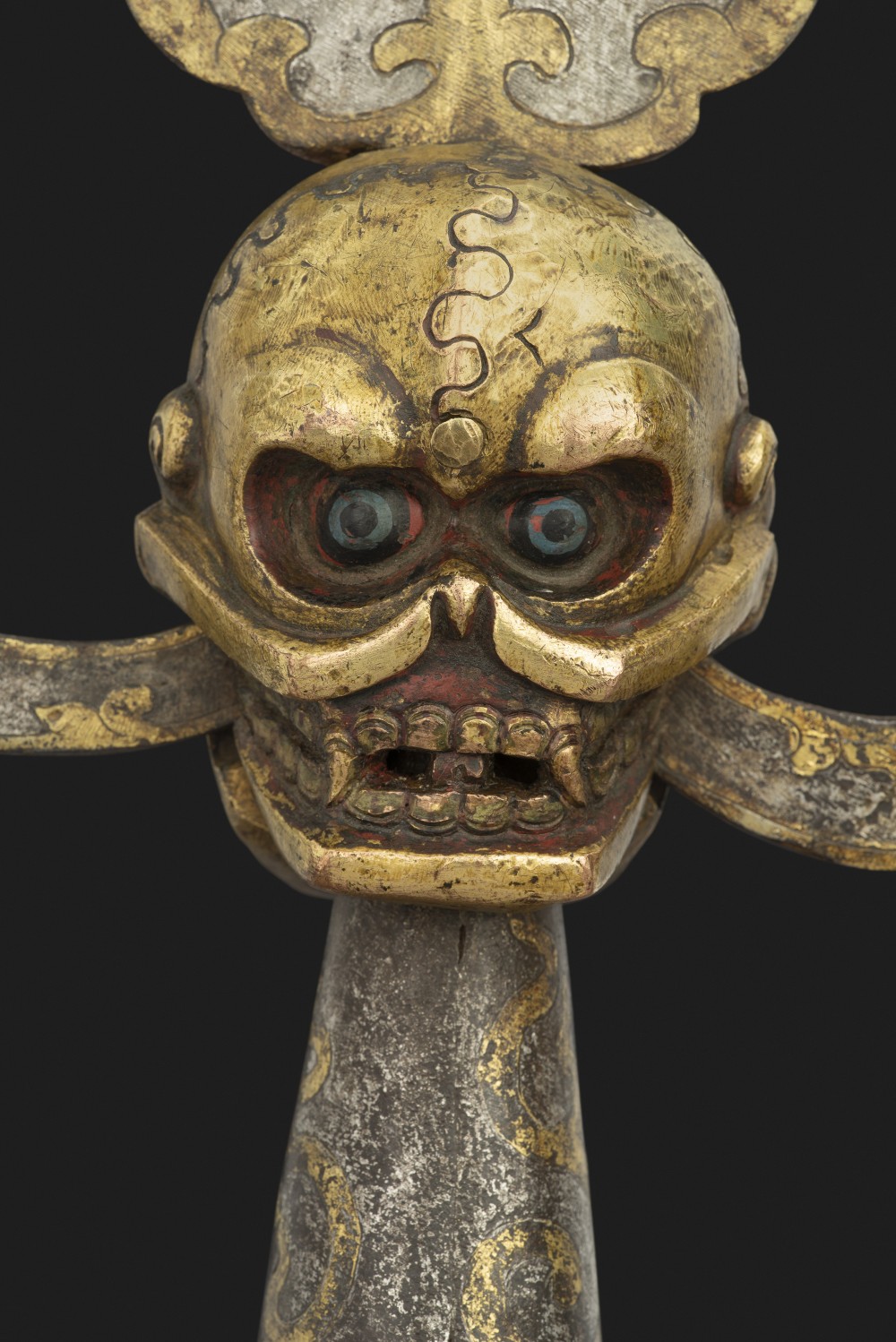 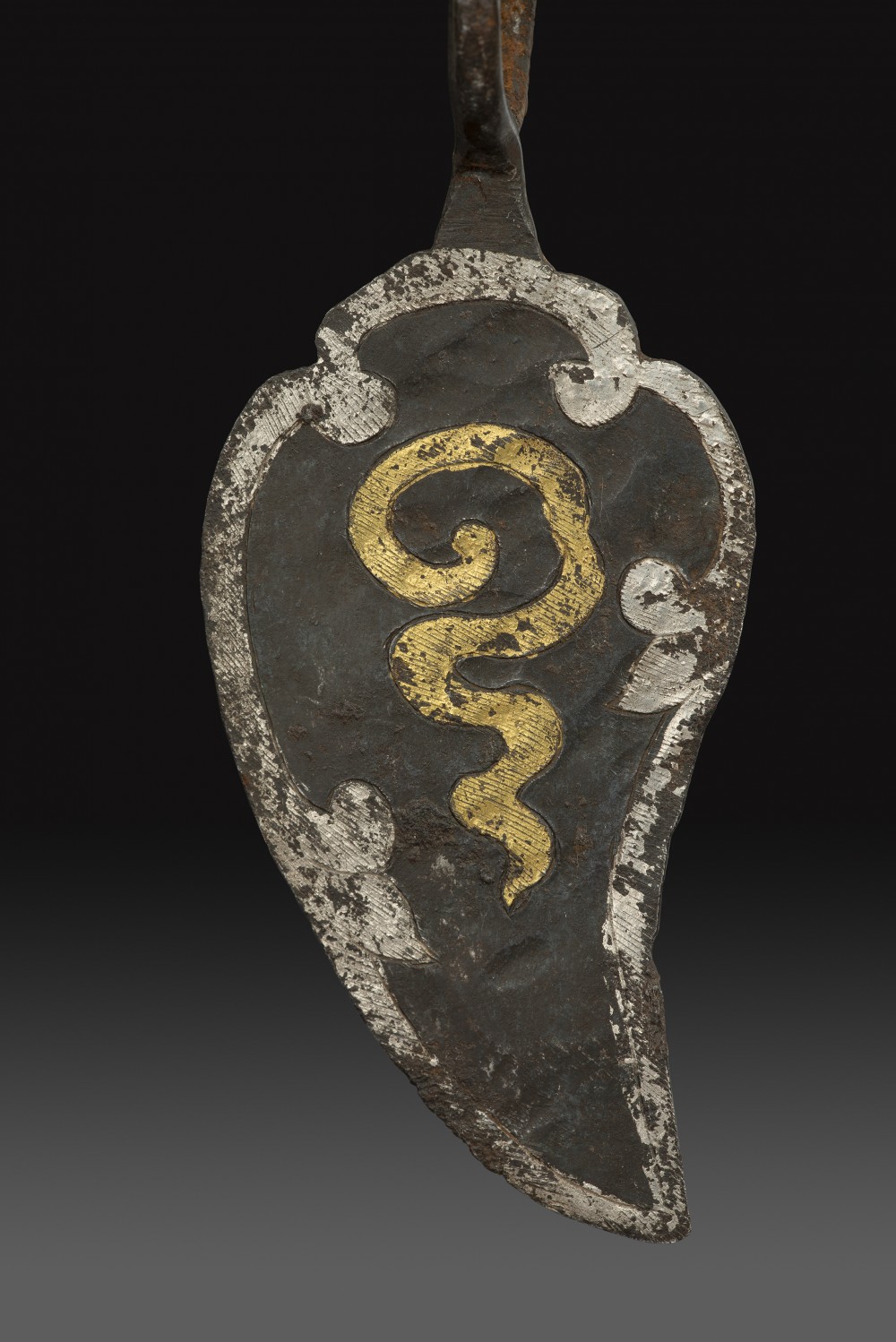 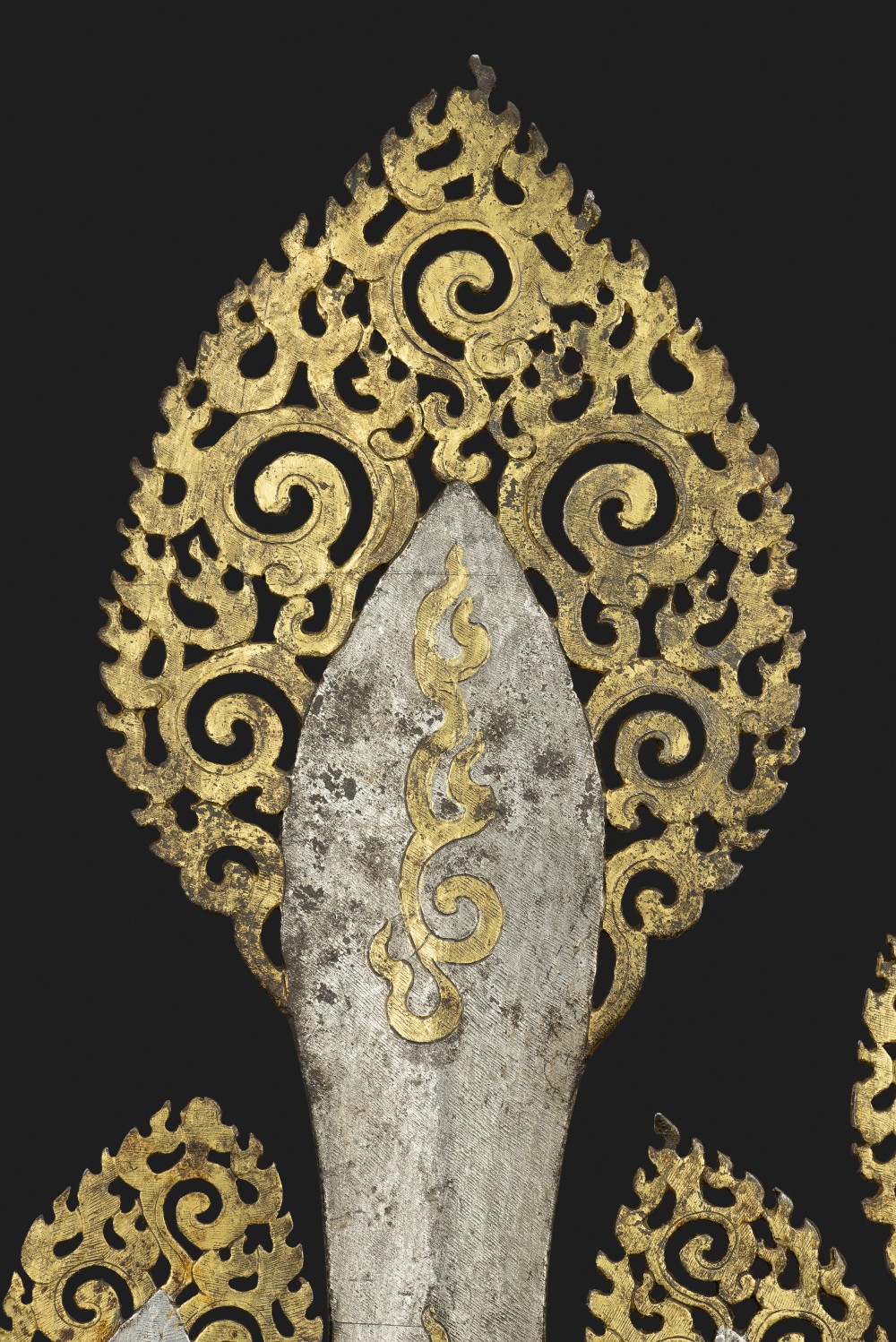 The trident was a weapon characteristic of the Hindu god Shiva and was adopted by Buddhism as the weapon of deities associated with Shiva such as Vajrabhairava. The three points of the trisula symbolise Buddha, dharma and sangha (the monastic community) in Mahayana Buddhism, the 'three roots', guru, vidam and the dakini of Tibetan Vajrayana Buddhism. Usually fitted to a red sandalwood haft and fitted with a varja at the butt, such ritual trisulas frequently have a skull at the base and a red yak hair pennon and silk streamer at the junction with the haft. The pendant bangles derive from the Shaivite practice of giving earrings or bangles to symbolise renunciation, in Buddhism the four representing the four immeasurables or Brahmaviharas (equanimity, love, compassion and joy) two the union of the two truths. An almost identical example is in the collection of the Musée Guimet, Paris.