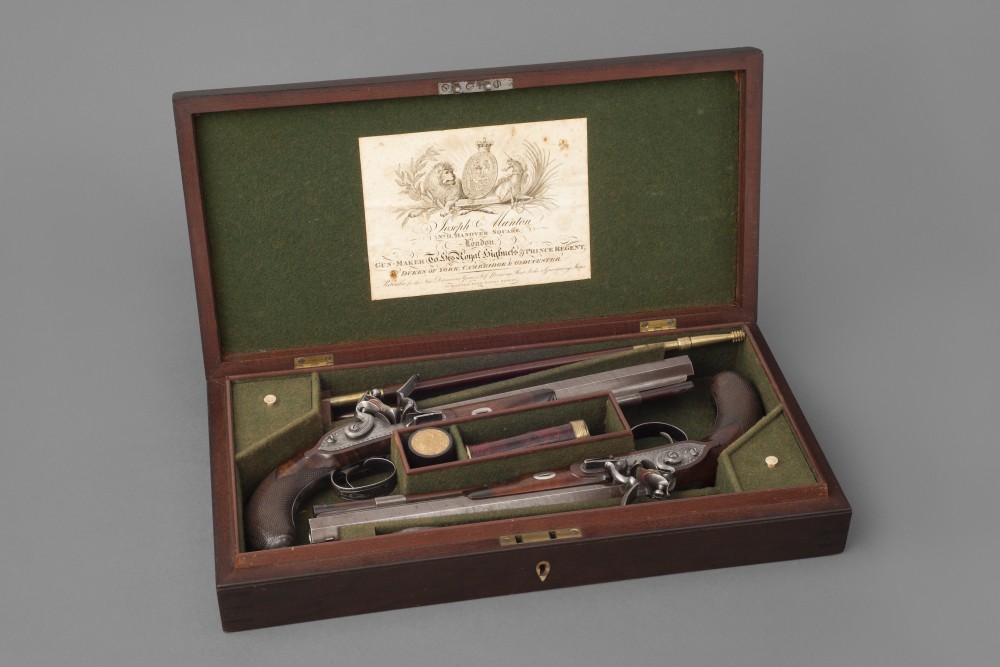 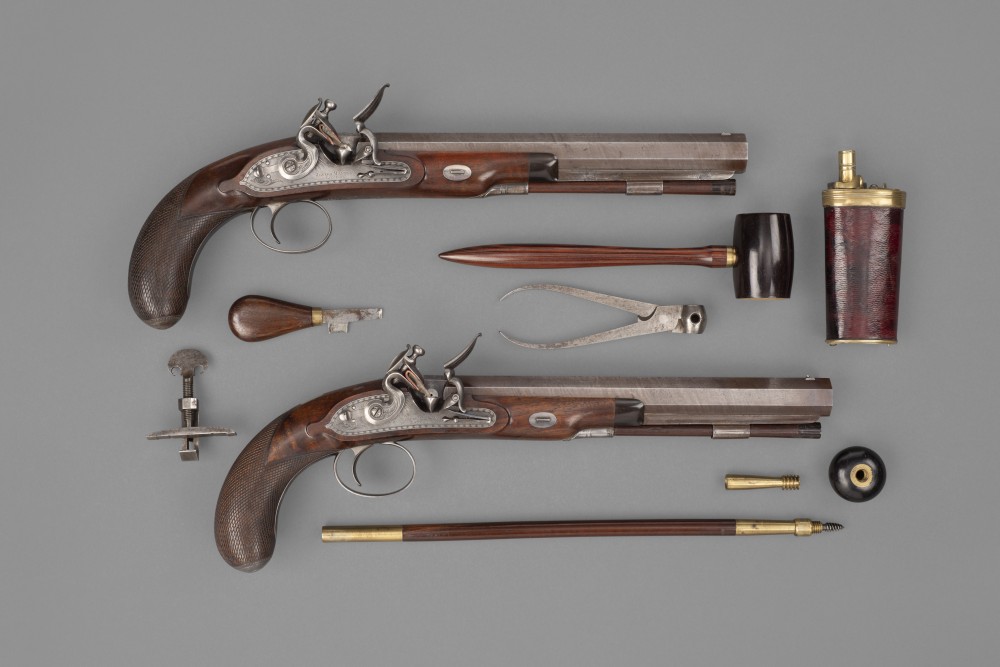 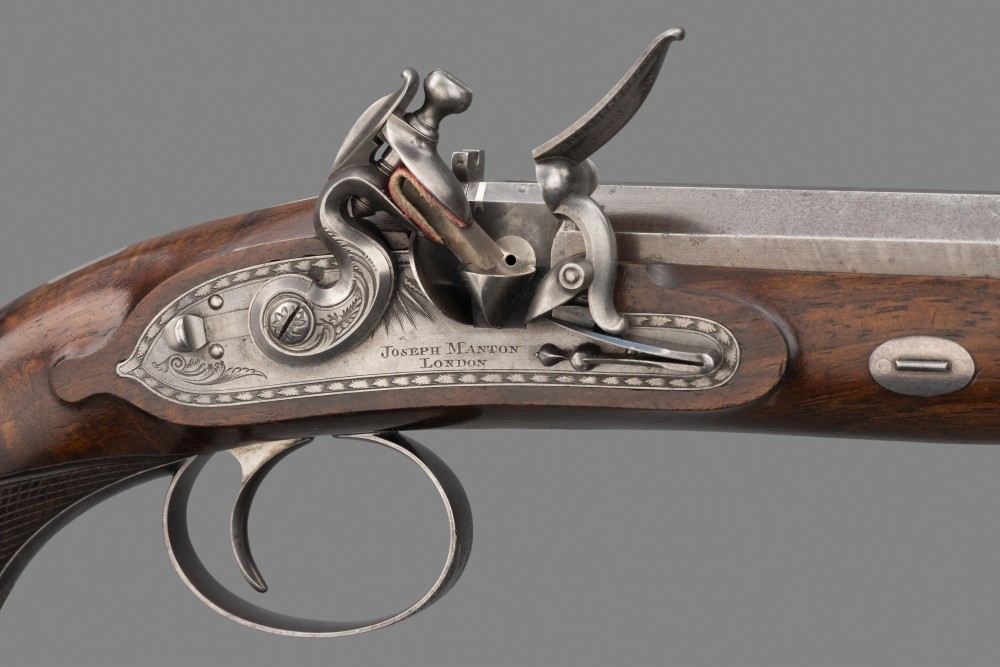 Marked with a platinum-lined maker’s stamp

This pair of pistols is recorded in the three most significant studies of Joseph Manton’s firearms, listed above.

A near-identical pair in their case, No. 6255 for 1814, is illustrated in Neal & Back 1967, colour plate 6 (opposite p. 224). The configuration of the case and the type of trade label in the lid are identical also. The label is in fact Joseph Manton’s third type, introduced in 1812 to reflect his patent No. 3558 for ‘Inverted Breeches and Gravitating Stops’.

The numbers which are engraved on the backs of the steels are from the serial numbering sequence of the externally contracted lock engraver, most probably William Leykauss. Leykauss engraved locks for nearly all of the leading London gunmakers of the period, a fact he attested to in the evidence he gave in the legal proceedings of Manton v. Parker, 6th July 1814: see Neal & Back 1978, pp.139-142. For a tabulation of the numbering of the steels of Joseph Manton’s flintlock firearms see Back 1993, pp. 75-6.

Joseph Manton (1766-1835) was the younger brother of the renowned gunmaker John Manton. In the course of his apprenticeship Joseph had been turned over to his brother in about 1784, serving the remainder of his apprenticeship for probably another four years. Thereafter Joseph worked initially for John before setting up on his own in Davies Street, Berkley Square, in the summer of 1791 and commencing business in the following year.

These pistols have scratch rifled browned twist octagonal sighted barrels, forged by Charles Lancaster, with case-hardened recessed patent breeches, each with platinum line and touch-hole, and with platinum lined maker’s stamp. The engraved case-hardened tangs each incorporate the back-sight. The signed engraved case-hardened detented locks each have a safety-catch and rainproof pan, and the steels are each engraved ‘Joseph Manton Patent’ and numbered respectively 8028 and 8029. The figured walnut half-stocks have chequered butts, fitted with engraved blued iron mounts including, serial numbered (6255) trigger-guards, silver escutcheons, and blued trigger-plates each with pineapple finial. This pistols have horn fore-end caps and original horn-tipped ramrods, and sit in their original lined and fitted serial numbered mahogany case with accessories including associated four-way flask covered in red leather. The lid shows a trade label for 1819-20 and is fitted on the outside with flush fitting carrying handle and circular escutcheon.