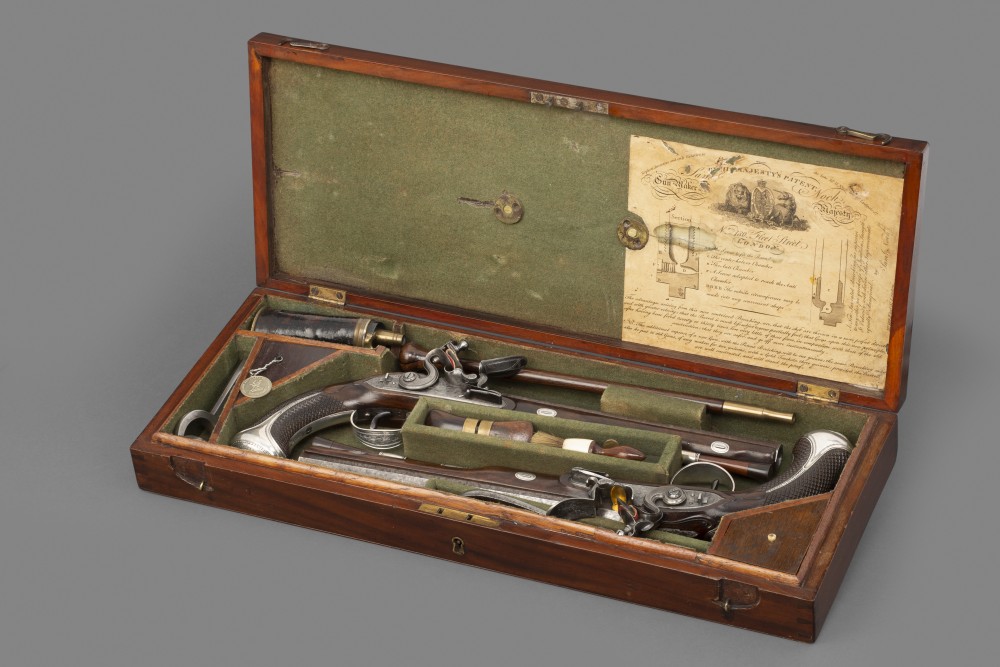 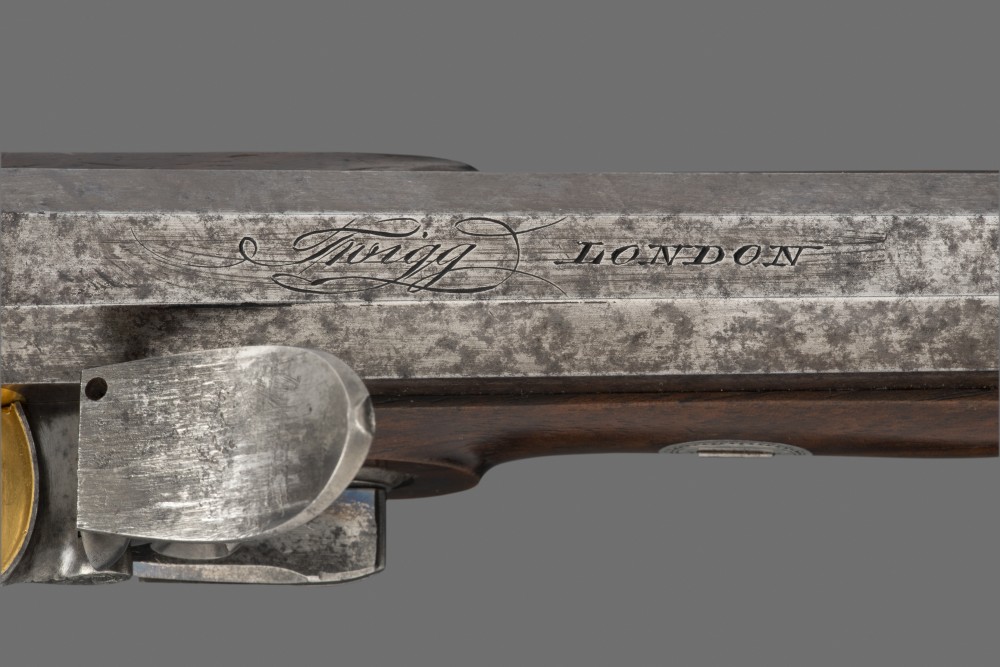 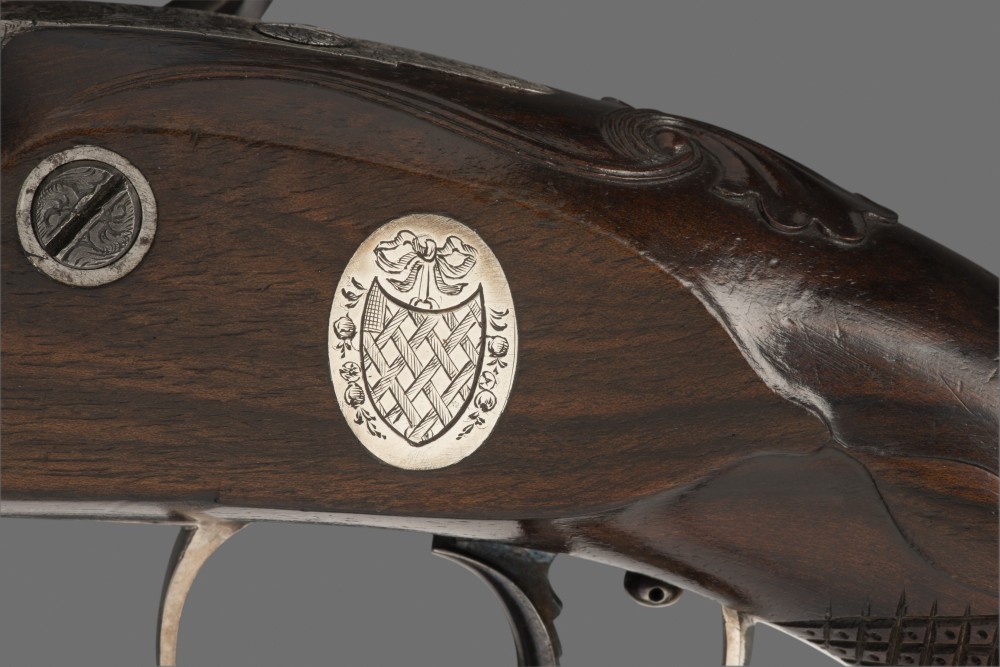 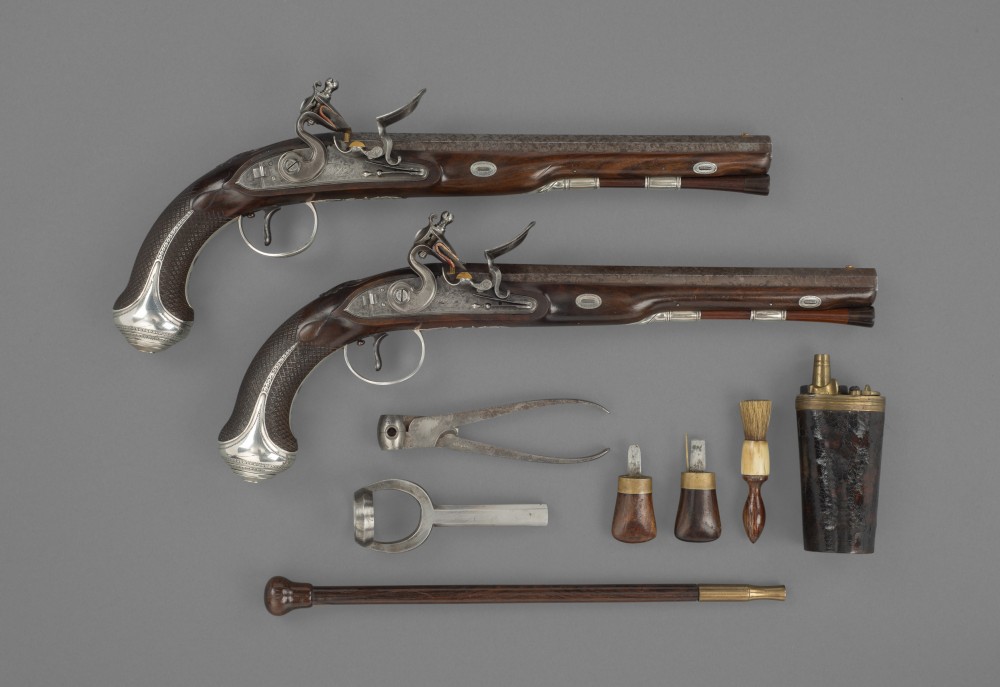 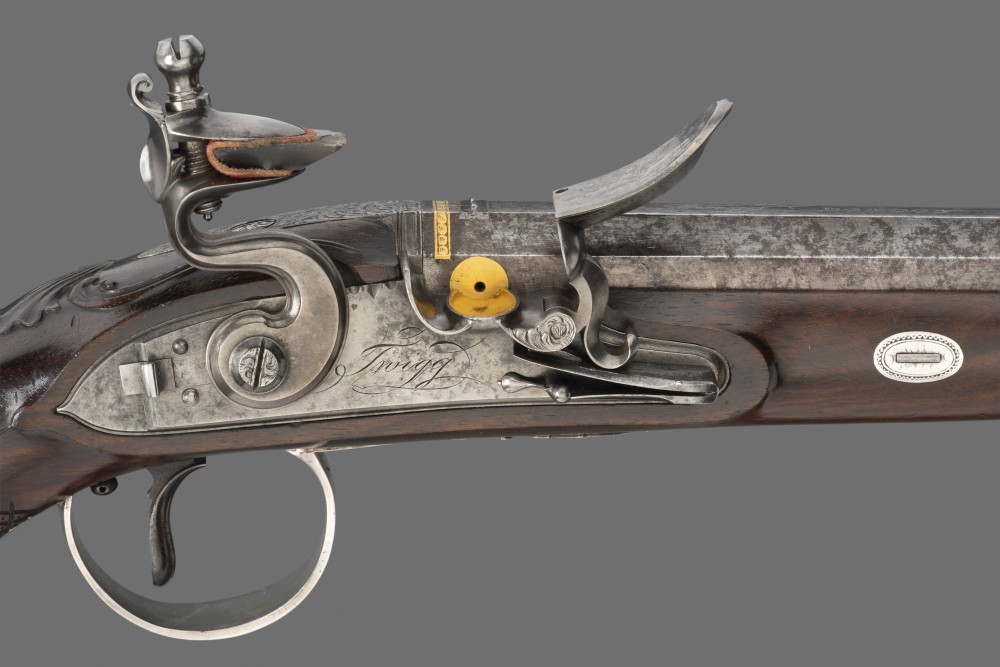 John Fox Twigg was born in Grantham, Lincolnshire, in 1732 and a little over twenty years later had established a business in London. He became one of the most celebrated gunmakers working there in the latter part of the 18th century. He was at Angel Court, Charing Cross from 1755 to 1759, moved to new premises at 132 Strand in 1760, and finally to his last address, in Piccadilly, in 1776. Twigg was a contractor to the East India Company from 1772 to 1789 and in 1788 formed a partnership with John Bass, but died just two years later. Bass continued to run the business at the Piccadilly address until his own death in 1794.