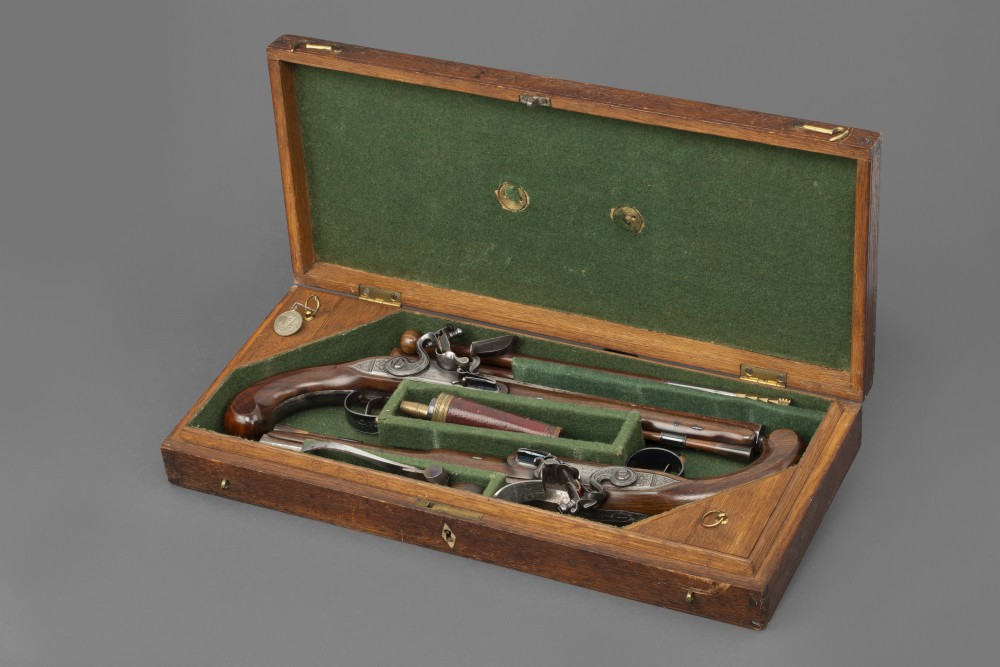 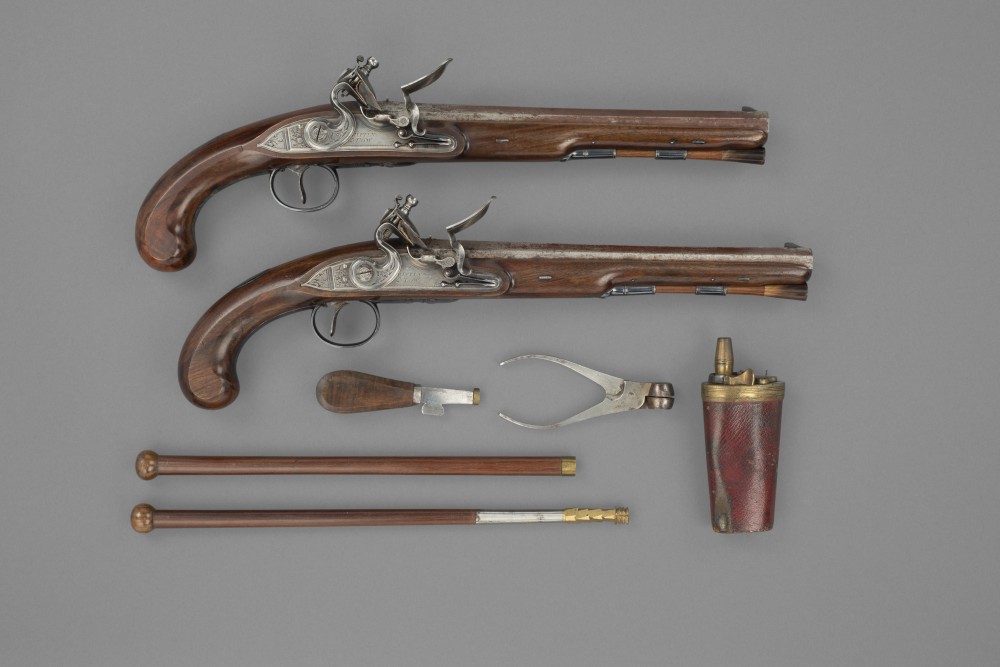 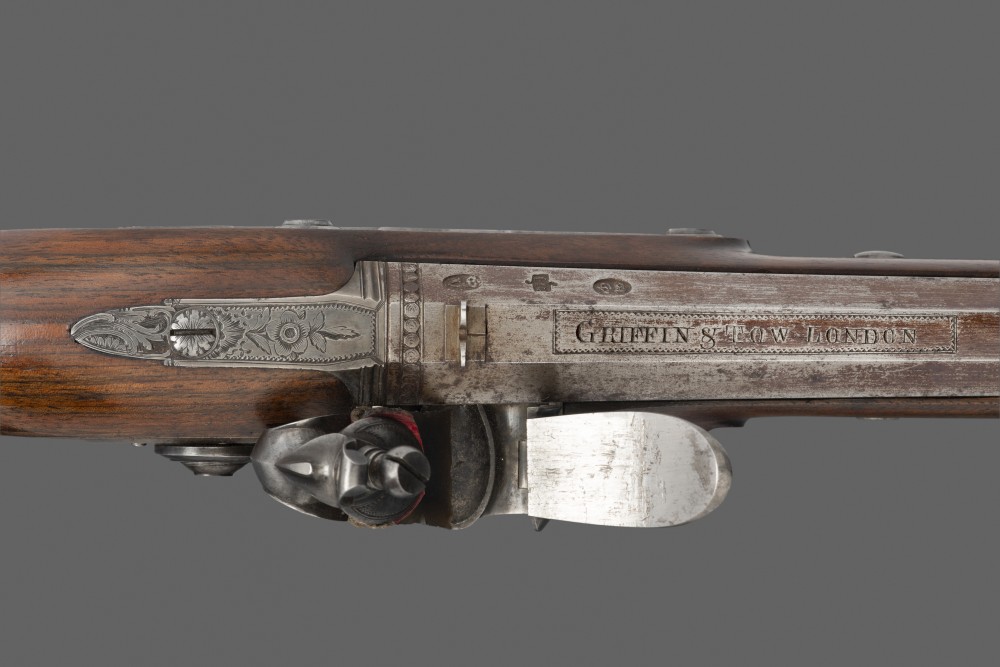 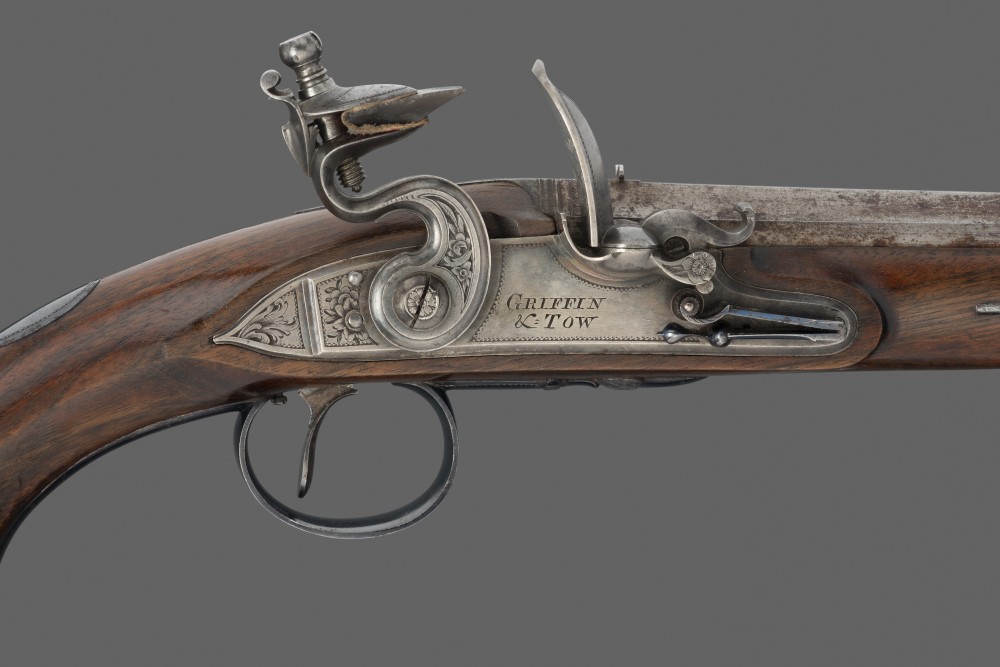 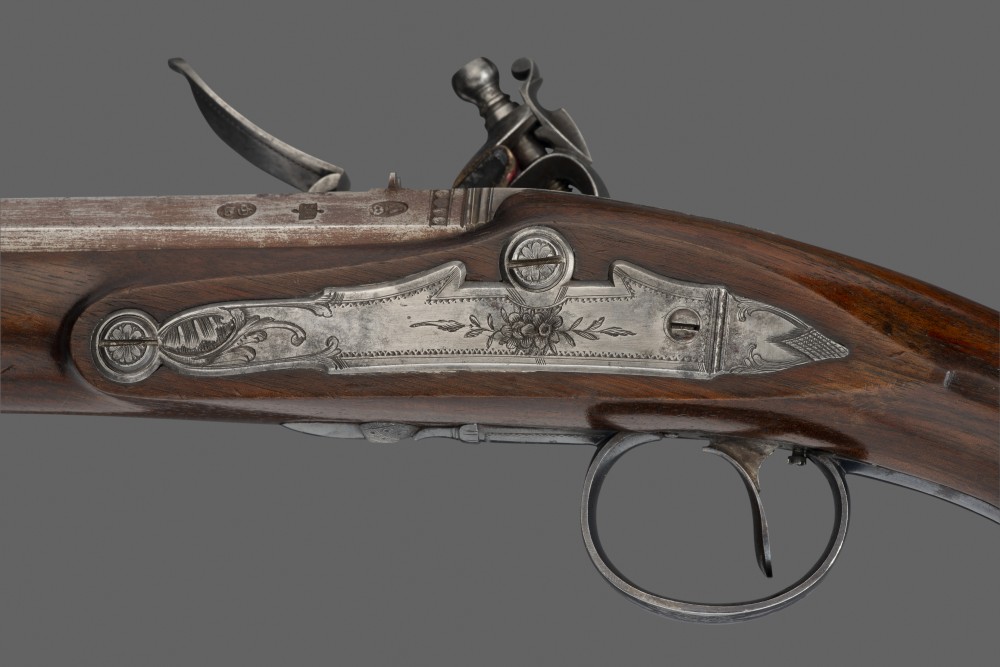 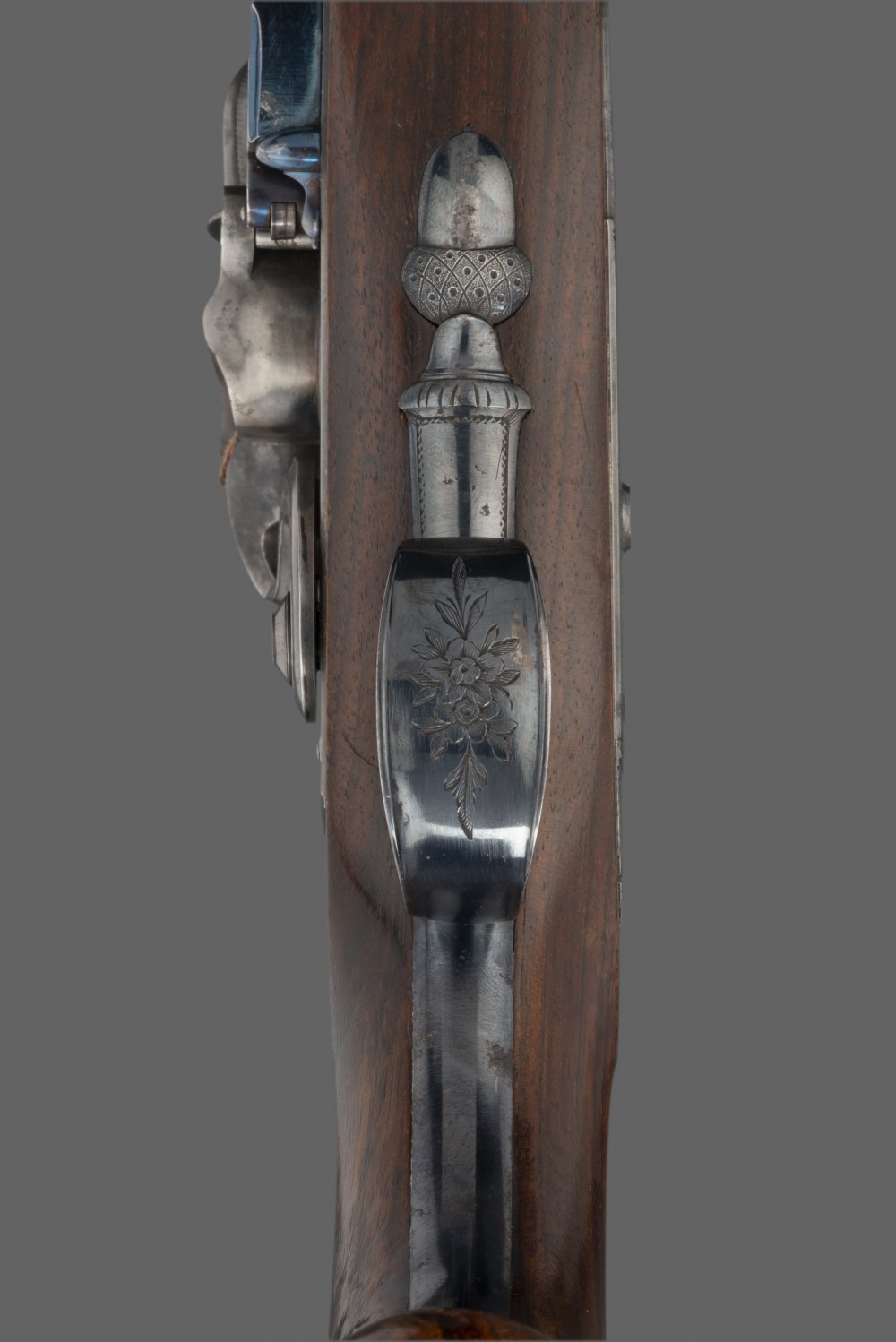 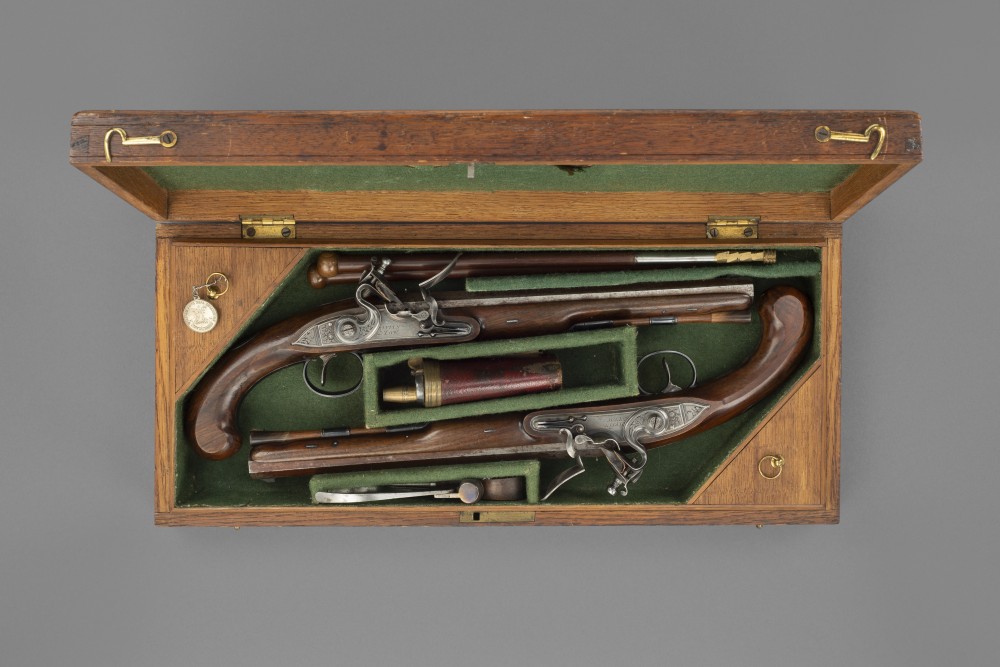 Griffin is one of the most resonant names from among the best London gunmakers of the 18th century. The firm was begun by Benjamin Griffin in Bond Street around 1735 and he is recorded in business until his death in 1770. He was joined by his son, Joseph, who had previously been his apprentice and who became free of the Gunmakers Company in 1750, his proof piece and mark being recognised in 1759, the year in which he was elected Assistant to the Company. In 1763 Joseph became Master of the Company and was also appointed Gunmaker to His Majesty (George III). After his father’s death Joseph took over the business, and by 1772 had formed a partnership with John Tow, an individual about whom little is known but who evidently had both social and business ties to the Griffin family. The partnership existed only from 1772 to 1782, when Joseph Griffin died, but John Tow continued as a gunmaker at the same address, 10 New Bond Street, until 1793, dying just two years later