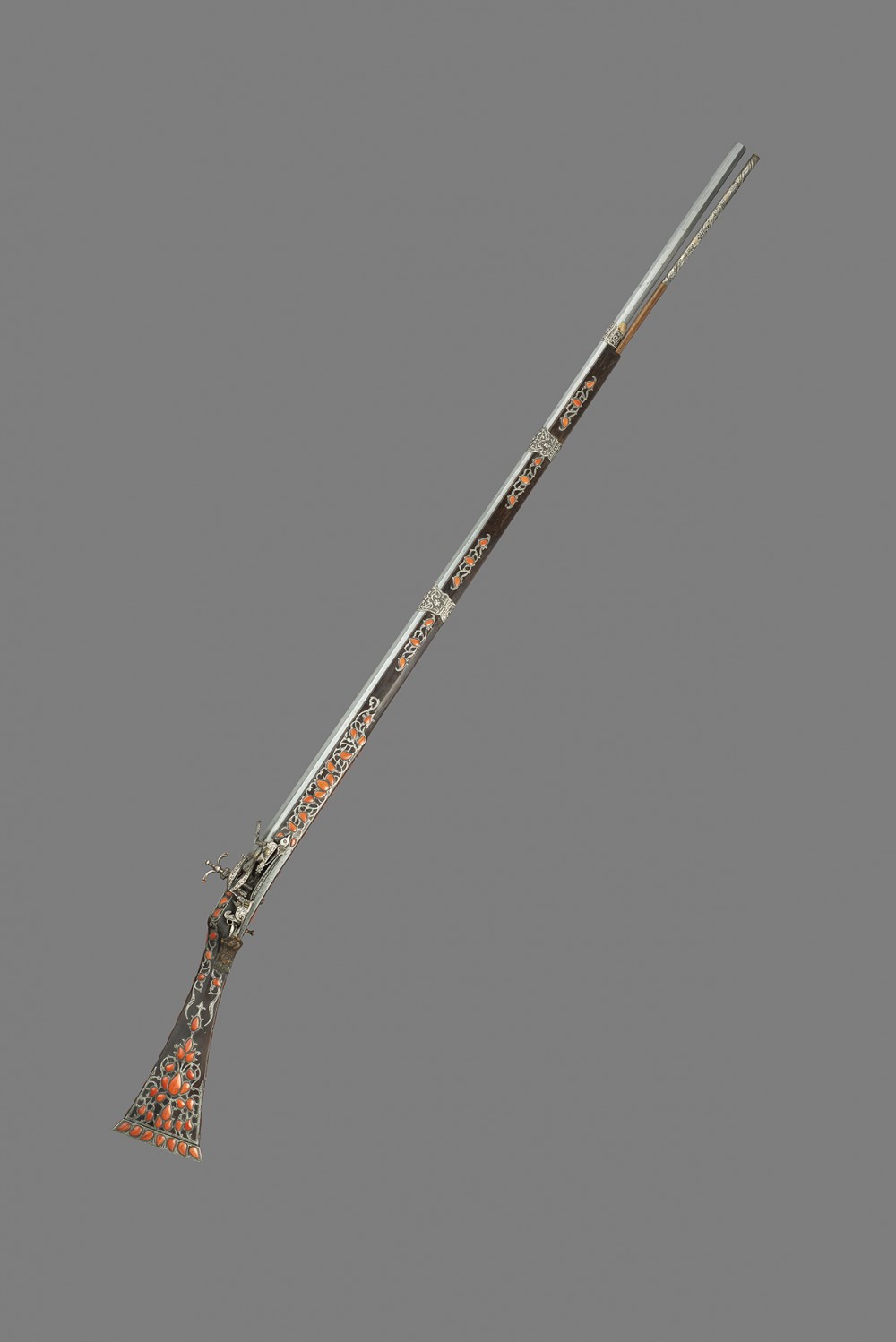 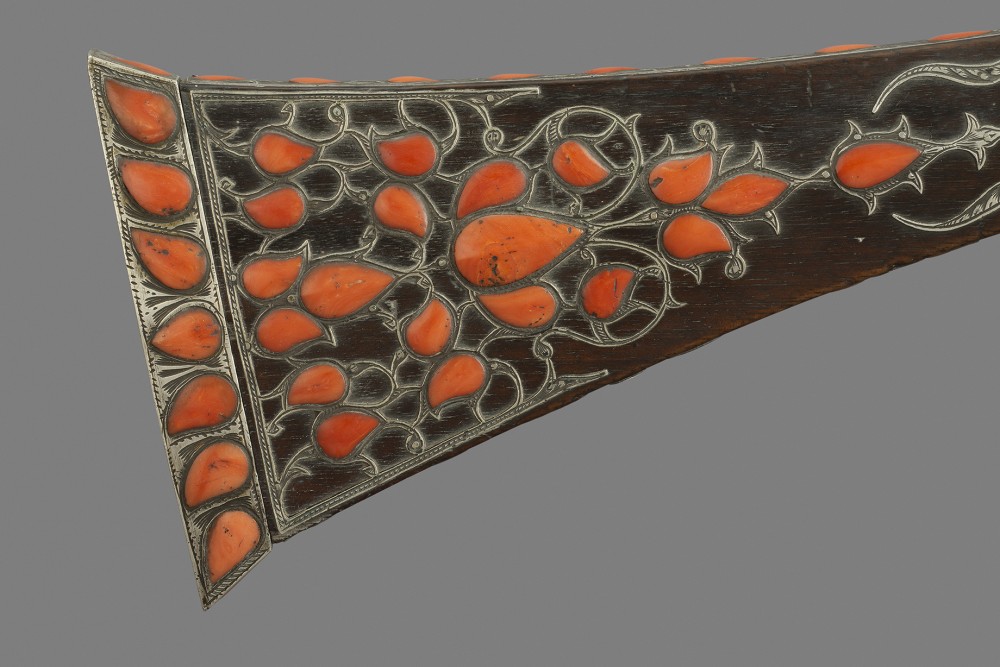 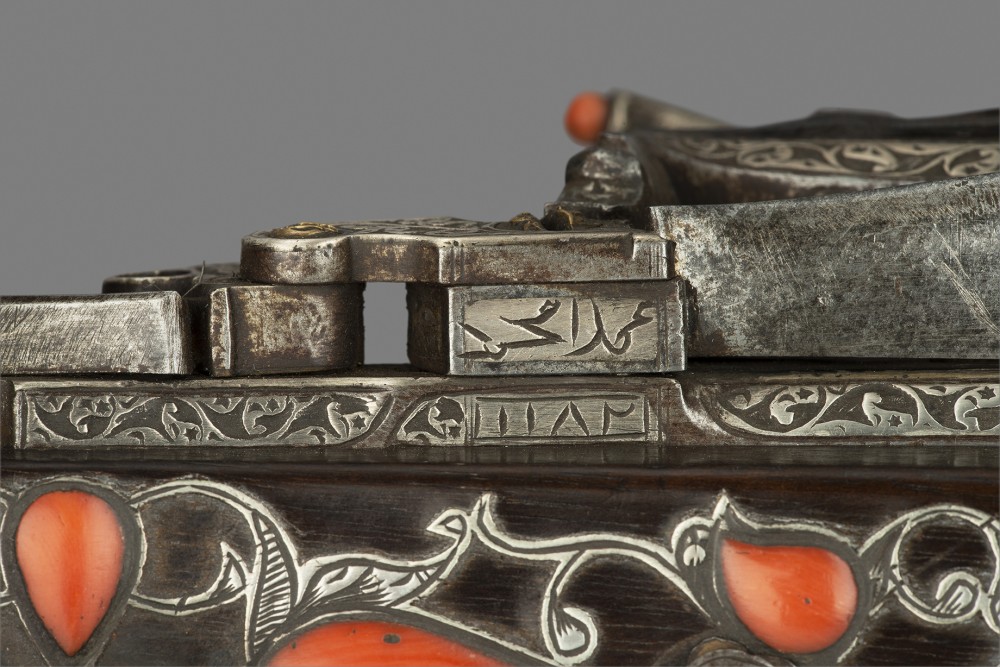 A closely comparable example is the silver-mounted gun set with coral which was presented to the Prince Regent, later George IV, by the Bey of Algiers in February 1811; this is now in the collection of H.M. The Queen at Windsor Castle (inv. no. CH2075). Another, closely comparable also, was presented to Thomas Jefferson, President of the United States of America by the Tunisian Ambassador Mellimelli on behalf of the Bey of Tunis in 1805-6, and is now in the Smithsonian Institution, Washington D.C. (inv. no. 2000-6339). The background to this last presentation was Ambassador Sidi Soliman Mellimelli’s highly colourful diplomatic mission to Washington D.C., as a result of which he successfully averted the impending threat of war between Tunis and the United States.