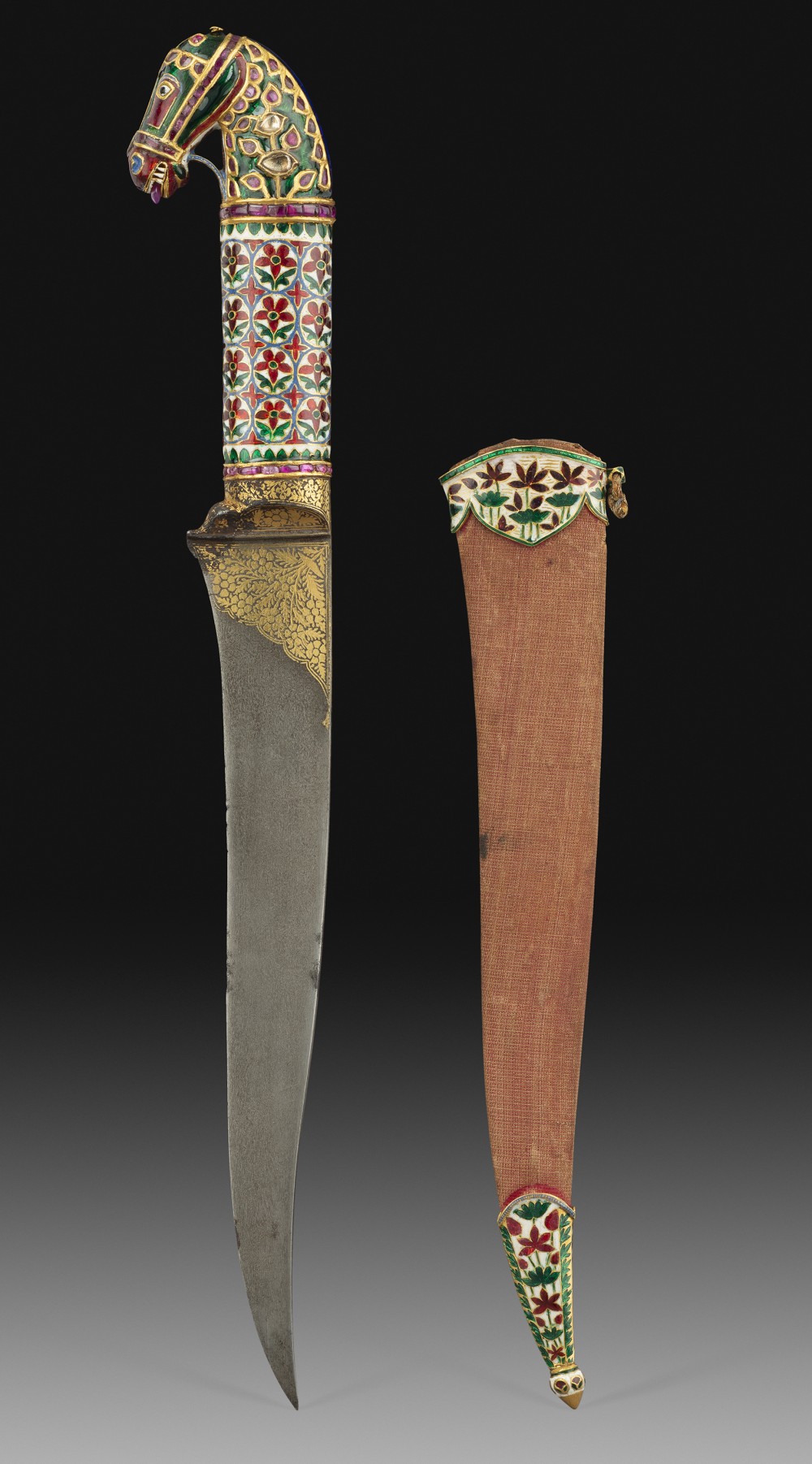 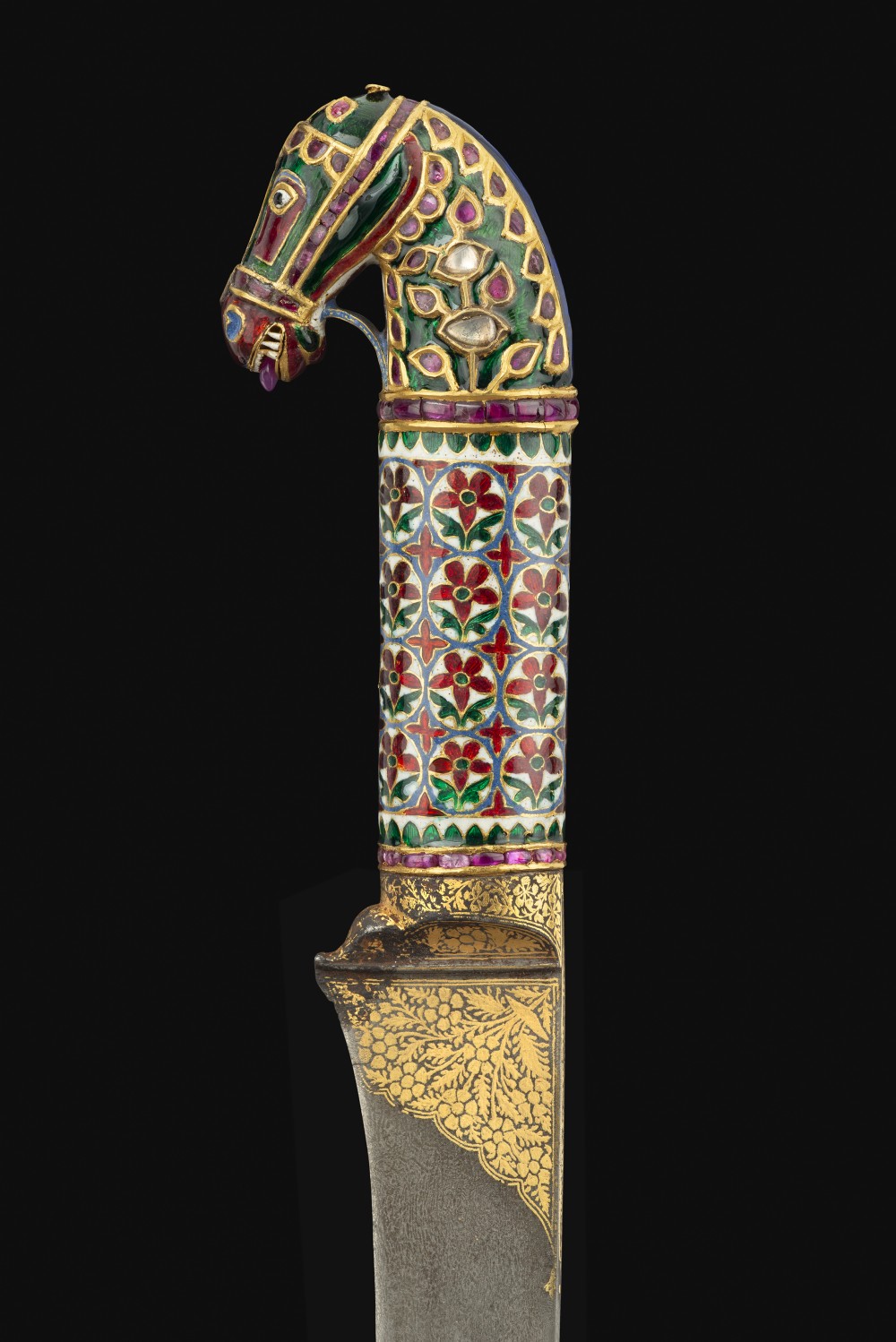 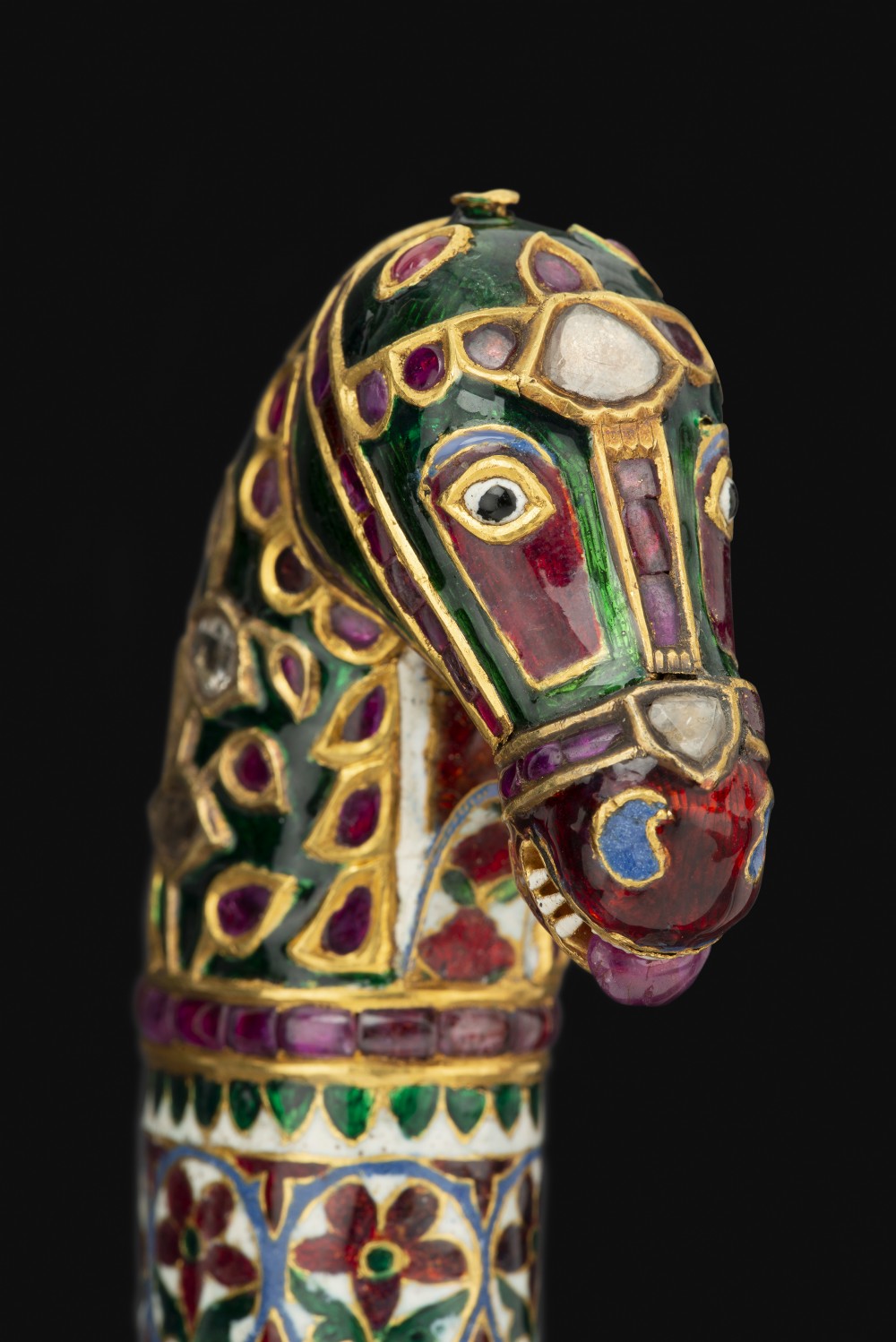 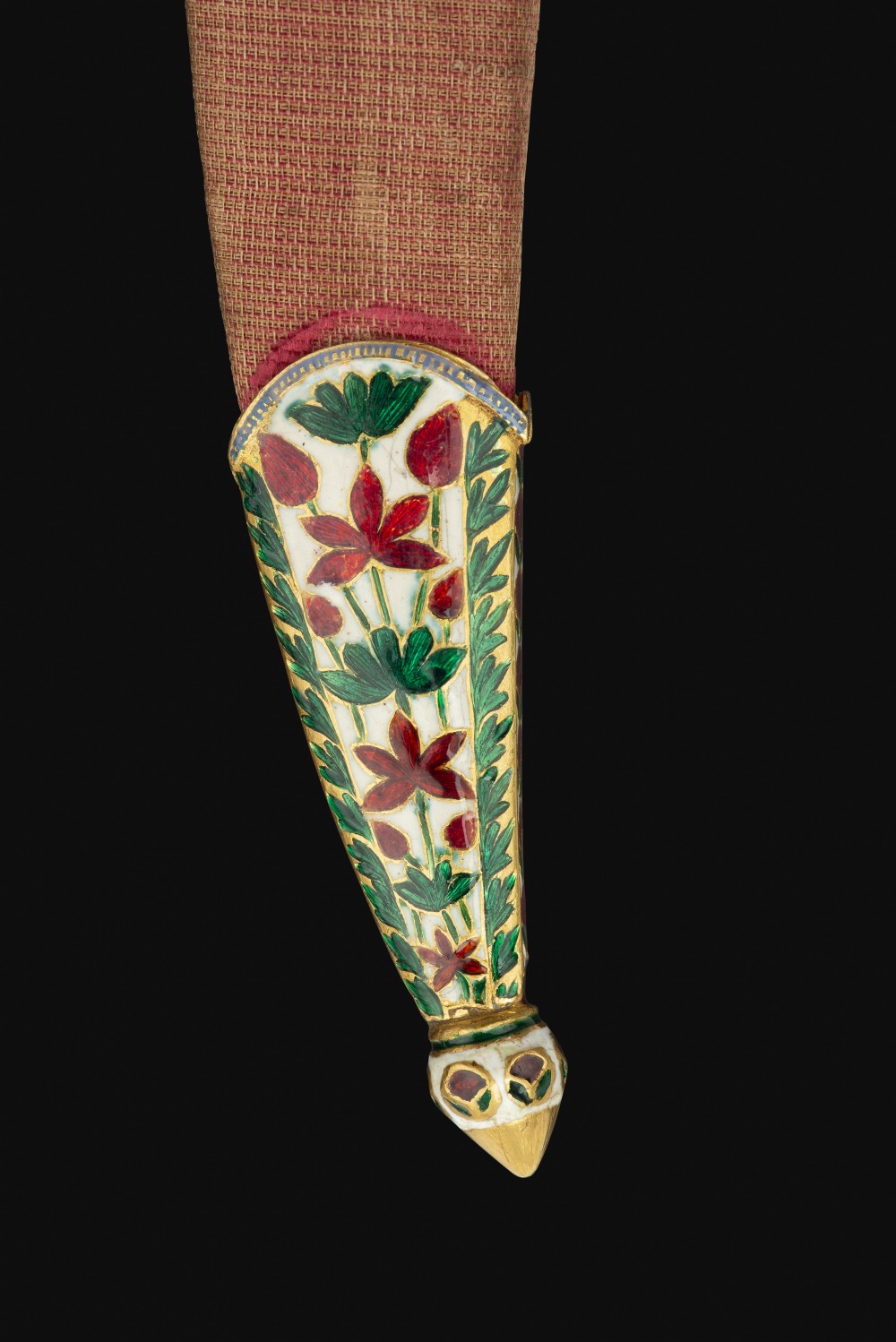 The code for fashionable dress of the nobility in northern India under the Mughals and their successor states included the wearing of highly decorated daggers which reflected the wearer’s social standing and prestige. Animal headed daggers became popular early in the 17th century and were reserved for nobles of the highest rank. A close study of Mughal miniature paintings reveals the restriction of these animal-headed daggers to a small number of princes and senior dignitaries (Welch 1985, 257–8). The most popular medium for the hilts of these daggers was jade, either nephrite or, later, jadeite, imported from Central Asia, reflecting the Timurid heritage of the Mughal court. Later more diverse materials became popular, and this dagger includes champlevé enamelling and stone incrustation in the kundun technique. Enamelling was introduced to India in the 17th century from Europe, and spread rapidly across the sub-continent. The enamelled floral motifs and colour palette used on this piece suggest the centre of Jaipur for its manufacture, and it can be related to a small number of quite similarly decorated pieces with animal hilts, including a ram’s head dagger in the Metropolitan Museum of Art, New York, no. 1970.180, and another with a tiger’s head in the Art Institute of Chicago, no. 2014.1197.