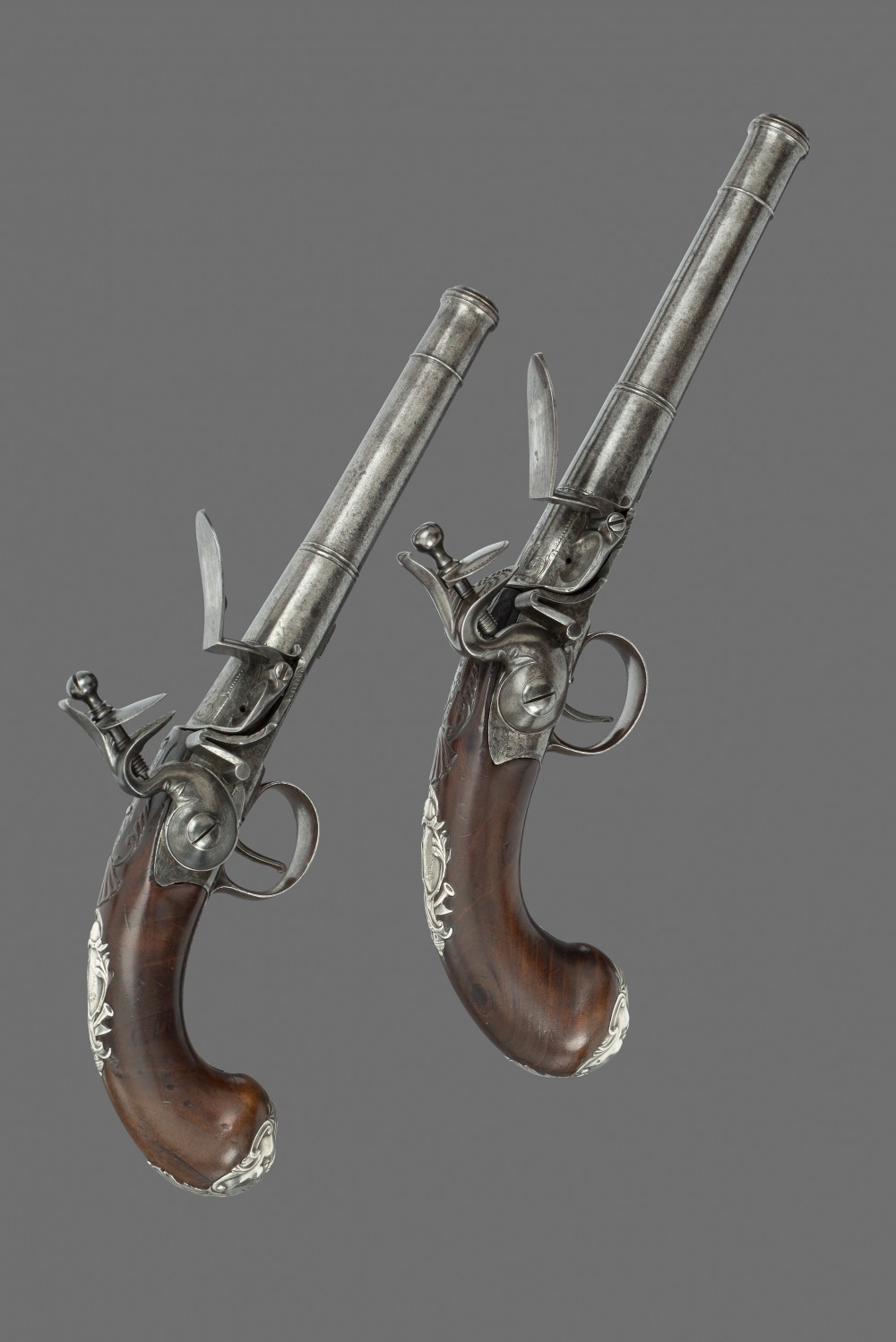 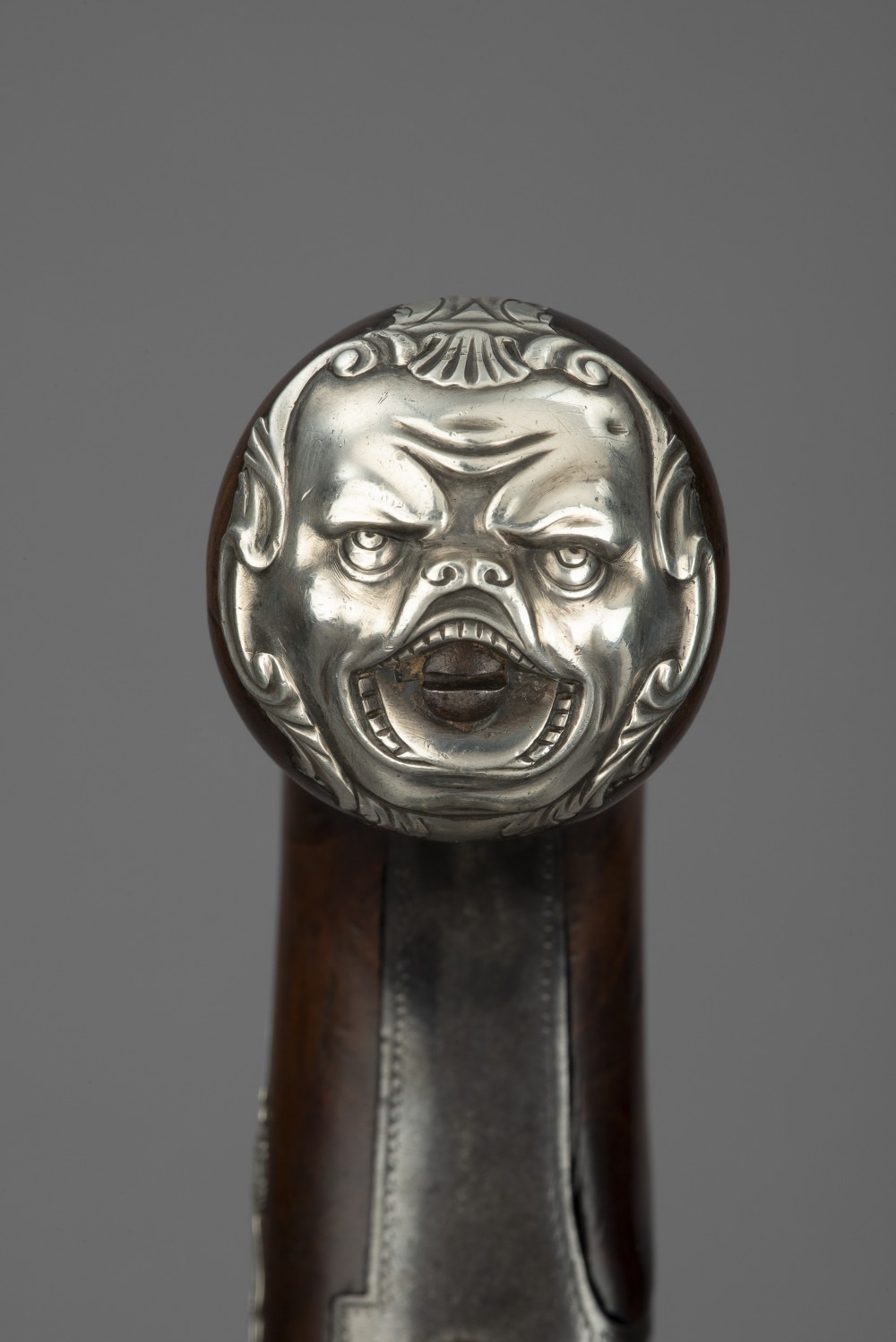 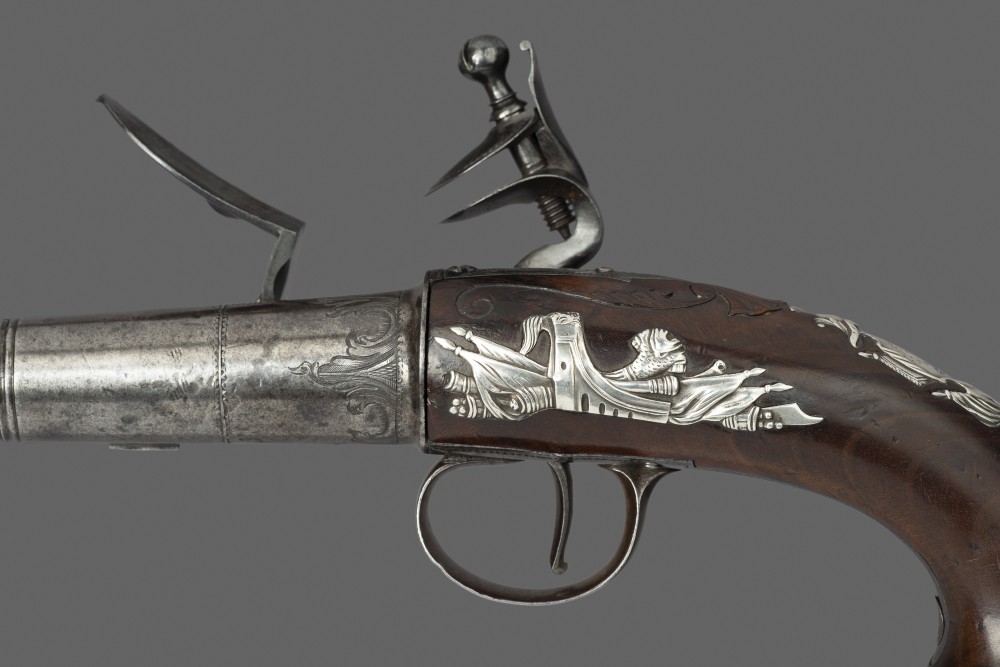 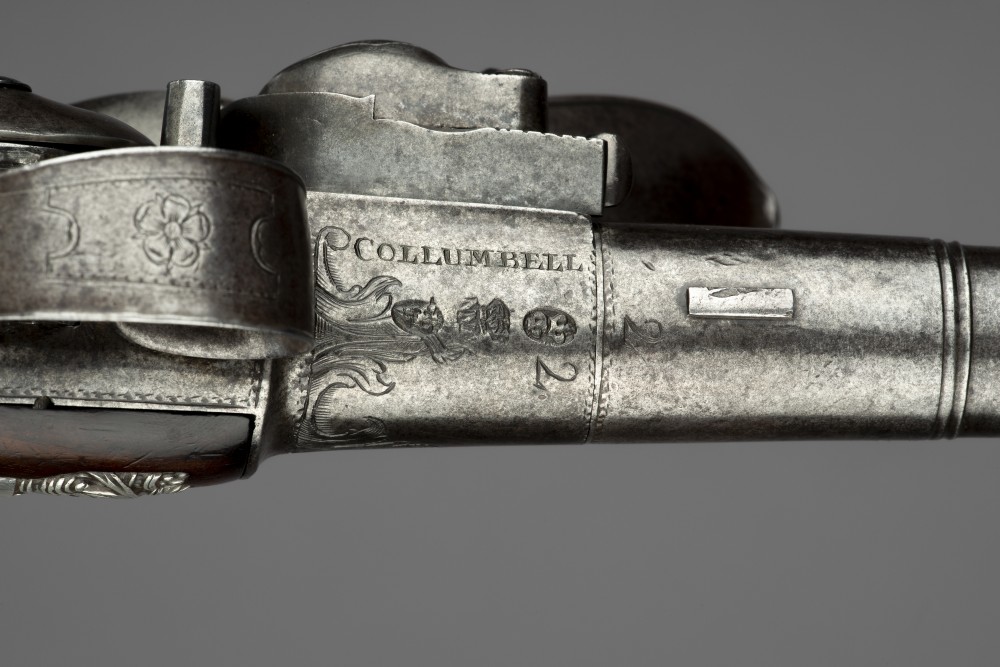 David Collumbell (Columbell or Cullumbell), is the only one of this name recorded among London gunmakers. He was apprenticed in 1712 to Gerrett Johnson and was probably the maker named ‘Columbine’ who in 1730 was permitted by the Gunmakers Company to prove guns as a ‘foreigner’. He was recorded as a gunsmith with an apartment in a house of a Mr Ferrel, milliner, in King Street, Westminster, the same street where by 1744 to at least until 1749 he had his business premises. In 1763 he was recorded as being located in Parliament Street, Westminster. He was listed as a contractor to the Ordnance in 1756 and to the East India Company in 1761. He died and his will proved in 1777.