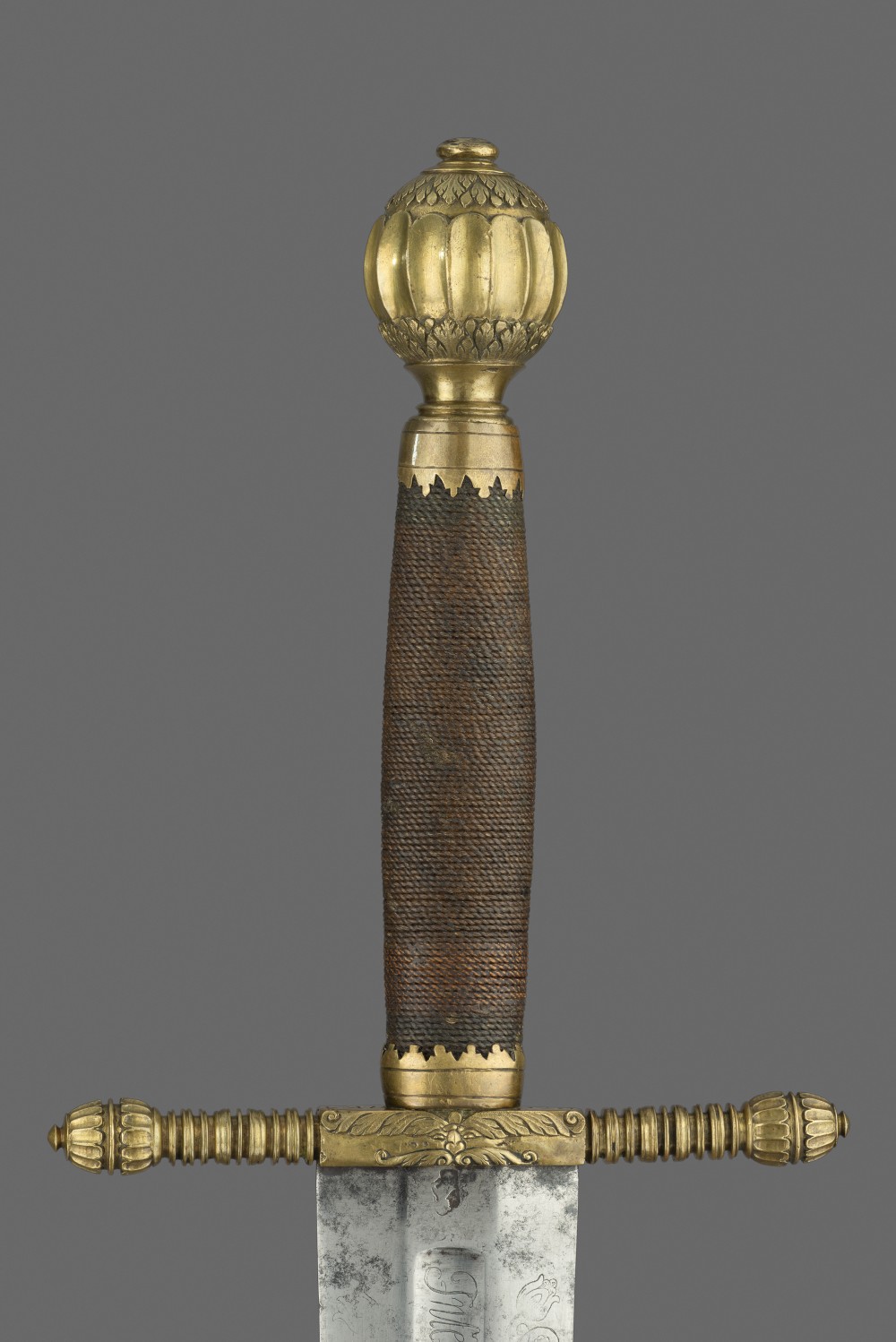 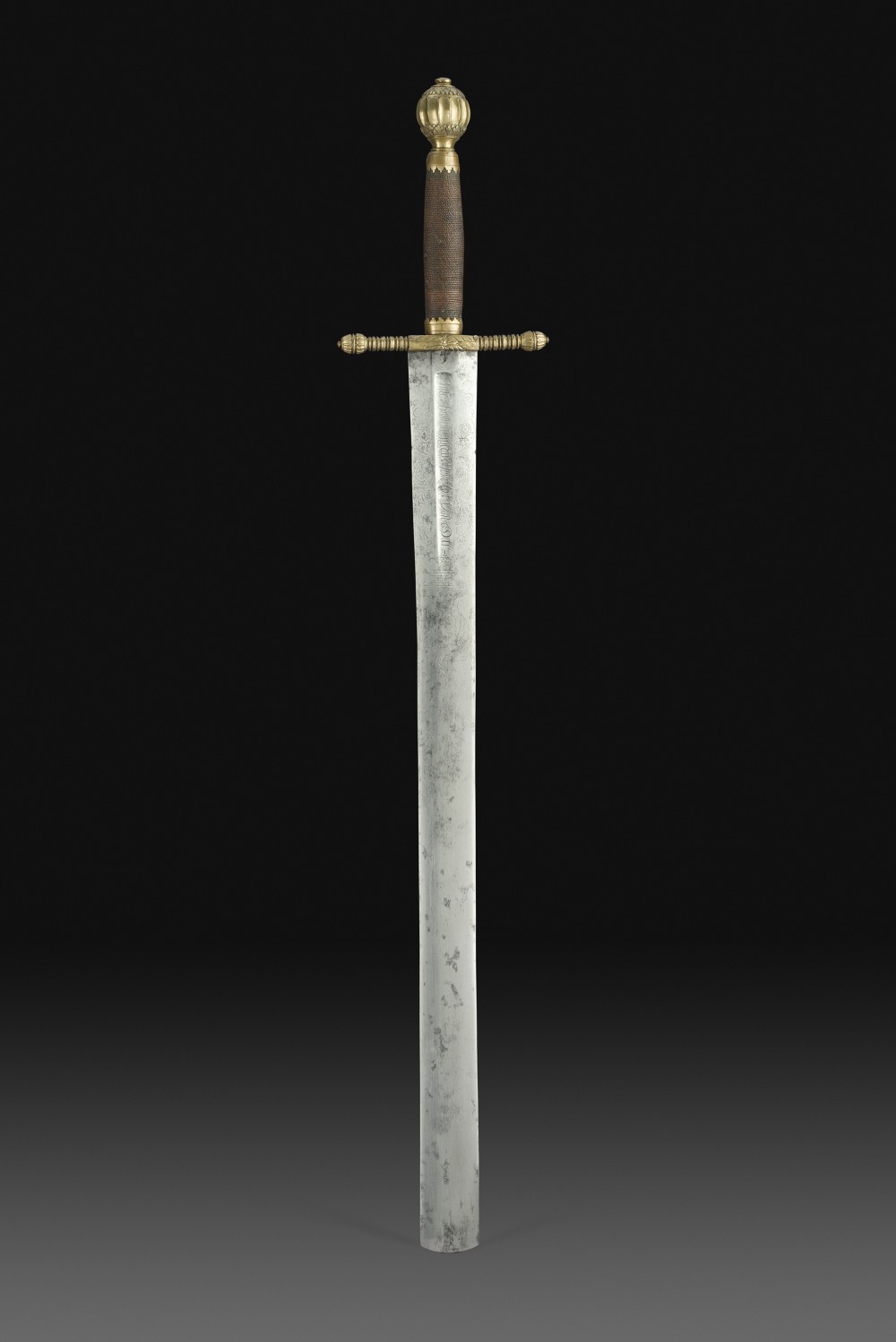 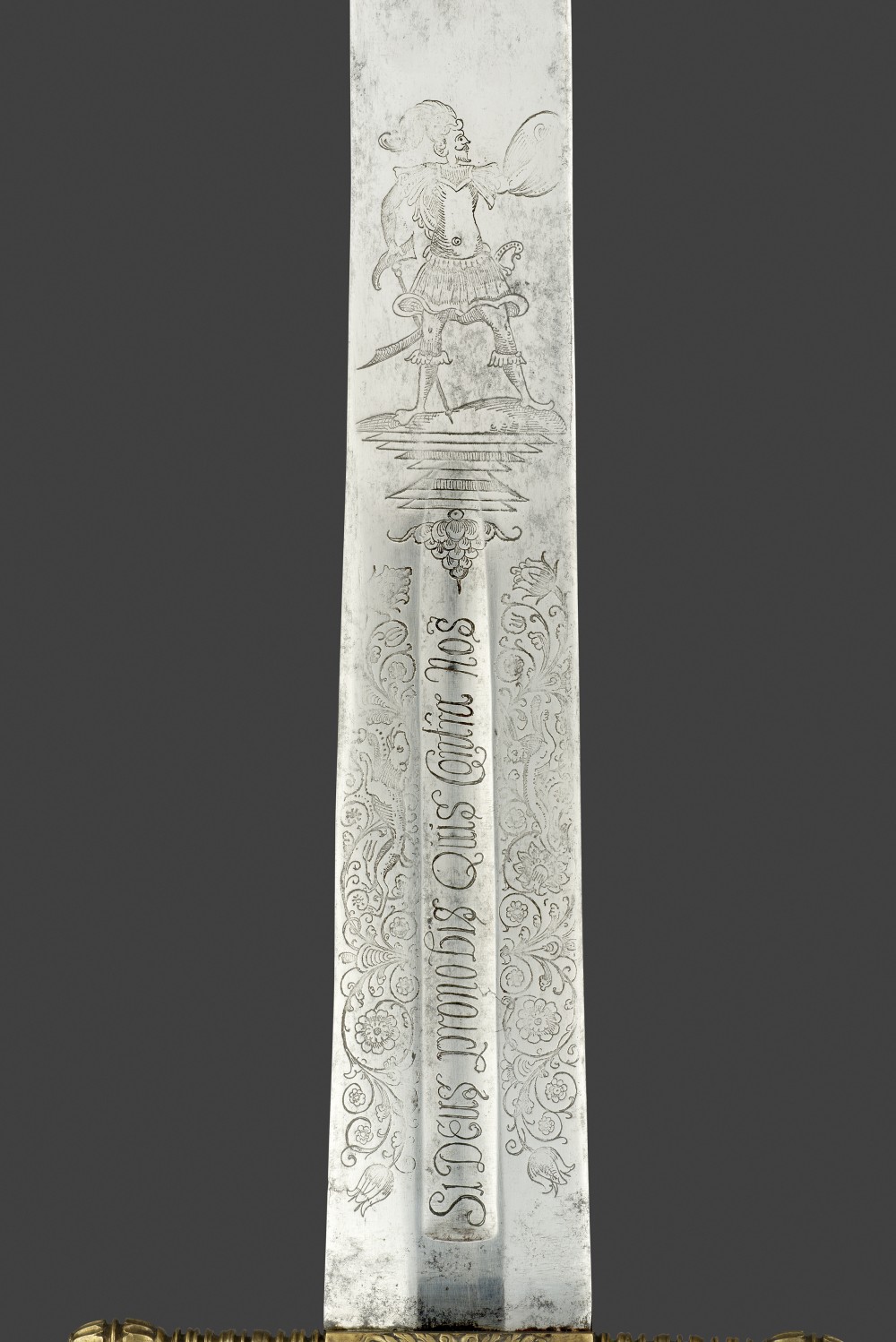 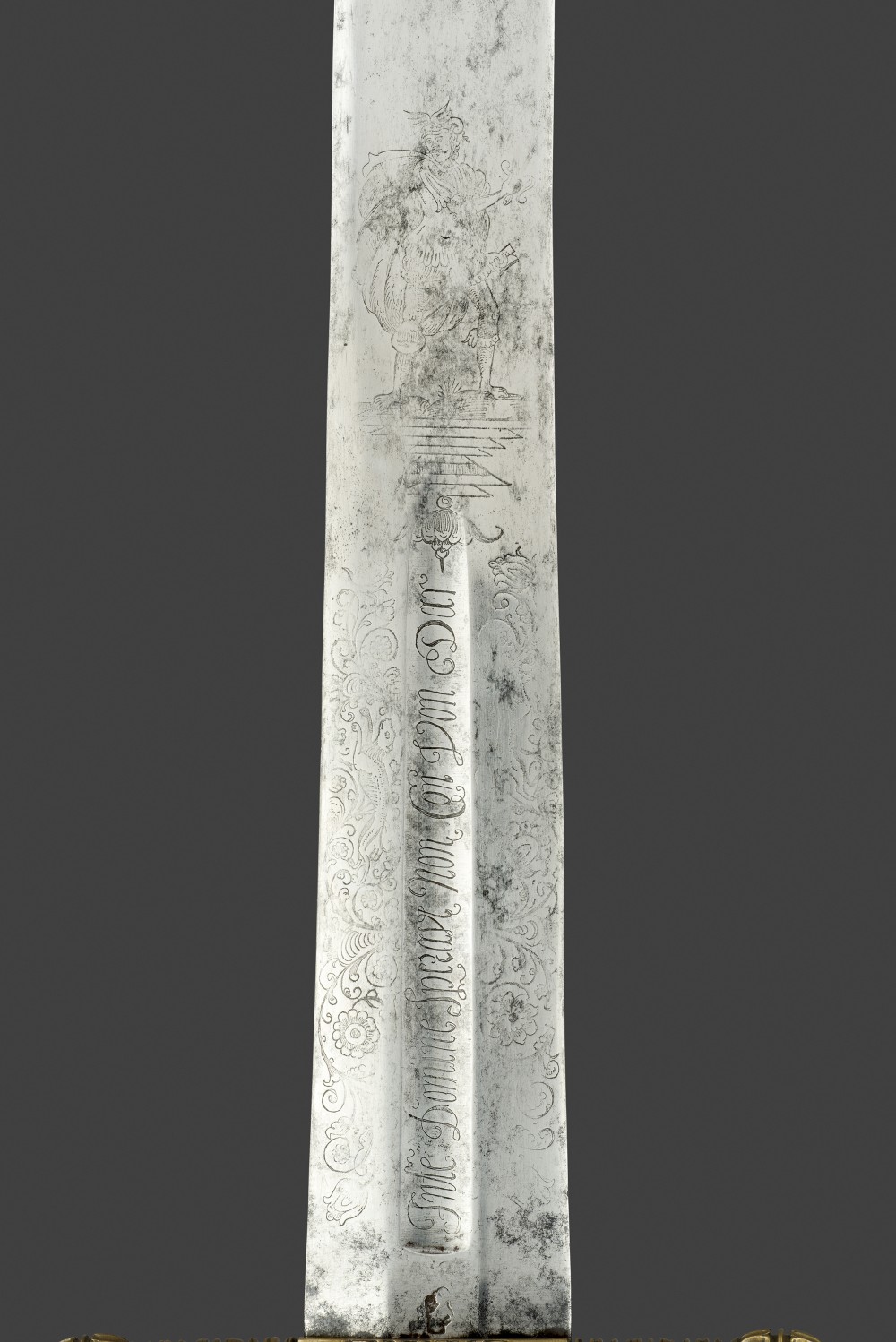 In its grim solemnity this sword of justice, or executioner’s sword, would have been displayed in civic ceremonies for all to know its purpose and the power of the judiciary. The style of the etched decoration on the blade of this example compares very closely with that of another Richtschwert in the city museum of Erlangen, in Bavaria (inv. V. 1977); the two are most likely from the same workshop. See Ulrich Kühn, ‘Das Richtschwert in Bayern’, Waffen- und Kostümkunde, 1970, Heft 2., no.11, pp.109-11, figs. 2,3,4.

in translation: ‘If God is for us, who is against us?’.

This is from the New Testament, the second line of St. Paul to the Romans, 8. 31.

is a foreshortened and slightly corrupted local rendition of ‘In te Domine speravi non confundar in aeternum’, in translation: ‘In Thee, O Lord, have I put my trust, let me never be put to confusion’.

These two sacred quotes would have been well-known to the population throughout the German regions and their inclusion on this blade would have been intended to give this sword suitable Christian gravitas, reinforcement of its status as an emblem of authority and the rule of law, as much as being its ultimate instrument.