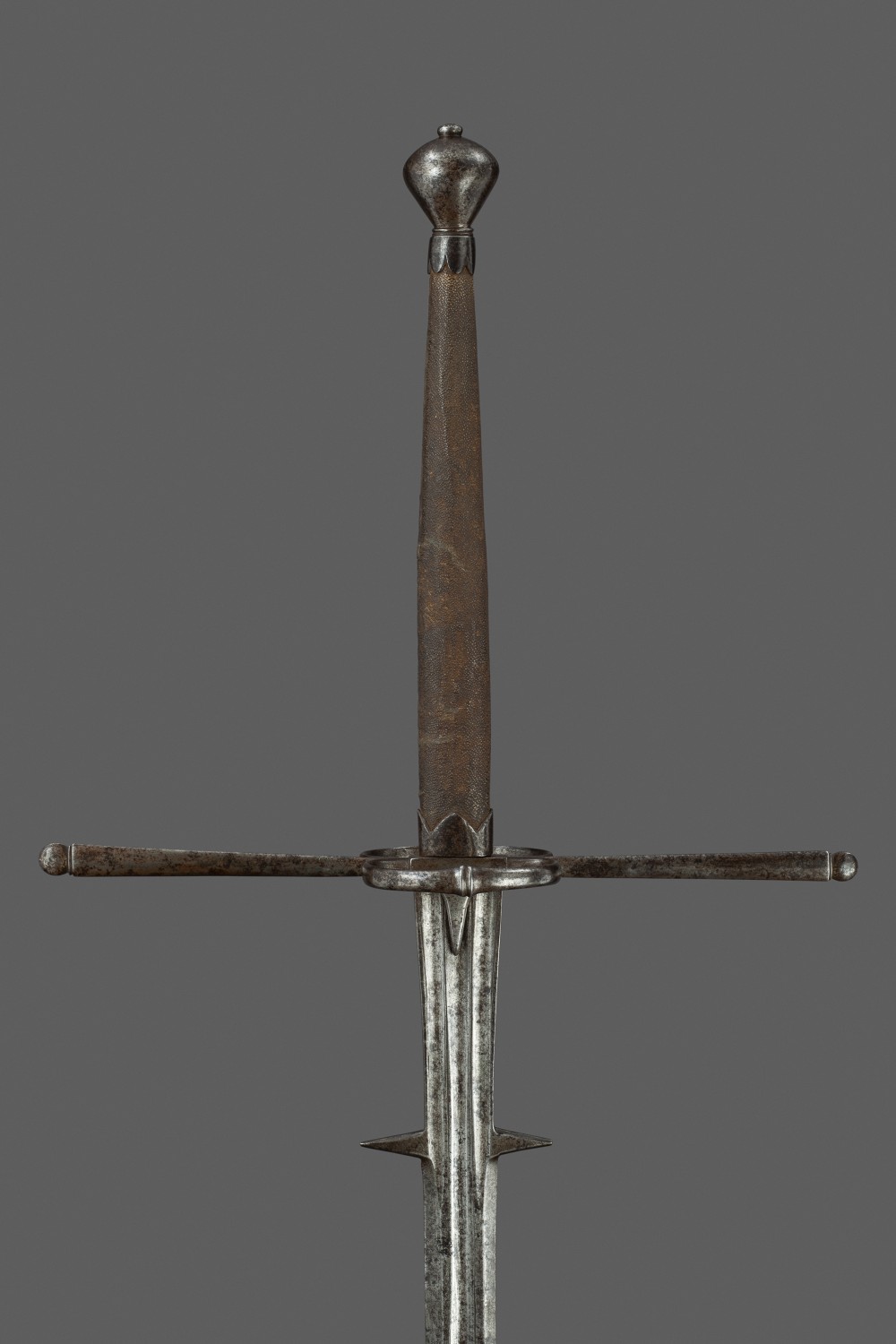 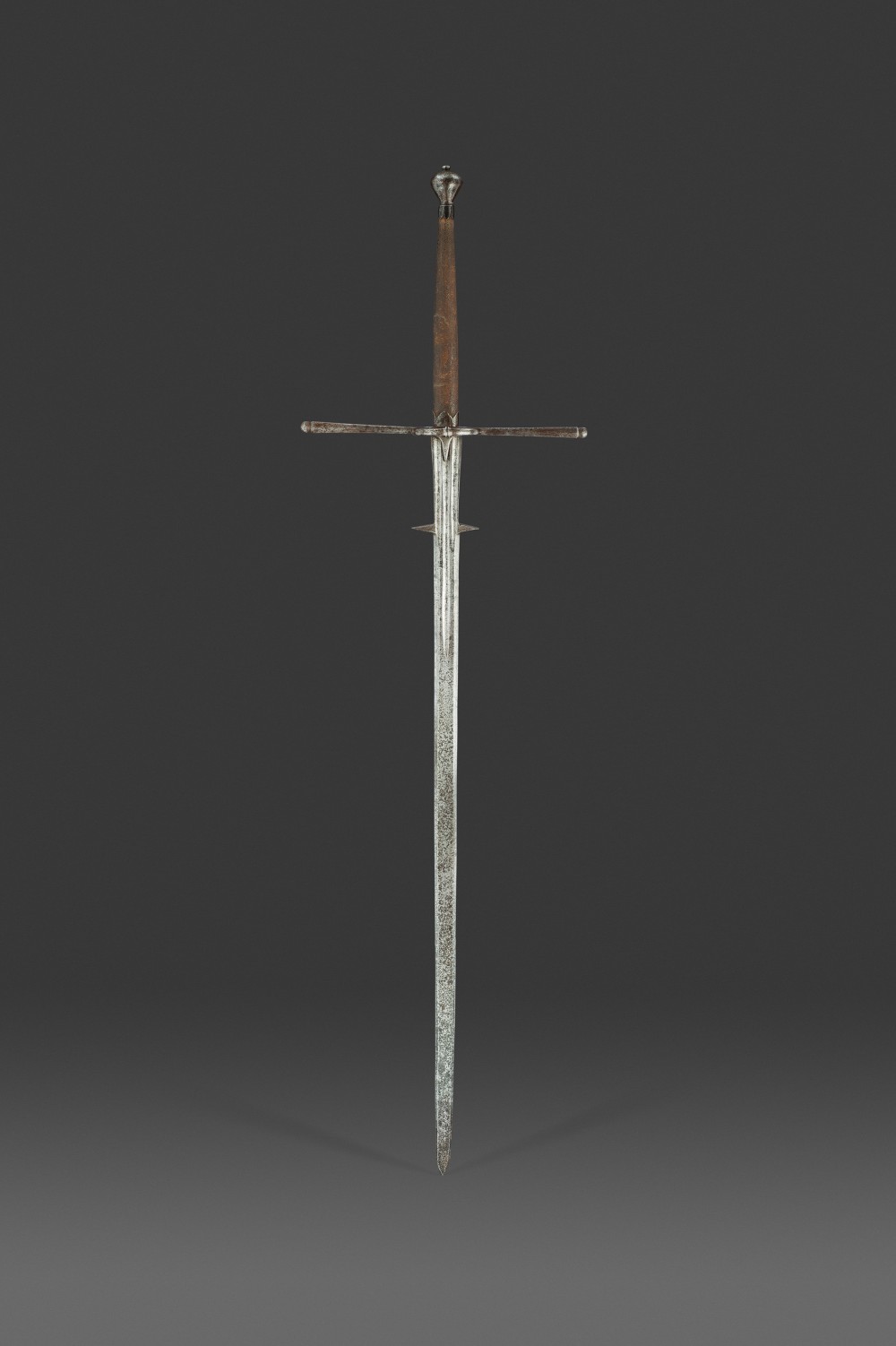 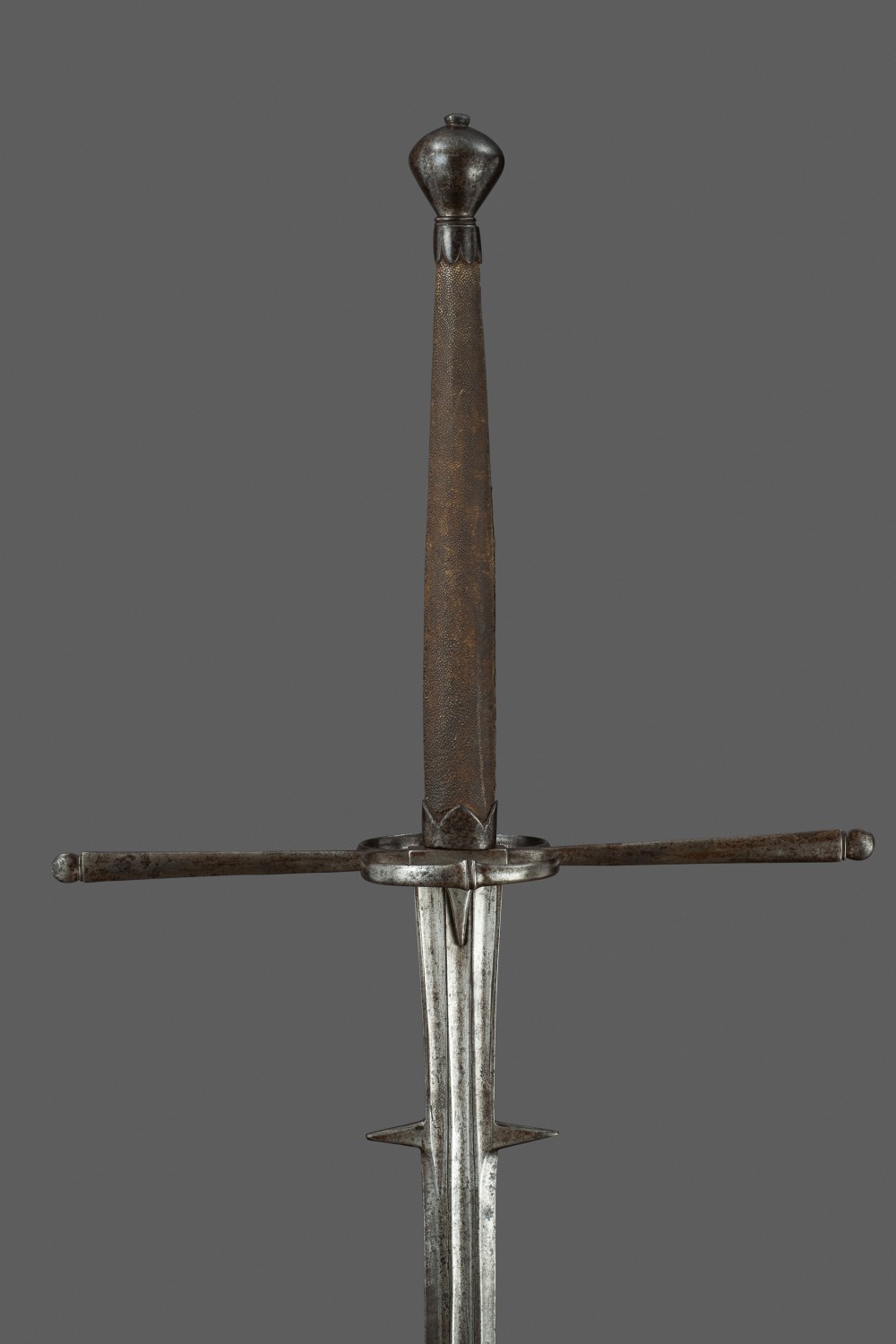 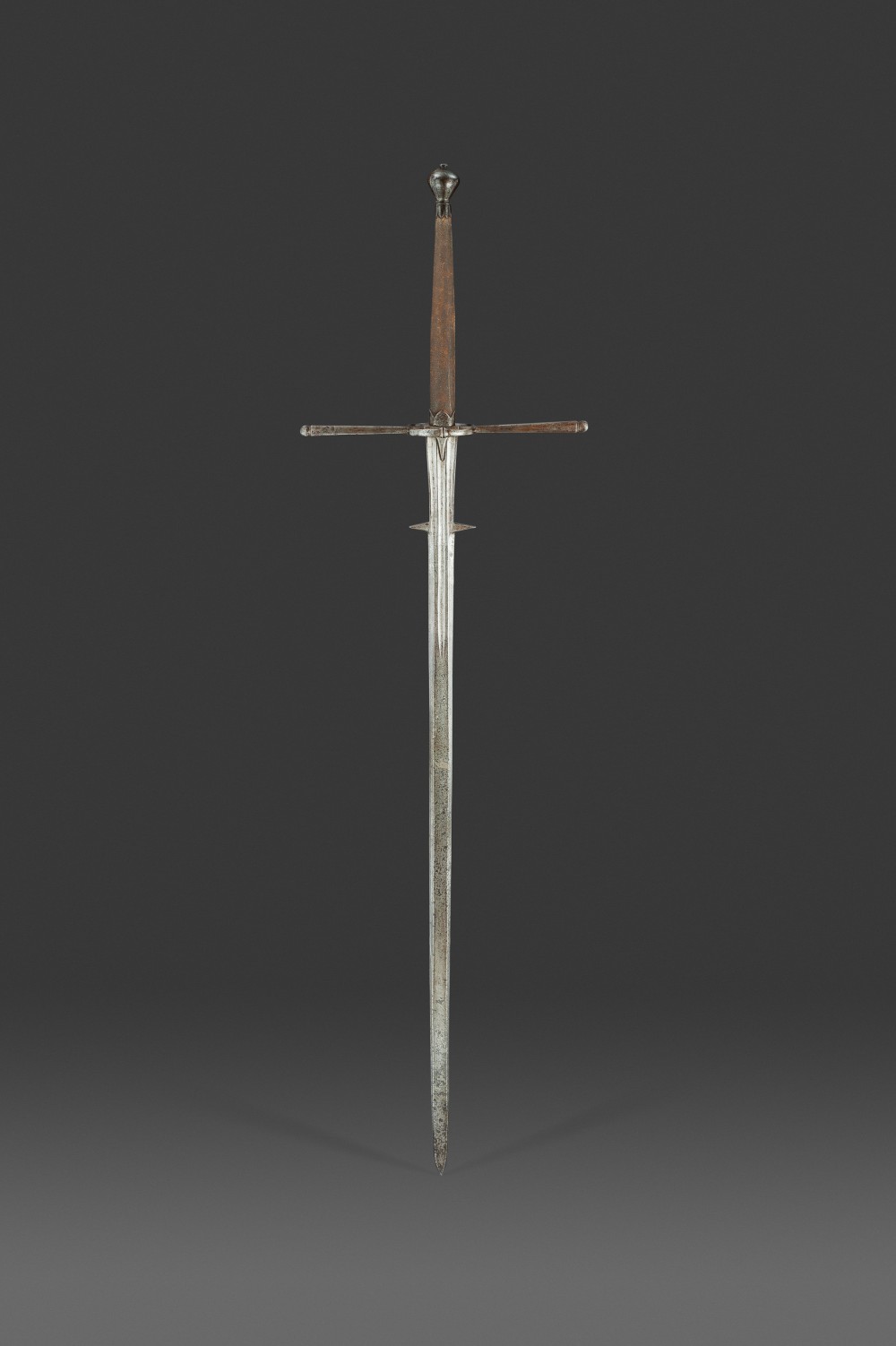 Two-hand swords dating from the middle of the 16th century were by this period still constructed to fulfil their traditional function as terrifying weapons wielded by the German and Swiss Landesknechte. Only after about 1580, with the increasing dominance of firearms on the battlefield, did the inevitable revision of infantry tactics make the massed use of such swords redundant. From this point on, German, Swiss and Italian two-hand swords were manufactured solely for processional use, or else converted for use as symbolic swords of office.

Undoubtedly in his time the foremost graphic chronicler of the Landesknechte, the artist Daniel Hopfer (1470-1536) produced woodcuts and highly detailed etchings which record both their flamboyant costumes and the massive swords used by the men of the front line, the ‘doppelsöldner’. These massed ranks of foot soldiers, some fighting as mercenaries, formed the bulk of the army of the Holy Roman Empire until about 1560.

A series of examples with hilt and blade types comparable to the present sword is preserved in the Schweizerisches Nationalmuseum, Zurich. The double ring-guard of the hilt was a development established in around 1510, but it is not until about 1560 that these rings become ornamented by centrally placed mouldings, as in the present instance. A further dating feature is the usually rounded or ovoid form of the bars of the hilts: these generally change to broad flat-sided bars by about 1570-80, becoming yet more accentuated by the addition of projecting decorative hook-like scrolls by the turn of the century. Notable features of the present blade and of those related examples in Zurich, are the slight widening towards the base of the ricasso, the arrangements of the fullers cut over this area, and the small but acutely triangular lugs guarding the forward end of this section.