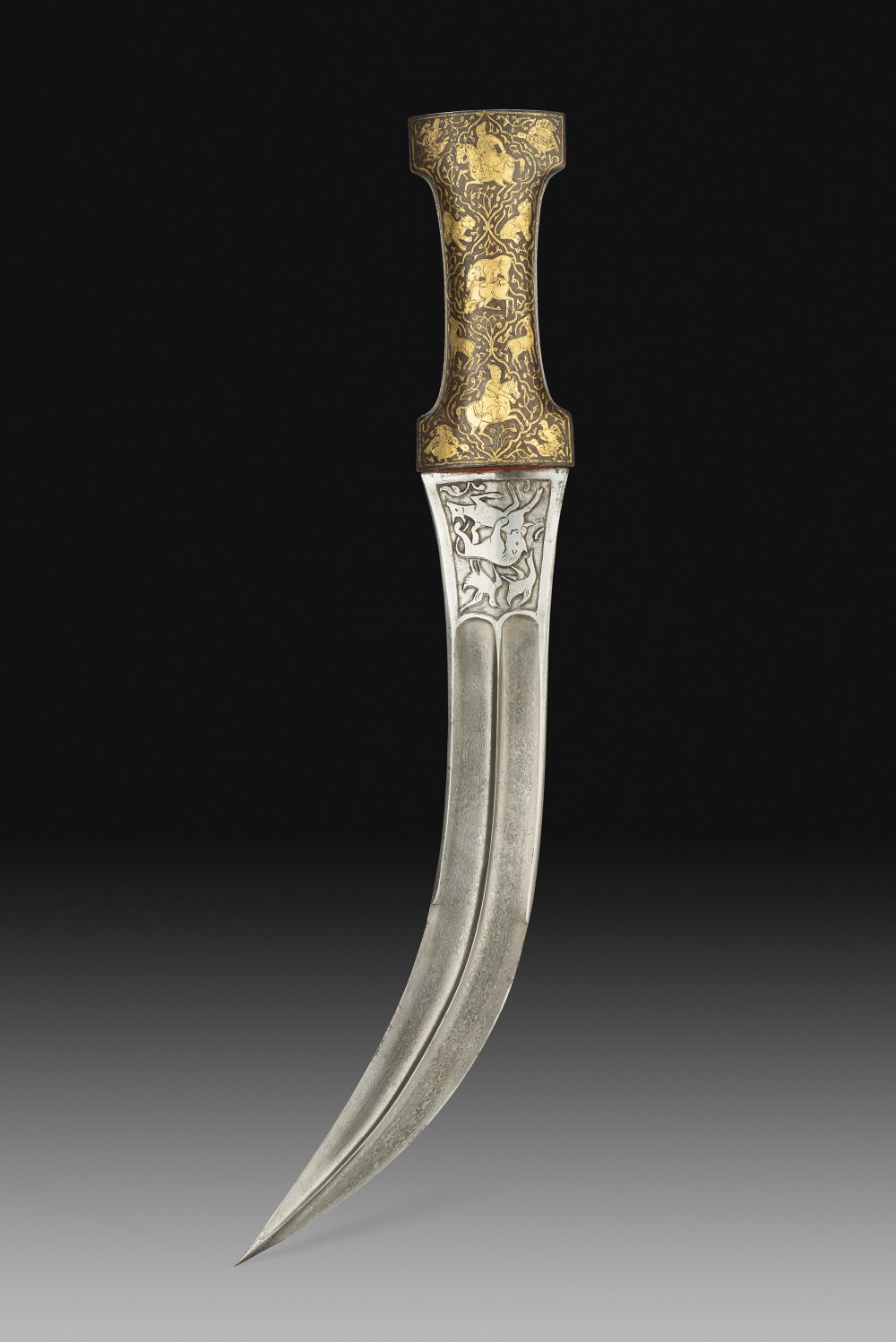 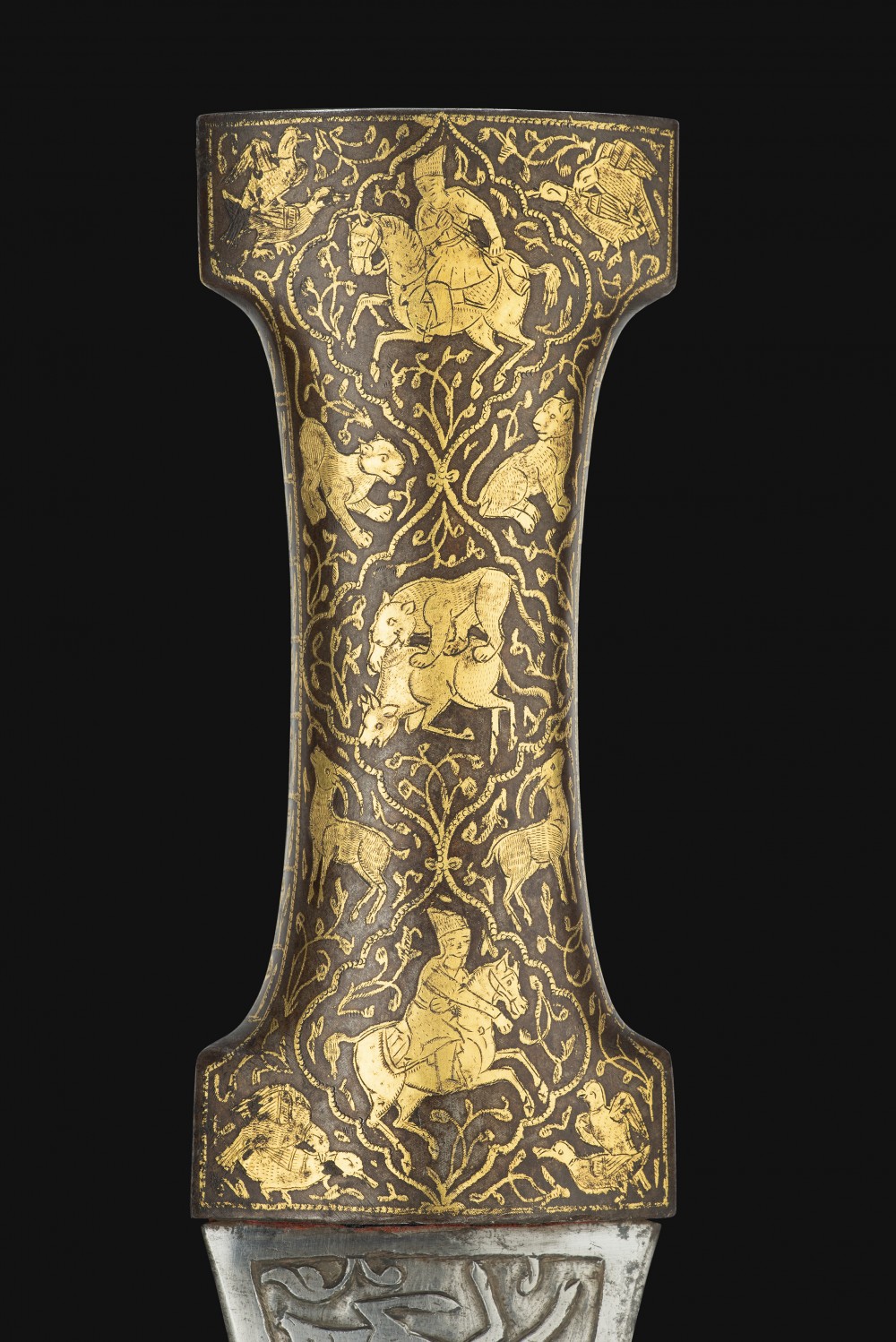 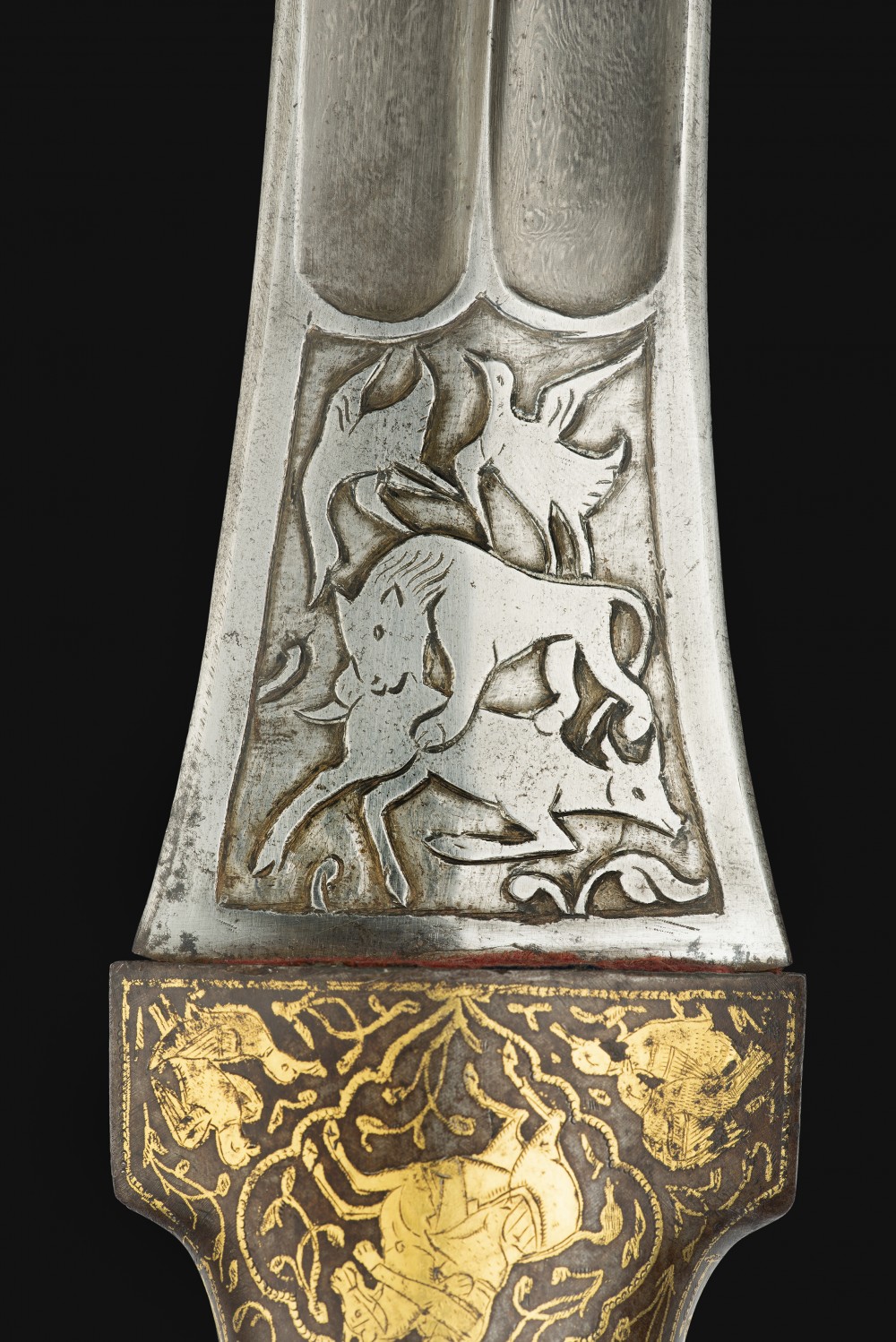 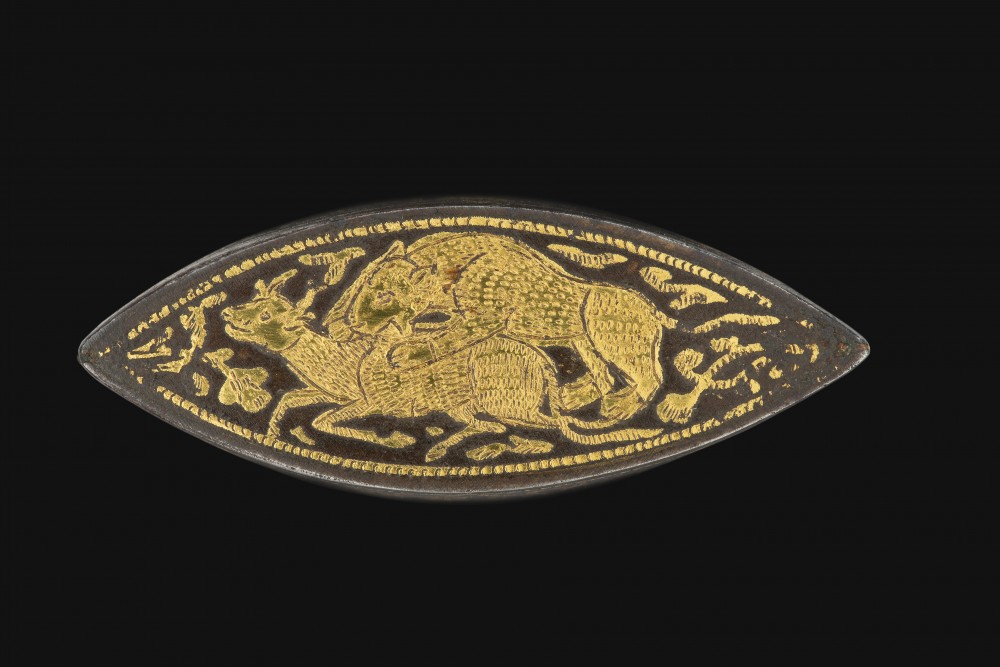 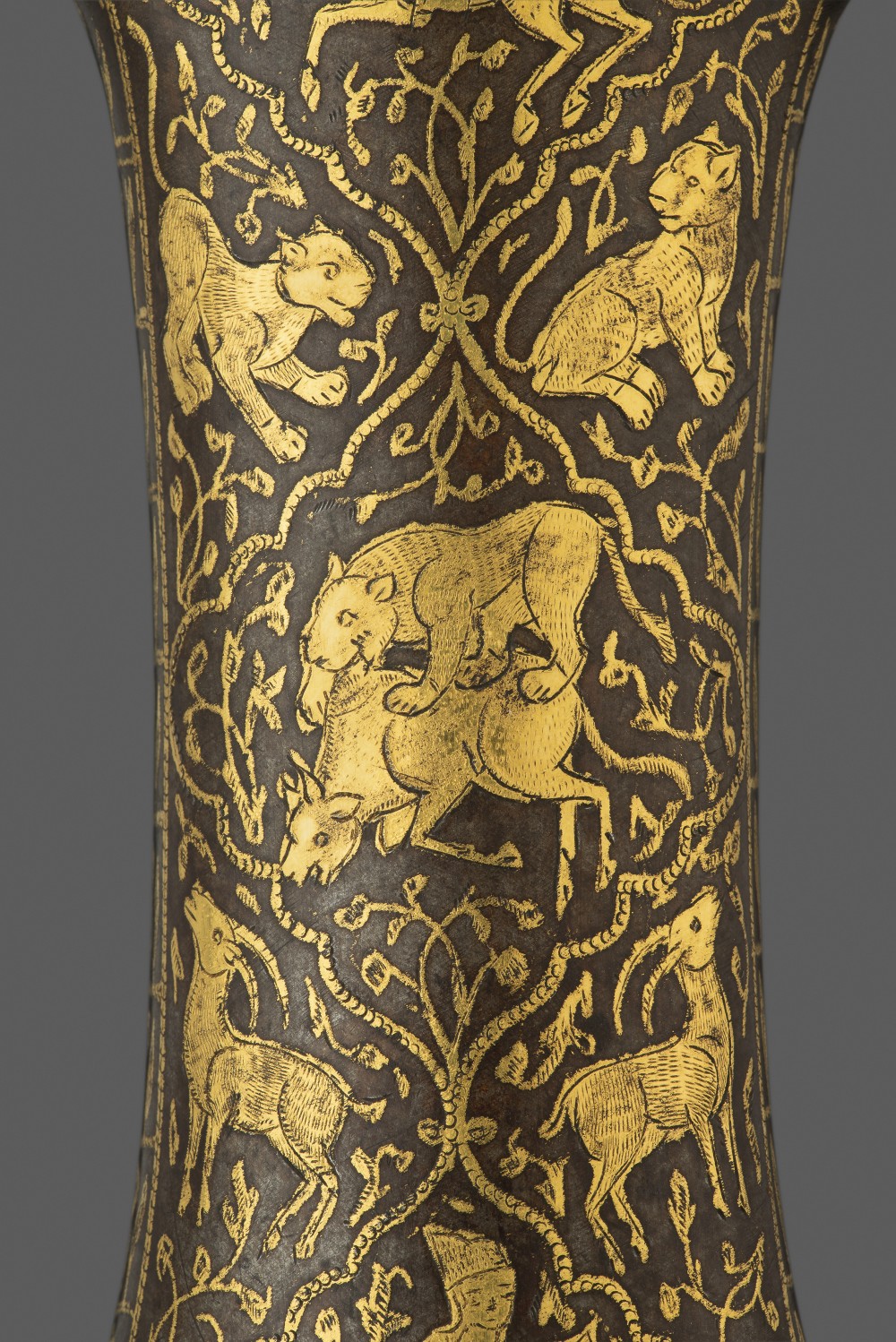 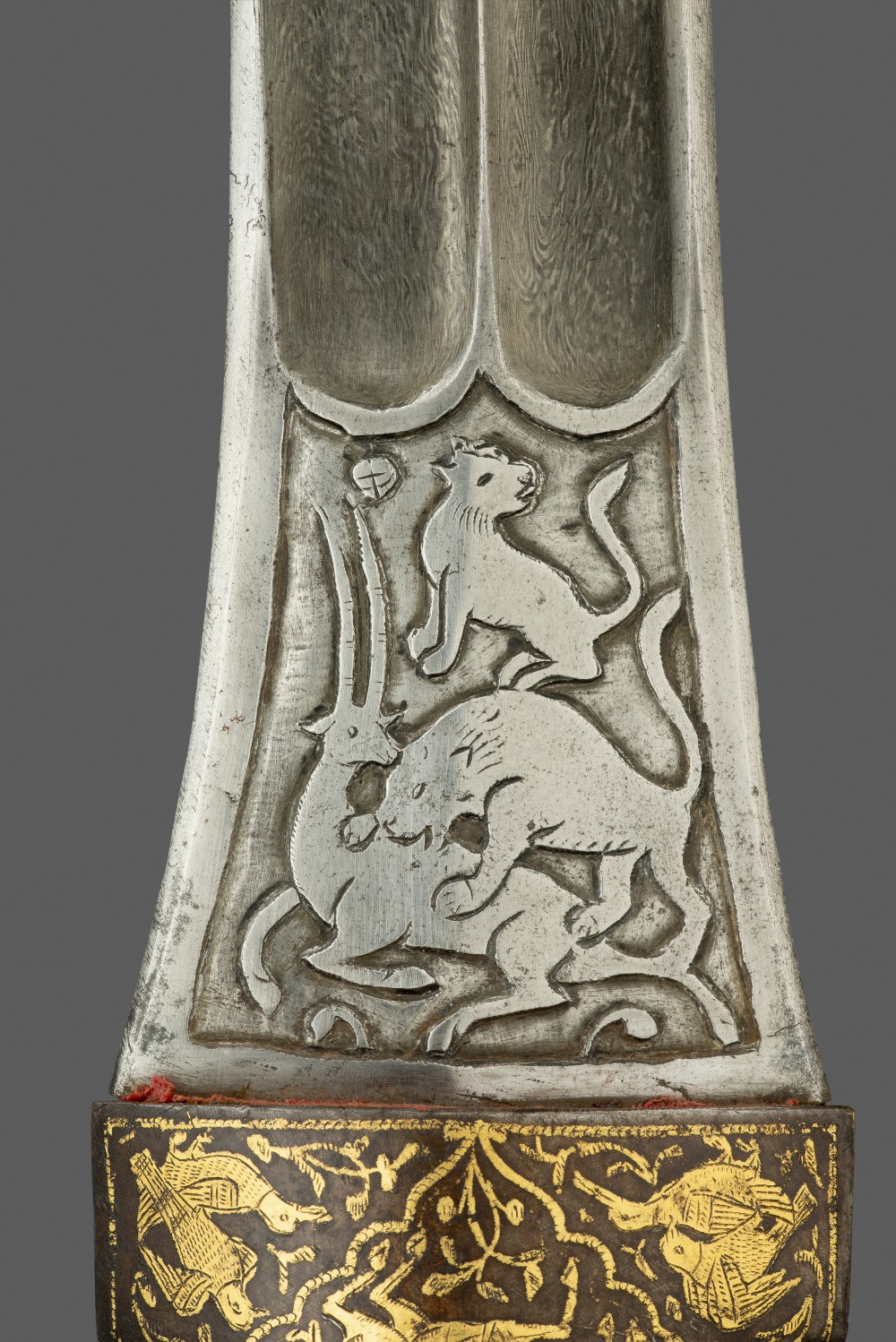 The blade of this dagger is decorated on either side with a chiselled medallion, which depicts a lion devouring an antelope, and on the reverse, a lion catching a bull with birds circling above. The hilt is decorated in gold with hunters riding horses, lions, deer and hawks catching ducks. The pommel cap shows a lion and deer. The lion and deer, or antelope, is thought to symbolise the natural dominance of the king of beasts over his subjects, and by analogy support the legitimacy of kings of the period.

The art of the early part of the Qajar dynasty, which ruled Persia from 1789 to 1925, is characterised by wonderful depictions of noblemen riding to the hunt. These can be seen on book bindings and pen cases as well as on objects intended for the hunt such as bows, axes and daggers. This style of decoration was influenced by the painting of Mirza Baba (active 1793 – 1830) one of the most influential Qajar artists, famous for his work in Tehran for the court of the first Qajar Fath ‘Ali Shah (r. 1797 –1834).