A Pair of Silver-mounted Flintlock Pistols, by Thomas Trulock, Dublin, Hallmarked for 1776 / 77 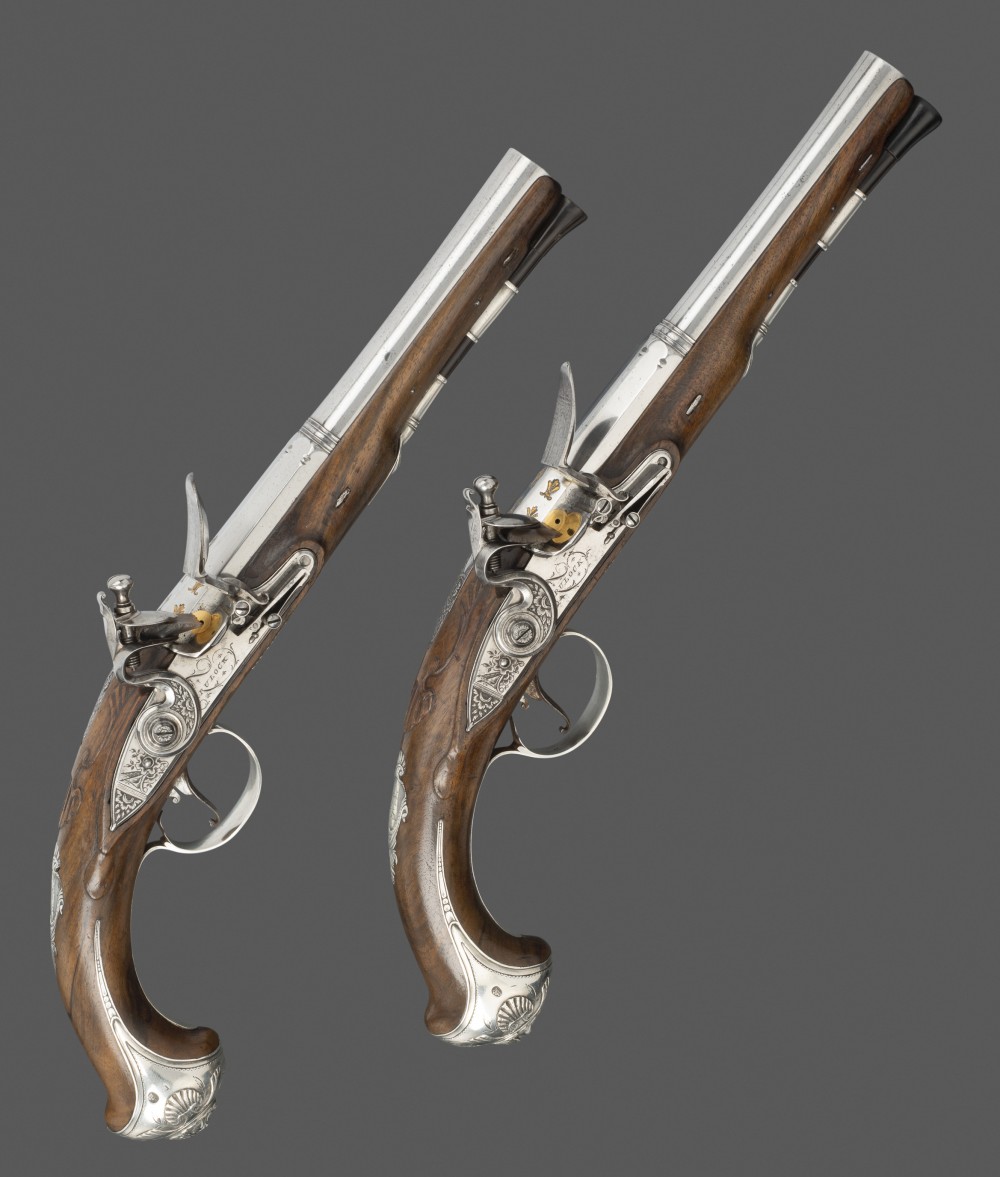 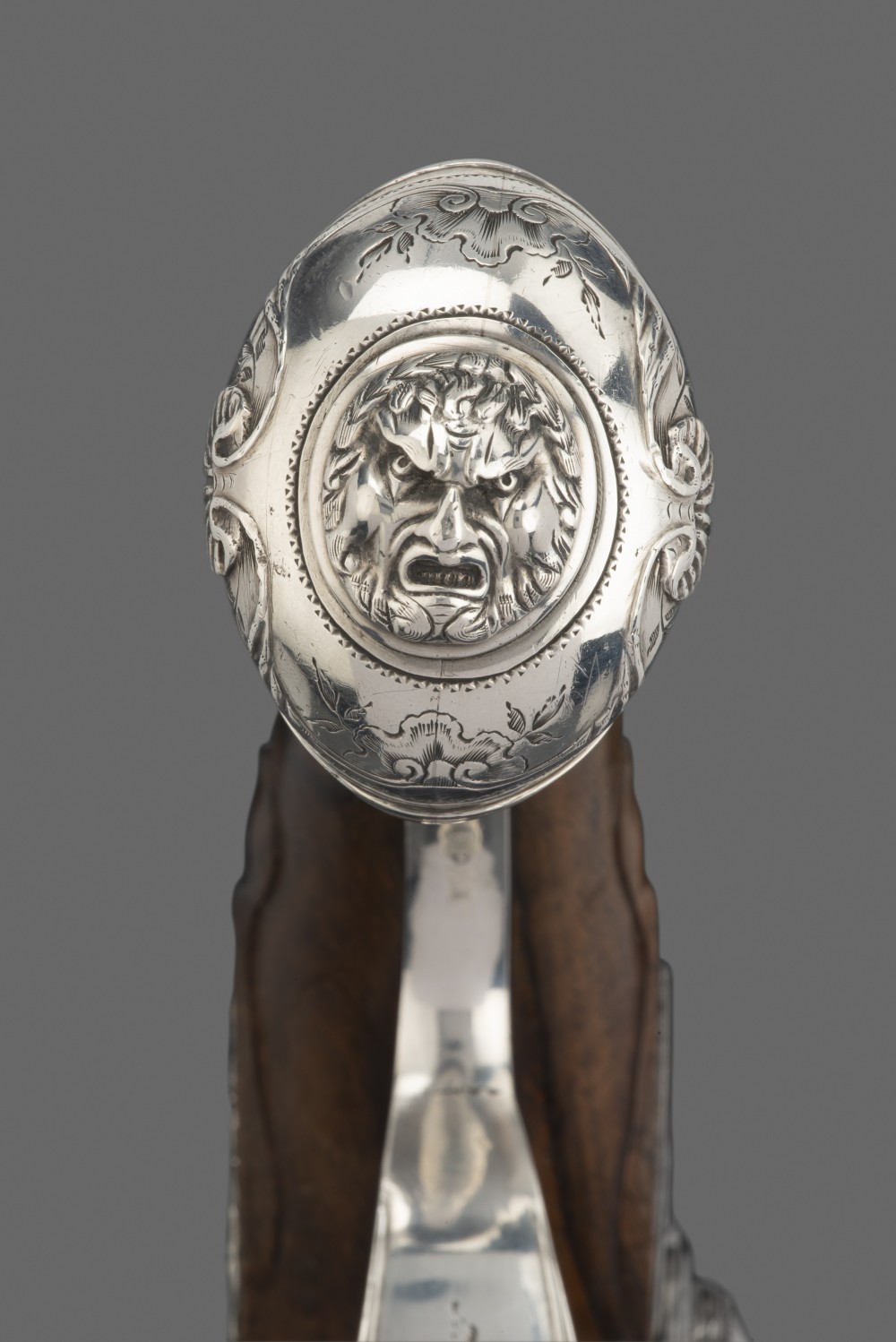 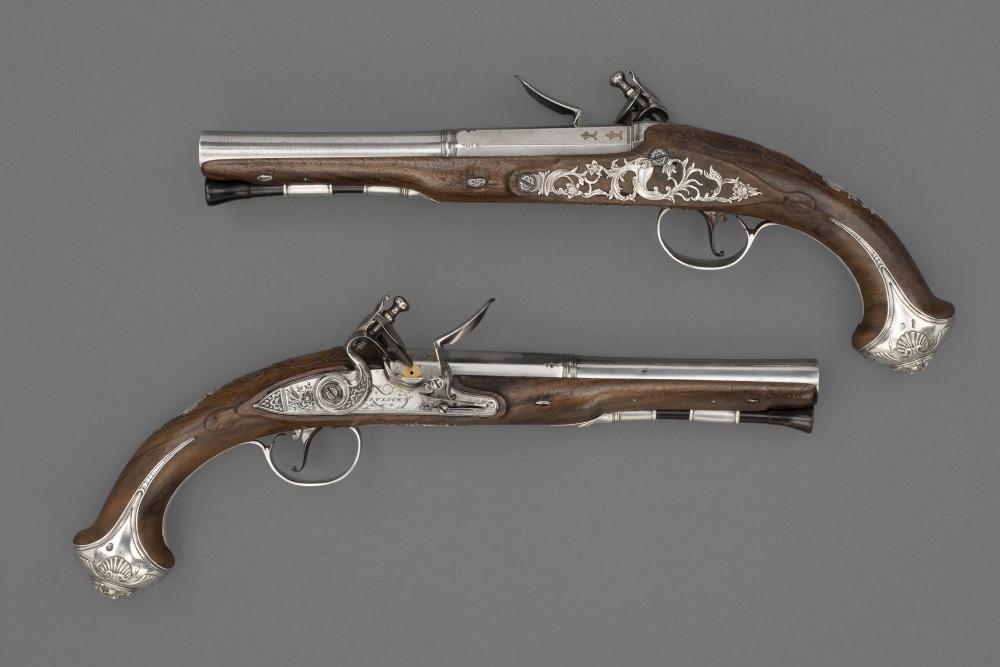 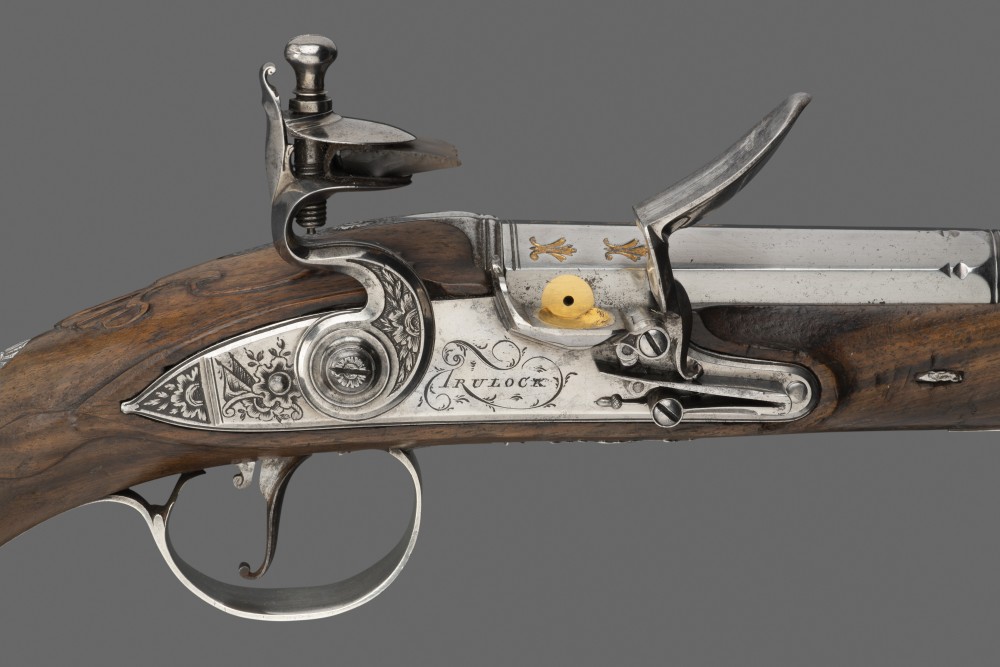 Thomas Trulock (sometimes spelt Truelock), was born in 1718 and became an important gunmaker in Dublin, producing very fine firearms, of which this pair of pistols is an excellent example.

Trulock became a significant figure among the citizenry of Dublin and both his business and personal life seem to have been very active. He married for the first time in 1748, to Elizabeth Brownrigg, and by 1761 was recorded as a gunmaker in Castle Yard. Between 1762 and 1771 his business address was College Green, then between 1767 and 1783, during which time this very fine pair of pistols was made, he was at 28 Dame Street. In 1778 he married again, this time to one Catherine Jones. In 1781 he acquired another property, 4 St.Andrew’s Street, which would subsequently be inherited by his son George and then his granddaughter Sarah and would remain in her possession until 1832. Between 1786 and 1797 he was recorded at 22-23 Suffolk Street, and in the 1790s, was at Simmonscourt (or Symons Court).

Trulock became a man of property and assumed civic duties in addition to his gunmaking business. In 1753 he was made a Freeman of the City of Dublin, and later in life he is consistently referred to as Alderman Trulock. Being a gunmaker of remarkable talent and a notable local figure Thomas Trulock married for a third time, age 76, this time to Sarah Haughton.

Upon Trulock’s death one of his contemporaries is reported to have said the following: “...old Alderman Trulock... whose marriage caused no small merriment when, in his grey-headed years, he took it into his head to marry a tall young woman with a pair of rolling black eyes. At this time the Ald. Trulock was seventy-six, but in a fit of jealousy, for which he had not the smallest foundation, he attempted the poor woman’s life, and when he missed fire he took another Truelock of his own make and blew off his skull”.

A legal summary of the event recorded a somewhat different and probably more accurate account of Thomas Trulock’s demise. It said that he had “..laboured for several months under a state of mental derangement...” and went on to explain how he had developed an unshakeable conviction that his wife and servants were conspiring to poison him, so that one evening, while alone with his wife, he took a pistol from above the chimney-piece and fired it at her, the ball striking her in the back of her neck. When Mrs Trulock ran from the room to send her servants for a surgeon Mr Trulock apparently bolted the door of his room, took another pistol, placed the muzzle in his mouth and fired it. This was surely a sad death for such a fine gunmaker, the verdict of the coroner’s inquest being that he died due to ‘lunacy’.