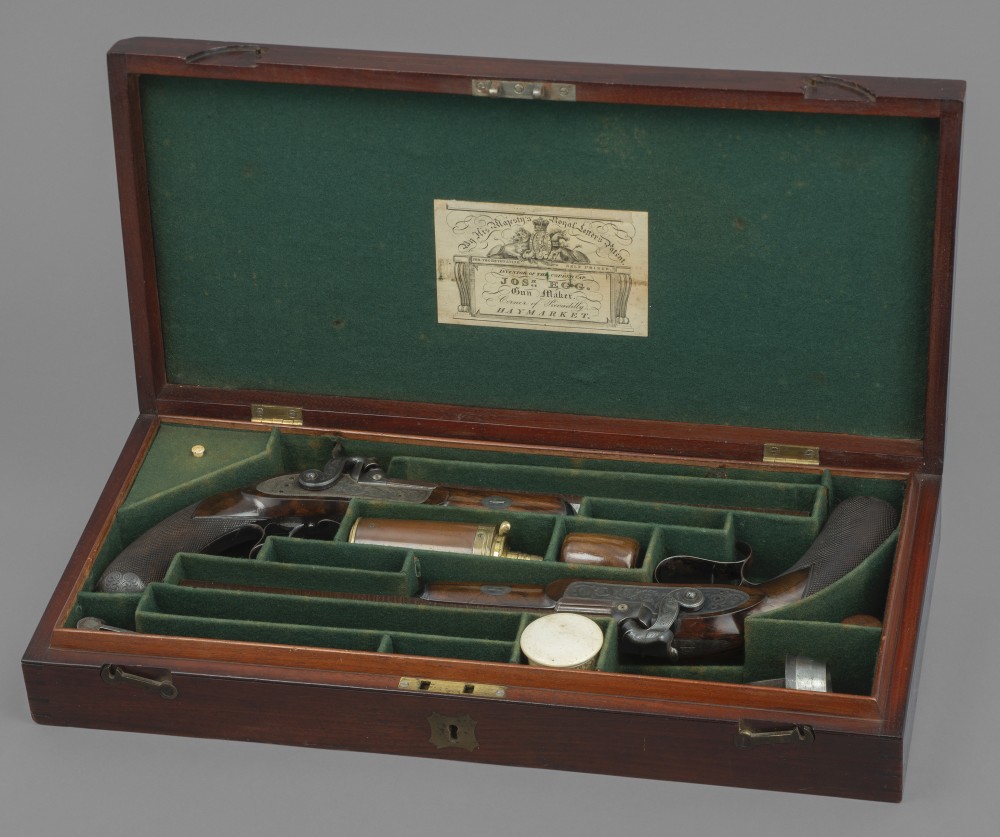 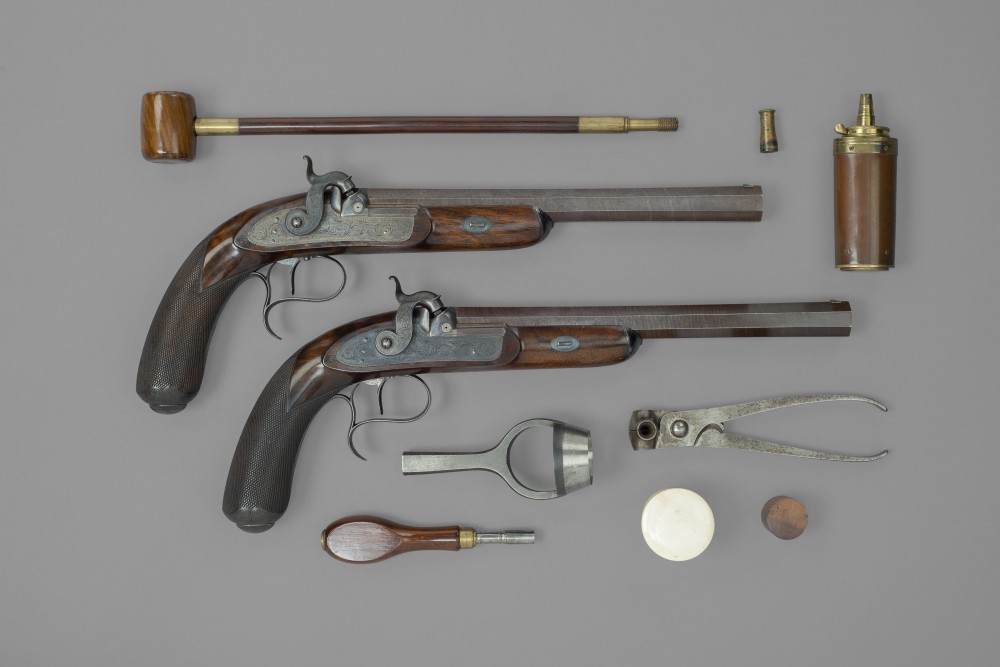 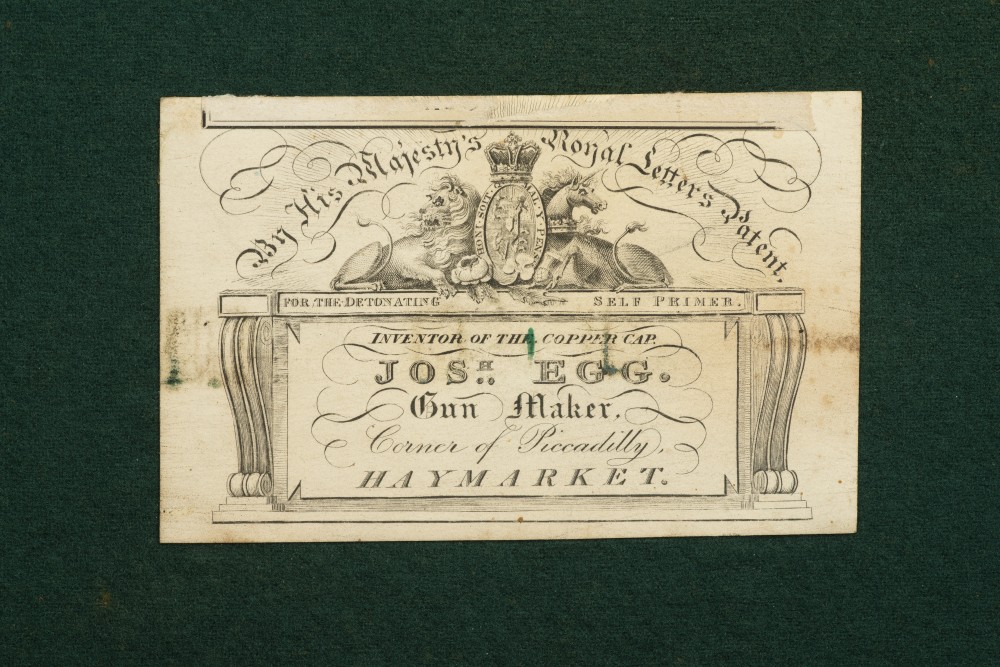 Duelling with pistols was made illegal in Britain in the early 19th century and despite the widely ineffective prosecution of this legislation the national mood had, for the most part moved on and lost its taste for the practice. London gunmakers understandably found this shift unsettling and sought to remedy the loss of business by promoting pistol shooting for gentlemen… at targets.

The new target pistols in reality bore next to no difference to the contemporary classic duelling pistol. The unrifled bore was retained (rifling being considered underhand in duelling), the length and the handling balance were identical, as was the lock mechanism and the elegantly restrained ornamentation. The set trigger was in fact an innovation already utilised towards the end of the legal duelling period.

The present pair of pistols in their fitted case typify the transition to target shooting exemplified within the top tier of the London gun trade. Joseph Egg’s trade label in the case lid is a version used within the latter part of his gunmaking career, in which he includes his byline ‘For the Detonating Self Primer’ and his claim ‘Inventor of the Copper Cap’. The first may well refer to Egg’s percussion priming magazine, for which he was granted a patent in 1822 (to be followed by a patented improvement in 1835).

It may also be a reference to his automatic pellet priming lock, for which he was granted a French patent in 1827. As for the latter claim, this could be said to be a more audacious marketing ploy: Egg’s copper-cap percussion musket had in fact been tried but rejected by the Ordnance in 1820.

Joseph Egg was born in 1775, the son of Johann Jakob Egg, a gunmaker of Huningue in the Alsace. Most significantly, he was also the nephew of the renowned London gunmaker Durs Egg, the younger brother of Jakob. Joseph, however, worked in London entirely independent of his uncle, and is first recorded as a gunmaker working in Great Windmill St. in 1800, upon being granted a patent for bending steel under heat. In the following year he traded as ‘Egg &Walker, Gunmakers and Patent Spring Truss Makers’ at nearby 59 Frith Street, Soho. This was swiftly followed in the same year by the commencement of his very successful partnership with Henry Tatham, trading as ‘Tatham & Egg’ until 1814. Following the conclusion of the partnership Egg took up at No.1 Piccadilly (on the corner of Piccadilly and Haymarket), remaining there until 1834. His successful innovations are referred to above, in addition to which is Egg’s waterproof ‘upside-down flintlock’, granted a patent in 1813.

Joseph Egg died in London in 1837, aged 62, and is buried at St. James’s, Piccadilly. He was succeeded by his son Augustus Leopold Egg who achieved fame as a painter of the Victorian era.