A Parade Shield made for the Bodyguard of Prince-Archbishop of Salzburg, Wolf Dietrich von Raitenau, 16th century 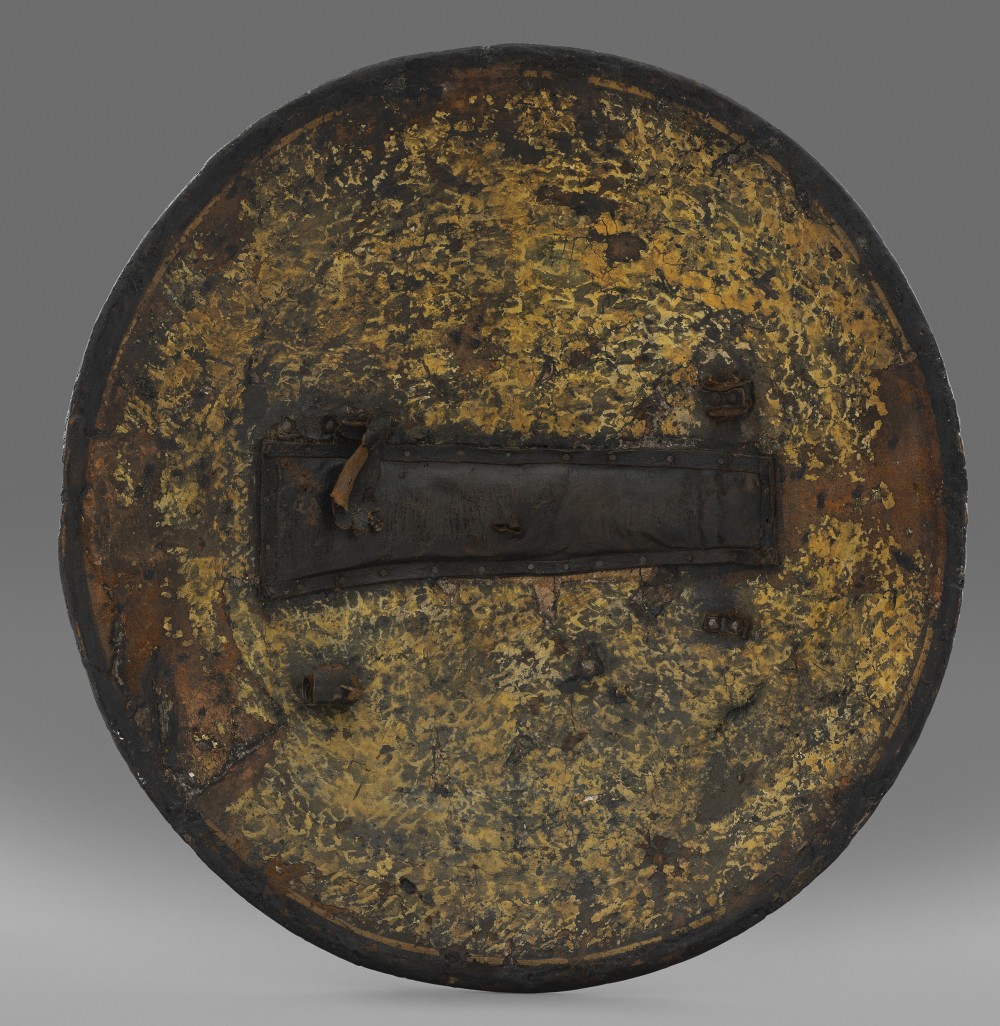 Brilliantly tooled, lacquered and varnished after the Ottoman Turkish manner, these Salzburg shields exist in at least three variant types, of which the present shield is a superb example. They were imported from Venetian workshops specialising in the highly skilled techniques rooted in the luxurious Turkish bookbinding techniques of the period. Within the 16th century Venice had its own leatherworkers' guild. This was responsible for the production of bookbindings, helmets, shields and arrow quivers whose rich decoration following Turkish designs and technical traditions were unique within Europe to this city. The vogue for reproducing highly exotic Ottoman style armour and weapons emerged in Europe from Turkish wars of the 16th century. Notably in 1548 the Habsburg King Philip II of Spain was accompanied by "Turkish" bodyguard troops for his ceremonial entry into the city of Milan.