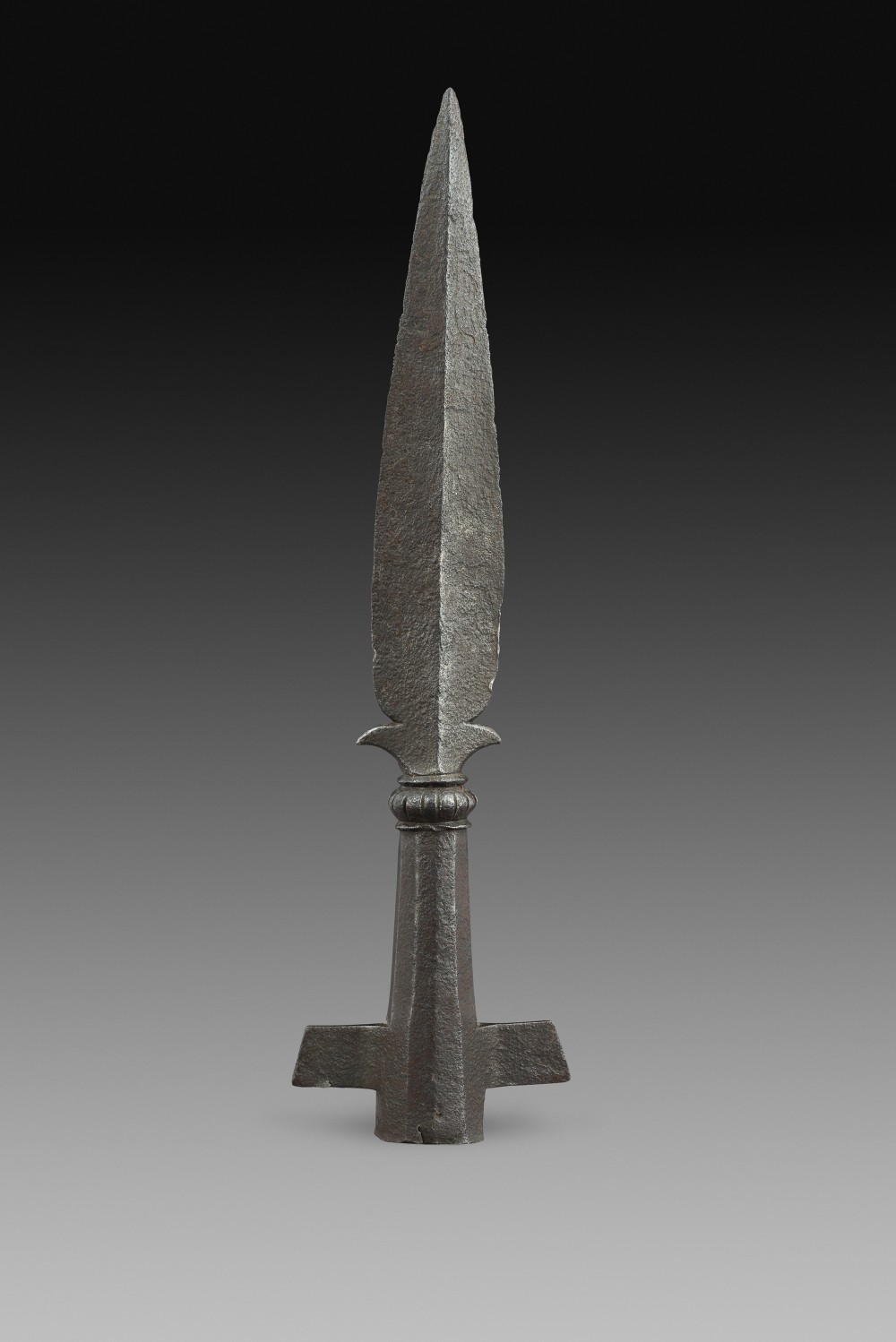 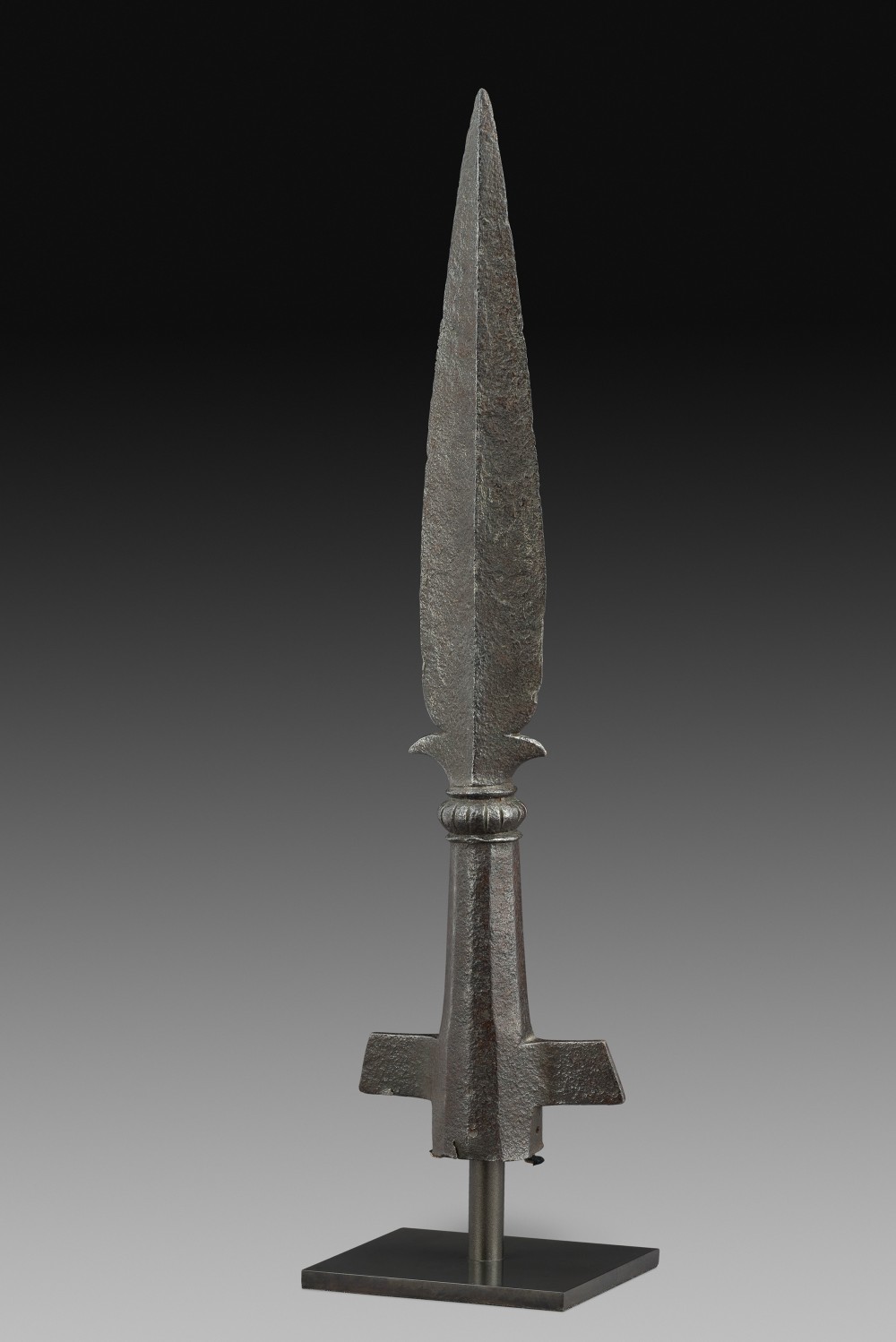 The heads of spears intended for hunting boar and other large game were as early as the Frankish types of the 7th and 8th century improved by the addition of integral pairs of lugs, or wings. These stout protrusions safe-guarded the huntsman from an impaled charging animal being propelled by its great strength and momentum to within his reach. The same type was used in battle also. The valued concept of the lugged spear remained little changed throughout Europe until the latter part of the 15th century, when it was conceived that the same degree of protection could be achieved more easily and cheaply by dispensing with integral lugs and replacing them with a separate bar attached to one side of the head socket. For lighter game the bar in turn the bar gave way to a toggle made of antler.

The present example is unusual in that it was certainly among the last of the lugged work-a-day spears. The very angular shape of the lugs is possibly unique and suggests possibly an early 16th century manufacturing date. This possibility is further suggested by the addition of the pair of very short rearward-swept lugs at the base of the blade, which resemble the lugs of a military partisan head, a hafted weapon widely developed in the 16th century.

In the 16th century the hunting-spear in fact came to be regarded as a military weapon and it is recorded that in 1544 Henry VIII’s mercenary troops were armed with boar spears.