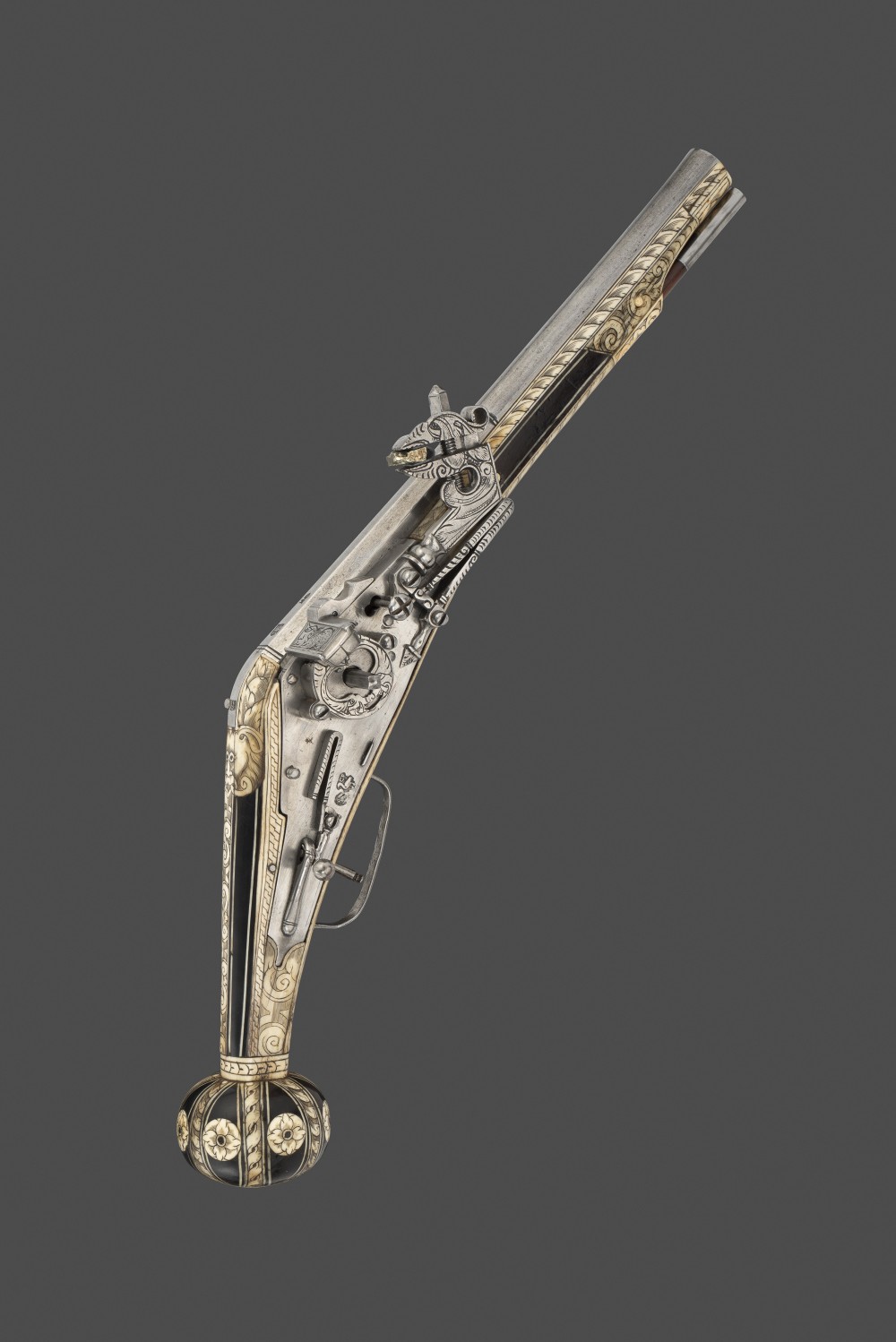 This pistol belongs to a closely related series of puffer pistols dating from circa 1580 to prior to 1600. Variously they jointly or singly bear the respective marks of Augsburg and Nuremberg, together with the marks of a range of South German makers and all are stocked and inlaid in a similar fashion to the present example. One such comparable pistol, also struck with the control mark of the city of Augsburg, is in the Metropolitan Museum of Art, New York (14.25.1402a). Fifty-four others, with degrees of variation, are preserved in the original historic collection of the arsenal of the Styrian city of Graz in Austria; these wheel-lock pistols would have armed the mounted garrison maintained against the threat of Ottoman aggression.

The Augsburg barrelmaker Bernhard Albrecht, whose mark is on the barrel of the present pistol is recorded as active circa 1557-87; the Nuremberg lockmaker’s mark C (or G) F, a goose below, is unidentified. Two closely comparable pistols in the Graz zeughaus are struck with the identical combination of marks: see Robert Brooker, Landeszeughaus Graz, Austria, Wheellock Collection, Hong Kong 2007, p.234, RP37/8.