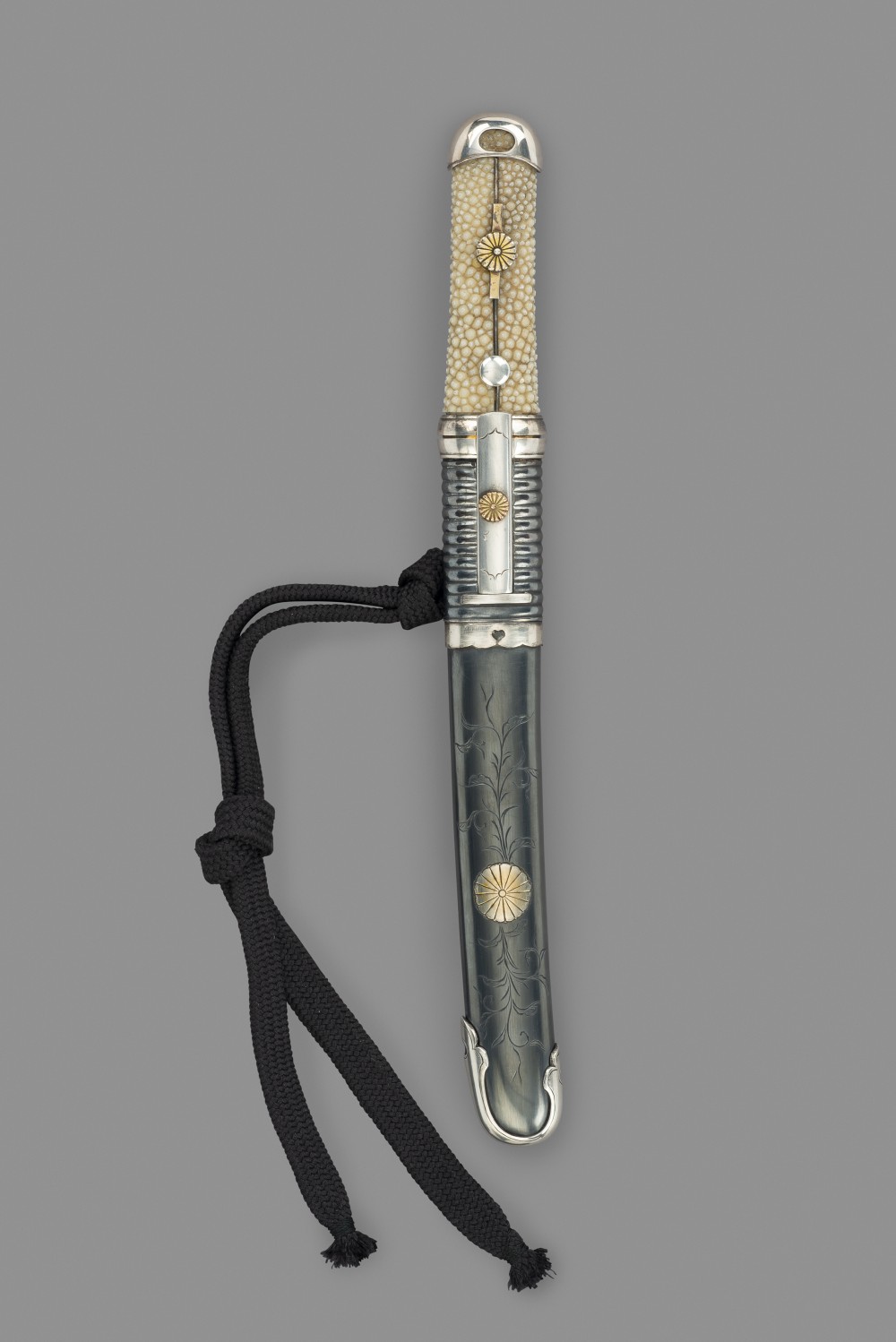 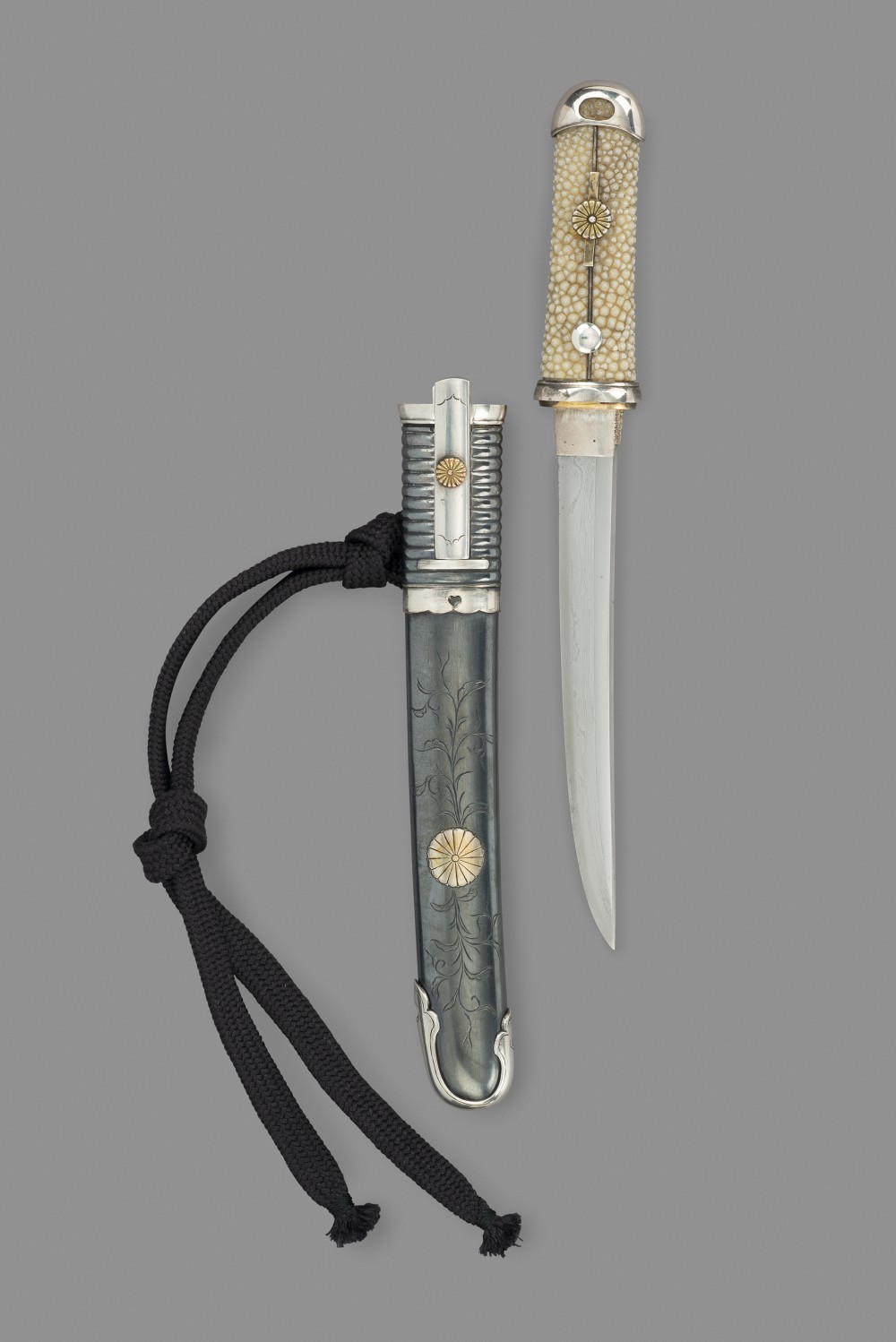 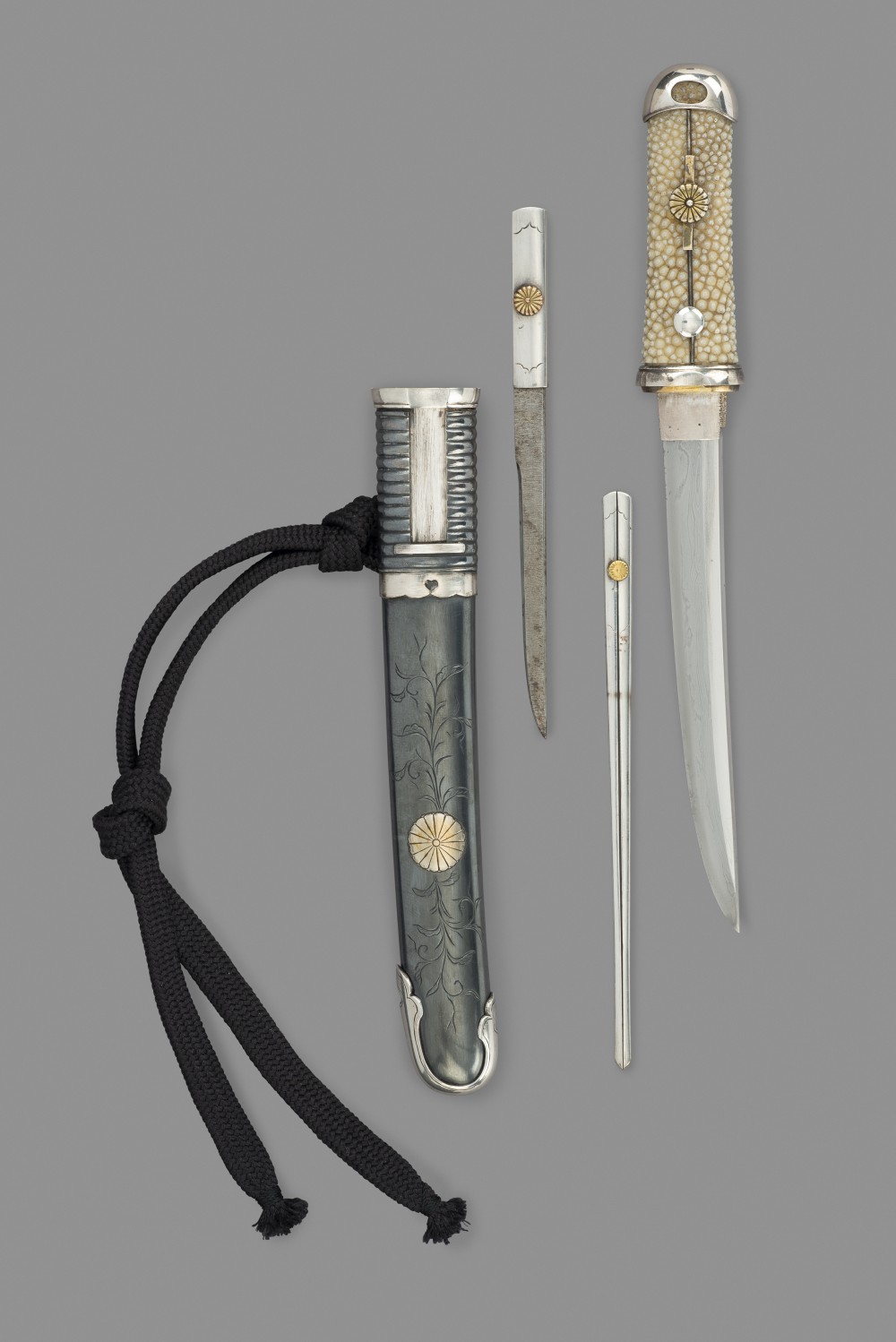 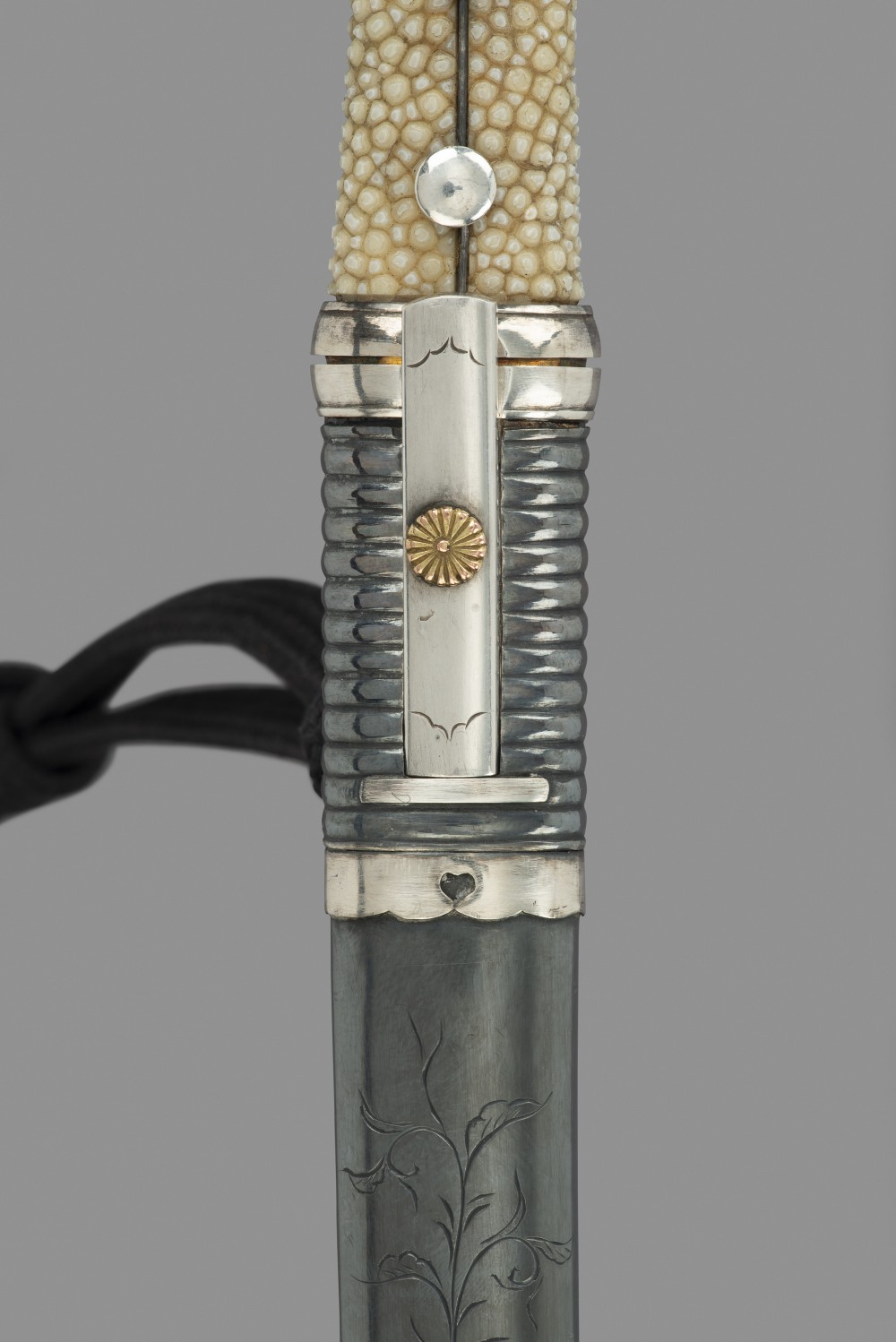 Miniature weapons were popular as gifts for the Boy’s Festival or tango no sekku, celebrated by families blessed with sons on 5 May (since 1948 rechristened Children’s Day, kodomo no hi). Gifts of such model armours, bows, swords and a variety of banners and standards, including carp streamers called koinobori were displayed as symbols of 'manliness'. This festival, first recorded in the 9th century, increased in popularity through the Edō period, and such models continue to be made and given to the present day. The banning of the traditional wearing of swords by the samurai, the haitōrei of 1871 – 6 coincided with the growing popularity of Japanese crafts in the West, so craft pieces such as this dagger continued to be made into the early 20th century.