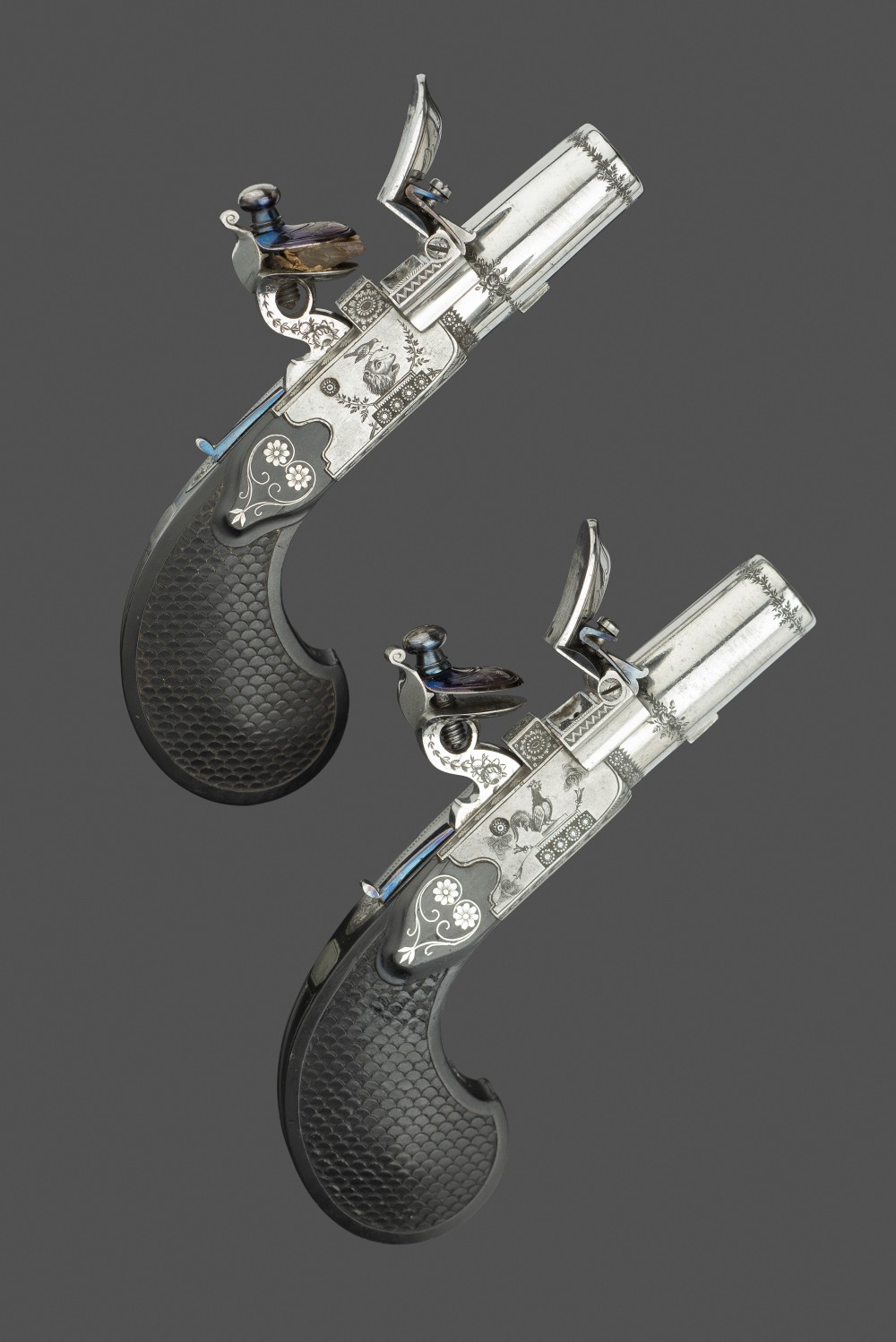 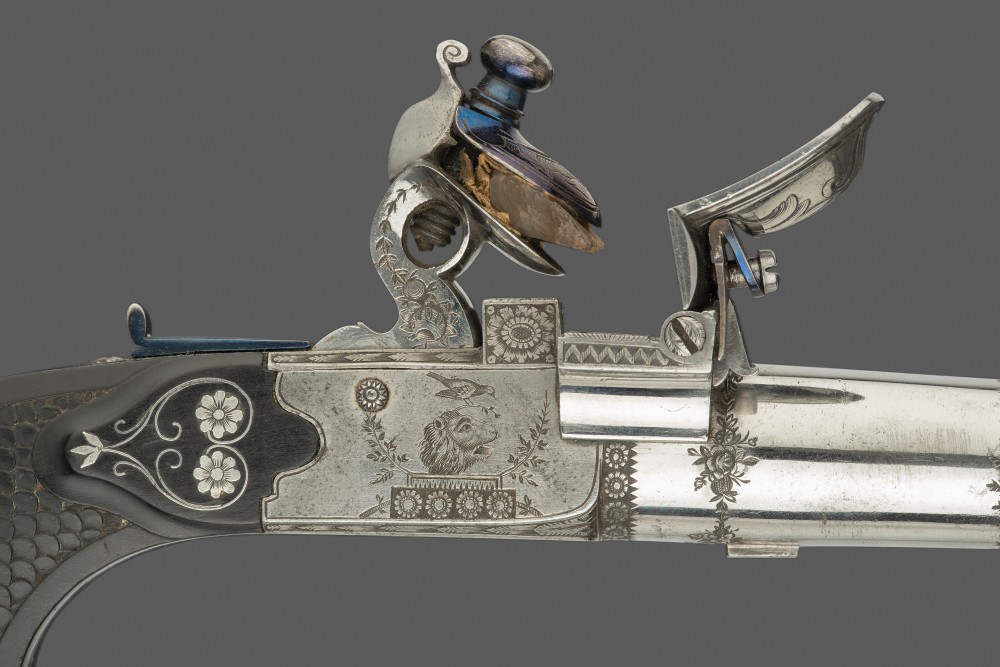 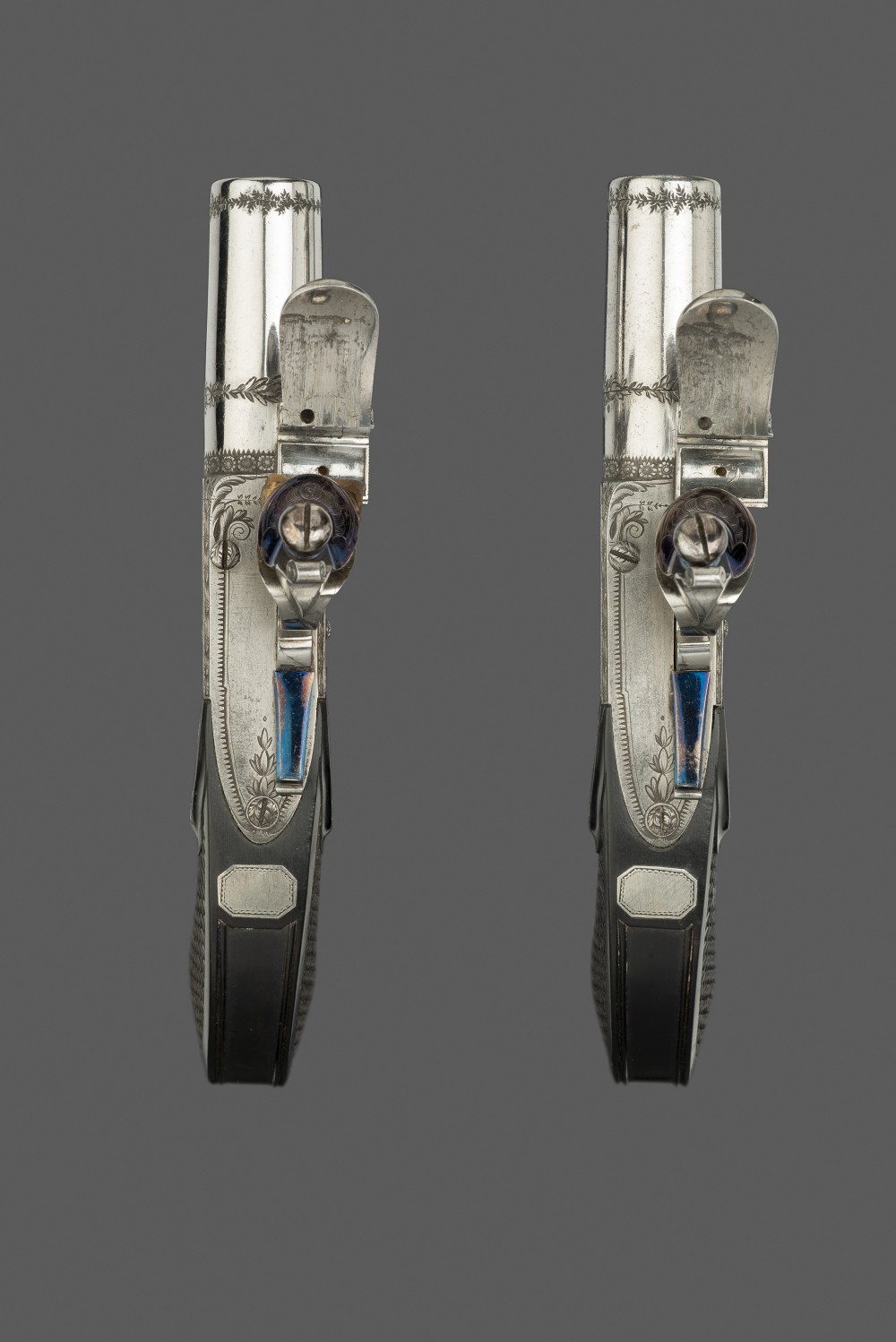 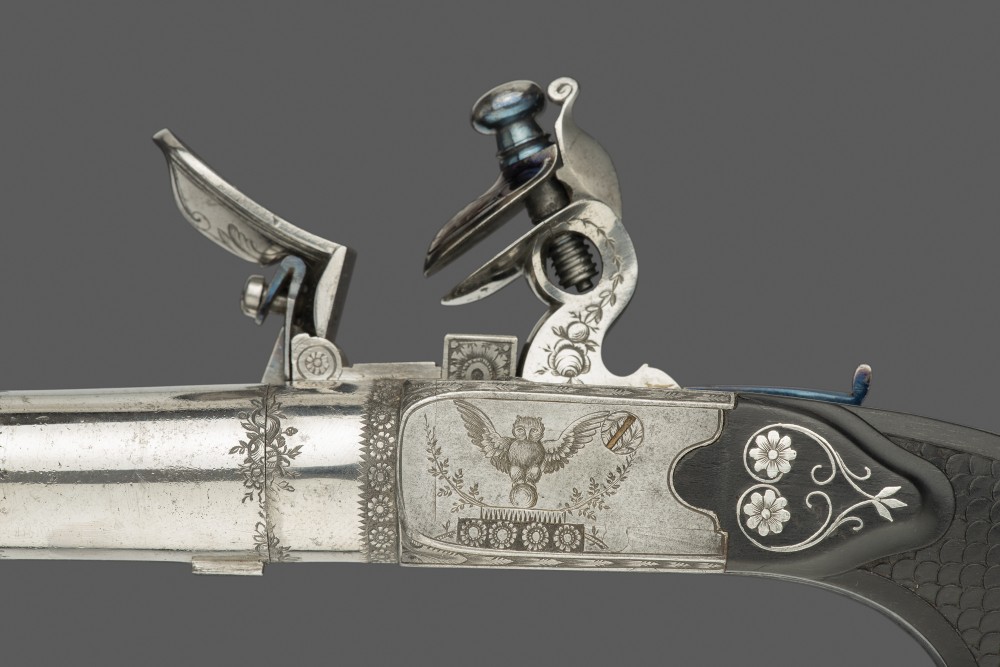 This pair of pistols closely follows a tradition of luxury gunmaking which emerged at the Versailles manufactory of the virtuoso gunmaker Nicolas Noël Boutet, in the years just prior to the Premier Empire. Unsigned, these pistols probably come from a Paris workshop, perhaps copying a pair of Boutet’s pistols directly, but certainly engraved with no less flair and skill than existed at Versailles.

The bands of delicate flowering foliage, that encircle the barrels and the rows of bead-like rosettes, are as much from the Versailles palate as are the consciously slightly differing designs on the undersides of the actions; these in their careful minute detail fully conceal the triggers in their folded position.

The animal and bird vignettes engraved on the action sides have an allegorical purpose rather than being face-value ornaments. The most readily identifiable is the fable of The Crow and the Sheep, a moral tale from Aesop. The other subjects are of the same school of story-telling. Aesop’s Fables and their like were enormously popular in France during the second half of the 18th century, many being acted and told, others the subjects of musical compositions. A noteworthy detail is the former inclusion of a large Aesop subject statue in the gardens of the Royal Palace at Versailles, prior to its destruction following the fall of the monarchy.

Closely related designs of animals’ heads are included in a series of engraved designs for the mounts of a fowling-piece, by Augustin Dupré, Paris (in the Museé des Arts Décoratifs, Paris). Others, also comparable, are given as incidental motifs of the chase within the wider engraved Empire designs for firearms ornament published by Rennesson in 1807-8, under the direction of J.F.Lucas.

The charm of this pair of pistols is today matched by their remarkable state of preservation.