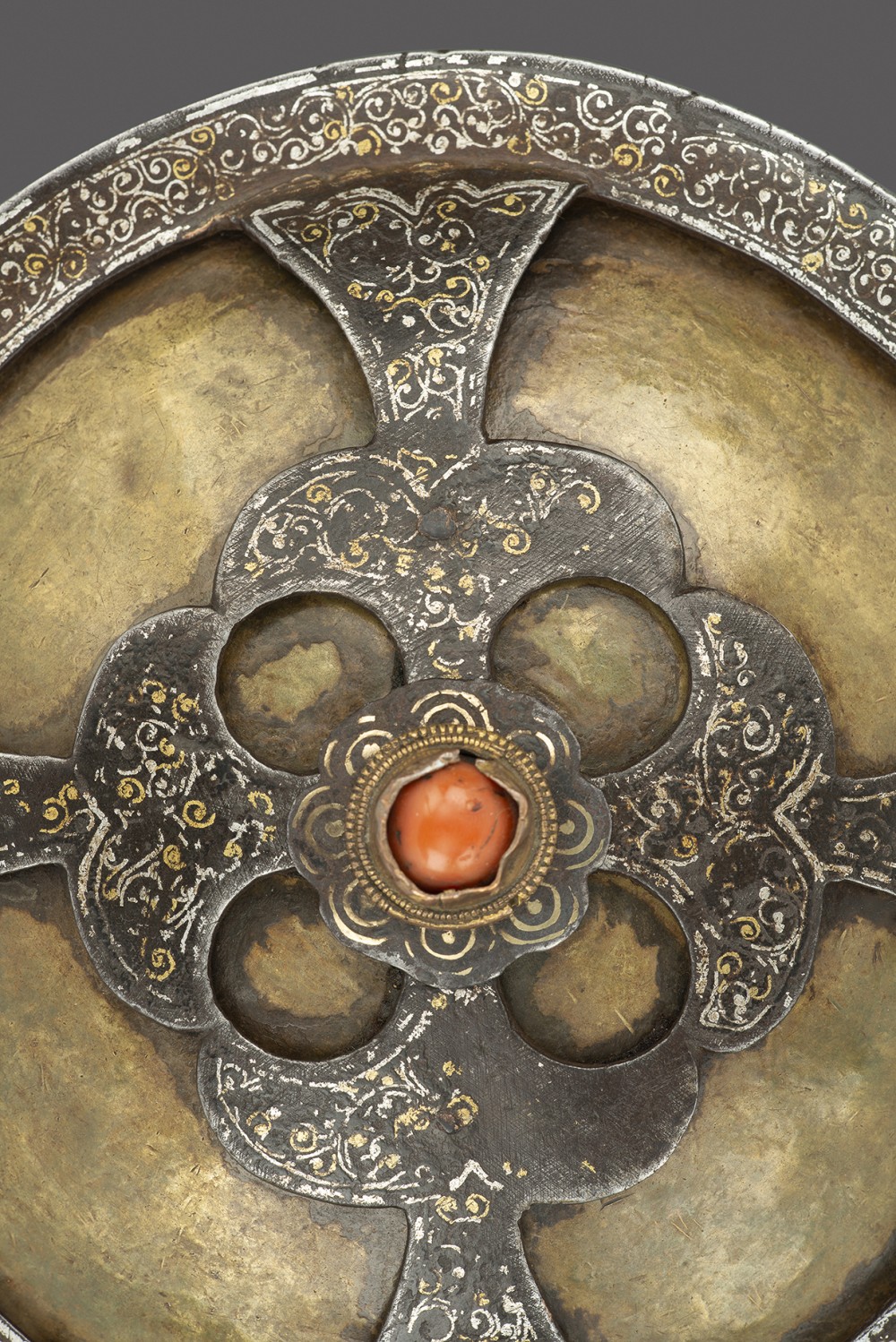 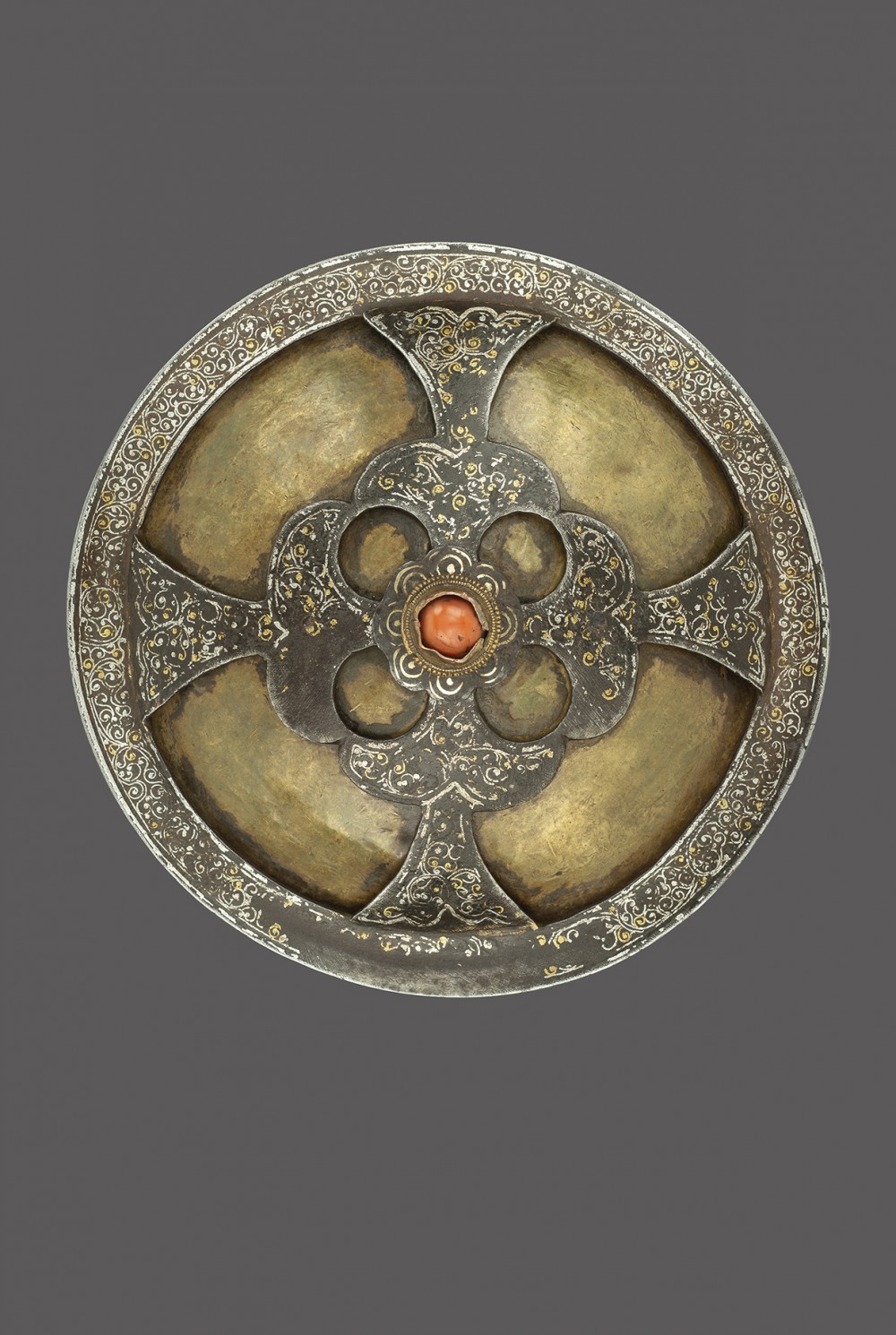 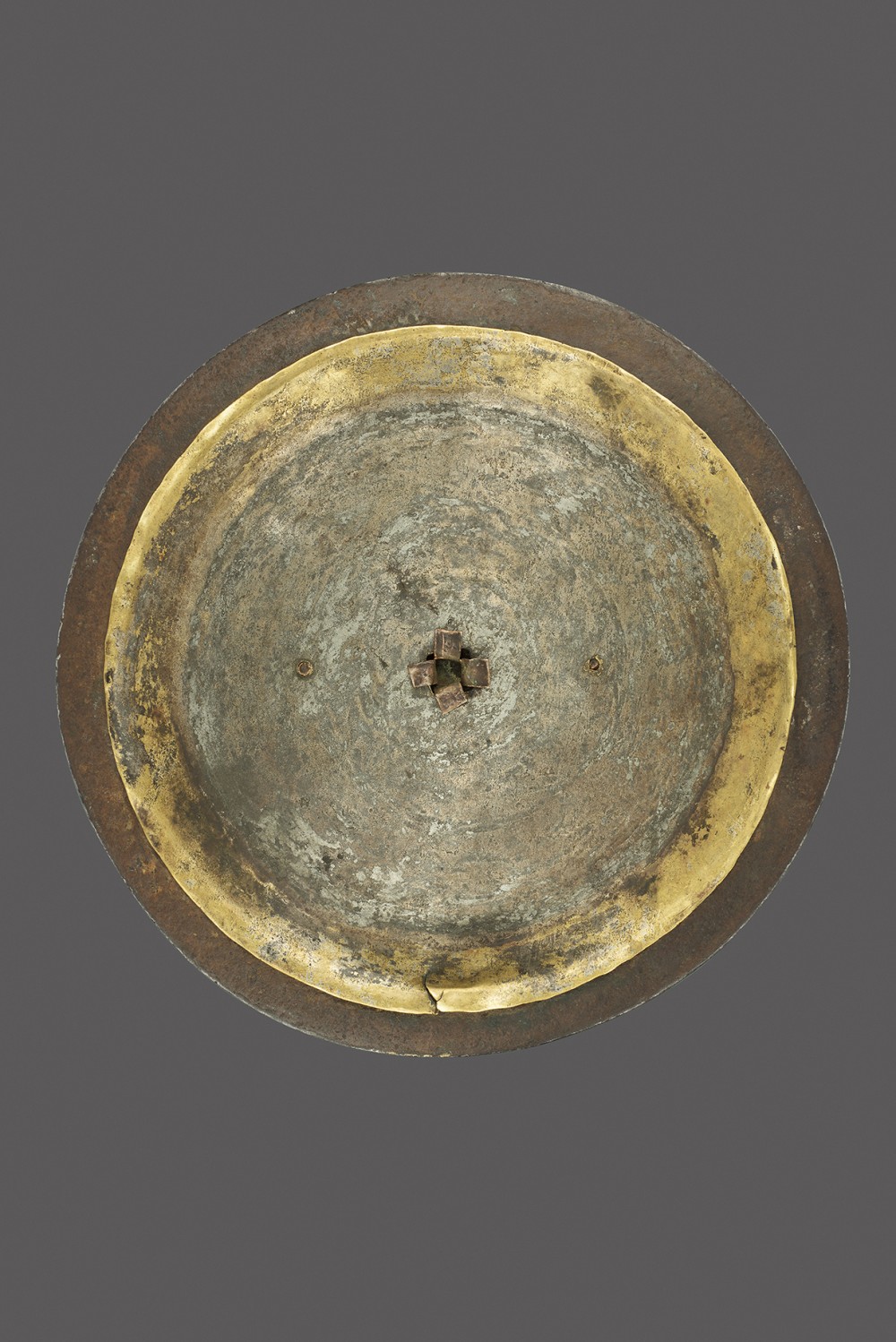 The introduction of the ‘four mirrors’ cuirass into north India in the 17th century was mirrored on the Himalayan plateau by the development of a similar form, also made of four plates, circular at the front and rear, crescent-shaped at the sides, fastened by a series of leather straps and buckles over a mail shirt. These have been ascribed to Bhutan, but there is good evidence that they were also used in Tibet alongside the traditional lamellar armours. A comparable cuirass is Royal Armouries, Leeds, no. xxvia.159.

Probably the breastplate from a set, formed of a slightly domed gilt-iron disc fitted with a fretted overlay comprising a rim joined by tapering spokes to a centre fretted quatrefoil set with a coral in a copper alloy mount secured at the rear with bifurcations. The overlay is decorated with gold and silver koftgari scrolling foliage within silver bands.  Three rivets for the original leather straps are visible at the rear.