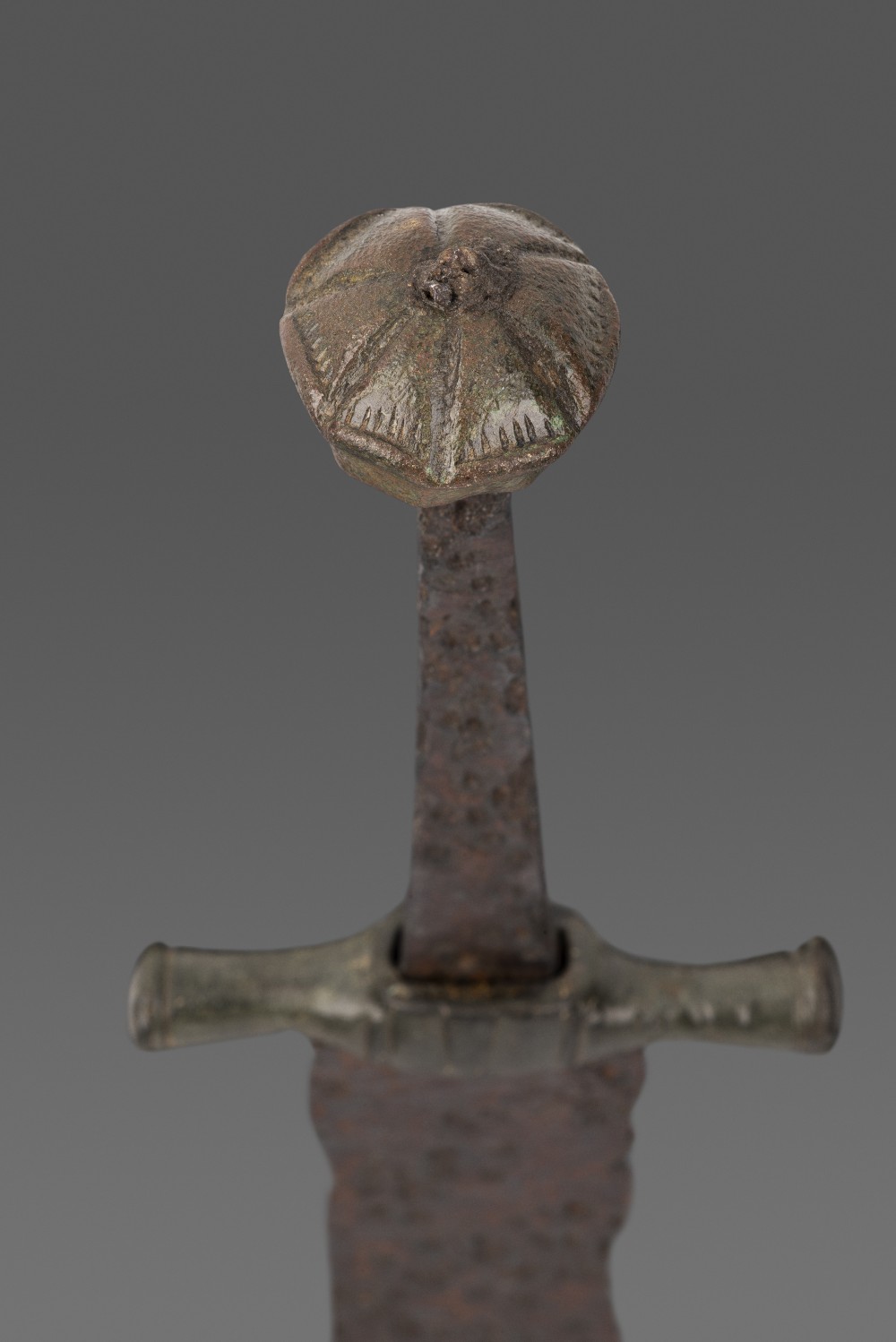 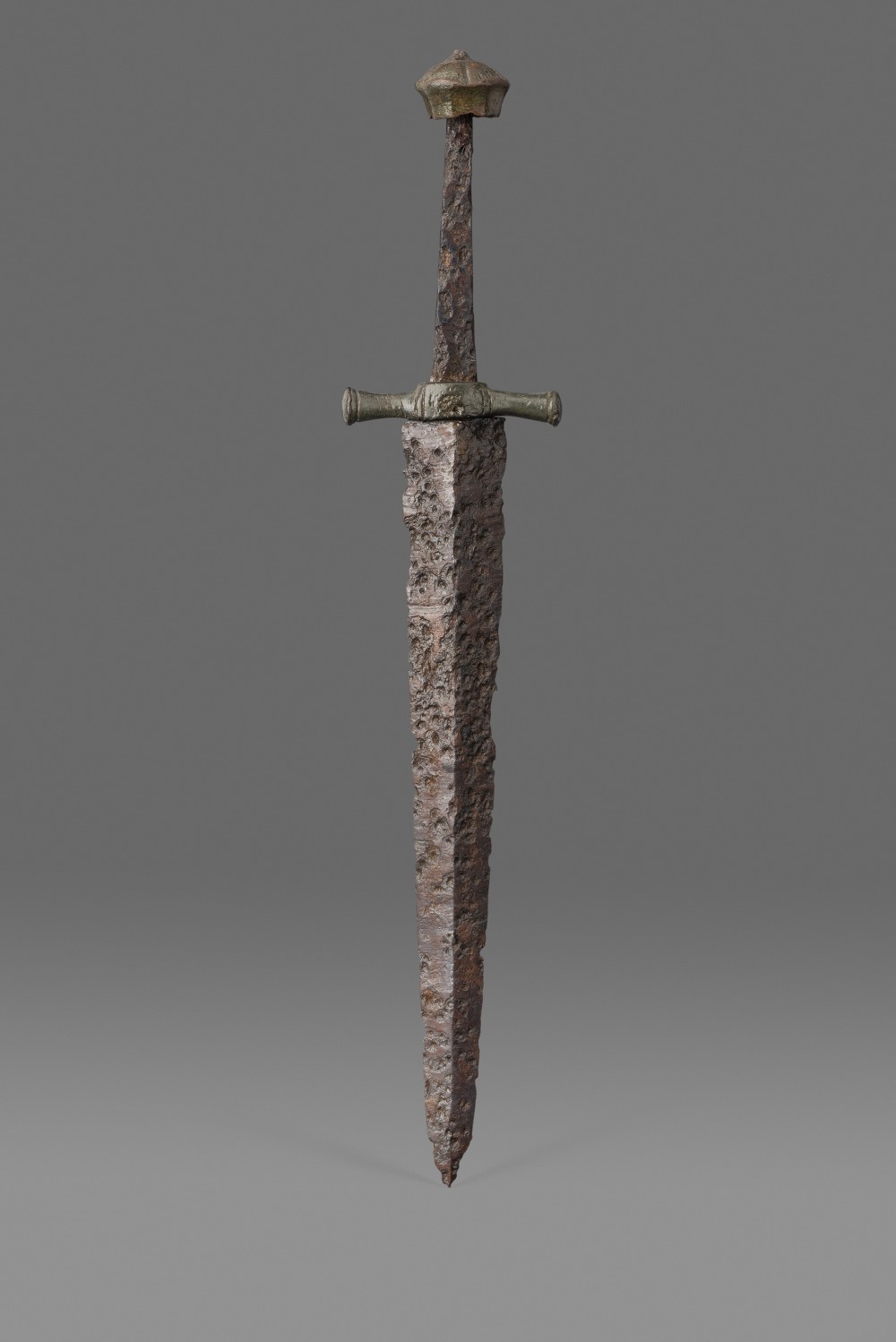 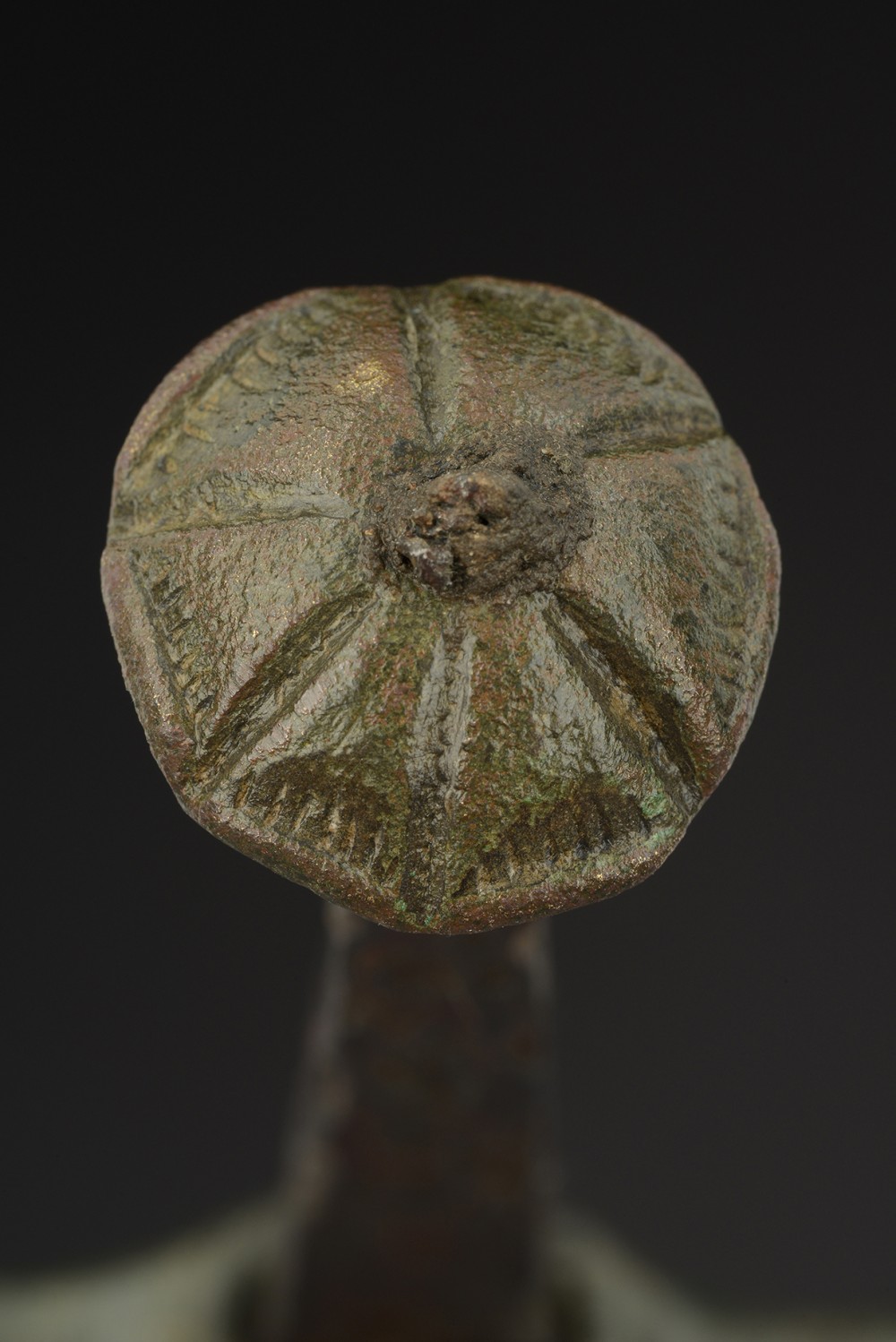 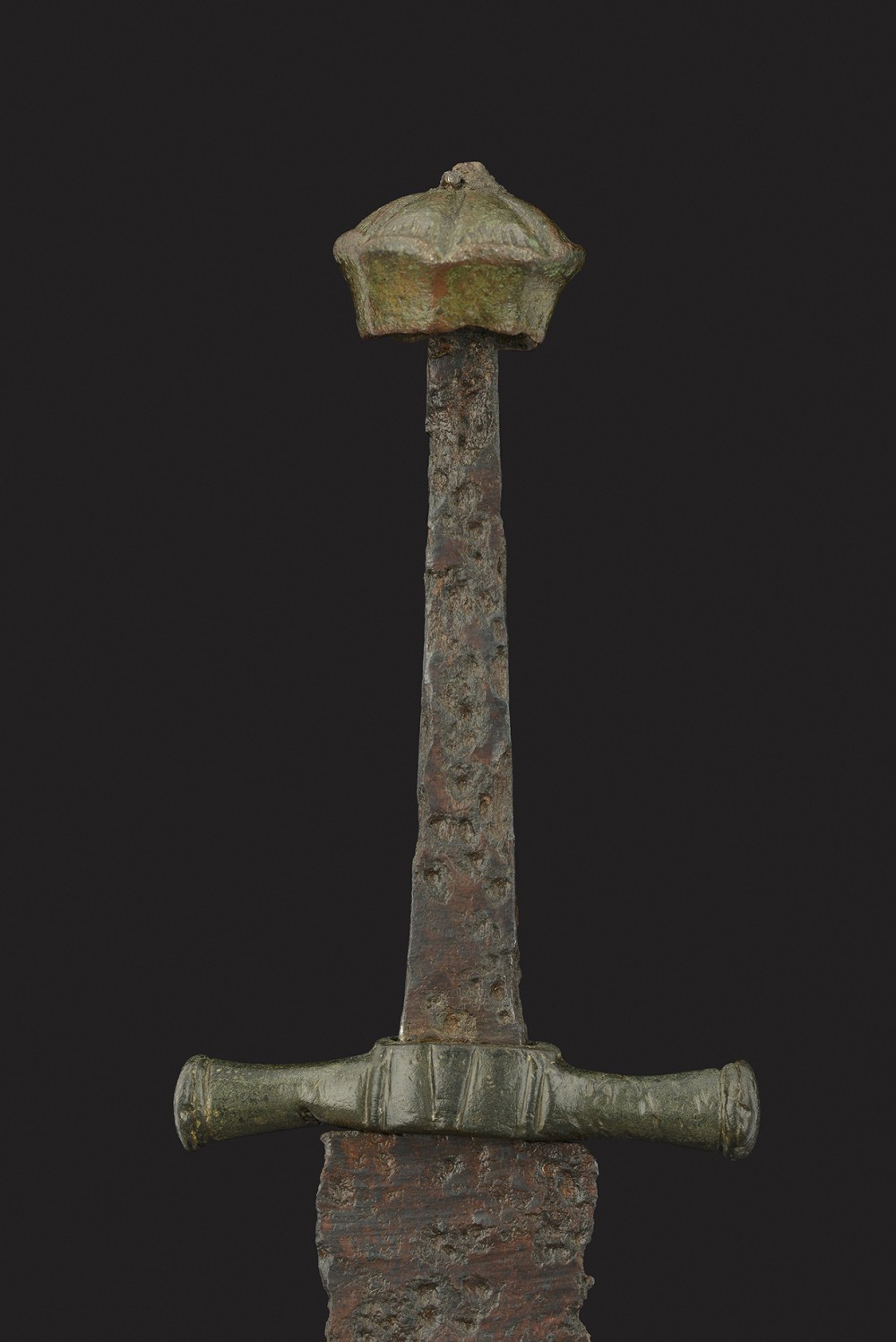 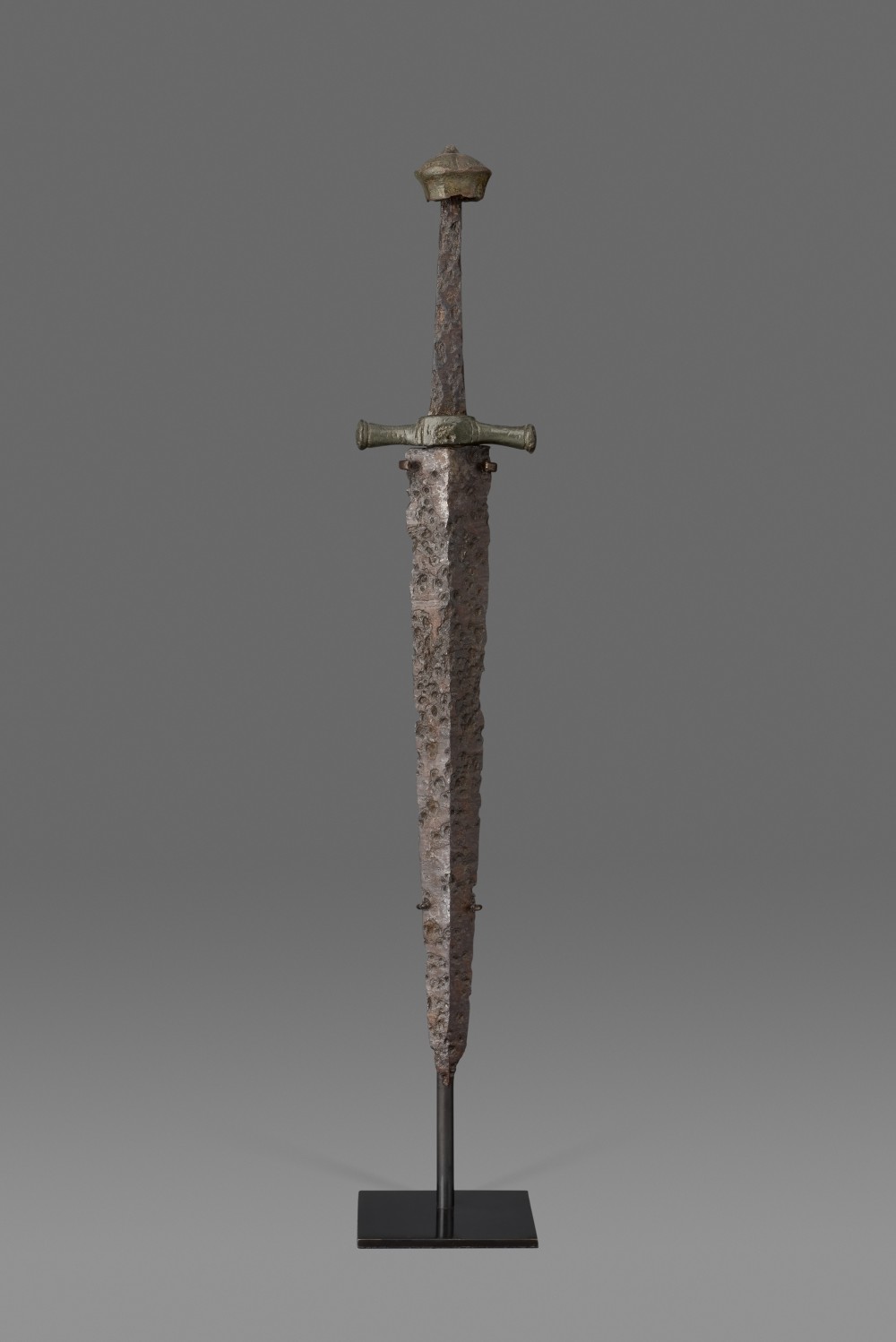 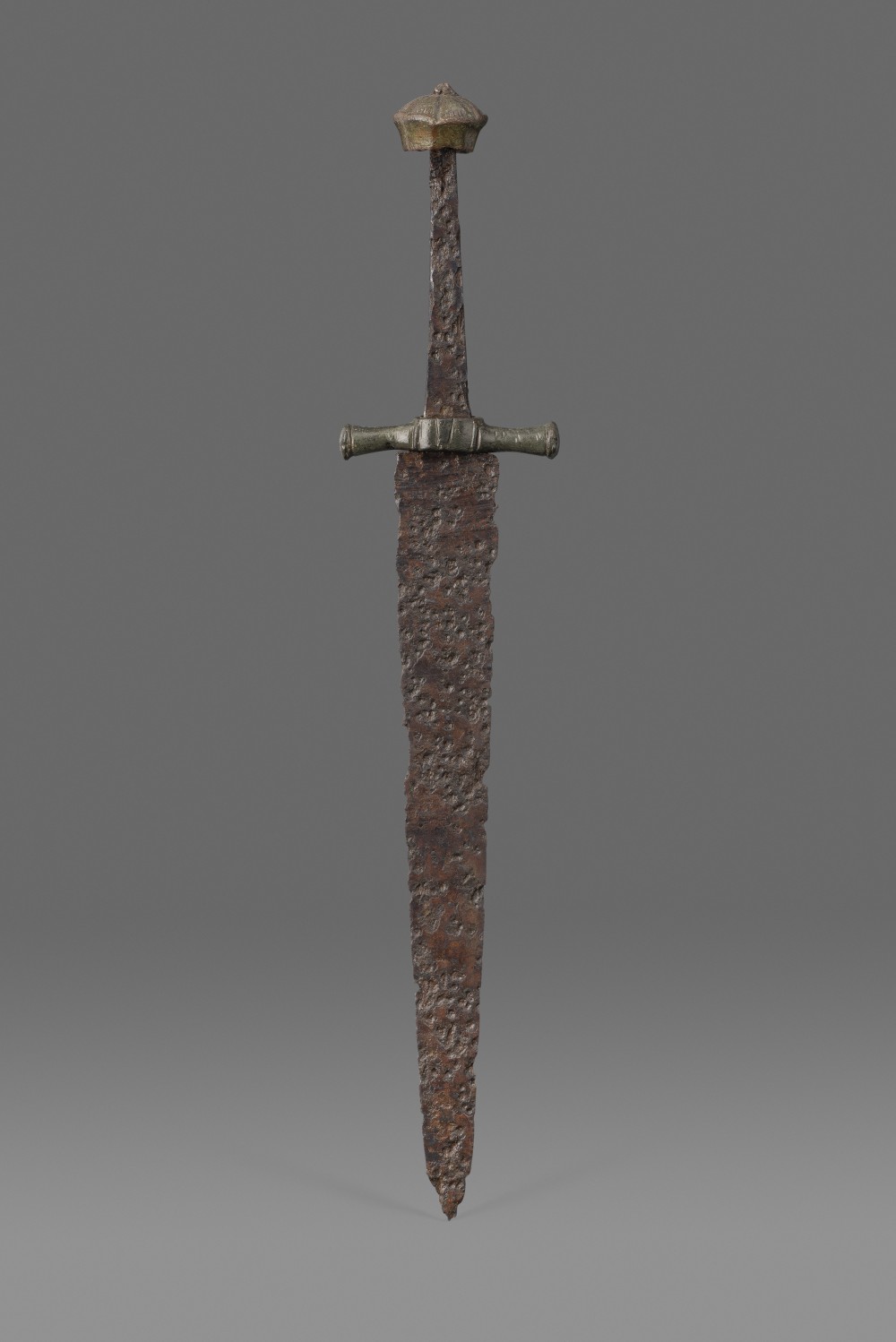 The evidence of North European 16th century figural art reveals that while a member of the knightly class would most likely be identified as such by the carrying of a sword, the merchant class and the common man would by necessity be armed also, but with a dagger at their belt. The present example may have crossed the divide, with the quillons of the hilt intended to better parry an opponent’s sword blade in very close combat, the dagger being carried in the left hand in conjunction with a broadsword in the right. Combat with sword and dagger in conjunction originated within the early part of the 16th century and by about 1550 had developed into a ‘science’ taught by fashionable exponents.

The pommel which crowns the hilt of the present dagger is particularly distinctive, resembling a type of cap fashionable throughout Northern Europe in the first half of the 16th century. The present example belongs to a small group of daggers with closely related crosspieces and pommels but with differing blade types.

A dagger of this type and fitted with a near-identical segmented cap-shaped pommel is preserved in the Schweizerisches Nationalmuseum, Zurich (AG 2495); that example was found in the German state of Baden, and in common with most known examples it is in excavated condition.