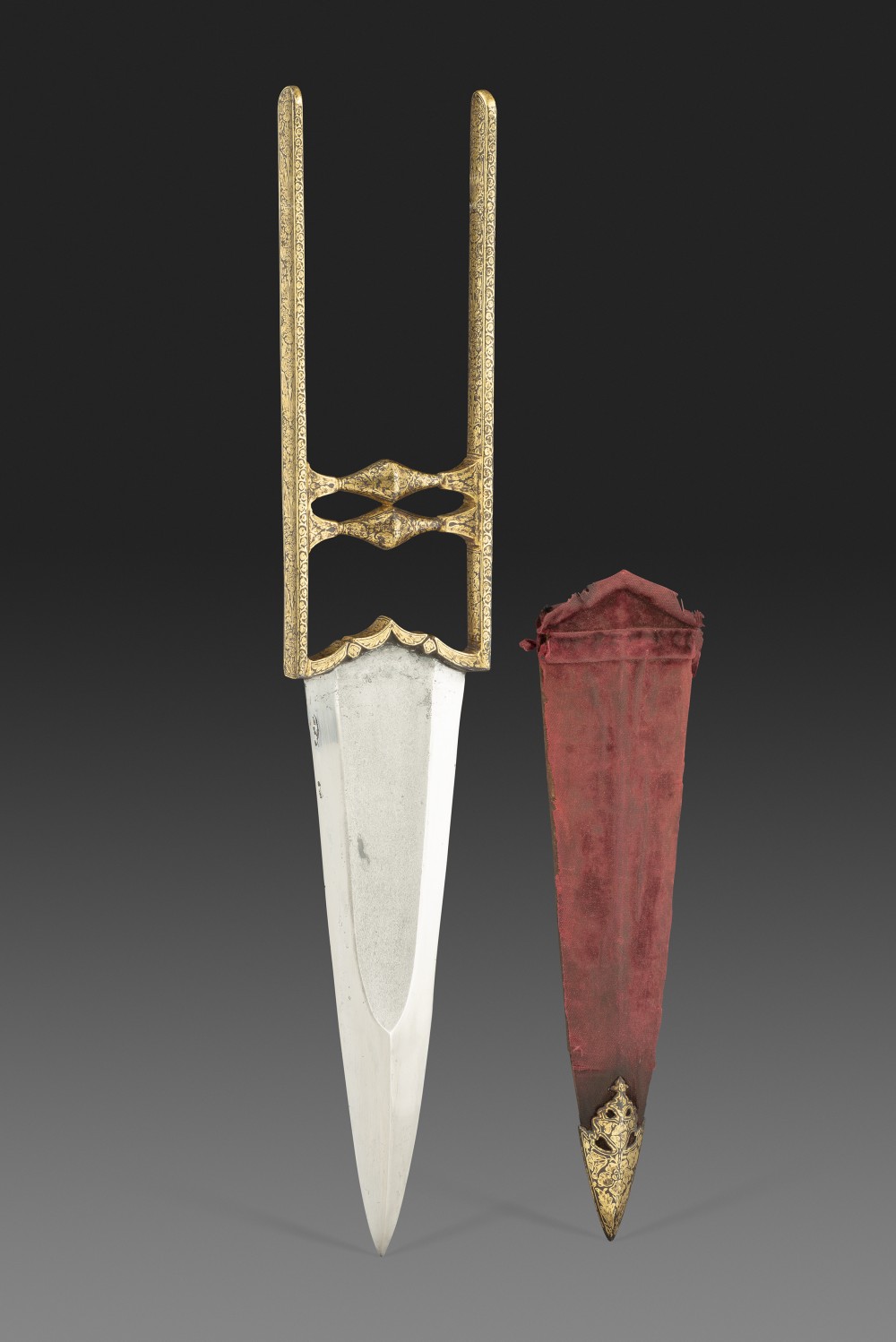 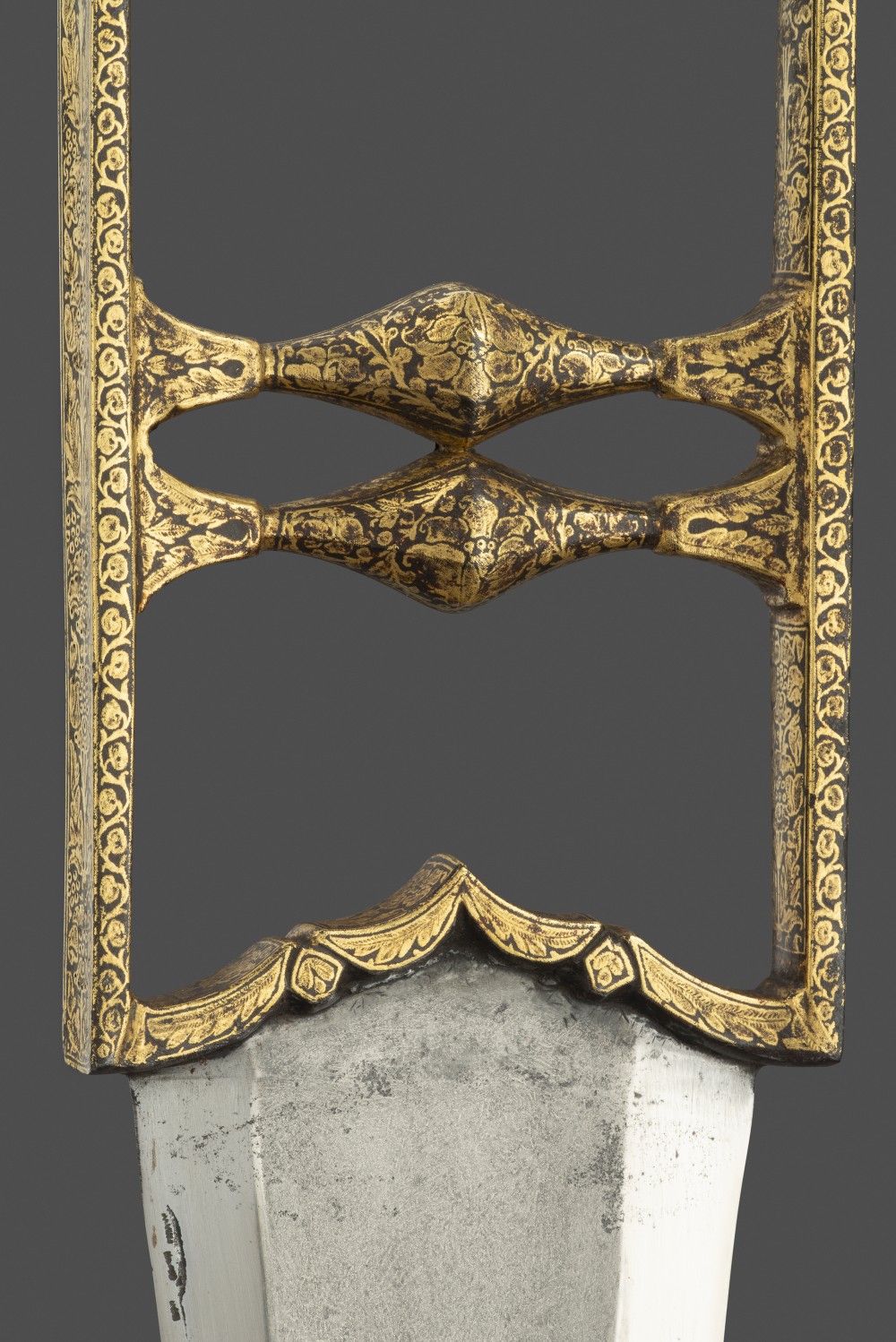 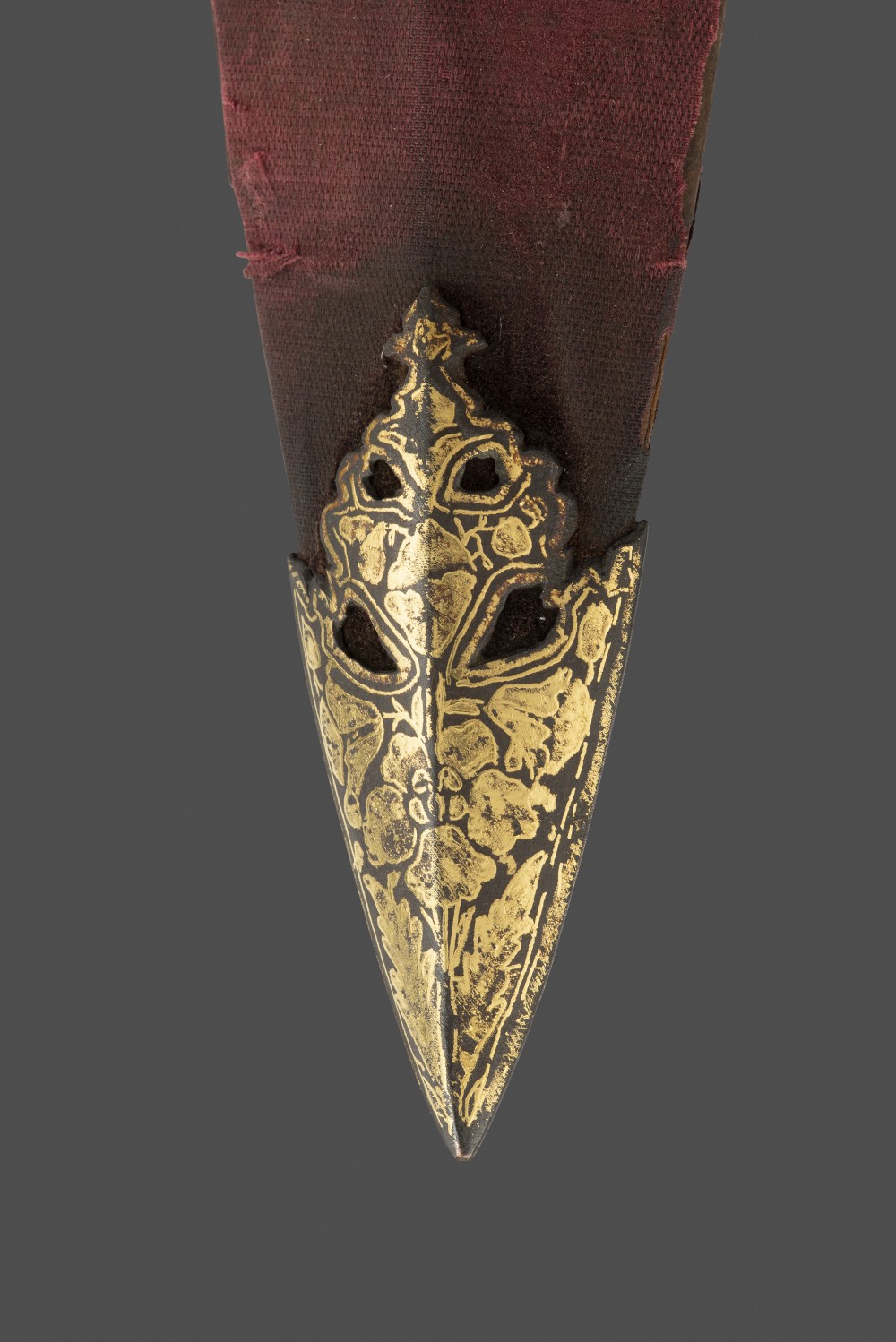 The Hindu punch dagger was adopted as a status symbol by the Mughals soon after the formation of their empire in India in the 16th century, and can be seen tucked into the sash in the portraits of many Mughal noblemen. Though exquisitely decorated, the katars of north India were practical weapons as well, and many were made with heavy, armour-piercing points intended to pierce through mail.

In general reinforced points are indicative of earlier weapons, but this example is one of a group made in a revival of the Mughal style of the 17th century, similar to a katar retaining its original scabbard in the Metropolitan Museum of Art, New York (no. 36.25.973).

The group also includes two in the Majaraja Sawai Man Singh II Museum, Jaipur (particularly close to the present example) and several others katars chiselled with hunting scenes, such as Royal Armouries no. xxvid.85, and Royal Collection nos 38193 and 37433.