A Parade Partizan for the Bodyguard Of Duke August Wilhelm Of Brunswick-Wolfenbãœttel, dated 1718 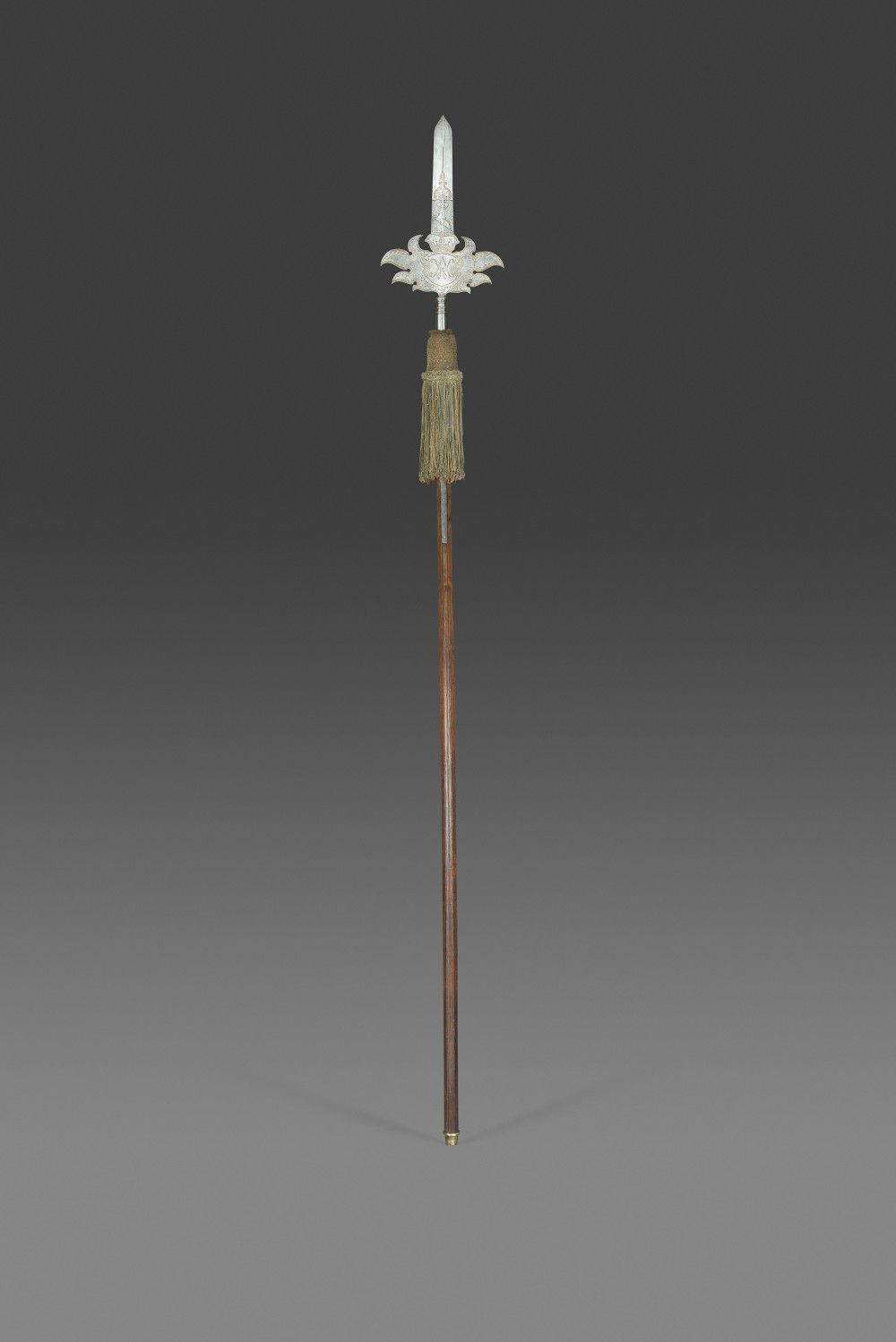 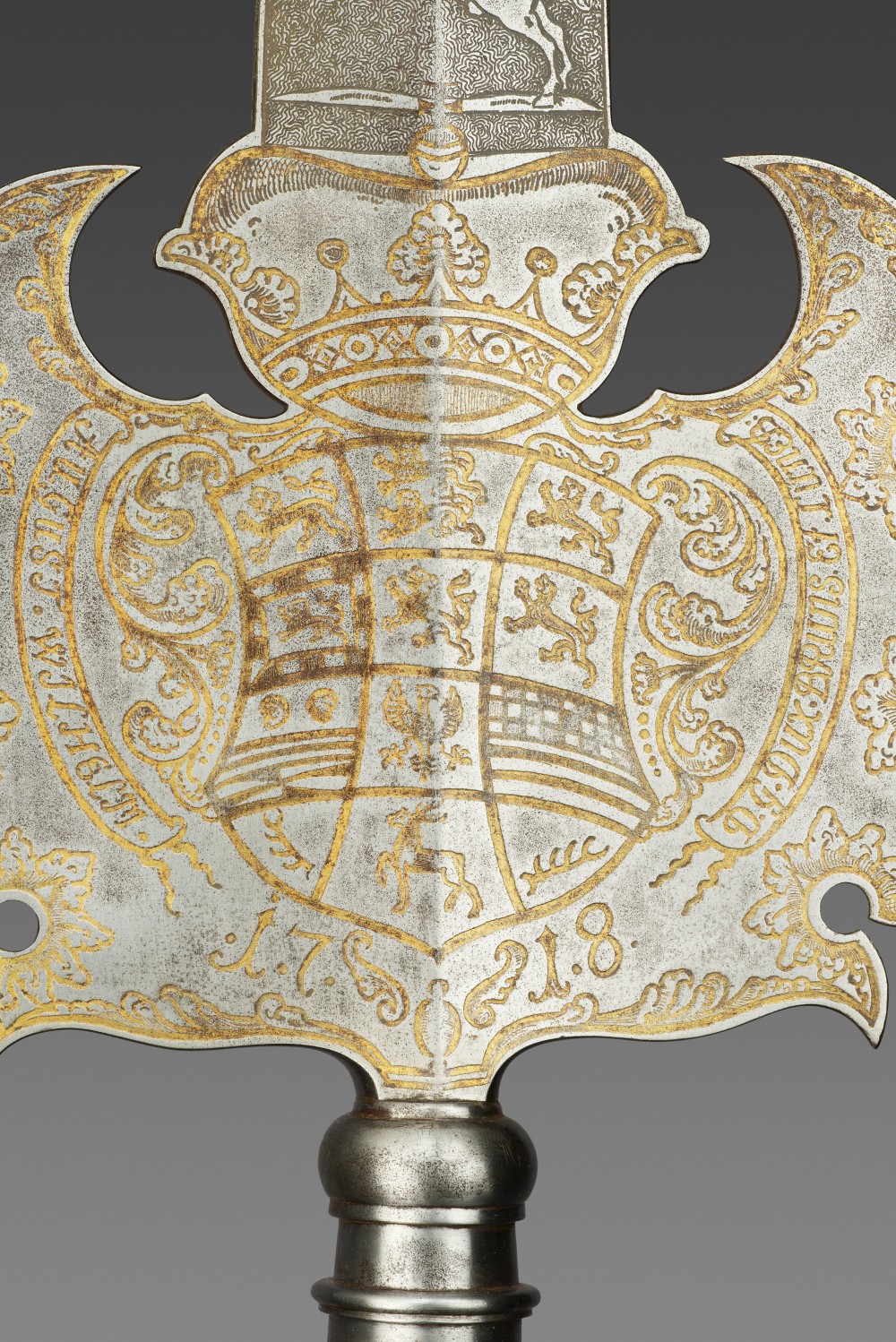 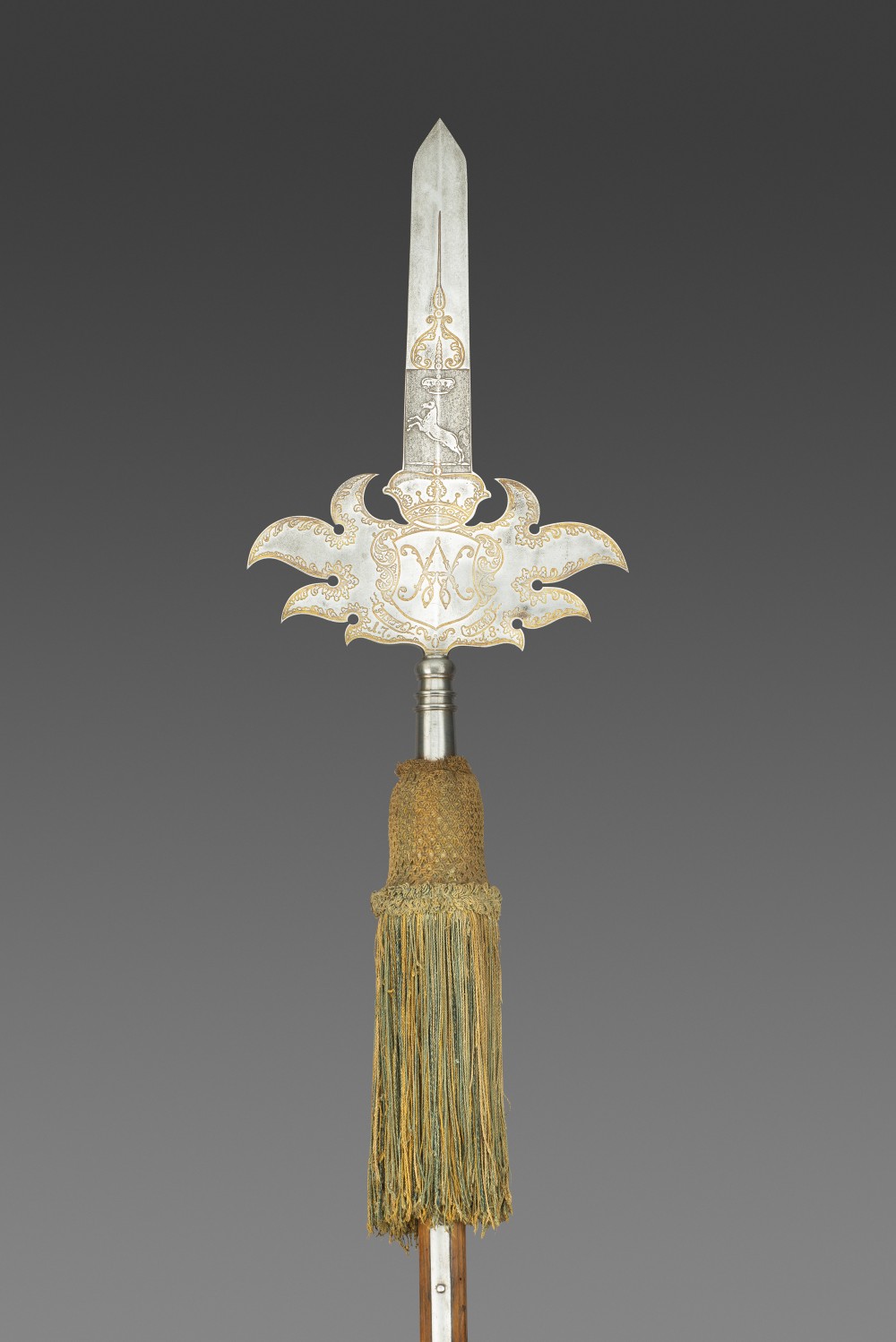 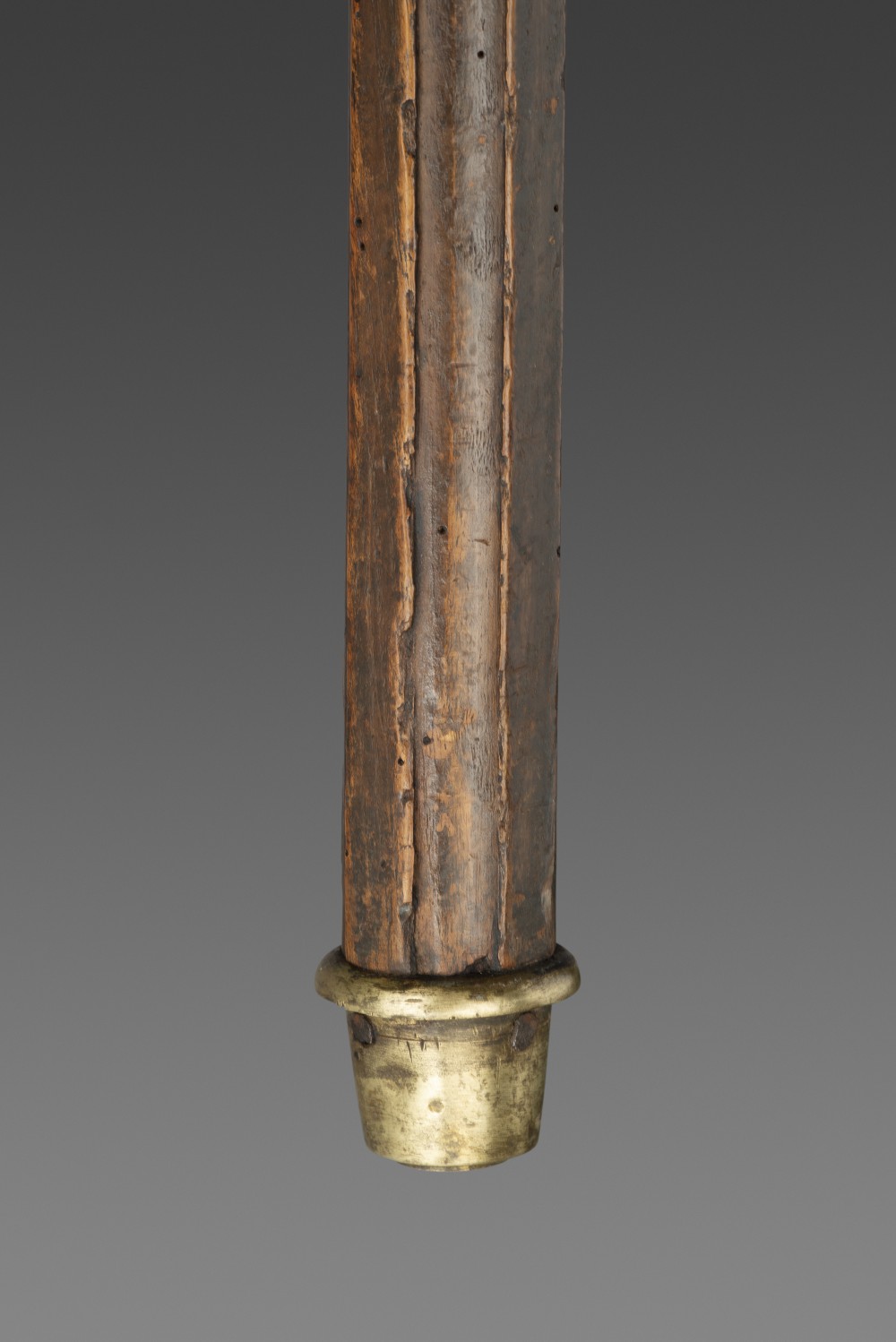 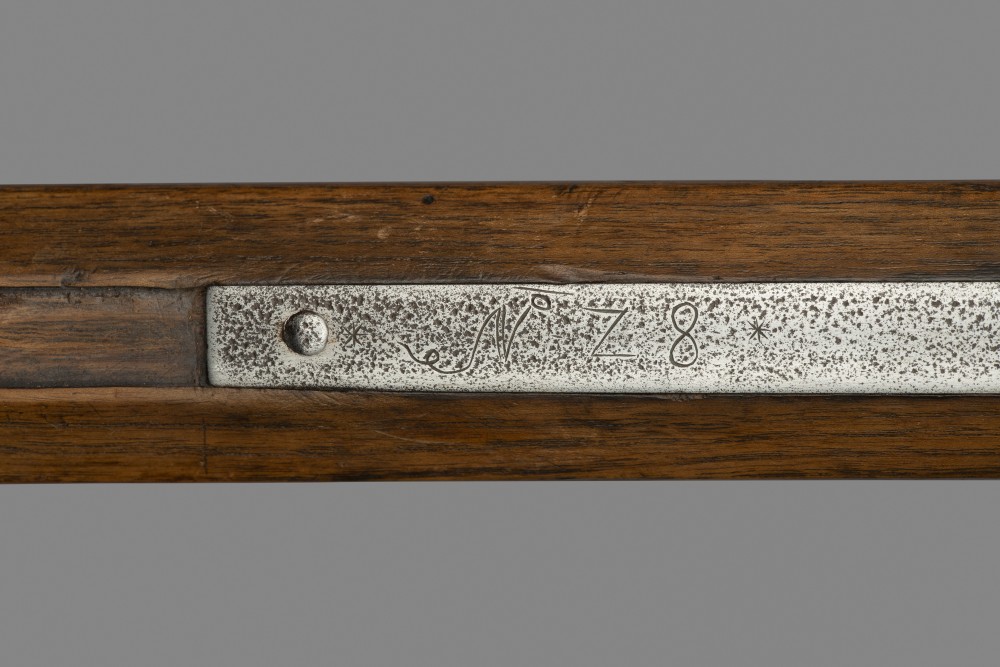 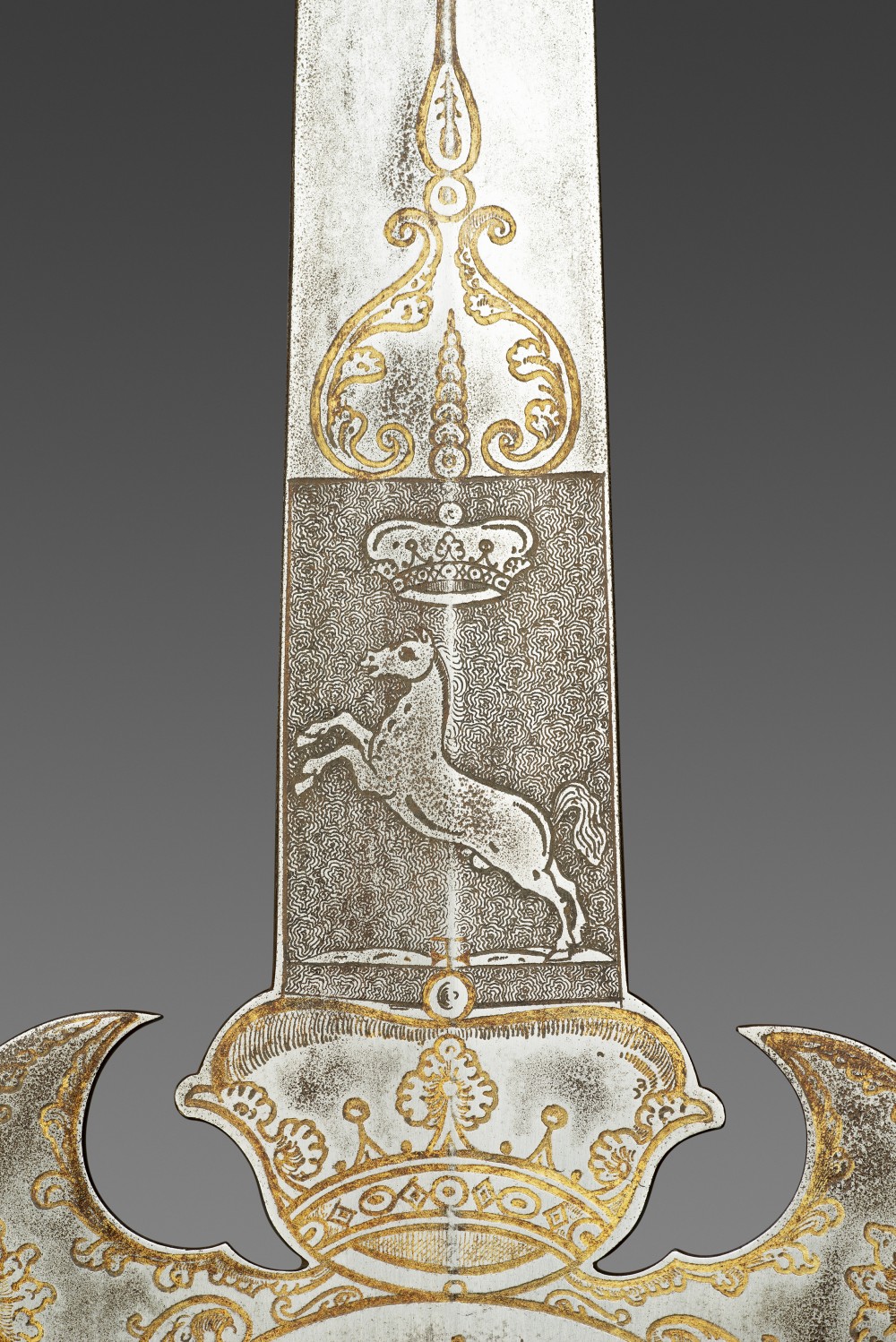 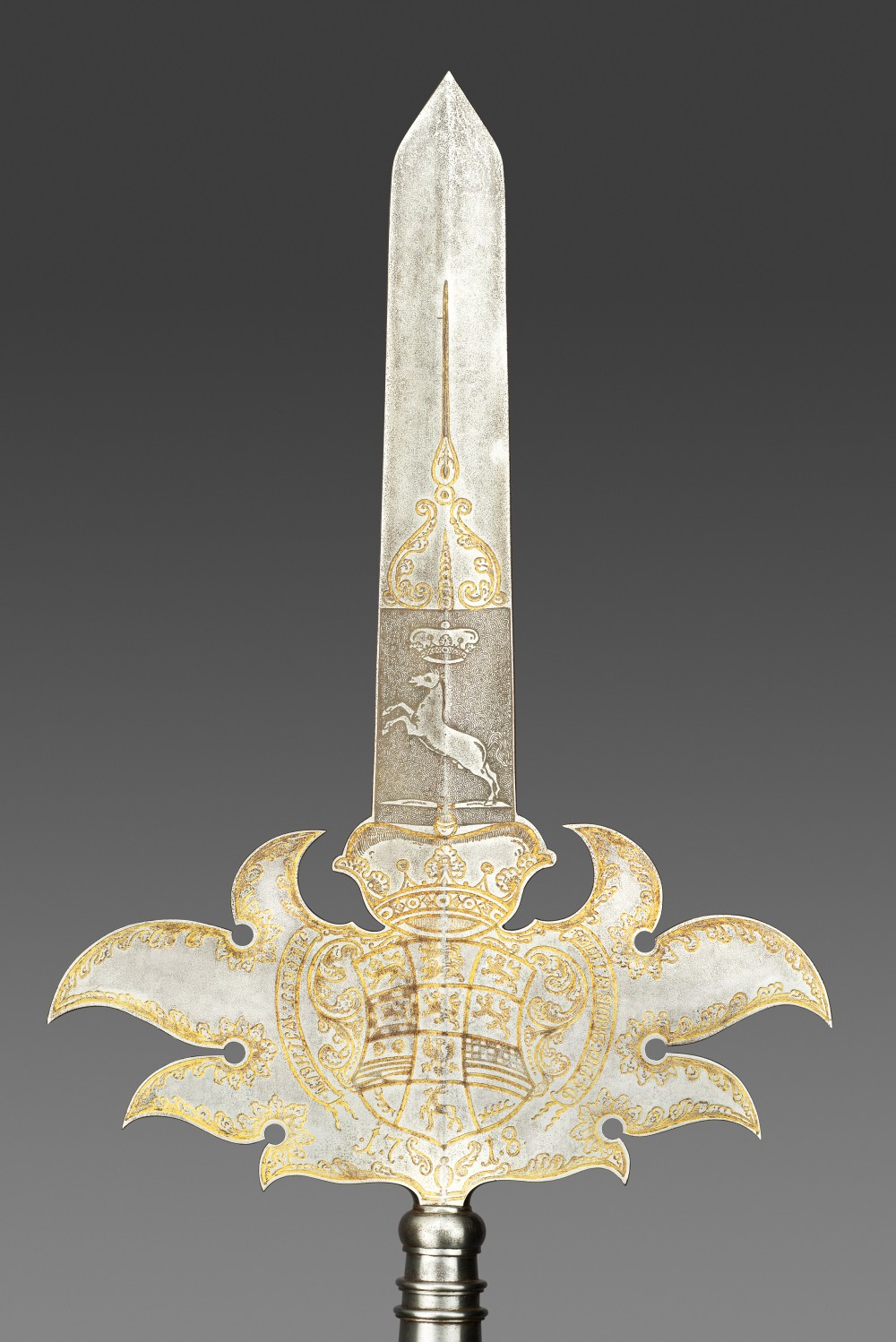 
Inscribed with the number '28'

This splendid parade partizan from the early 18th century is part of an important group of such emblems of authority from the ducal court of August II Wilhelm of Brunswick-Wolfenbüttel (1662-1731). There may once have been as many as 60: one of the four partizans from this group exhibited in London between 1952 and 1953 was engraved with that number on its langets.

Like halberds, partizans were once used on the battlefield but, they were long obsolete in combat by the early 18th century. Carried as their weapons of office by the men of Royal and noble bodyguards – as they are still by the bodyguard found for HM Queen Elizabeth II of Great Britain by her Yeomen of the Guard – partizans were as much badges of office as weapons. As such, of course, they normally bore as part of their decoration the insignia of the ruler whose body they symbolically protected.

This blade, etched with decoration ‘en grisaille,’ or in tones of grey, bears the horse ‘forcené’ of Brunswick beneath an incised ducal coronet. Floral gilded tracery surrounds, on one side, the Arms of Brunswick-Wolfenbüttel flanked by twin scrolls that are inscribed, ‘AUGUST WILHELM:’ and, ‘DG DUX BRUNS: EA LUNEB’. (August Wilhelm, by the Grace of God Duke of Brunswick and Lüneburg) with the date ‘1718’ beneath. The reverse side of the blade shows a shield containing the monogram ‘HAW II’ (Herzog August II Wilhelm’, or ‘Duke August II Wilhelm) above a scroll bearing the ducal motto ‘PARTA TVERI’ (‘Defend your Acquisitions’) above the date ‘1718’.

This diamon-shaped steel spike, with blades cut to form four individual flamboyant flukes, has a base in the shape of a ducal coronet that rests on a wooden shaft that terminates in a conical metal ferrule.