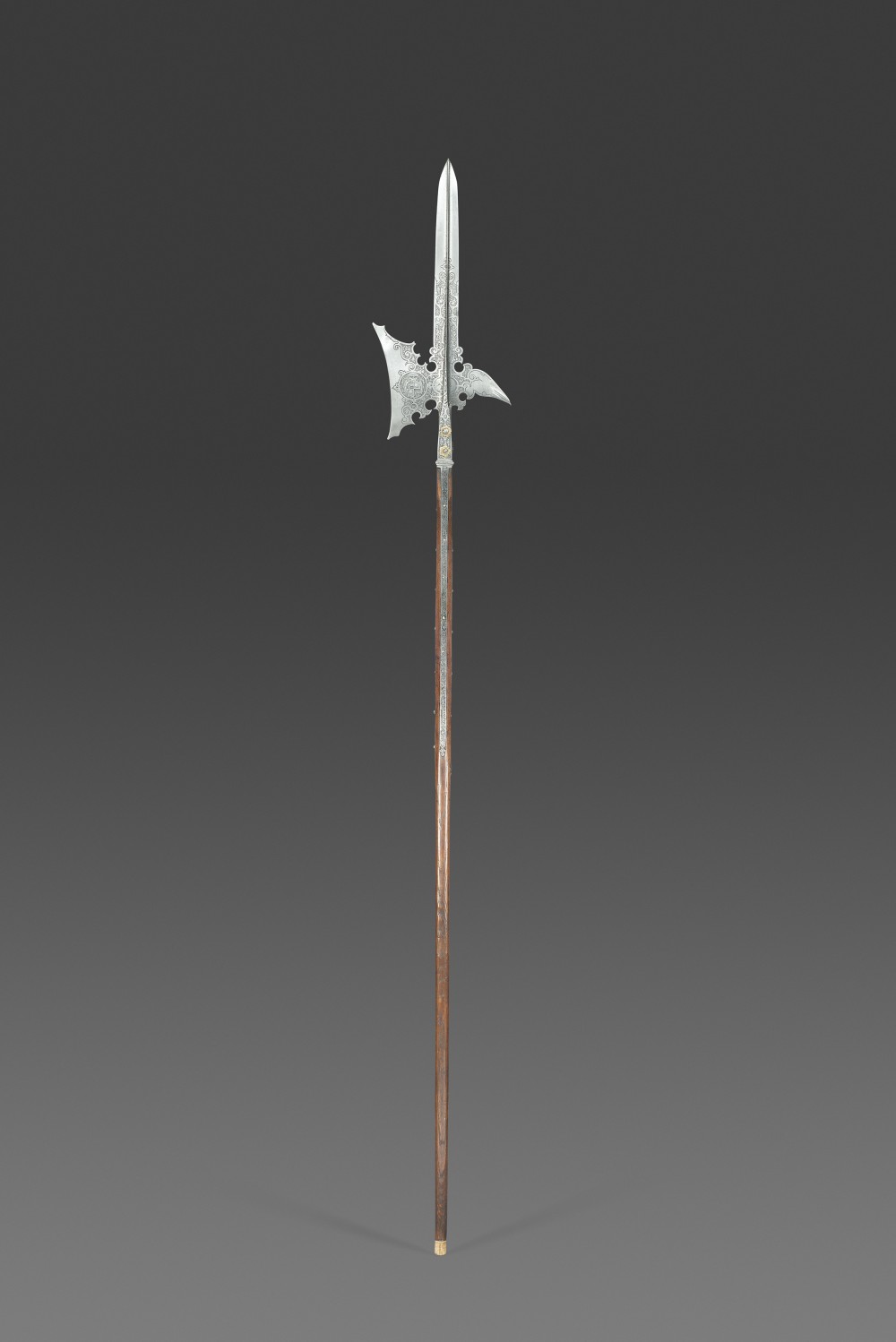 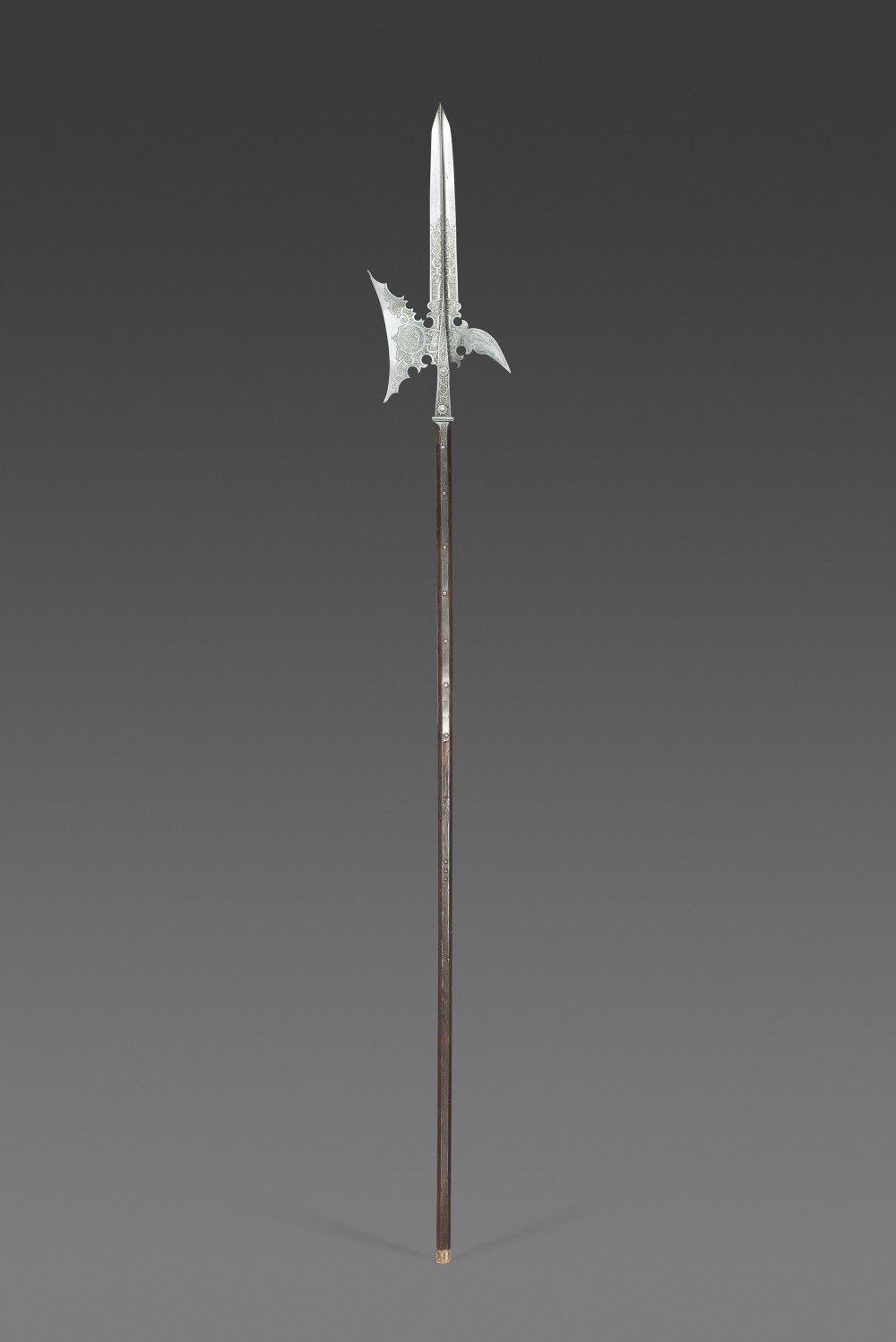 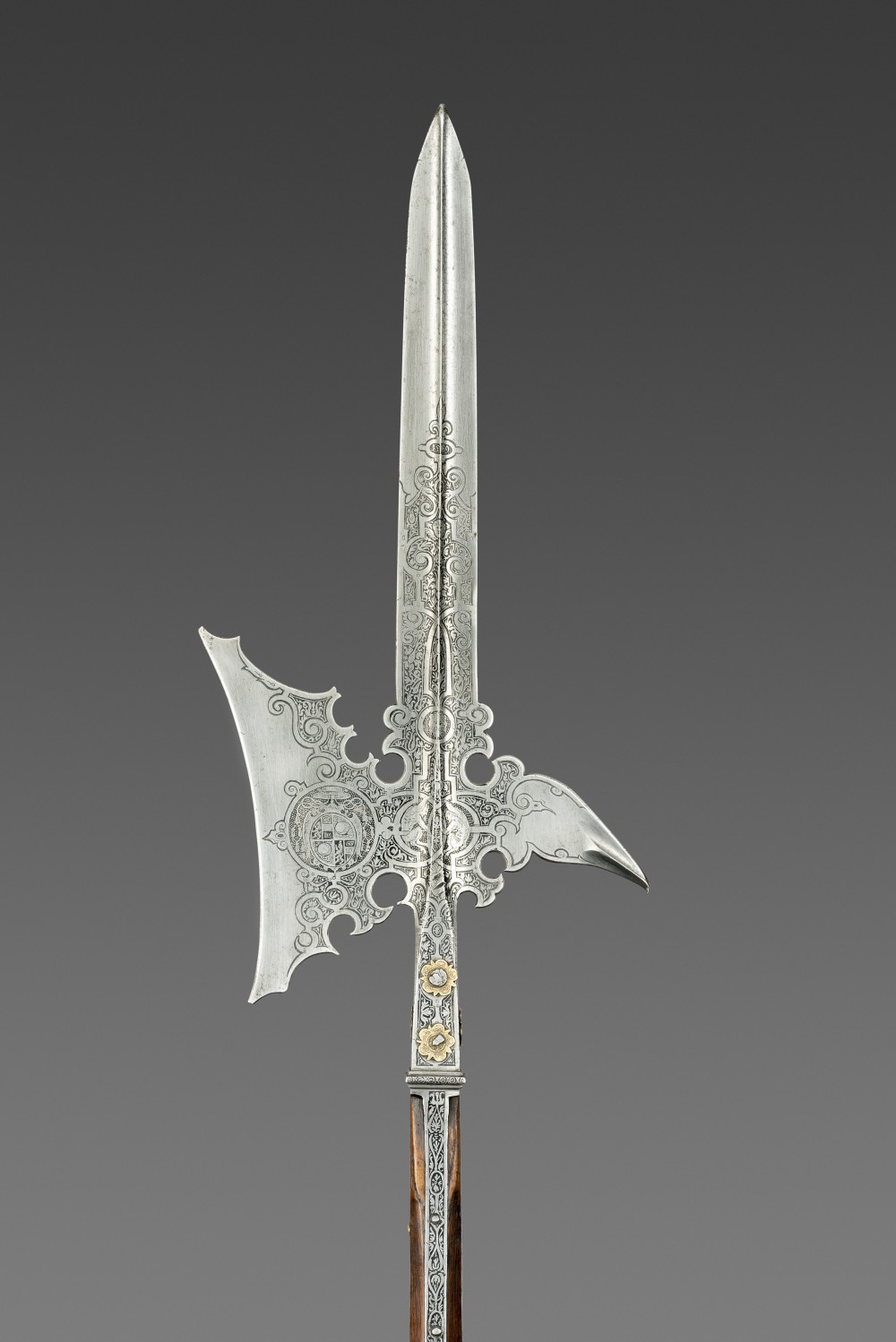 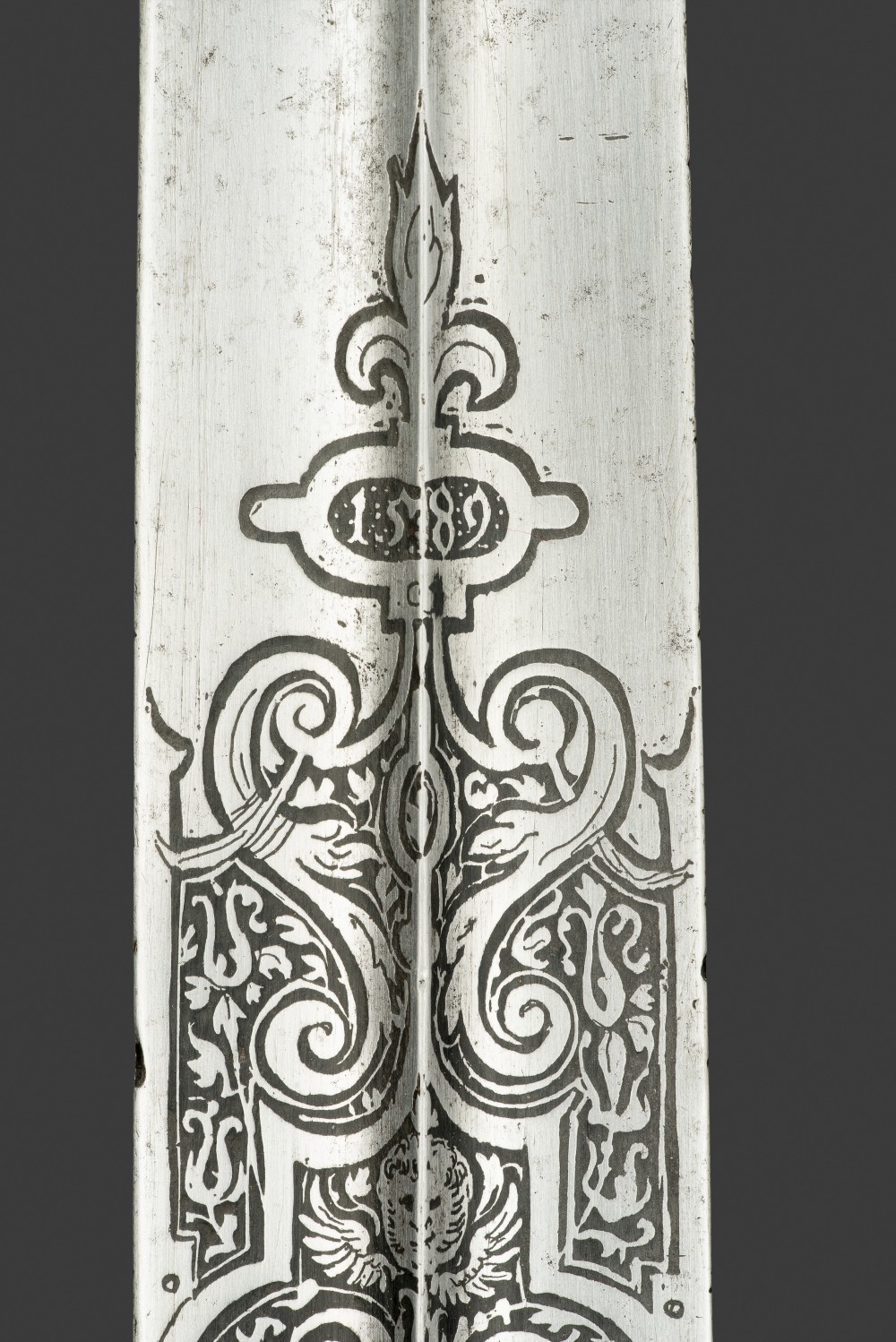 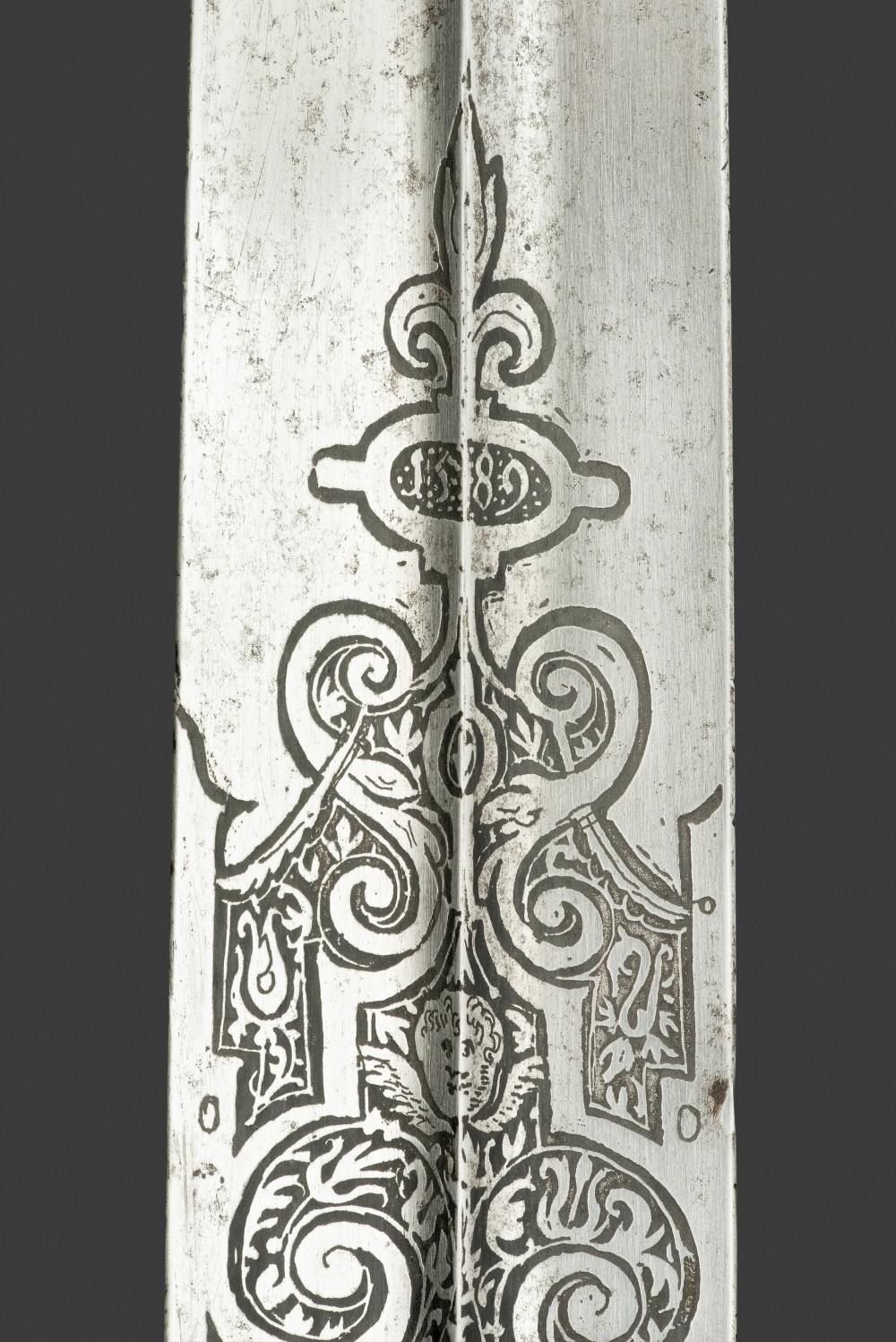 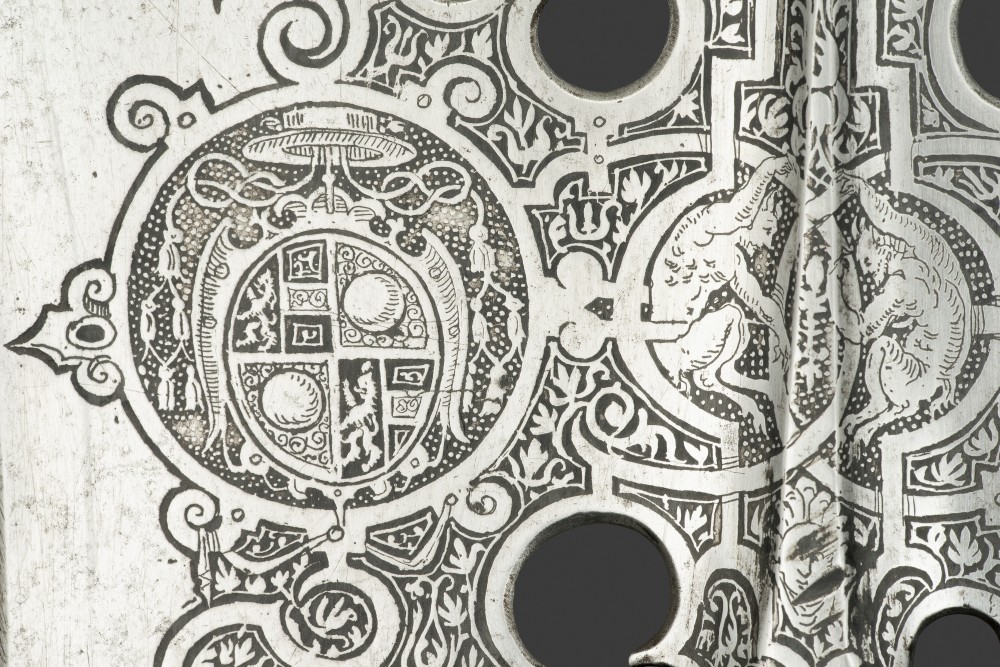 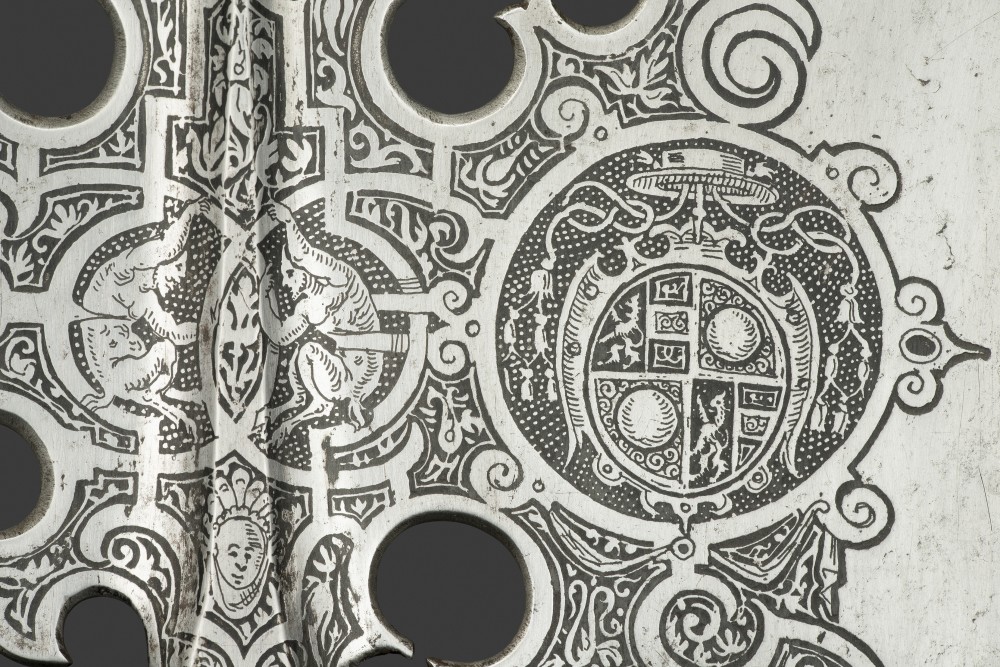 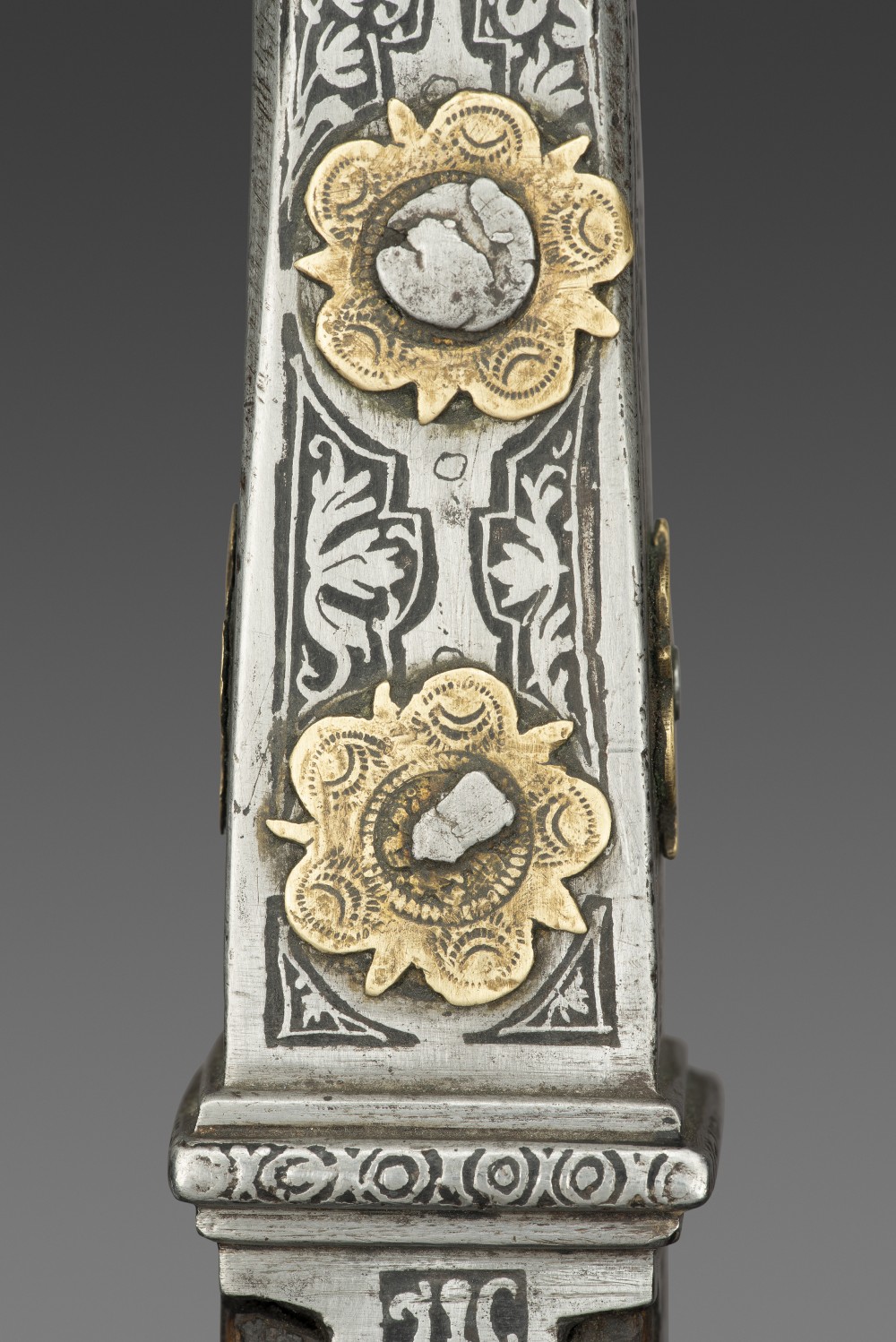 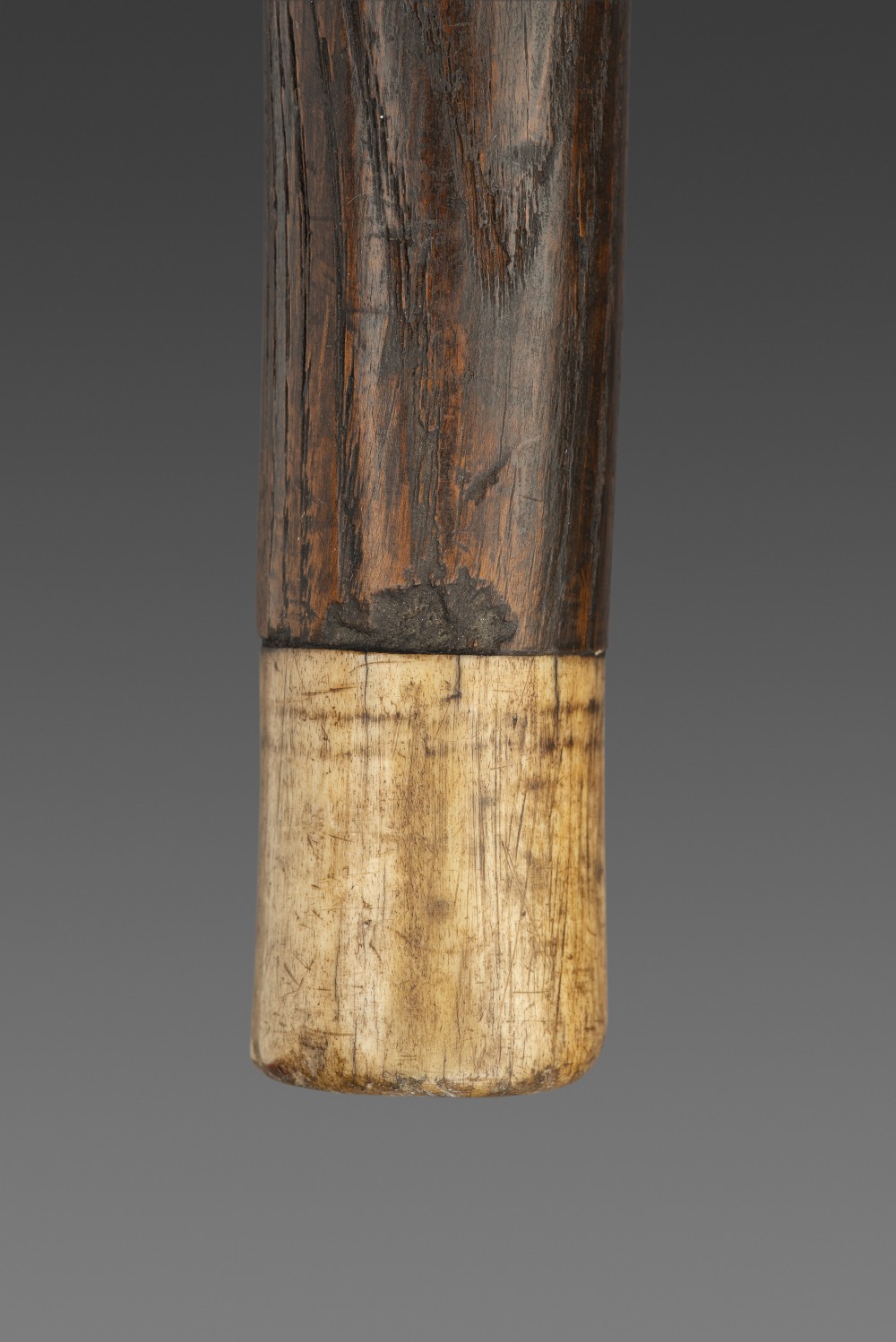 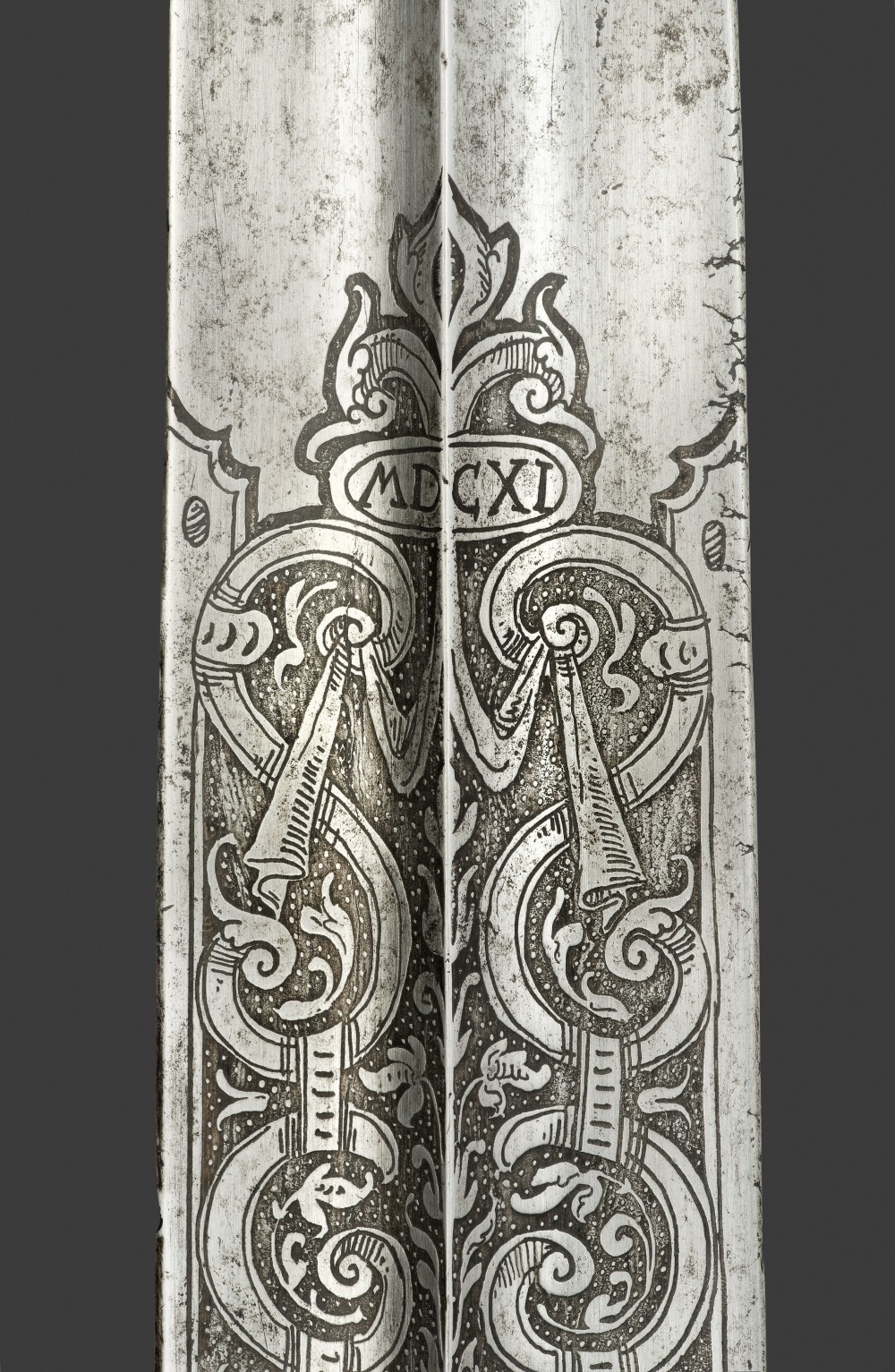 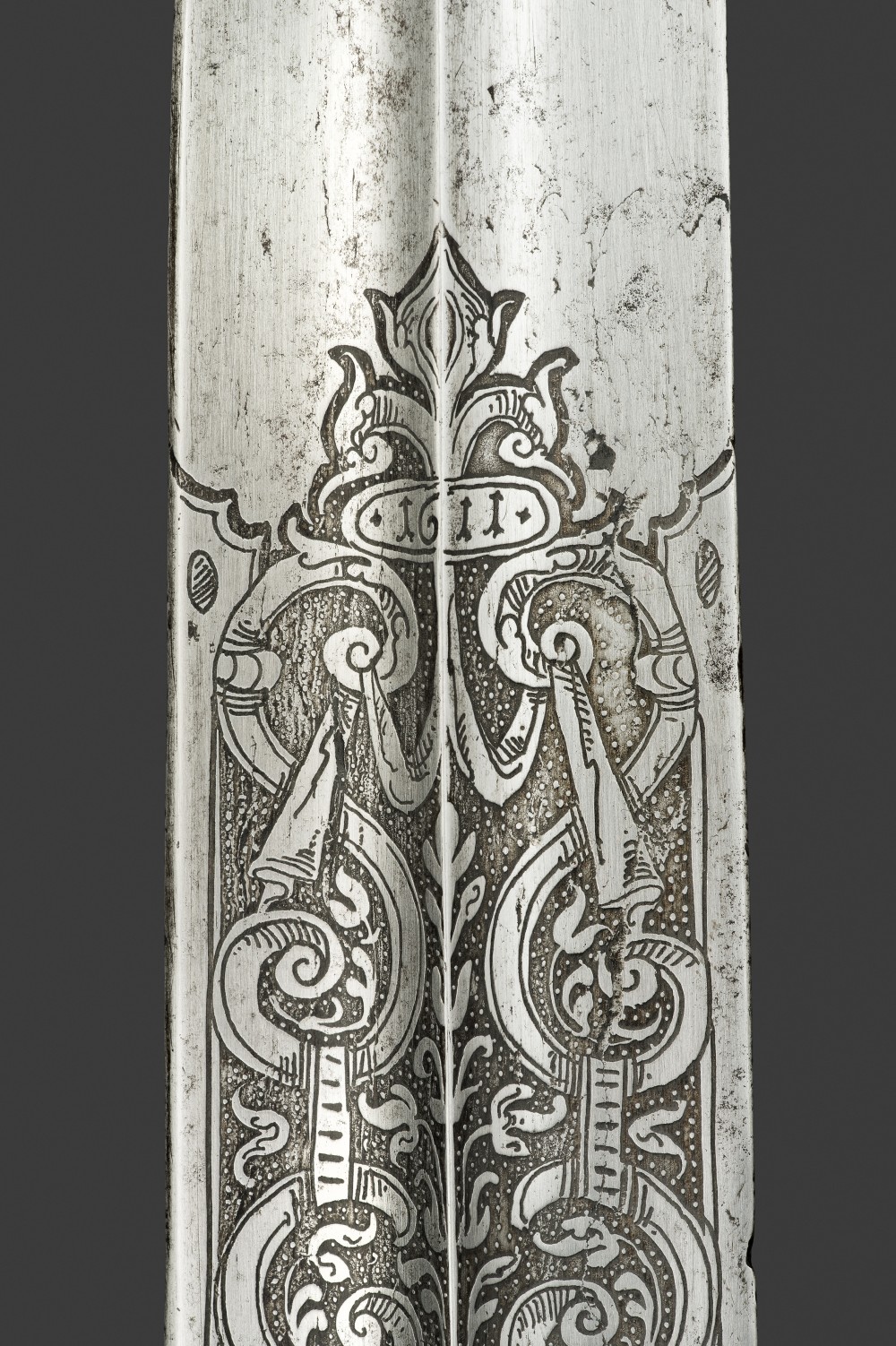 Included in the removal of the greater part of the contents of the Salzburg arsenal by Bavarian troops, within the period 1809-15, and installed as booty in the Munich city arsenal. Transferred to the Bavarian Army Museum, Munich, circa 1879 Acquired in 1961 by Dr. Hans Schedelmann, Vienna (the renowned authority on antique arms), by exchange

Wolf Dietrich von Raitenau (1559 – 1617) was Prince-Archbishop of Salzburg from 1587 to 1612. Born at Hofen Castle in Lochau, in Austria, he was the son of a Habsburg colonel and niece of Pope Pius IV.

Perceptive, well-read, and a follower of Niccolò Machiavelli’s ideas, Raitenau was educated in Rome and modeled himself a Renaissance prince. He was a renowned art collector and significant promoter of Baroque architecture north of the Alps: the castle that the archbishop built for his mistress, Salome Alt, with whom he had fifteen children, is known today as Schloss Mirabell, Salzburg.