A Gold and Enamel Small-Sword by John Ray and James Montague, London, Hallmarked 1801 / 2 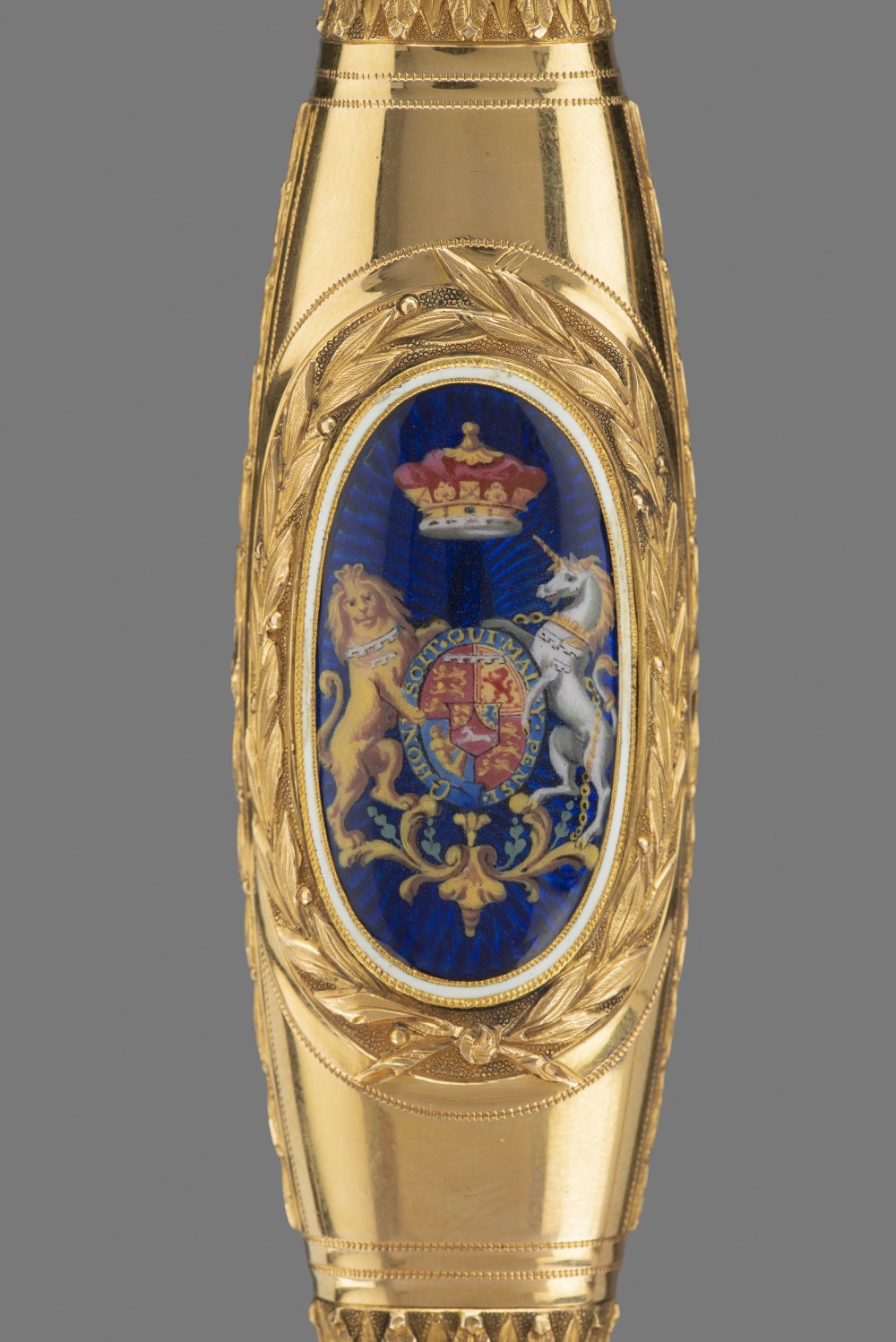 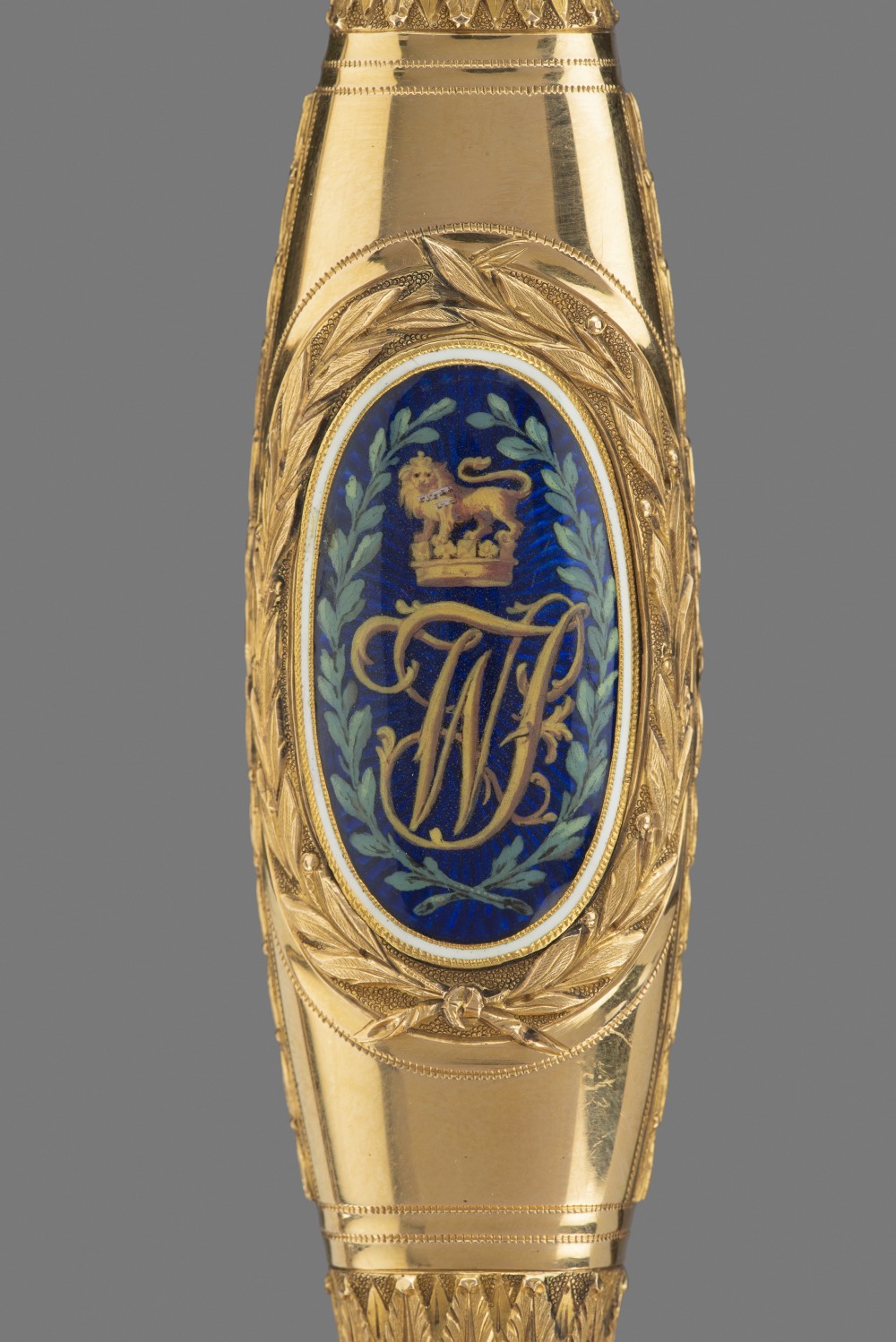 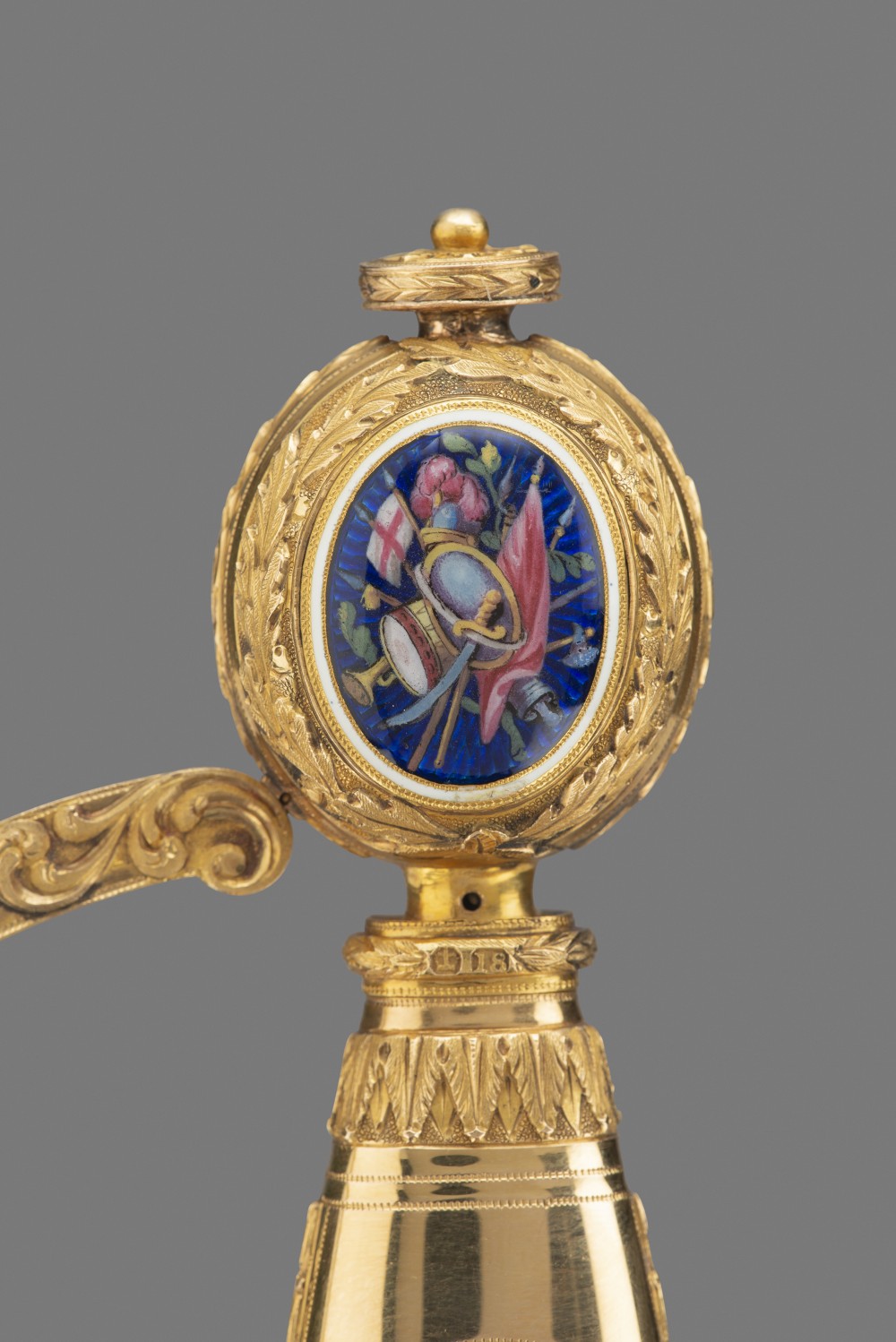 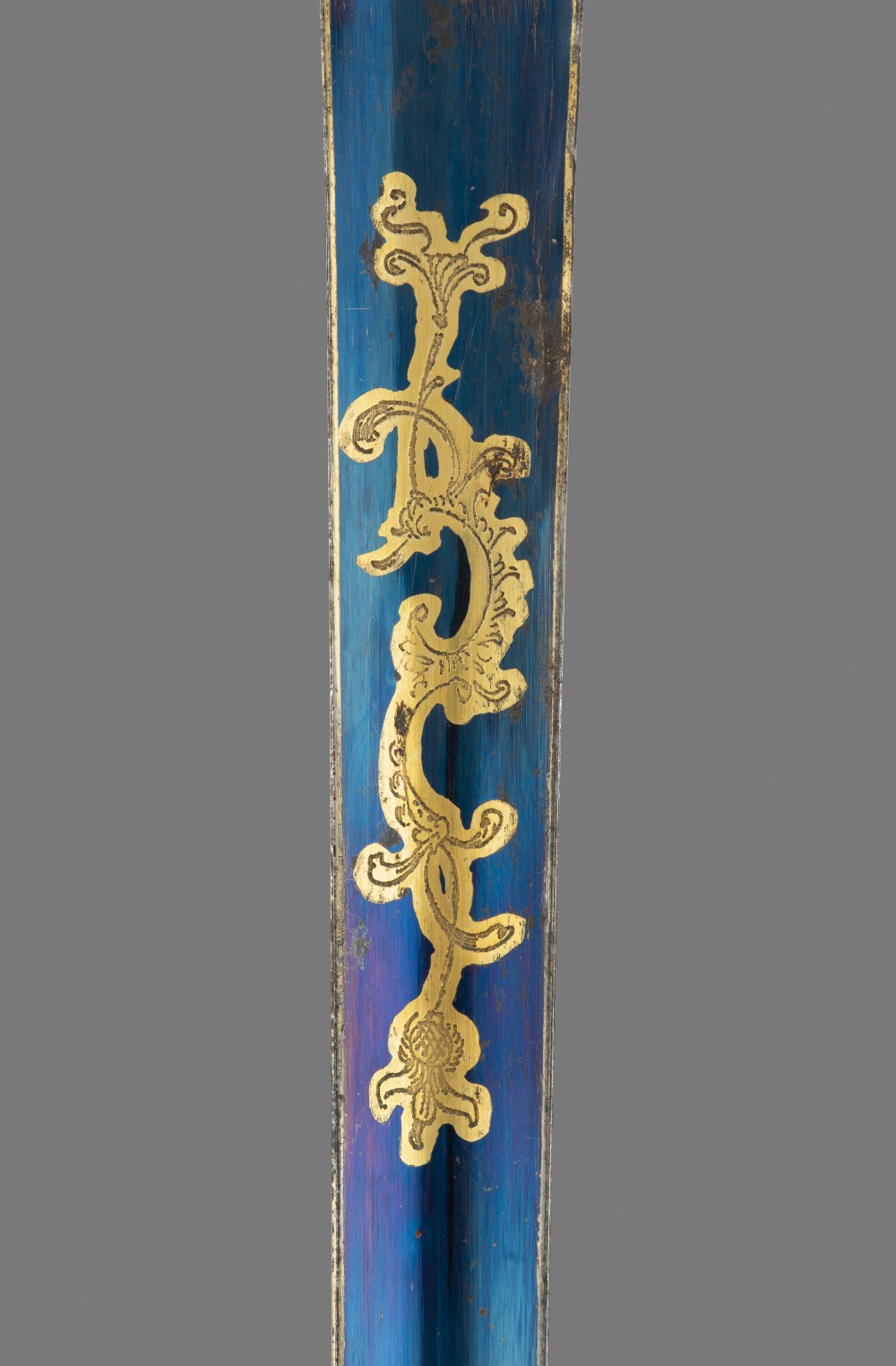 Made by Ray and Montague for His Highness Prince William Frederick, 2nd Duke of Gloucester and Duke of Edinburgh (1776-1834).
A family collection label attached to the sword records that it was bequeathed by the Duchess of Gloucester to her godson Lord William Seymour.
Sold with other pieces formerly belonging to HRH Prince Henry, Duke of Gloucester, KG, KT, KP (1900-1974), at Christie’s London auction of the 26th and 27th of January, 2006, lot 197

Prince William Frederick succeeded his father as Duke of Gloucester and Duke of Edinburgh on the 25th of August 1805, and it is likely that this sword was prepared for him to use following his succession to those titles.

This is a fine example of the very highest quality, elegant swords made for dress and presentation purposes by the famed London firm of John Ray and James Montague from the first years of the 19th century. Ray and Montague took over the business of their eminent predecessor, James Morisset, and maintained the position he had established as one of the leading goldsmiths and jewellers making swords of this type. They also continued to make small-swords, such as this example, in a style which by the 1790s Morisset had established as almost a standard form for such exceptional pieces.