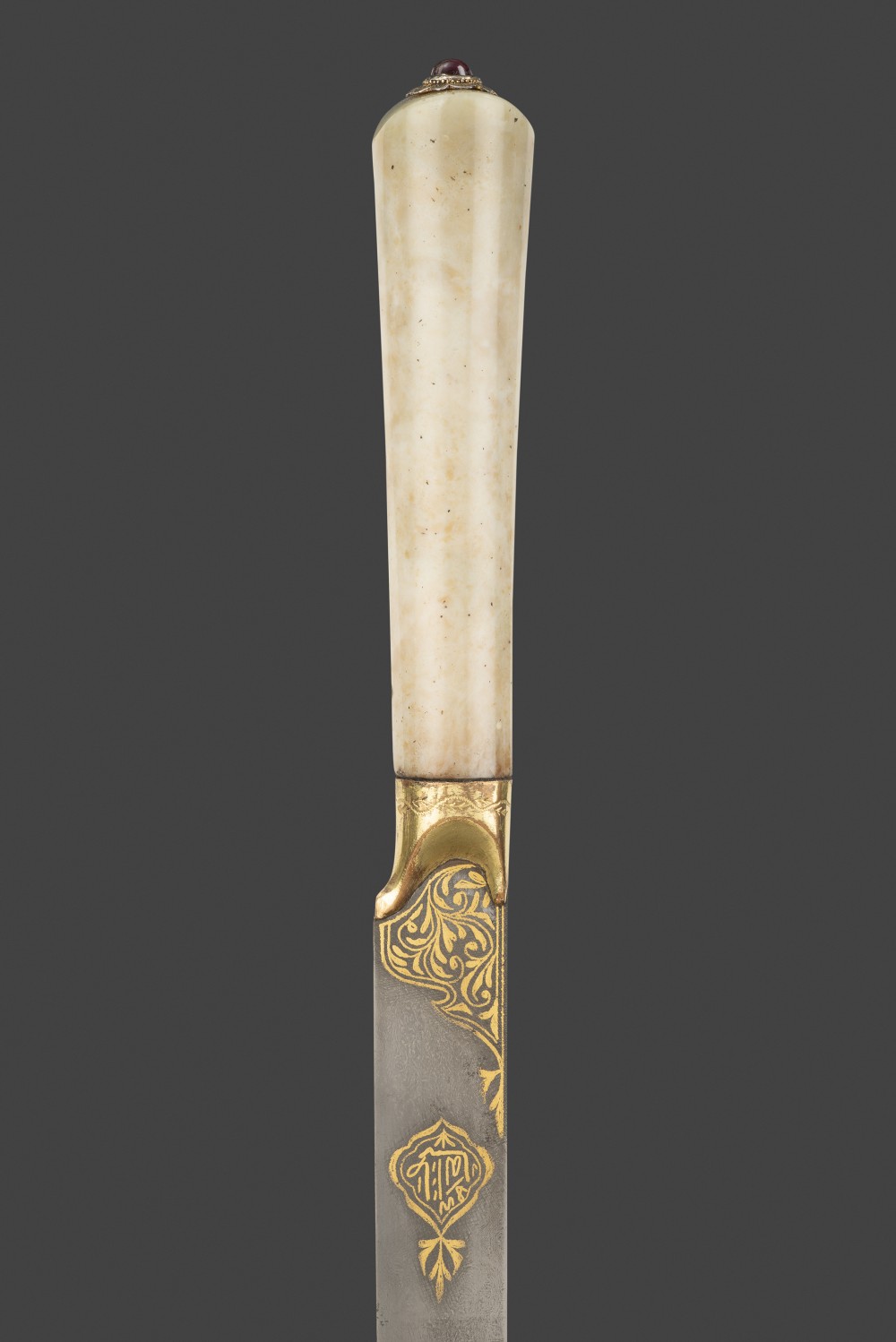 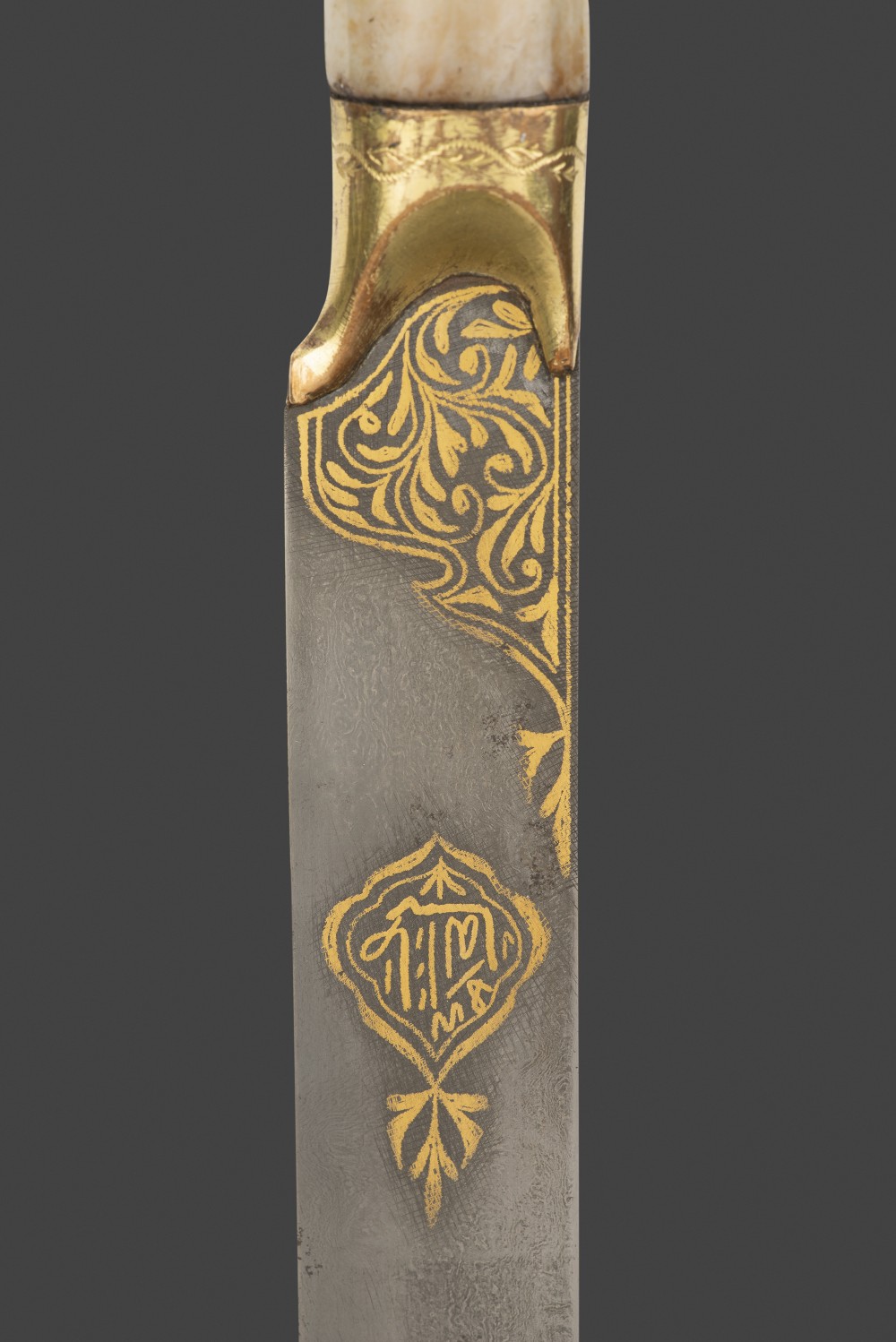 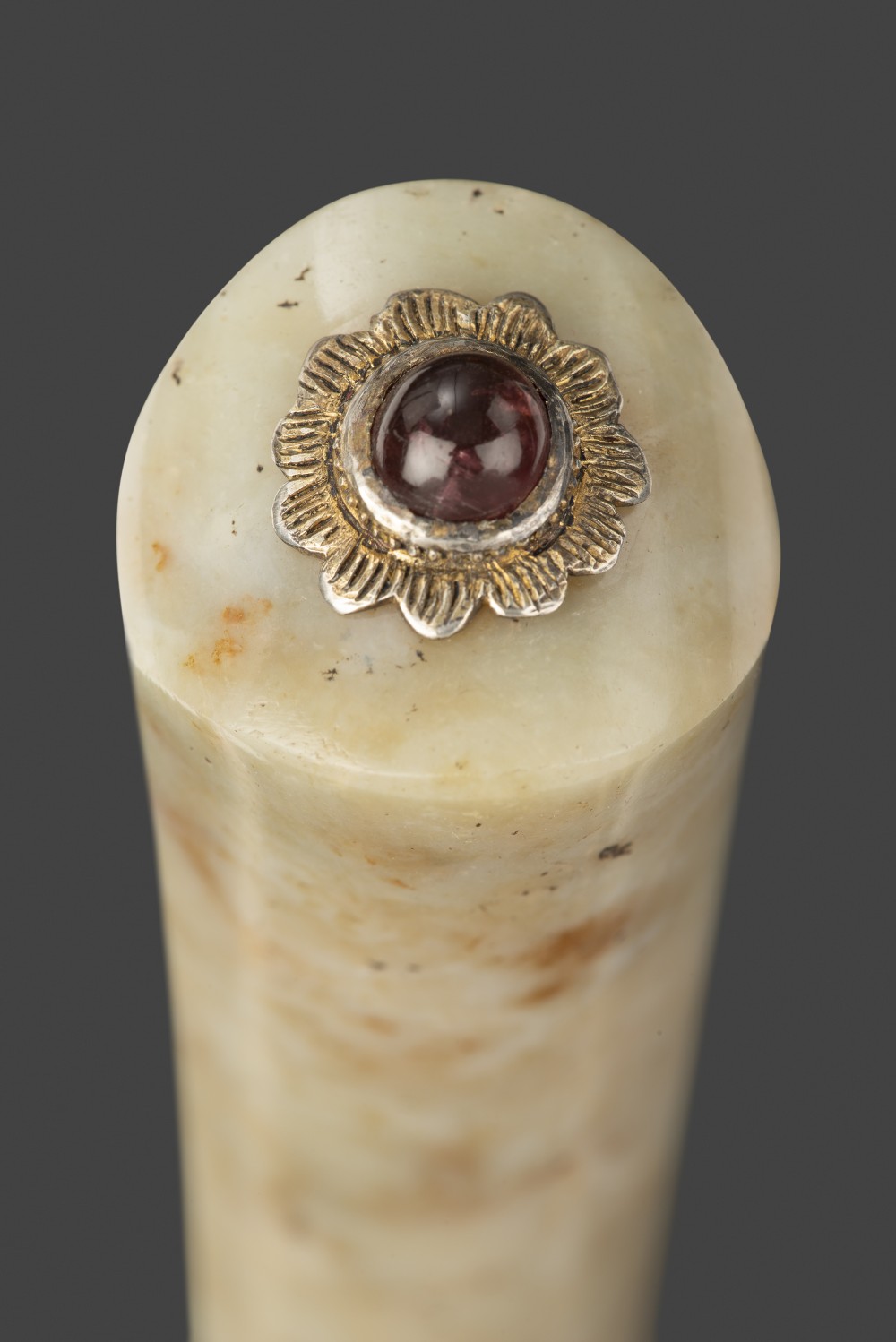 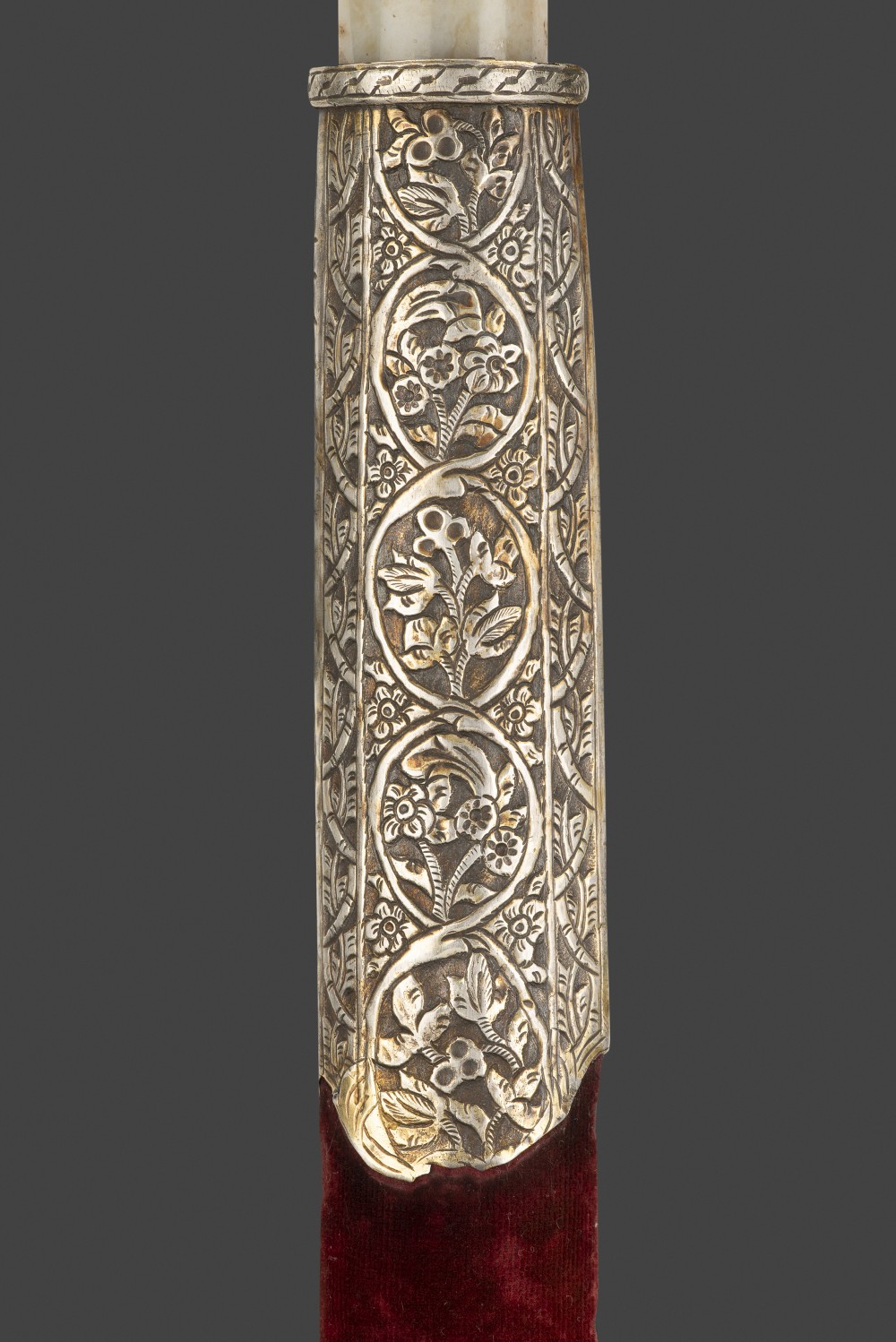 Utility knives of this type were carried widely by members of the Ottoman nobility. Hardstone hilts, of jade or agate were often fitted to them, reminding their owners of the central Asian heritage. Compare two similar knives in the Stefanis Foundation, Athens, nos 320 and 362, the latter dated 1768/9, and another in the Wallace Collection, London (no. OA 1971).

The blade of the present knife is straight and single edged, of watered steel or Wootz, decorated in gold koftgari at the forte with floral scrolls, and in a medallion inscribed mashallah, ‘by the will of God’. A chamfered ferrule of gilt copper, engraved with scrolling foliage, connects the blade to the hilt, which is formed of a single piece of mutton fat nephrite, widening slightly to the pommel. It is set at the pommel with a small ruby in a gold mount. The scabbard is of wood covered with red velvet, with broad chape and locket of silver gilt chased with scrolling foliage.