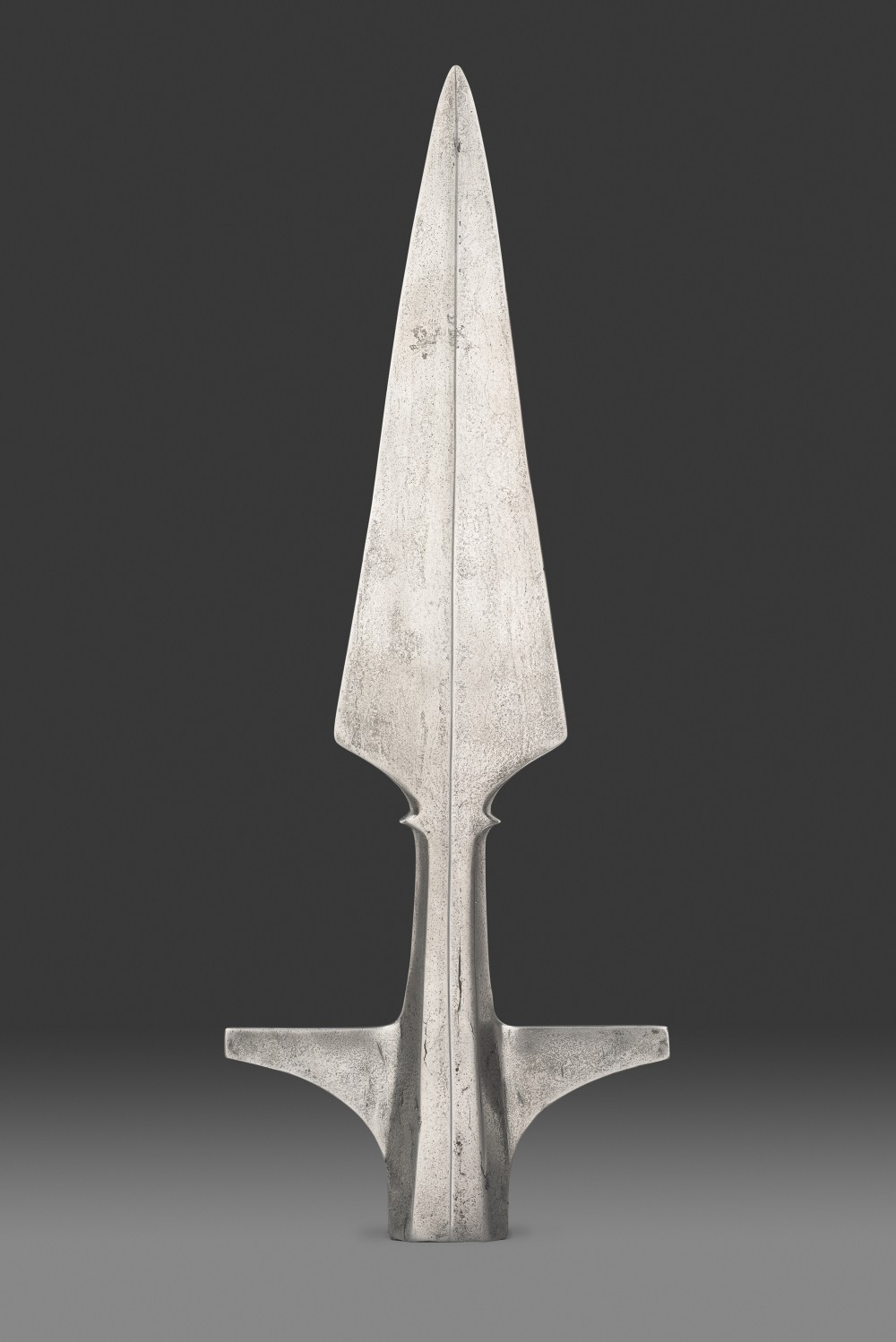 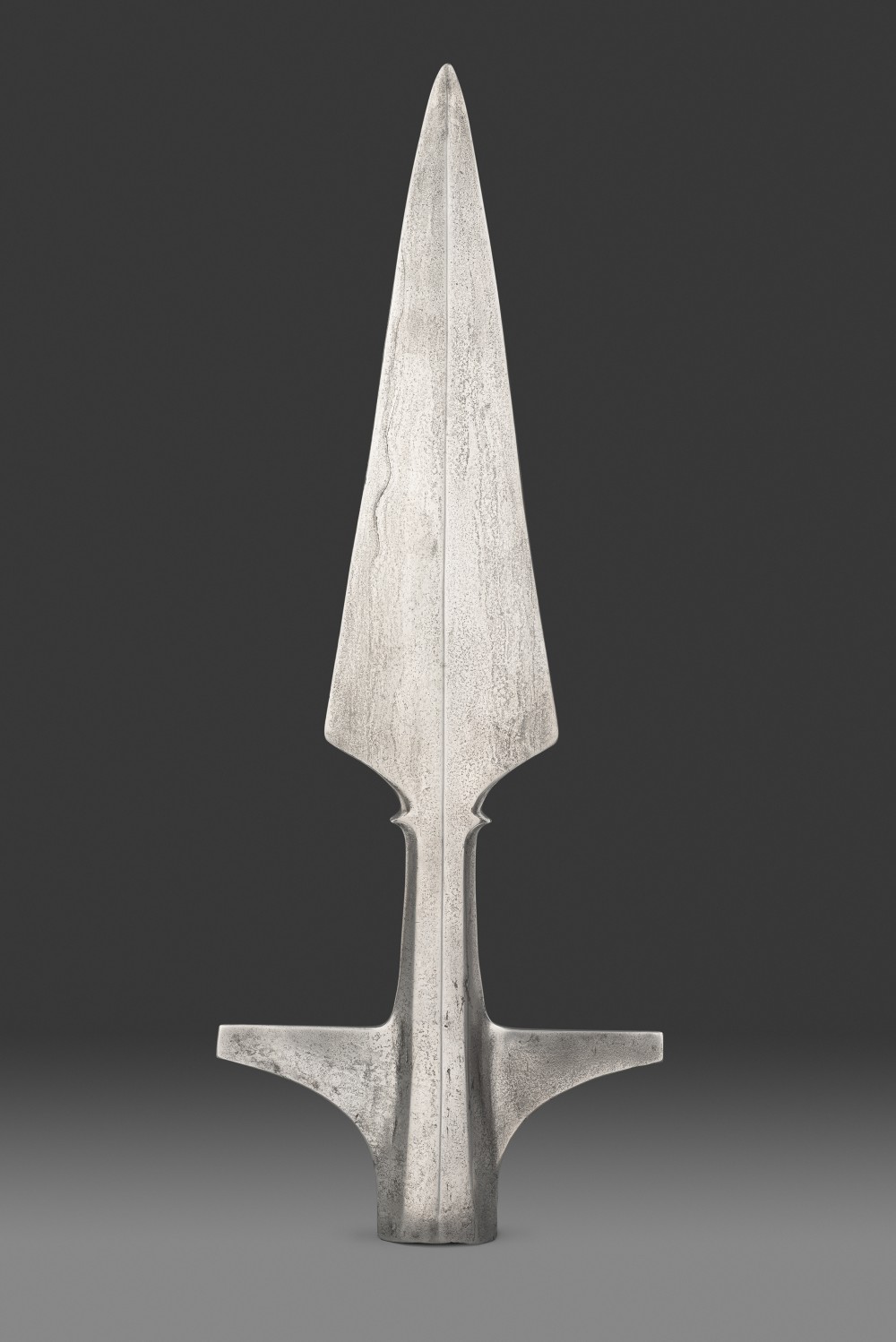 Triangular-bladed spears constructed to include increasingly developed basal lugs or wings emerged in the 14th century. At the extreme point of this development was the type sometimes referred to as the ‘Bohemian ear spoon’, seen here; with its highly accentuated lugs, this was a weapon probably better suited to war than to the hunt. By the end of the century variations of the type  had become the weapon of choice in the pursuit of boar and bear, as is made finely evident in the Devonshire Hunting Tapestries of circa 1425 - 50 in the Victoria and Albert Museum.

The most elegant of the examples which compare particularly closely with the present spear-head is almost certainly one preserved in the Leibrüstkammer of the Kunsthistorishes Museum, Vienna (A32). This spear-head, thought to date to circa 1430, belonged to Frederick IV, Duke of Austria (1382-1439), Habsburg ruler of Vorderösterreich and the Tyrol, and Regent to his nephew Frederick V, later Emperor Frederick III. It is on the basis of this distinguished attribution that the manufacturing date of the present spear-head can be determined.