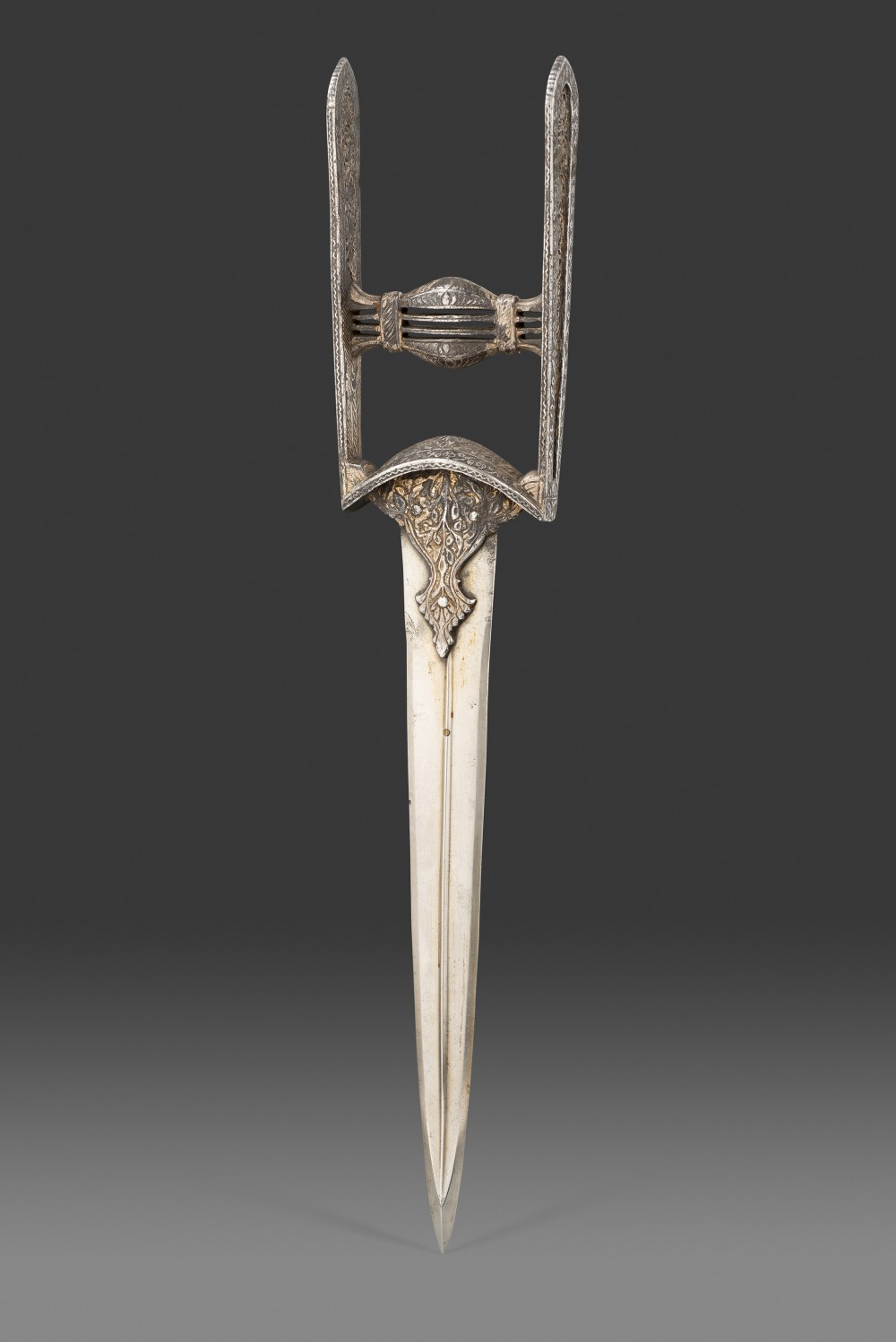 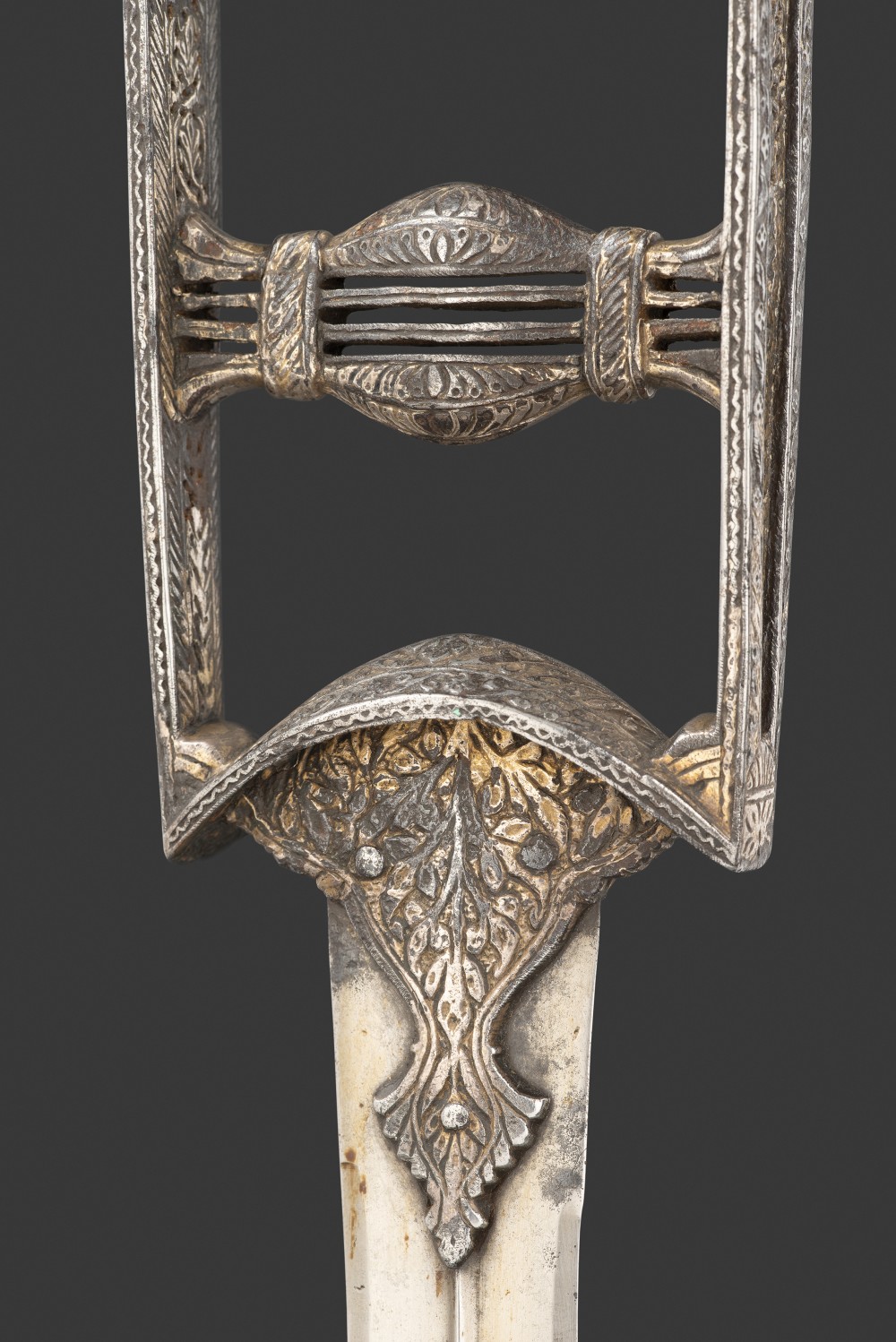 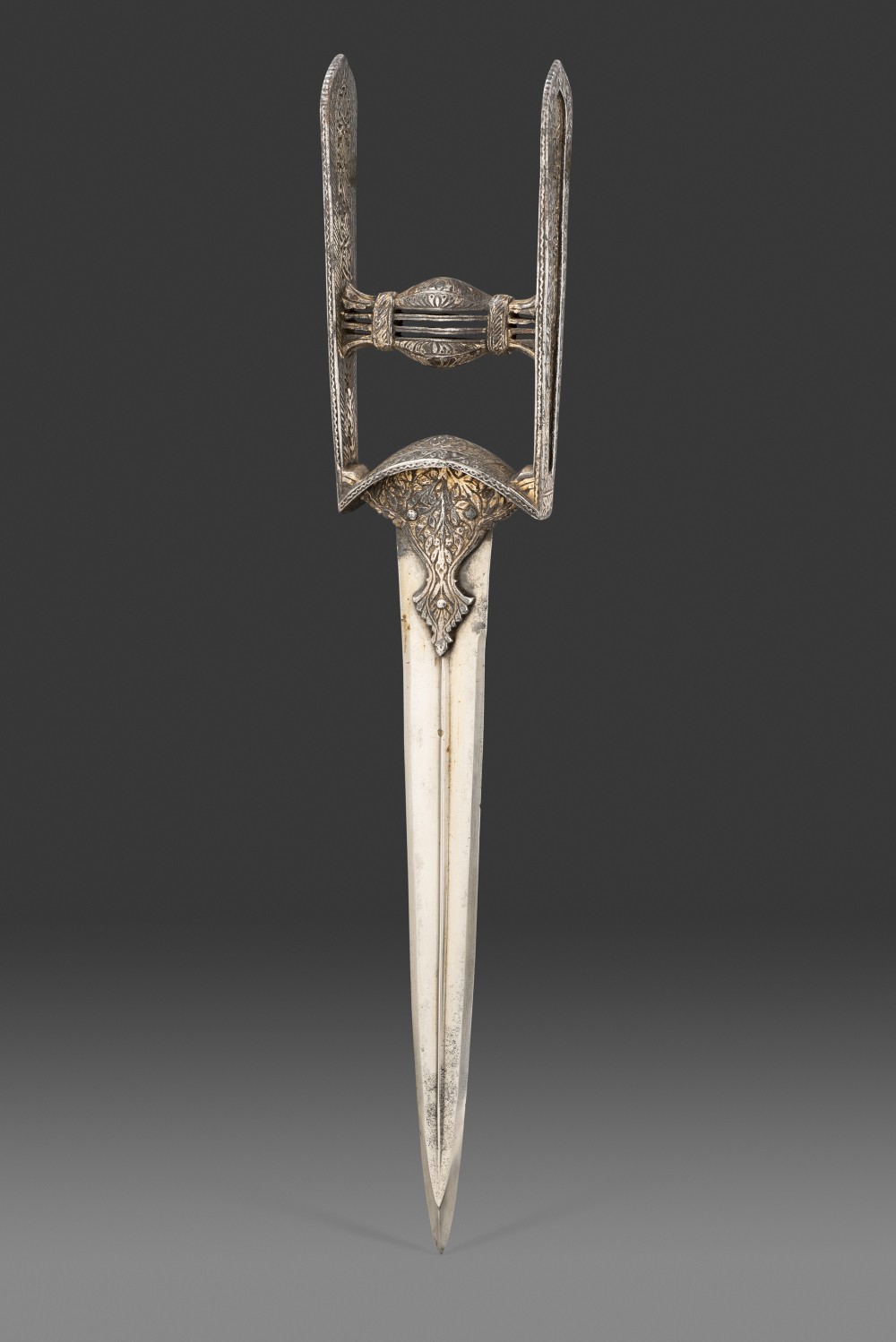 The group of katars originally from the Thanjavur arsenal are partly preserved in the National Museum, Chennai, partly dispersed among museums and among private collections abroad. One major group was in the Oldman collection in London, now largely in the Metropolitan Museum of Art, New York, and in an archive photograph from the Oldman collection is illustrated a katar with a near identical hilt to ours (Elgood, 2004, 145, no. 29), and similar weapons in the Government Museum, Chennai, include nos 2112 and 2113, while a later version of this hilt type can be seen in the Metropolitan Museum (no. 35.25.696). The manufacture of these weapons flourished under the patronage of the Nayak rulers of Thanjavur, who became independent after the fall of Vijayanagar in 1572 and brought a new impetus to the architecture, sculpture and decorative arts of Tamil Nadu. This example is among the finest decorated examples of the group.
The blade is Indian, rather than the more usual cut-down European broadsword, straight and double edged with a reinforced tip and a medial rib. The hilt is H-shaped, with straight sides and a single grip formed of a single globular bolster fretted with horizontal slots and bindings at the narrow point. The sides are fretted with gilded floral scrolls within a raised border chiselled with leaves and flowers in relief. The sides are joined in a dished bar with lobed extensions over the blade, through which it secured by three rivets. These and the bar are chiselled with stylised foliage and gilded.