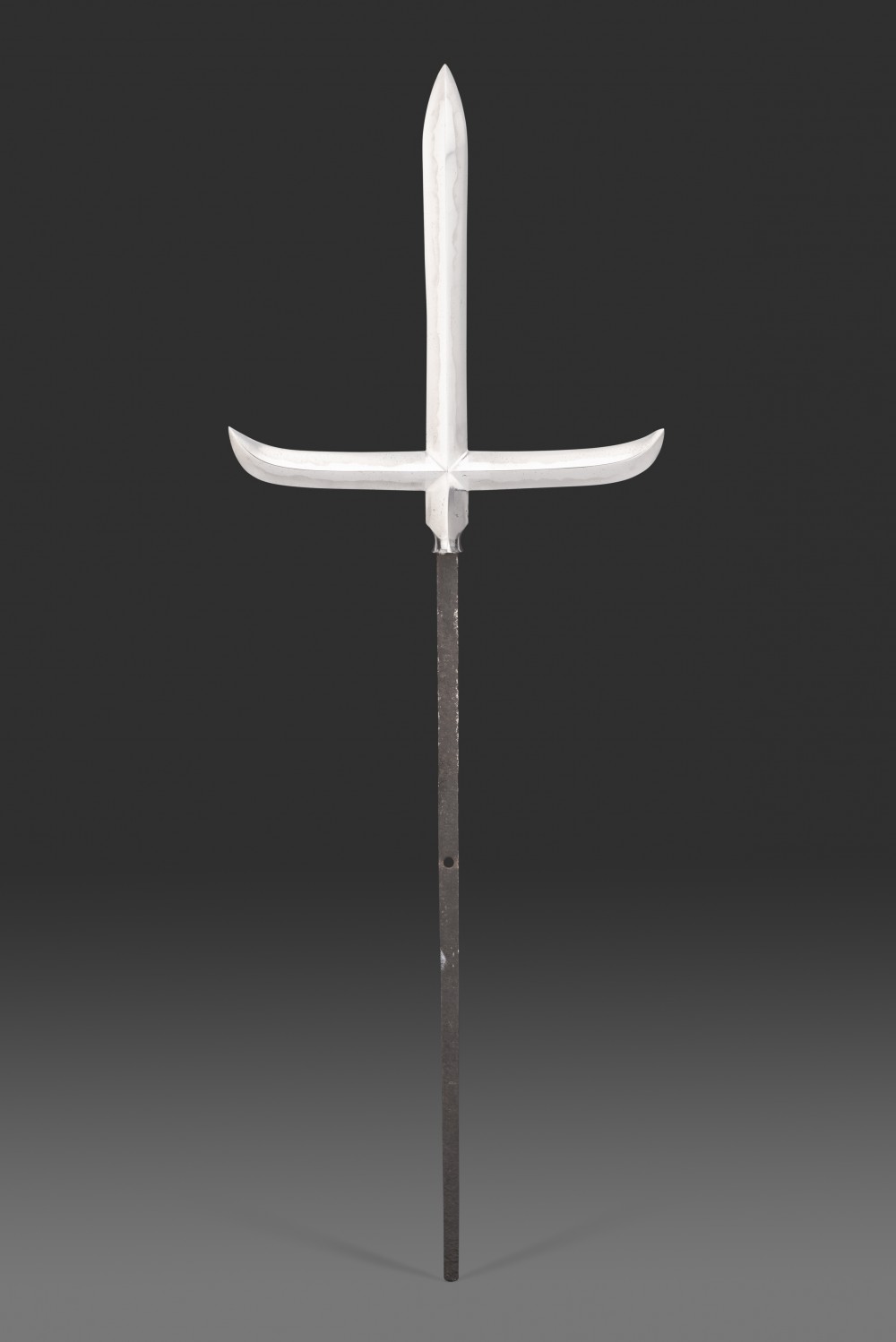 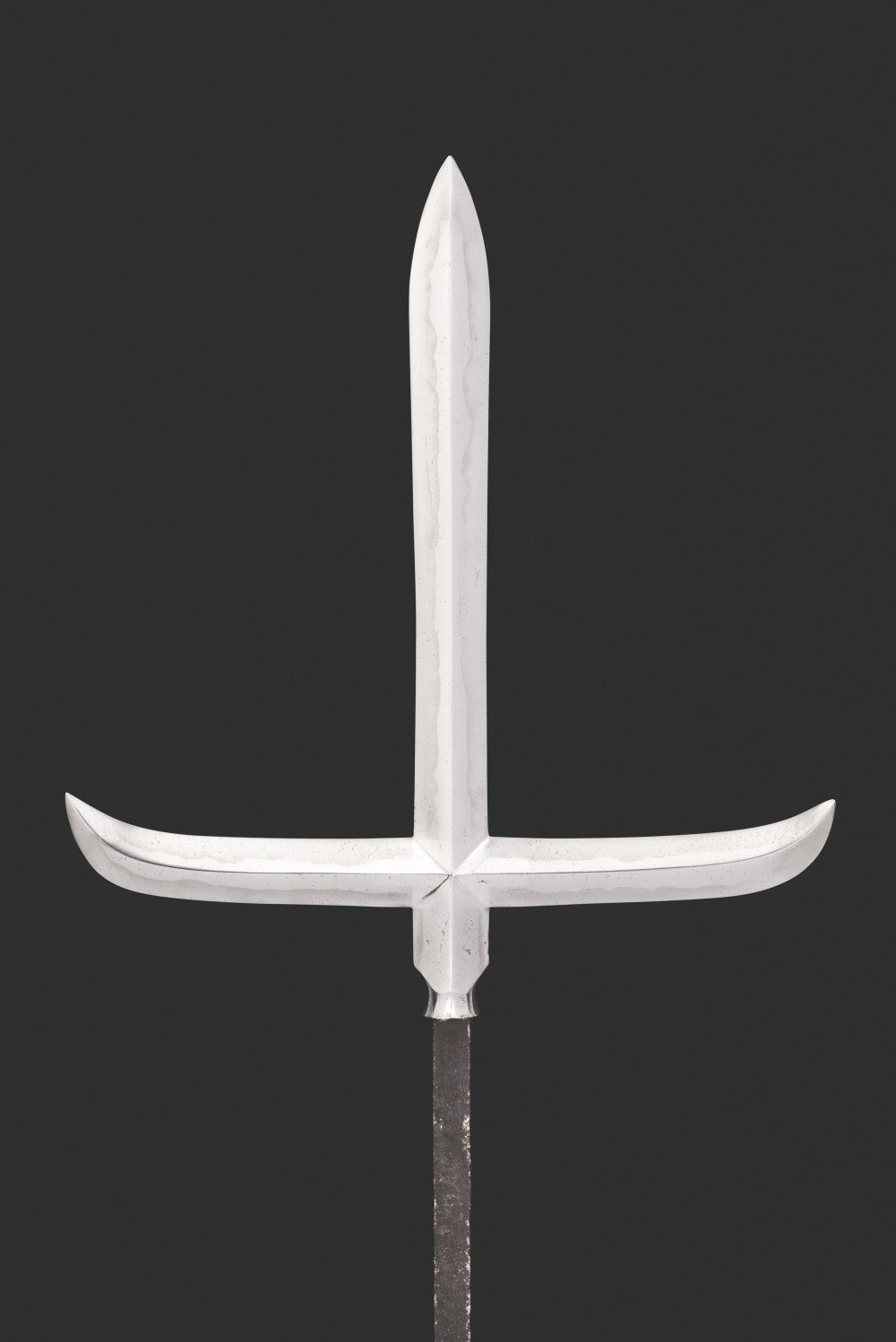 Two generations of Masatsugu were heads of the Kanabō school in Nara, Yamato province, in the Tenbun and Tensho eras (1532–91). The dated works of the brothers range from 1573–92, suggesting that all these belong to the second generation. A third generation is known to have worked in the Keicho era, but few of his works survive. The school descended from the Yamato Tegai school of the lateKamakura, which moved to Nara about 1555. They exclusively worked for the Buddhist military during the Warring States period. Masatsugu served in the Hōzōin temple, a branch ofKofukuji temple in Nara. He well-known as the maker ofjumonji yarifor the master In’ei who established theHōzōin temple's spear fighting schoolfor Buddhist warriors in the later sixteenth century. Kanabō school swords were somewhat inelegant but highly prized in battle for their strength and cutting ability. Anagamakiby the same maker, with its Muromachi period mounting, is associated by repute with the shogun Tokugawa Ieyasu, and thought originally to have been preserved in the collection of his mausoleum, the Nikko Toshogu shrine (Bonham’s 2014, lot 1157), while another with the same signature as ouryariwas exhibited in theSwords of the Samuraiexhibition at the British Museum.