A Kris, or tajong, 19th century 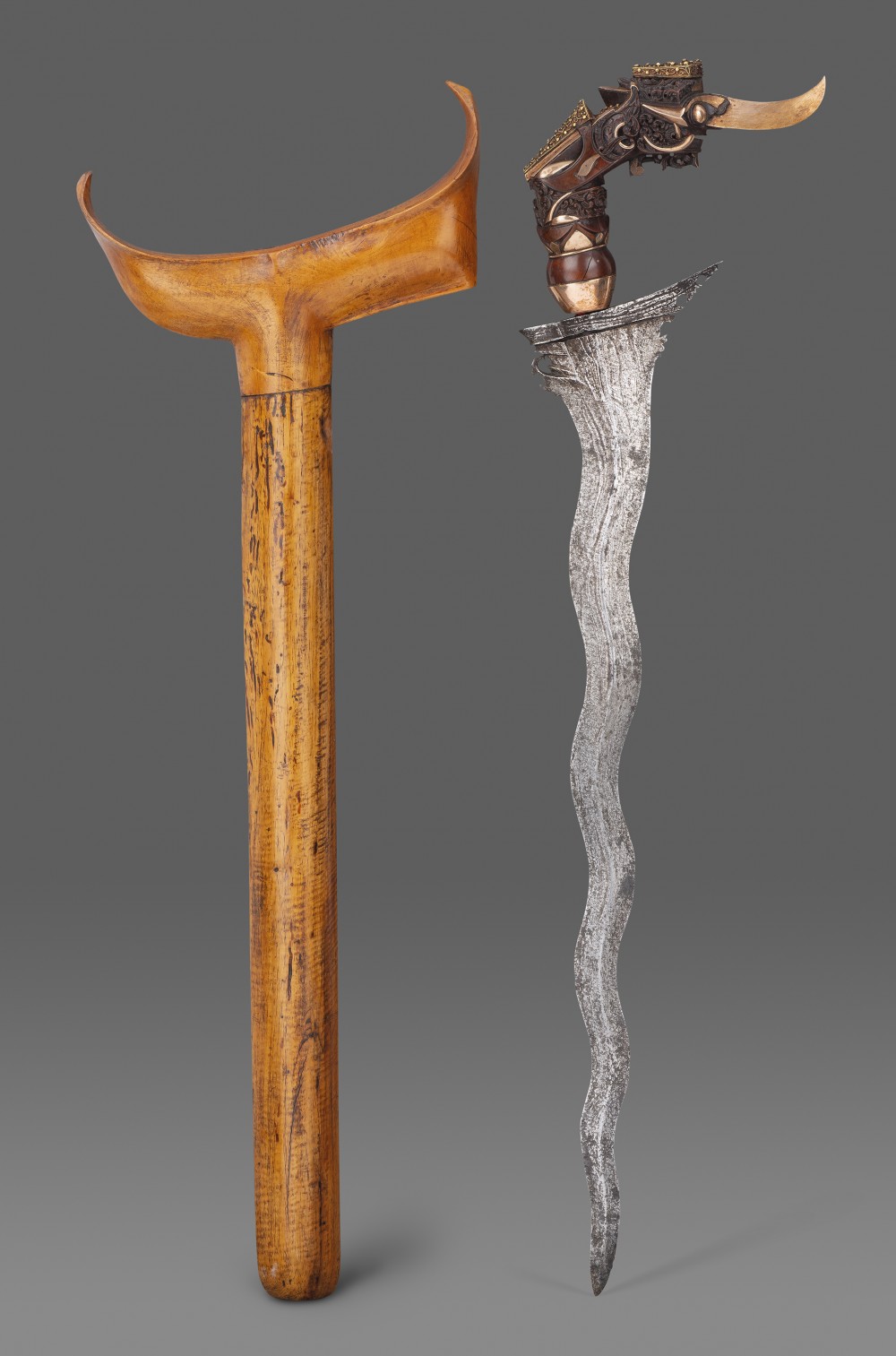 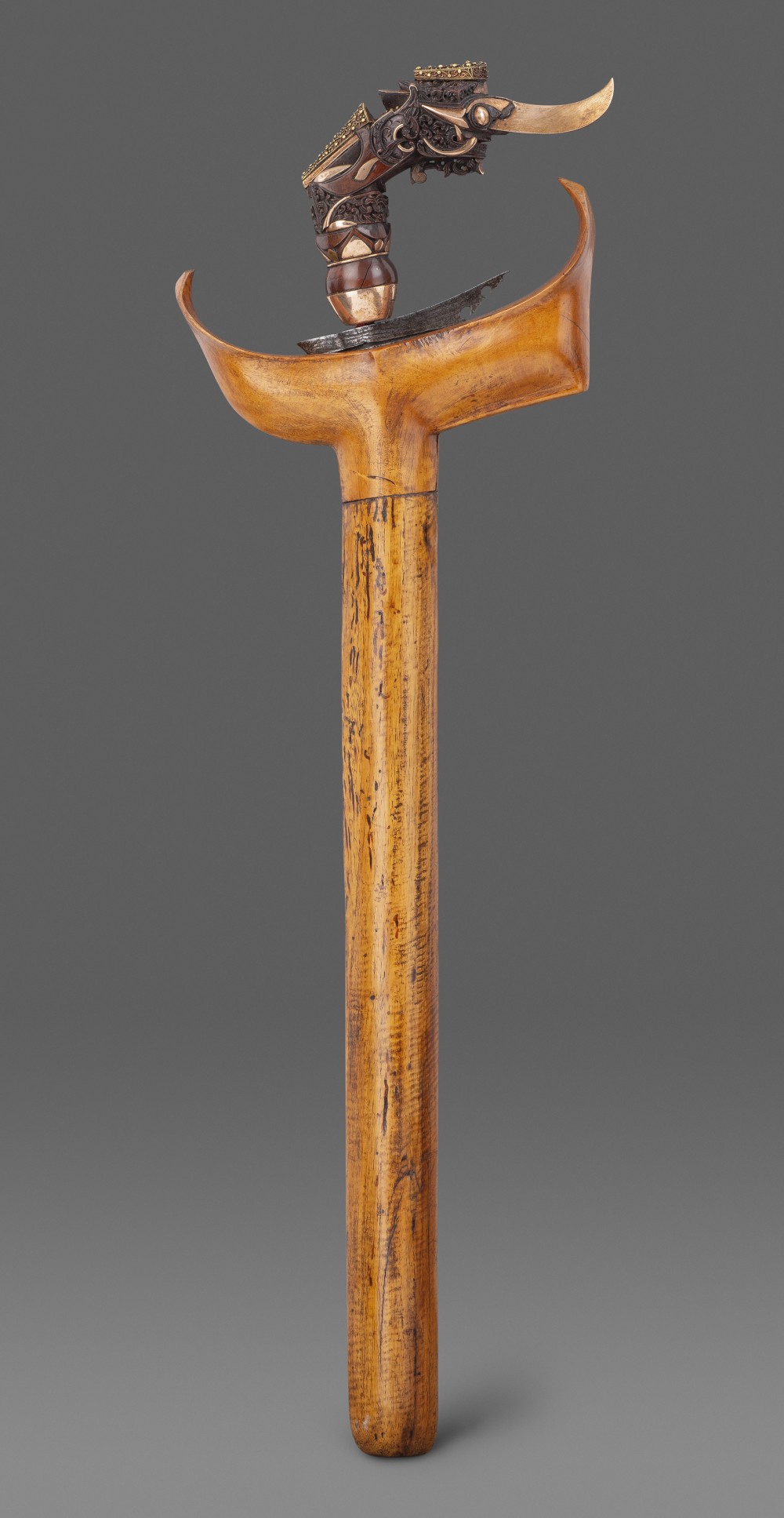 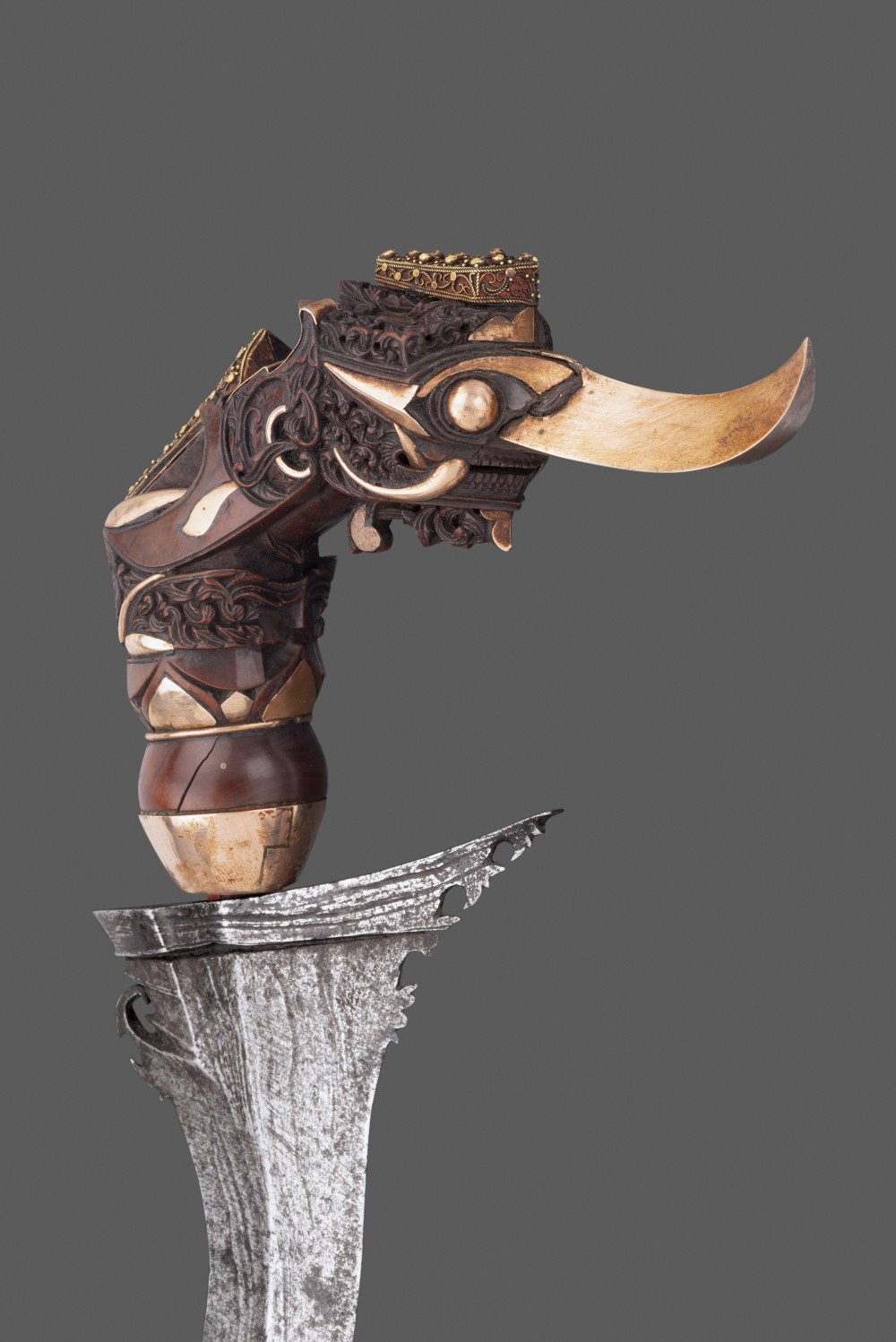 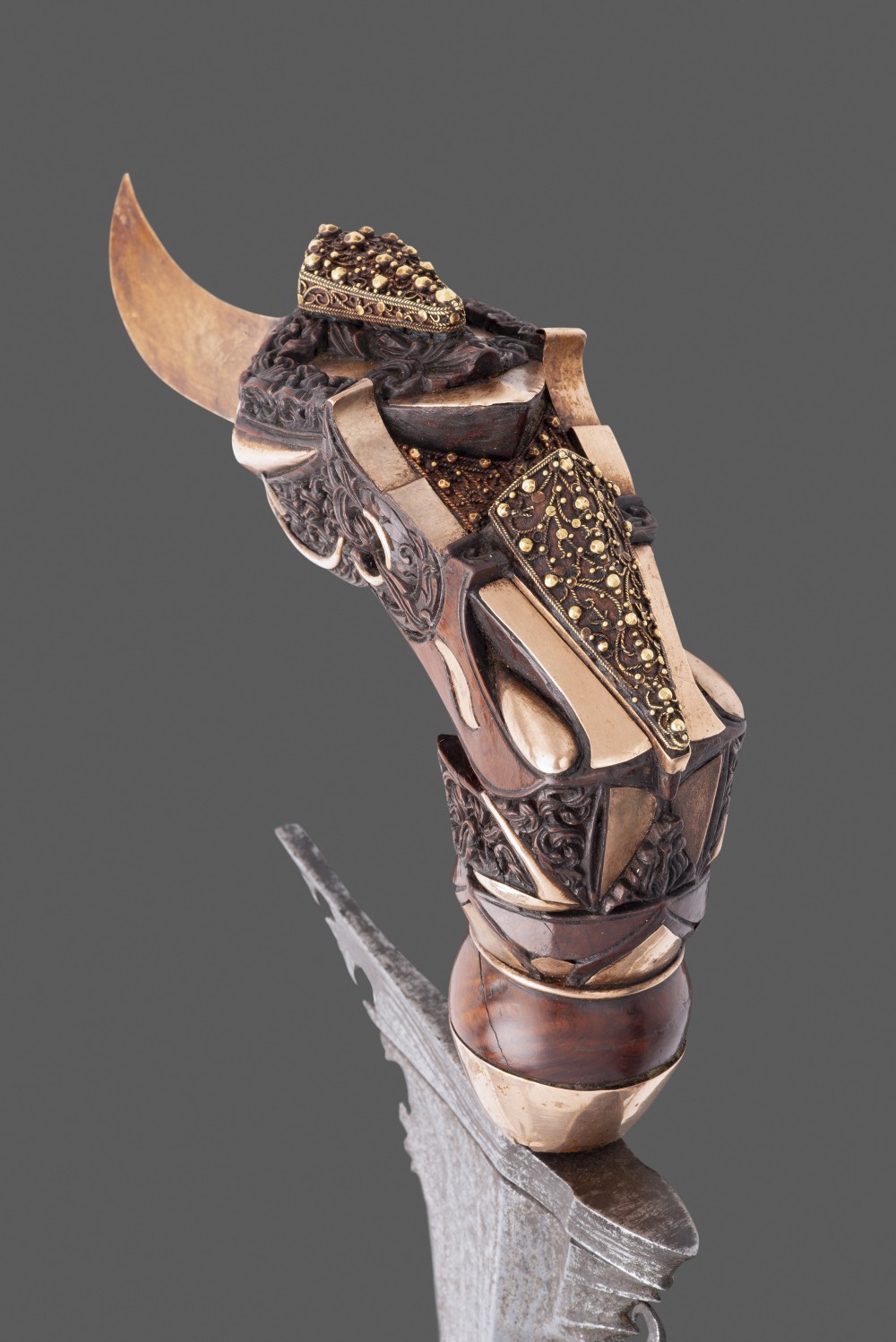 The blade (bilah) has nine lok or waves, the pamor or pattern-welded pattern formed by the composite meteoric iron and steel of the blade running in wavy lines following the shape of the blade. At the top is a ganja, also of pattern-welded iron, with a serrated ri-pandan at the edge,

below which at the back is carved the ‘face’ or gandik with its elephant-trunk like protrusion, the belalai gajah. The hilt (hulu) is of hardwood with suasa (a gold and copper mixture, similar to 9ct gold), carved in the form of a stylised ‘bird head (pekaka)’ with the long beak characteristic of the east coast of the Malay peninsula, the Pattani-Kelantan region, where pre-Islamic worship of the Hindu god Vishnu was prevalent. This form of hilt is thought originally to have represented the squatting figure of Garuda, the vehicle of Vishnu, in the shadow puppet plays (wayang), and to have become increasingly stylised and zoomorphic following the large-scale conversion to Islam. The scabbard (warangka or sarong) is of kemuning honey hardwood, the boat-shaped guard (sampir) having the curled terminals of the warangka ladrang form characteristic of Pattani scabbards. Compare British Museum As1928-124 from Pattani town, of very similar scabbard, a kris formerly in the Robert Hales collection of closely comparable form and date, and the discussion in Noor 2008 about the origin of these kris.