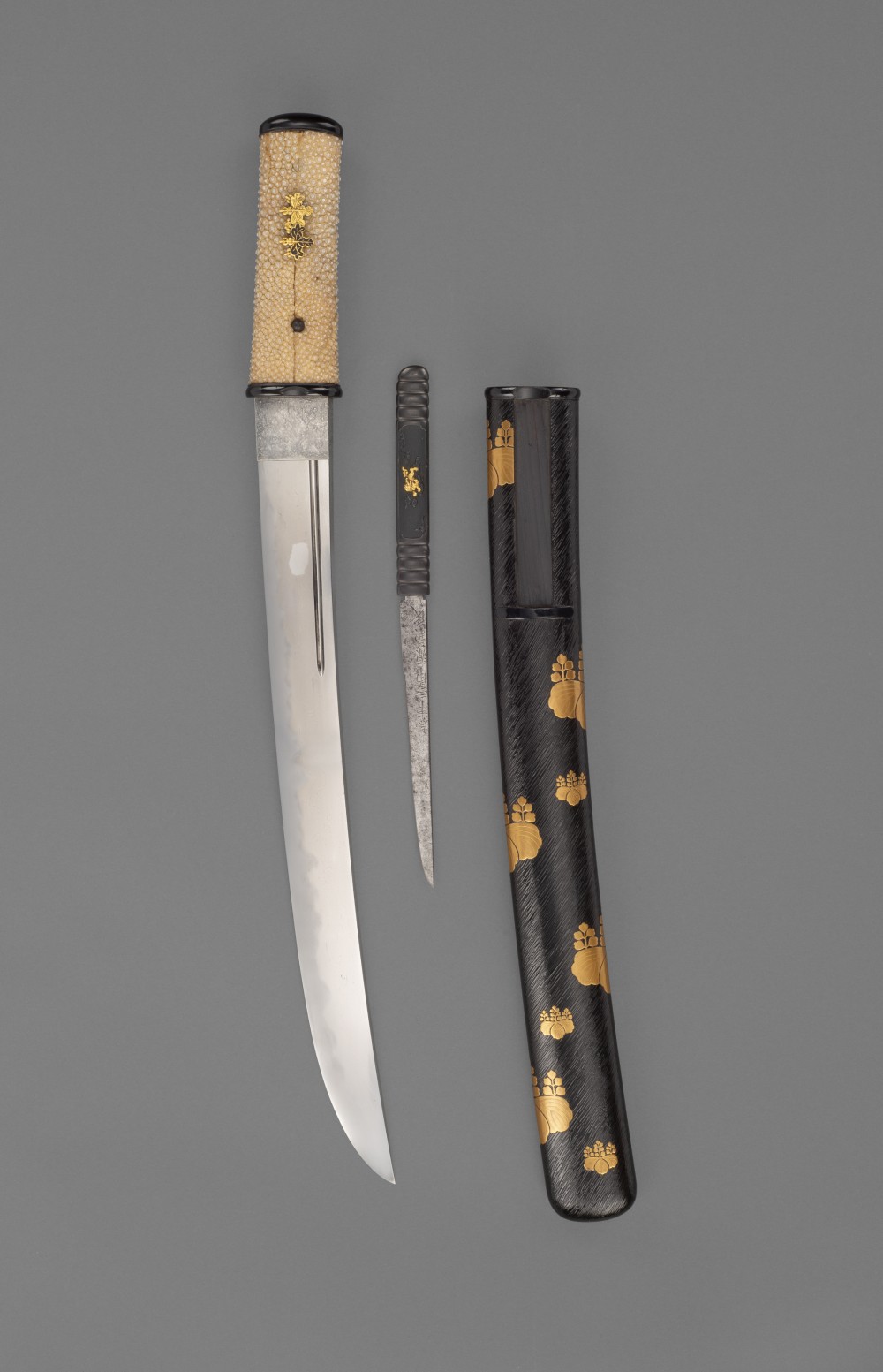 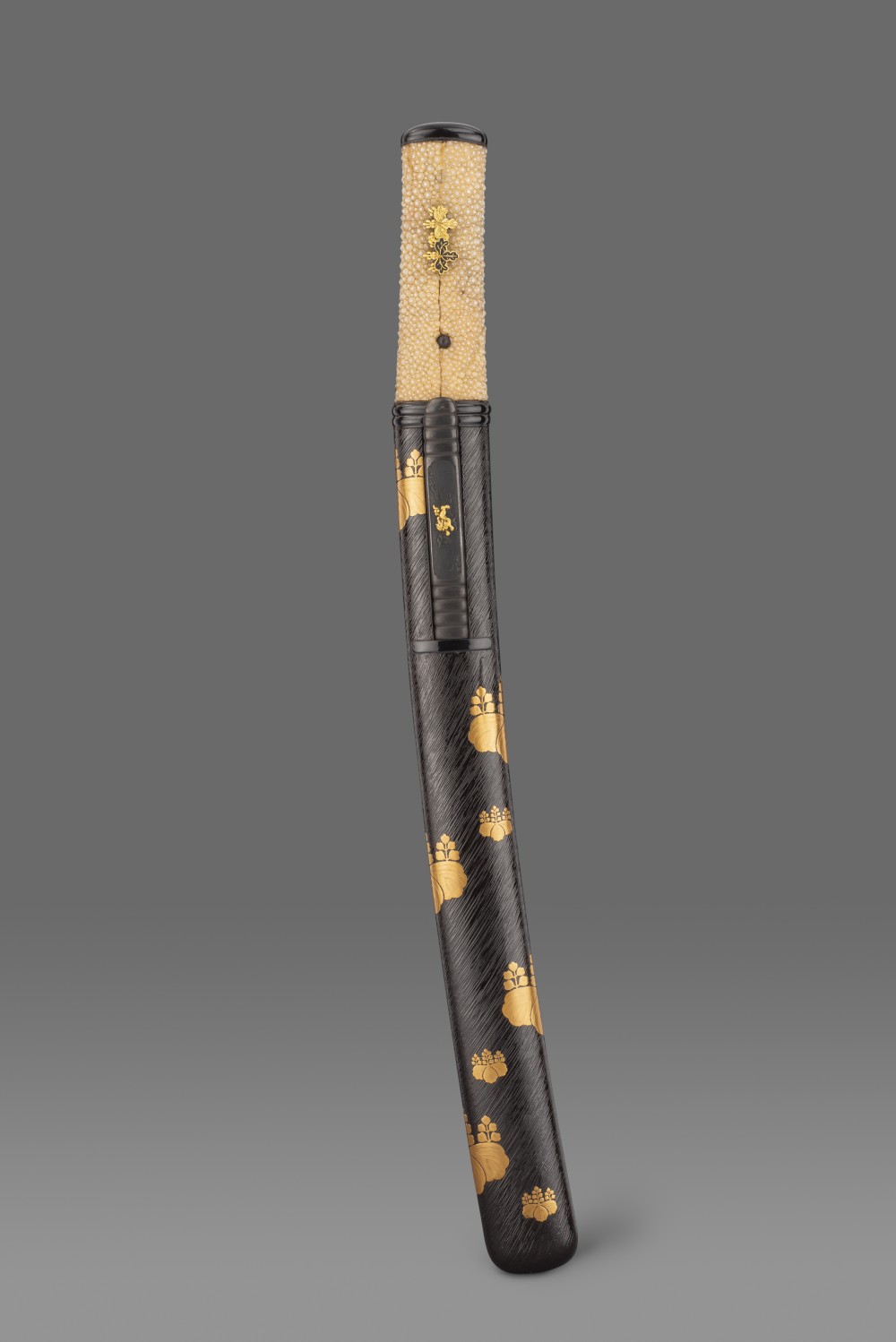 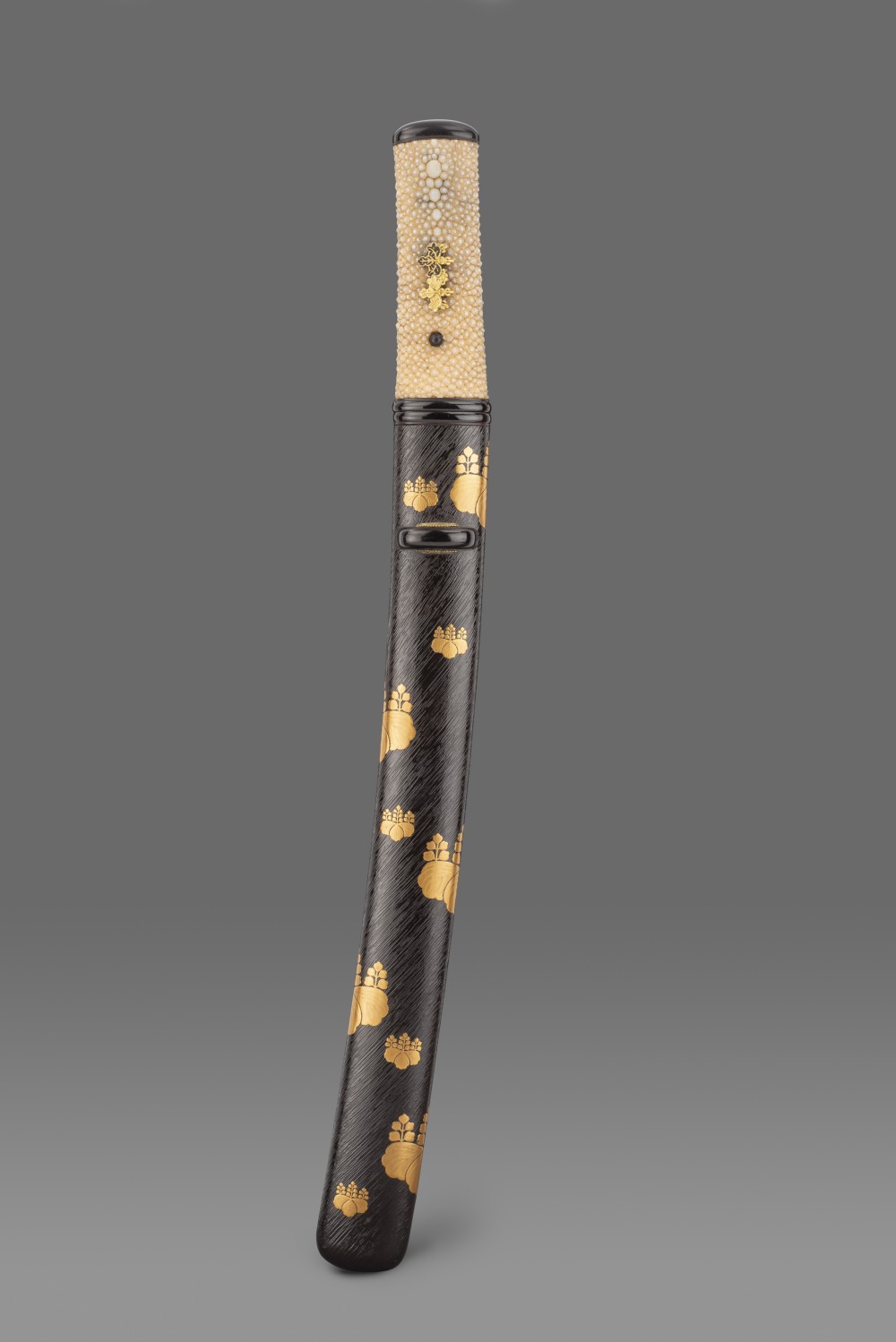 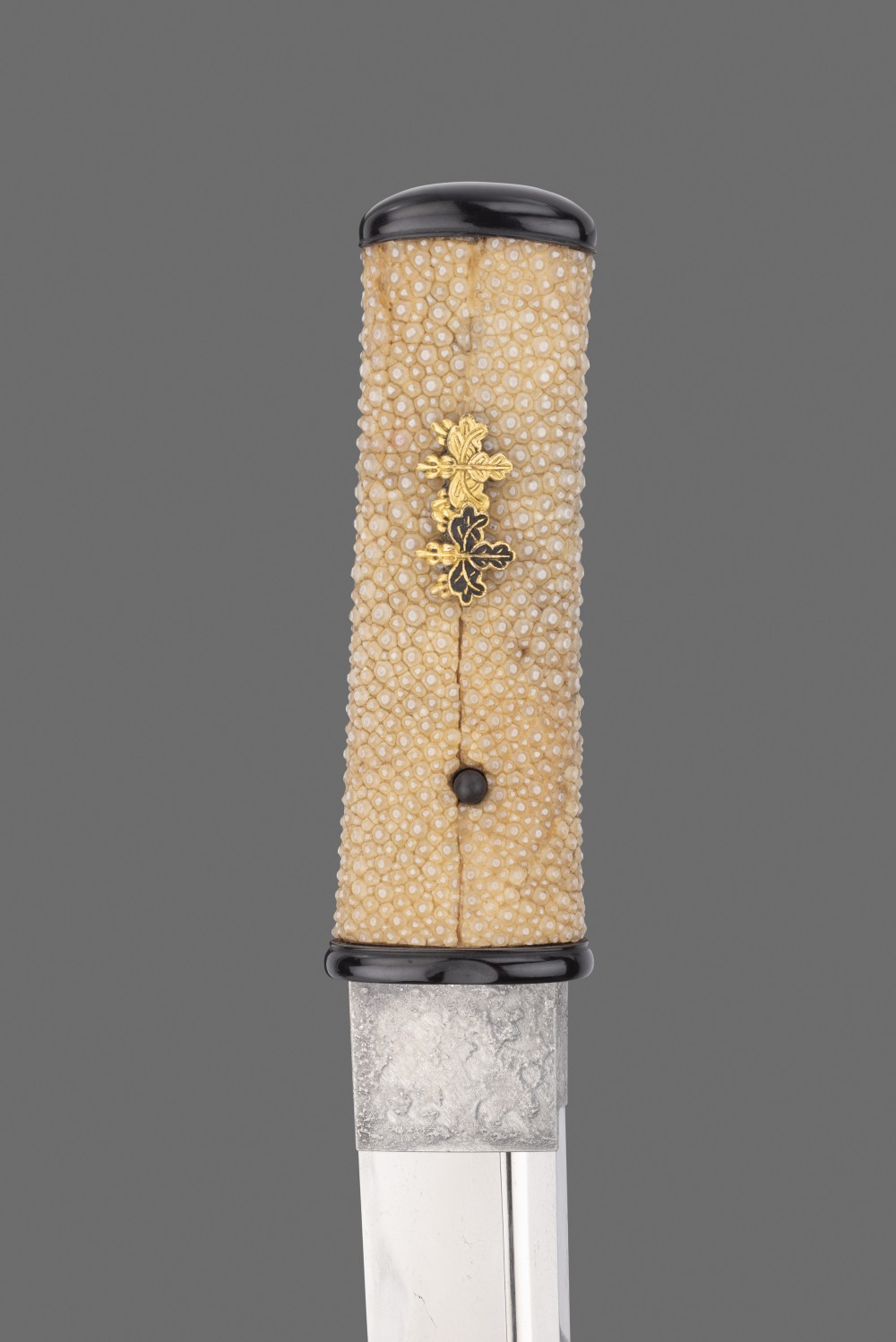 The blade is iori mune, hira zukuri, the grain ko-itame with a band of nioi shadowing the wide gunome-midare hamon. On the omote (side with the signature facing out) of the tang (nakago) are two short parallel grooves known as gomabashi which represent the ritual chopsticks used in Buddhist ceremonies; on the ura (inner facing side) is a single short groove (koshihi) representing the ken, the straight sword carried by the Buddhist deity Fudo Myō-ō. The tang (nakago) has the two-character signature Kaneie 兼家, though the second character is much worn and barely readable. This is possibly the smith of that name working in the late sixteenth century in the style of the Seki School. The blade is fitted with a textured silver alloy collar (habaki).

The mounting is in aikuchi 合口 (guardless) style. The hilt (tsuka) is covered in ray skin (same) with plain horn collar and pommel (fuchi kashira) with applied menuki on both sides in the form of a double paulownia flower (kiri) in gold and shakudō.

The scabbard (saya) is covered in black lacquer textured with diagonal striations and covered with paulownia flowers in gold. This emblem was used by the Toyotomi family, but by the Meiji period it had become the badge of the Japanese government.

In a pocket is a bye-knife (kogatana) of shibuichi, the late seventeenth century steel blade signed Shizu Saburō Minamoto Kaneuji,  志津三郎源兼, personal name Toyama Jinjūro, who worked in Ōgaki in Mino province (Sesko 2012, 181); the kozuka handle is of patinated copper with a gold lion-dog (shishi) riding a cloud on a fish roe (nanako) panel of shakudō.