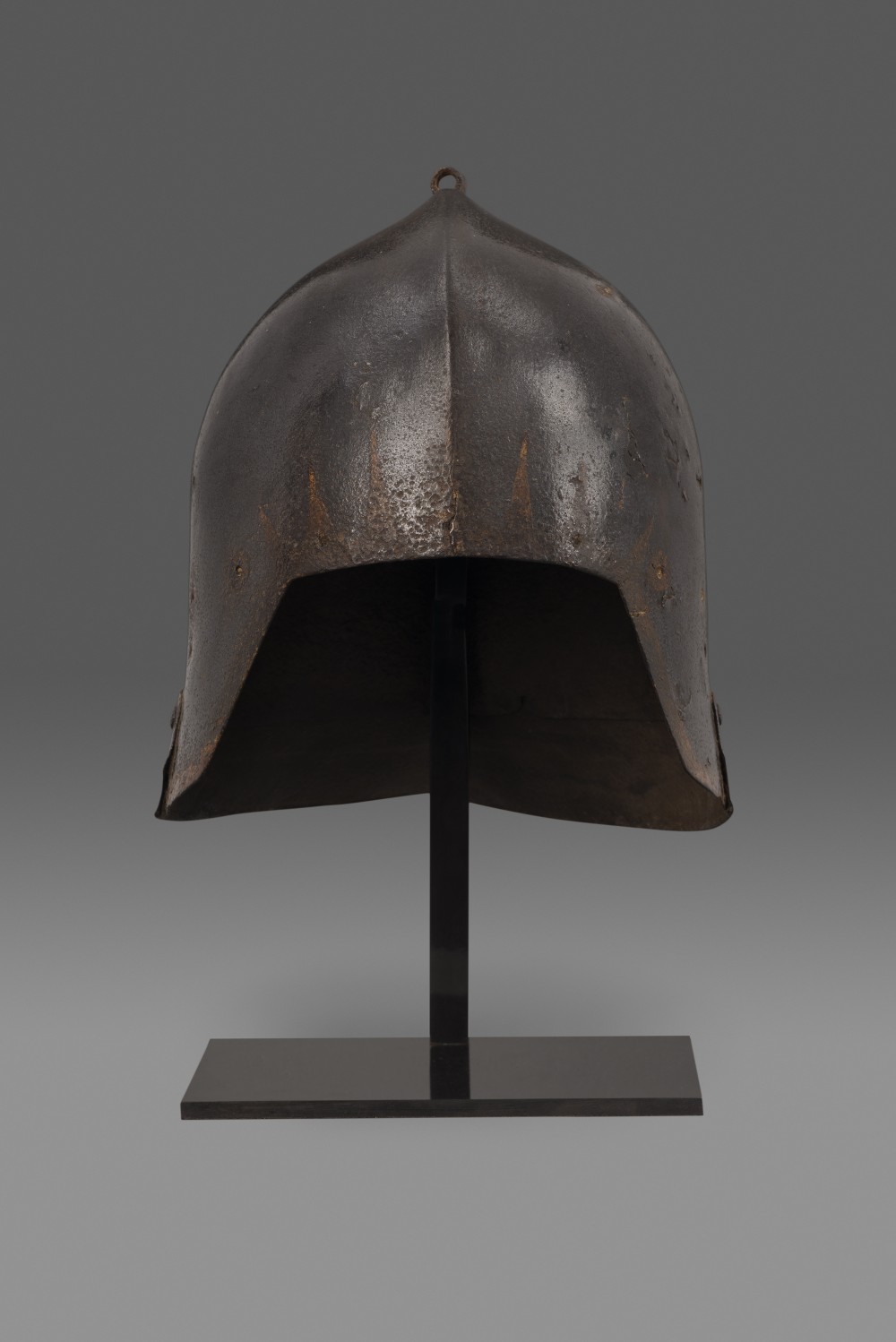 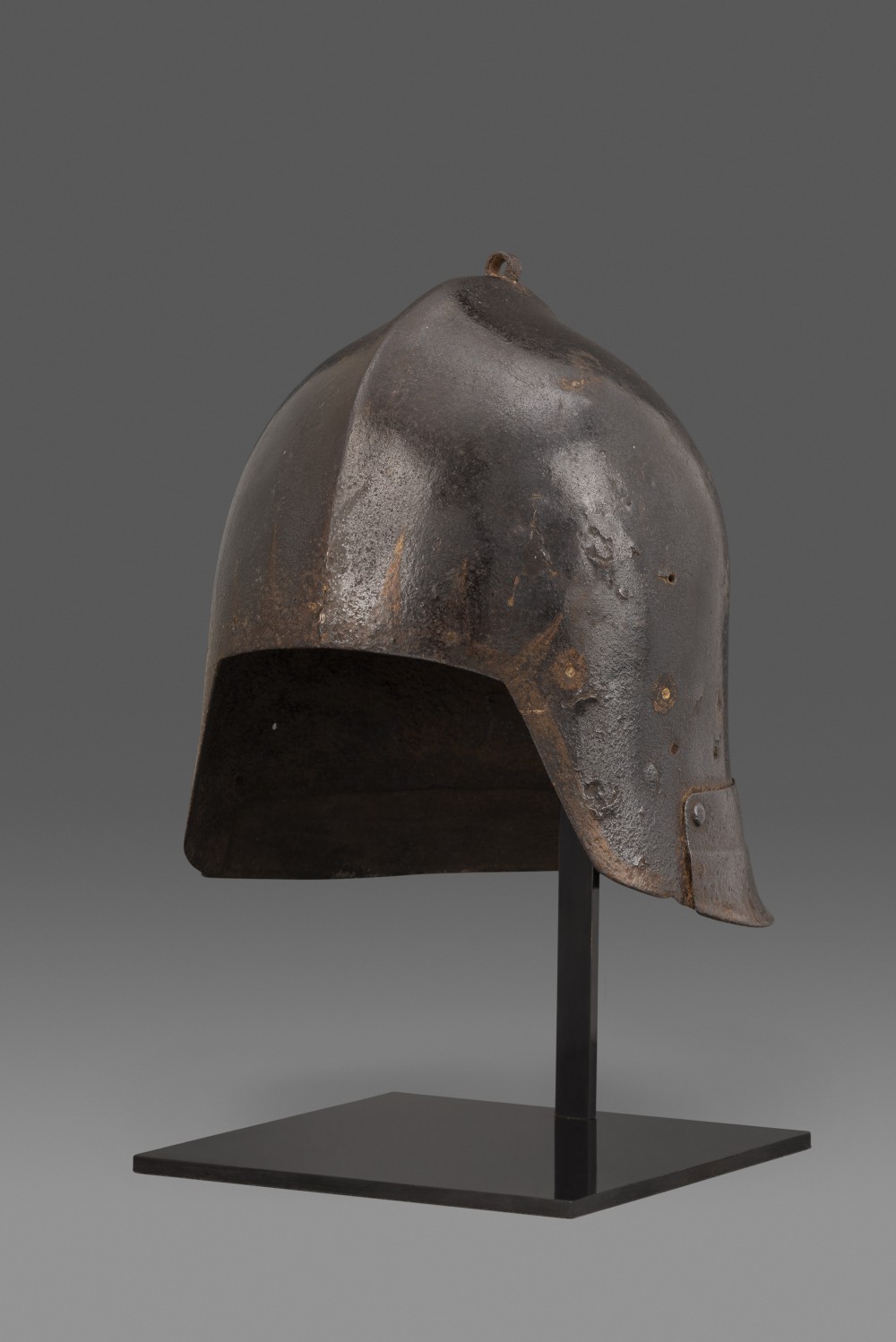 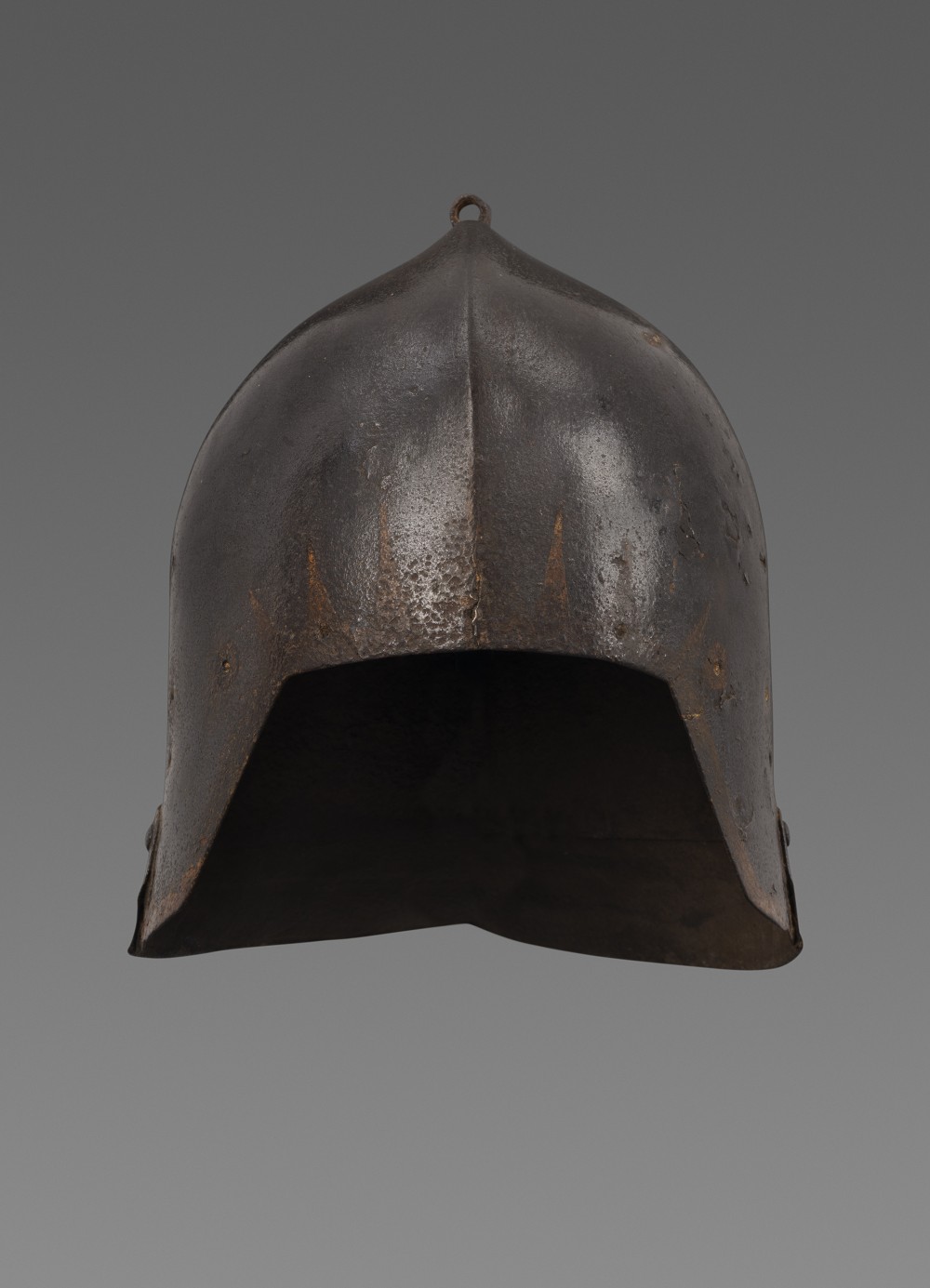 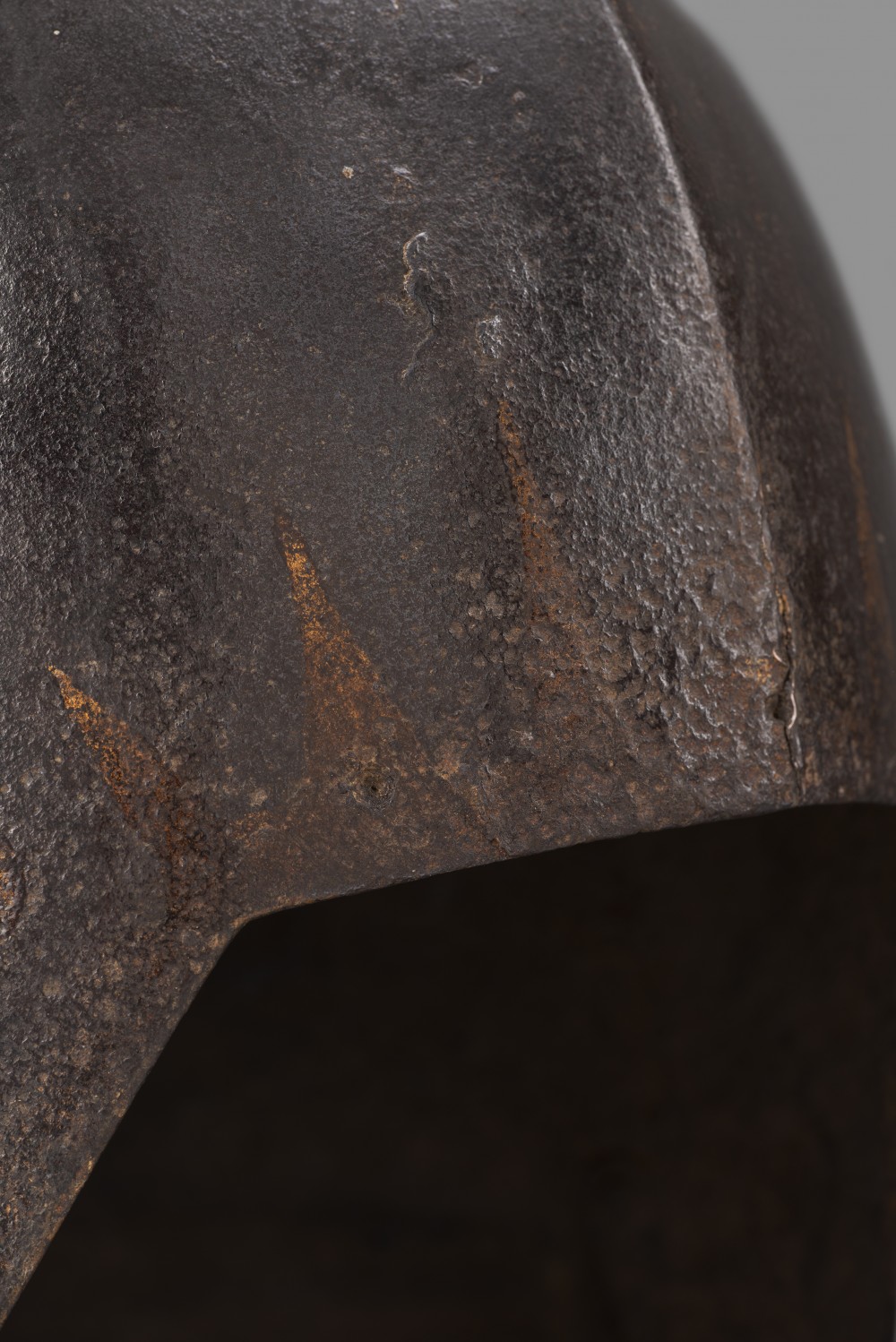 From the 1430s onwards, the sallet, readily distinguishable from other kinds of medieval helmet by its possession of a “tail” projectingrearwards from the wearer’s nape, became the favourite class of head-defence employed in north-west Europe, and remained popular therefor field use into the early sixteenth century. Though a version with a pointed skull, called by some the “Burgundian” type, was widely usein England, many sallets worn in the latter country were imported from the internationally renowned armourers of north Italy who madethem almost exclusively for export to German and other foreign buyers. Examples of helmets and plate armour used in England during the late Middle Ages largely owe their survival in its churches to the practice of suspending the chivalric accoutrements of a person ofknightly rank above his tomb in the form of an heraldic funerary “achievement”. Preserved among such “achievements” are a rare groupof sallets, of which the present example is one.