A Left-Hand Dagger of the Trabantenleibgarde of the Prince Electors of Saxony, c. 1590 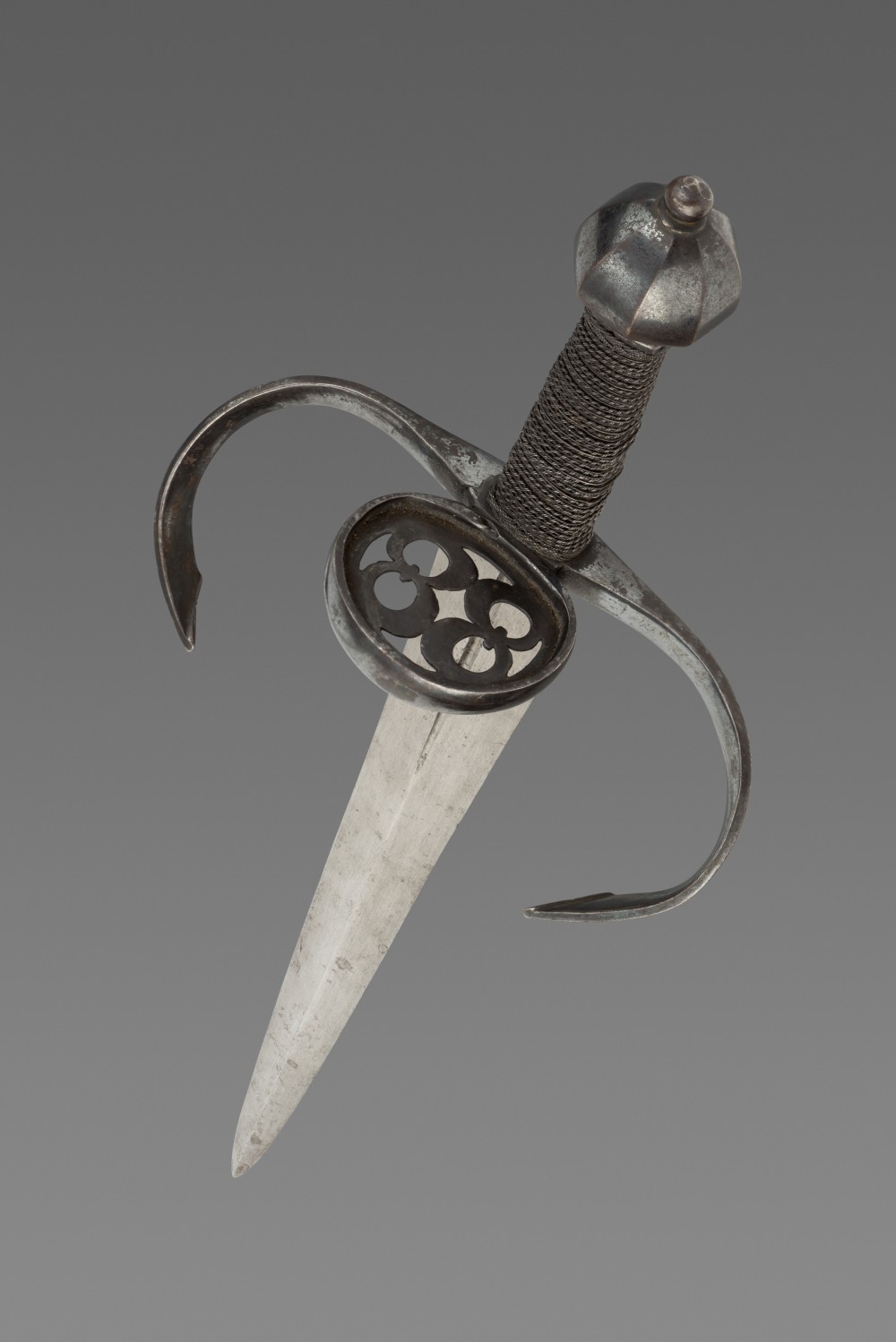 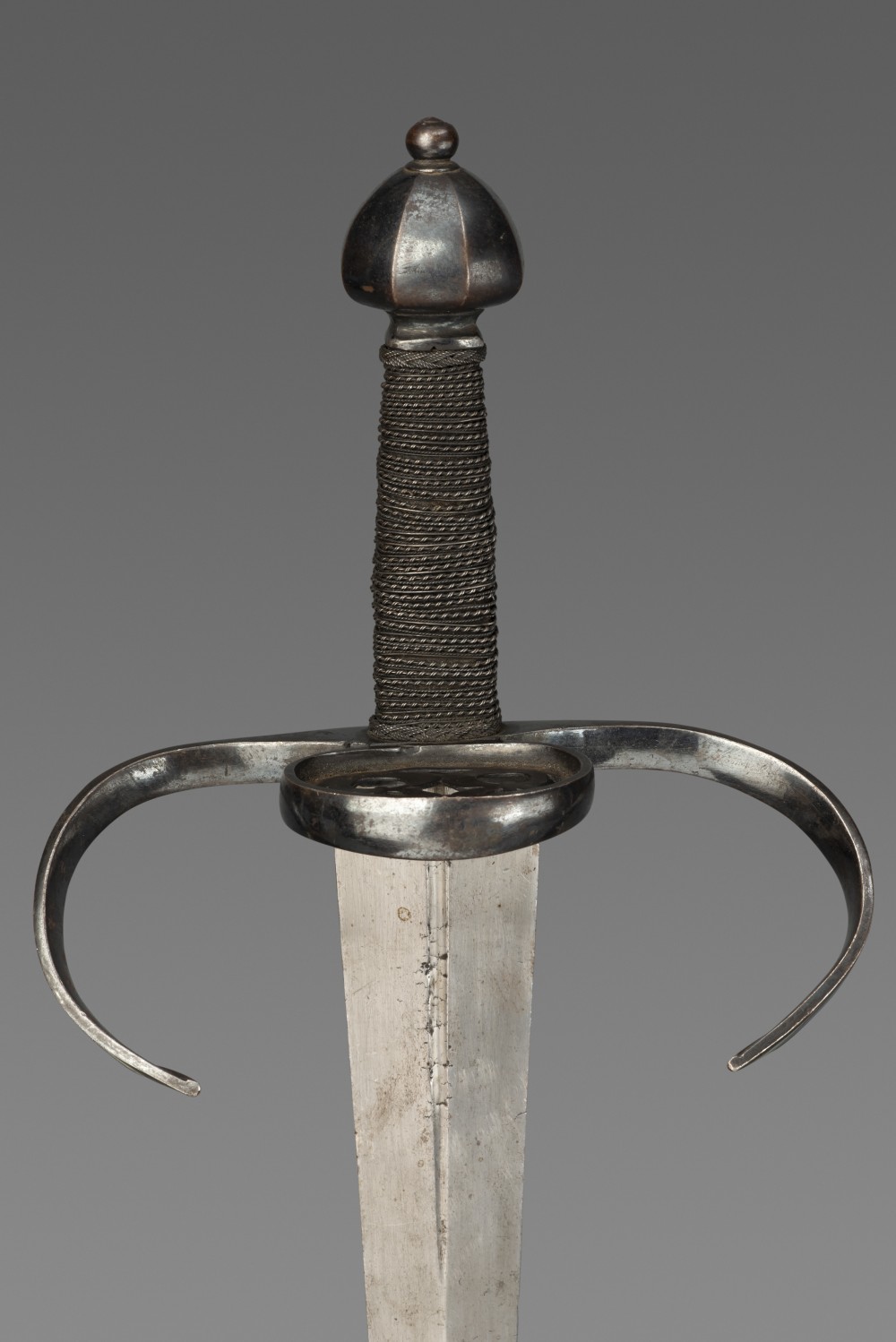 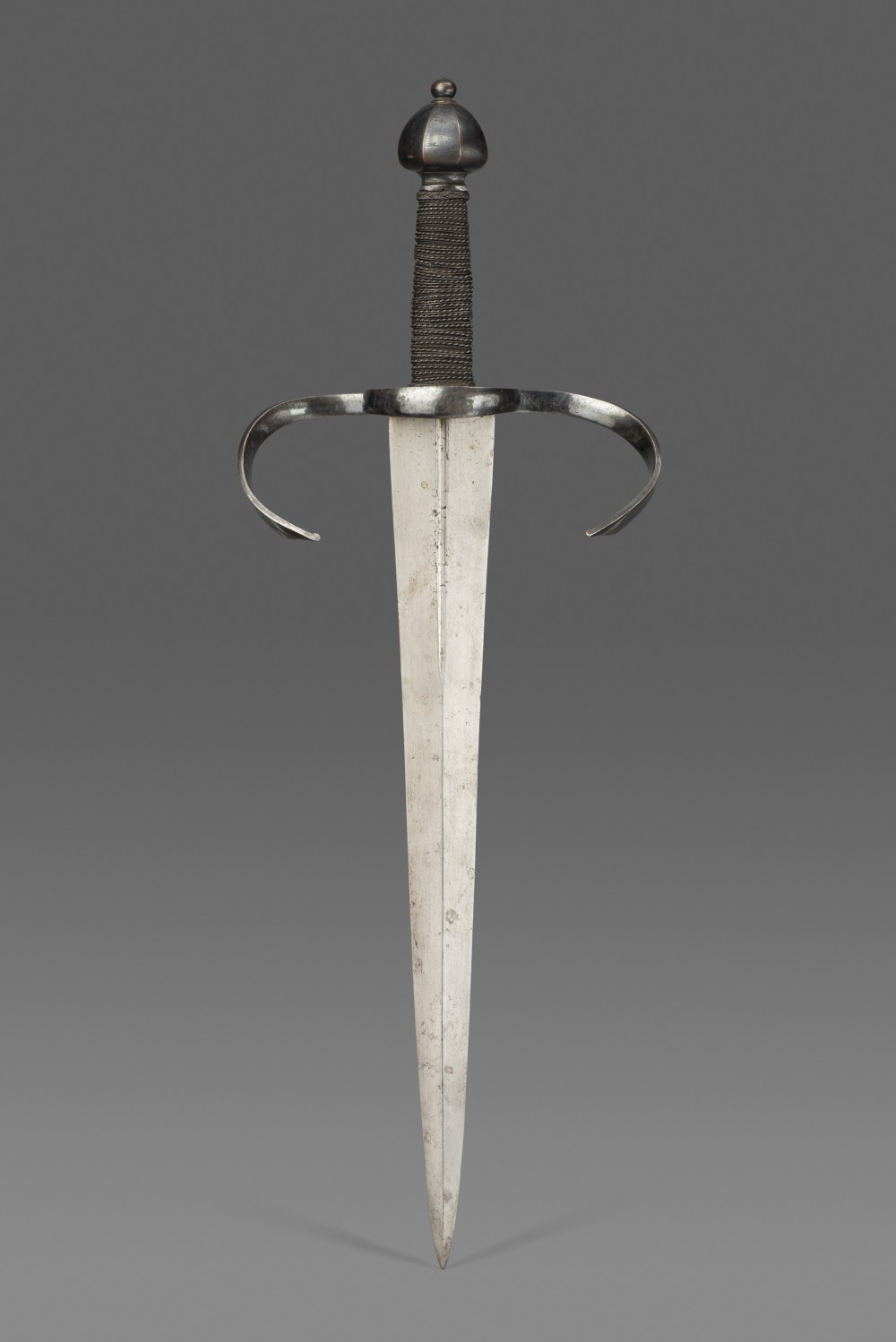 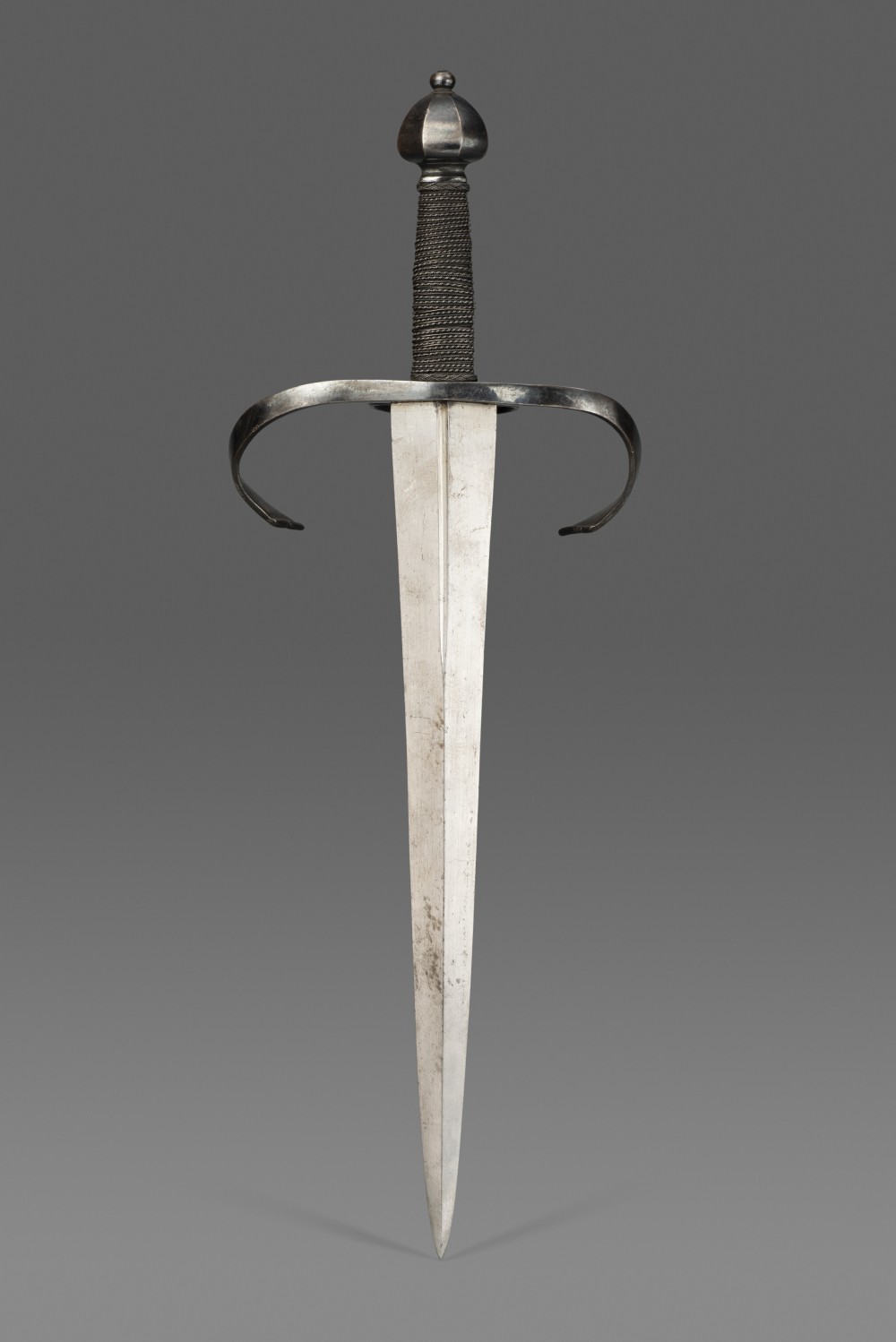 The Saxon Electoral Armouries, Dresden
Later transferred together with much of the armoury contents to the Historisches Museum, Dresden
Subsequently included in one of the series of dispersal sales from the historic arms collection in the 19th and 20th centuries

Daggers of this type formed part of the armament of the elite troops of the Trabantenleibgarde of the Saxon Electors. The guard was recruited exclusively from the sons of the Saxon aristocracy and nobility and were referred to as the ‘Edlen Pursche’. The foot contingent of the guard (the Oberguardie am Hofe) was commanded by Hans von Osterhausen in 1590-91 and by Georg Mattig 1591-1600. The foot contingent numbered 74 within the reign of Christian I, falling to 36 under Duke Friedrich-Wilhelm and to 30 under Christian II.

The present hilt type perfectly matches the type of Saxon rapier with which it was originally intended to be carried. The inventory of the Electoral Armoury taken in 1821 in fact records at total of 93 rapiers and 93 daggers of this type. From this subsequently much dispersed quantity comparable examples of a suite of dagger and rapier are in the Metropolitan Museum of Art, New York (1981.2 and 28.100.3); these are attributed to circa 1610, that is towards the end of the reign of the Elector Christian II. Conversely, an exact parallel matching rapier is preserved in the Staatliche Kunstsammlungen Dresden (Inv.-Nr. III 783) and attributed to the late 16th century, with a further tentative attribution to the workshop of the cutler Anton Schuch or Scheuch, whose works for the armoury are recorded in the collection archives. Schuch is first recorded in the Munich city archives in 1582-87, with further records in the Dresden archives in 1590-91 suggesting his move to there.

If a late 16th century manufacturing date is accepted, this dagger type may have been carried by the guard prior to the death of the Elector Christian I in 1591, or more likely the guard under the administration of Friedrich-Wilhelm, Duke of Saxe-Weimar (r.1591-1601).

The original historic electoral collection was comprehensively depleted by successive dispersal sales, particularly those which followed the abdication of the Saxon monarchy after the end of the First World War. One such dispersal auction which included daggers of this type was held by Rudolph Lepke of Berlin, 8th October 1919.

The present dagger hilt retains very nearly all of its original distinctive bright blue/black finish; the blade is preserved in an equally untouched state. The overall superb level of preservation attests to the authenticity of the Saxon Electoral provenance, a feature common to the majority of arms both formerly and currently retained by the Dresden City Art Collection.