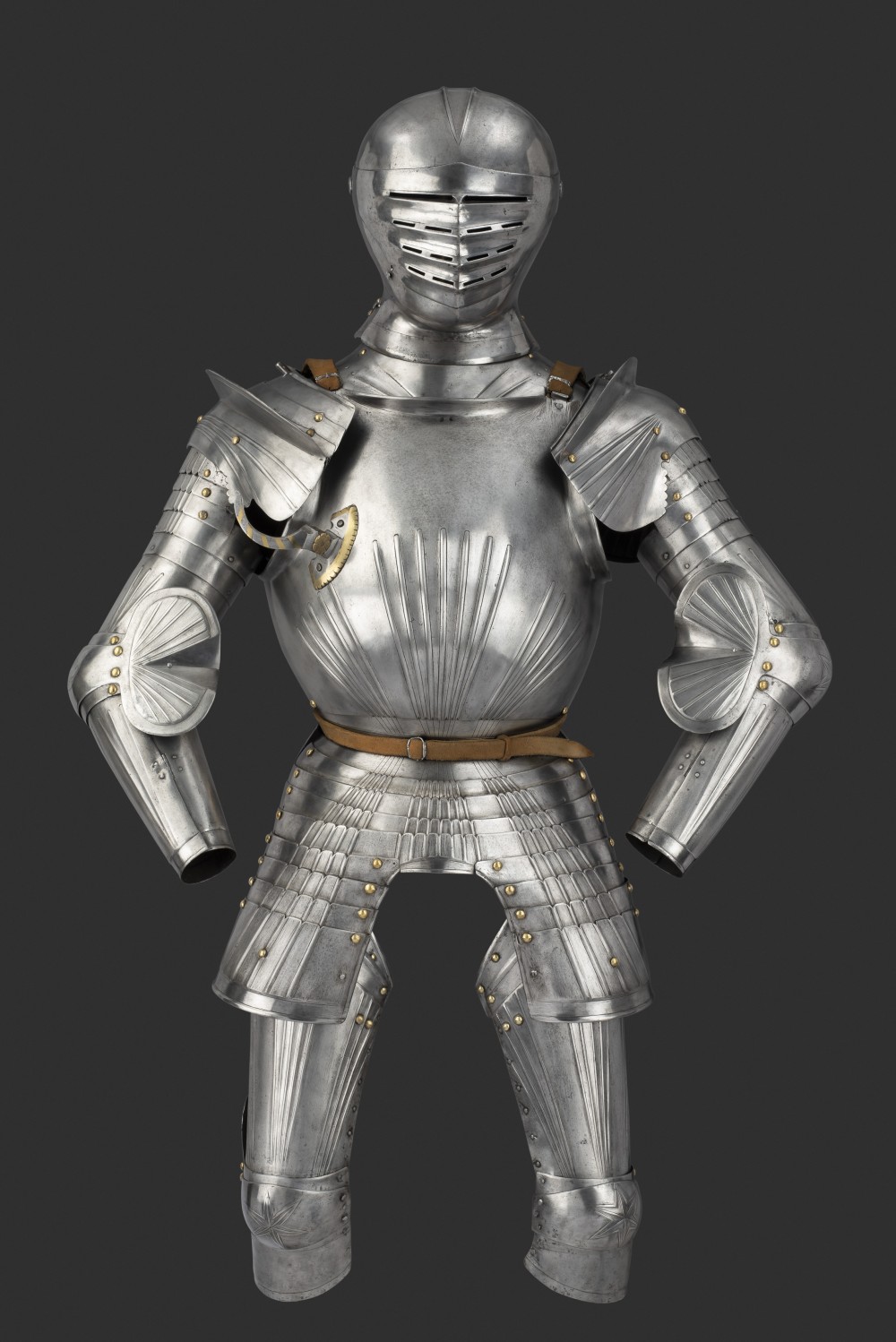 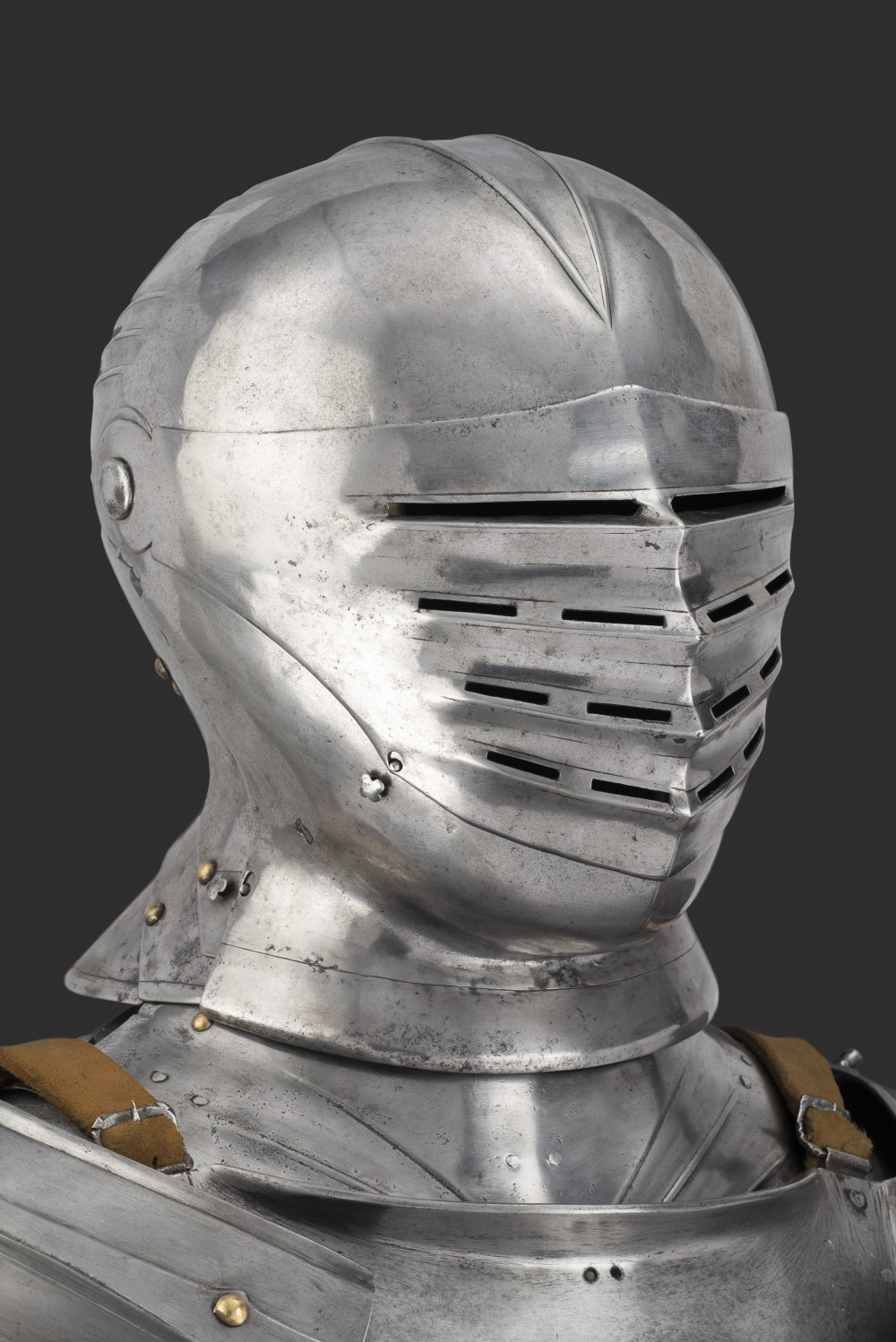 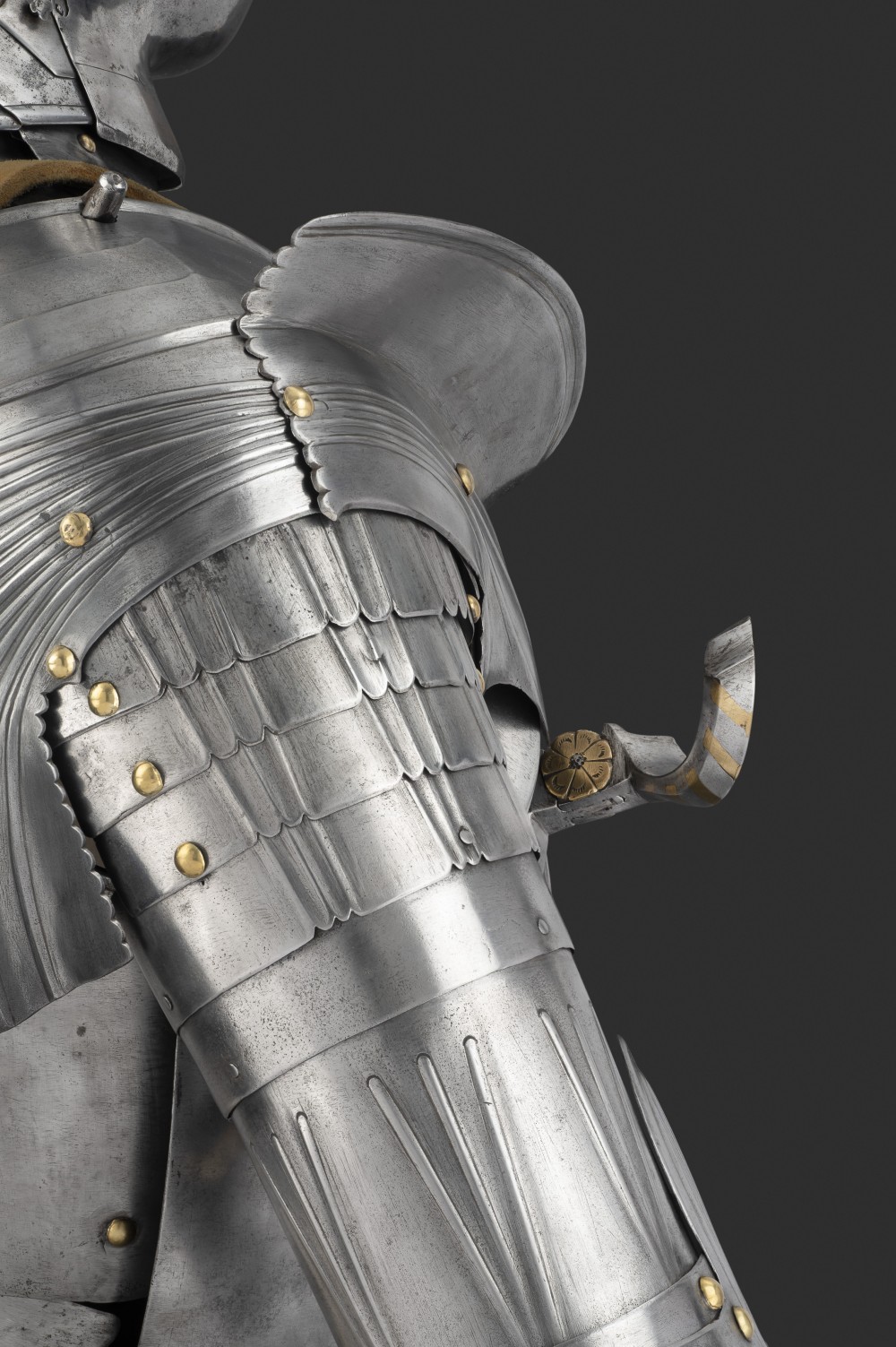 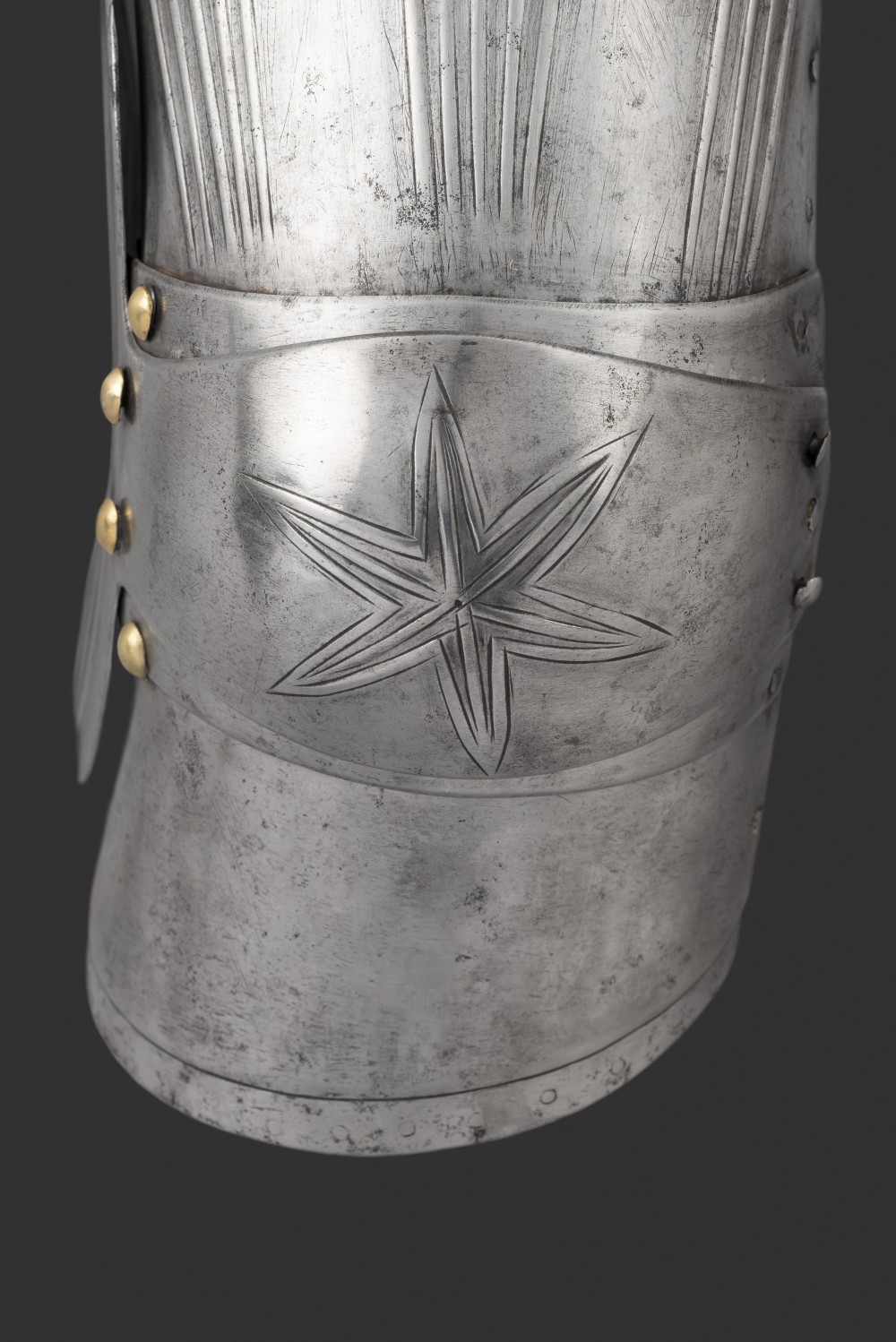 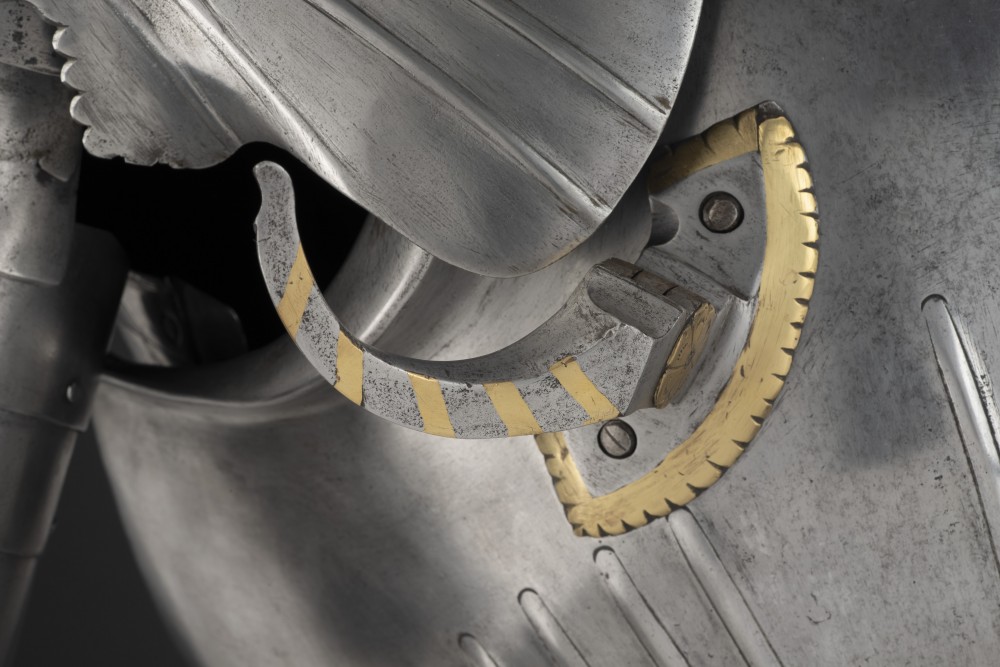 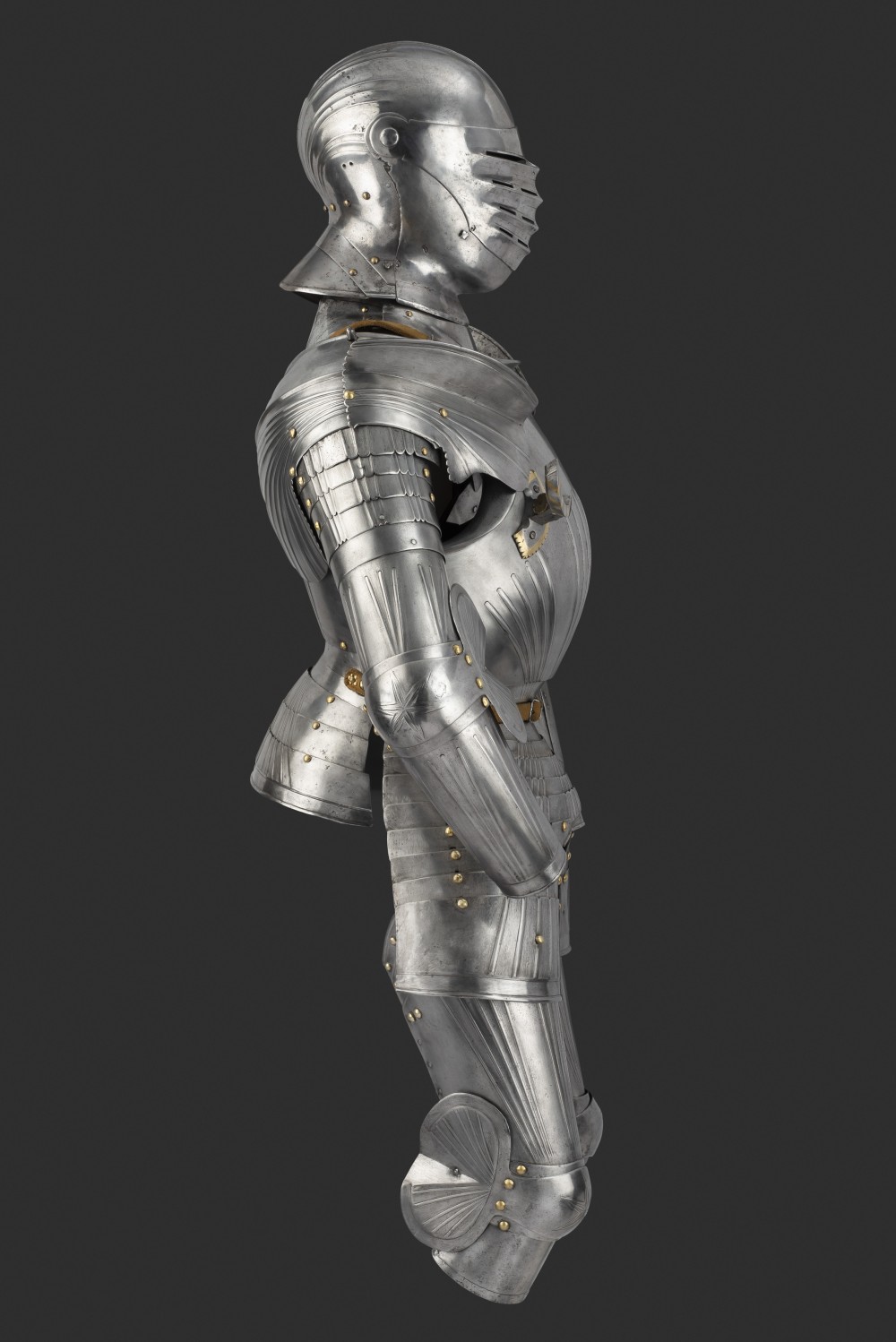 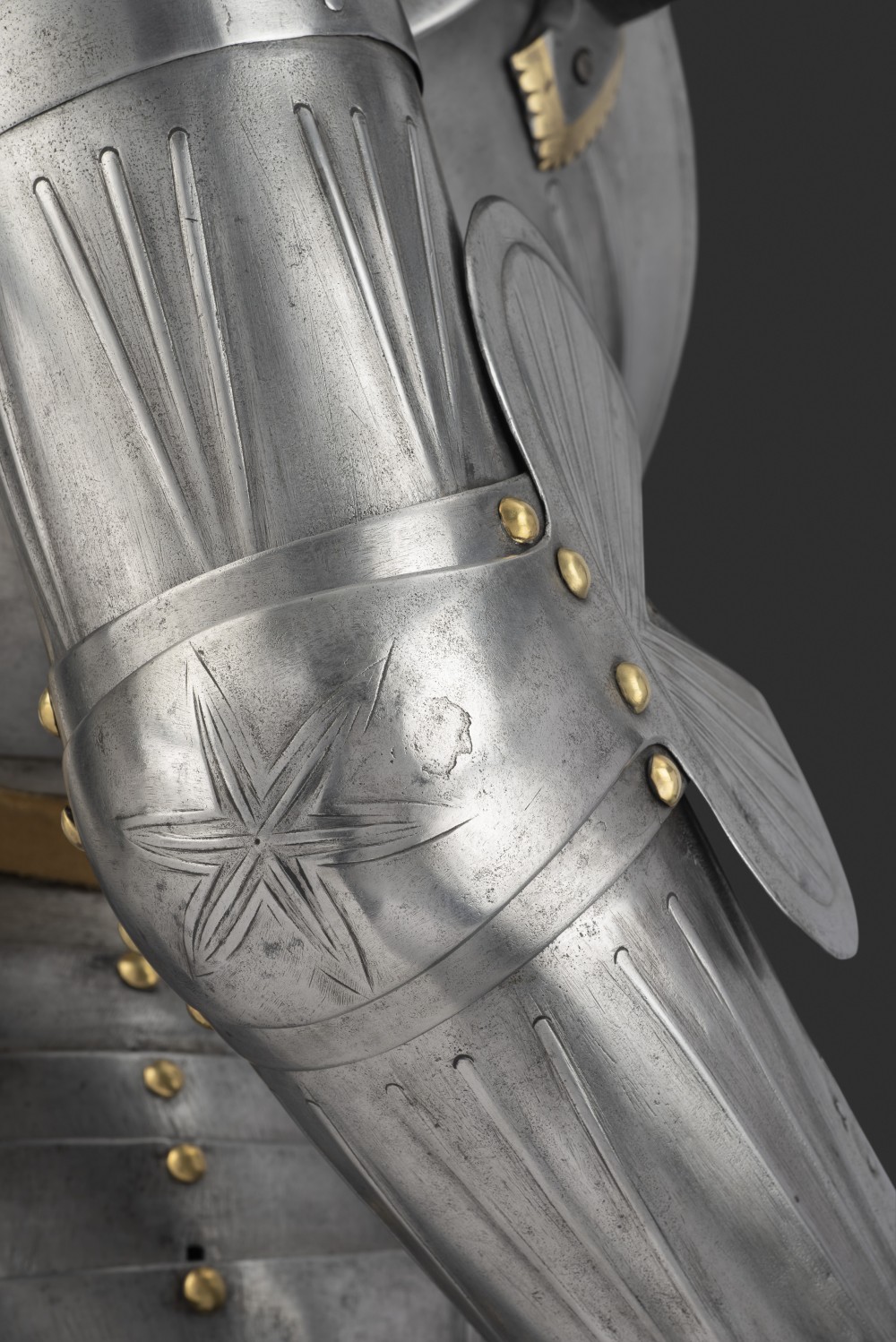 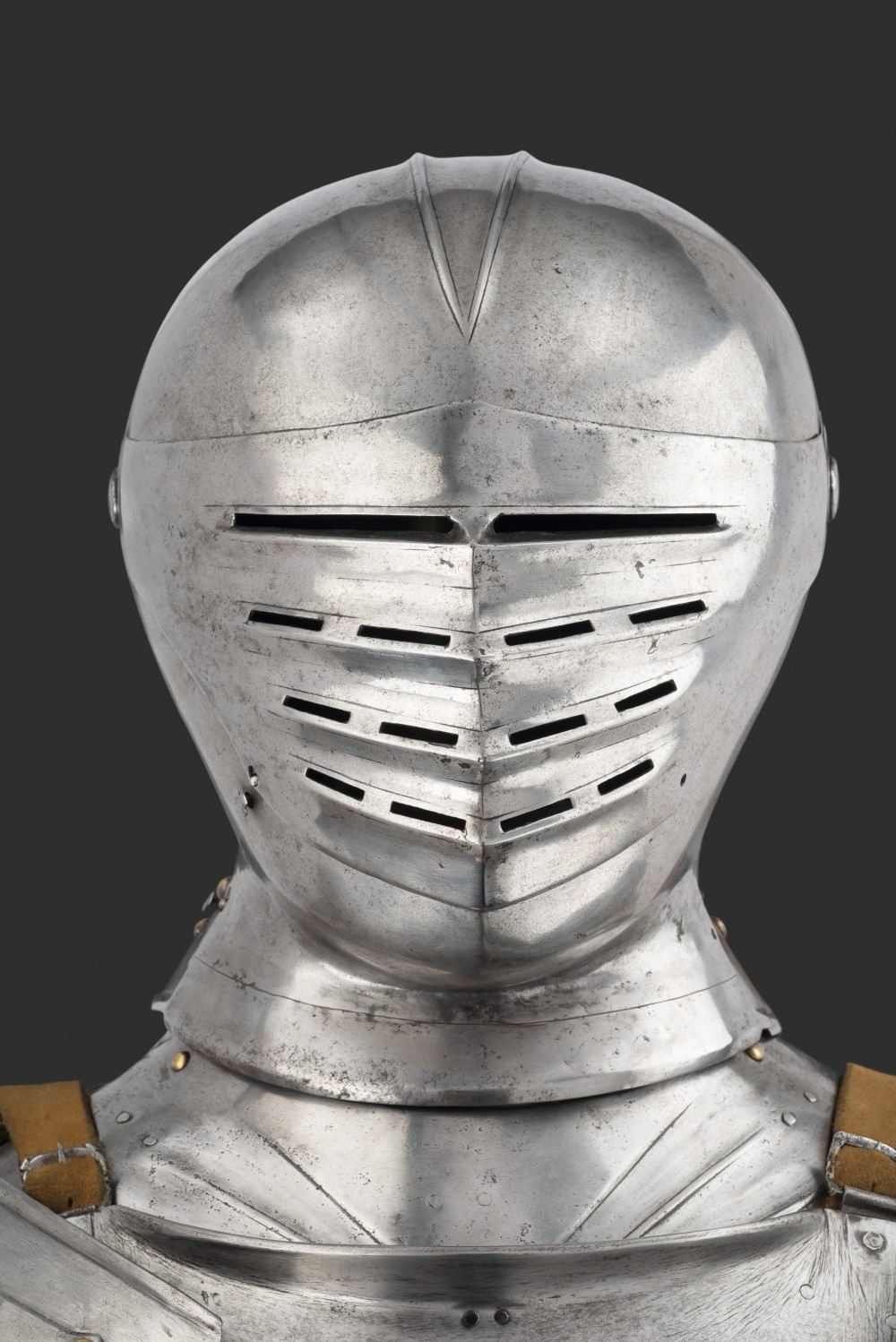 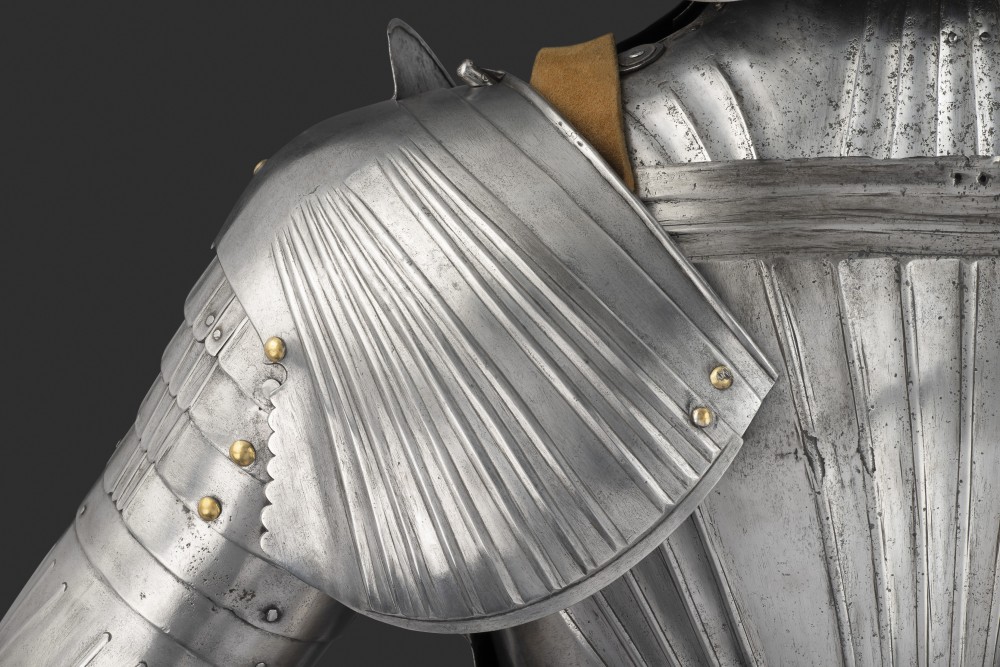 Arguably the most arresting regal portrait of the German Renaissance is the equestrian woodcut by Hans Burgkmair the Elder of The Holy Roman Emperor Maximilian I, who reigned 1493-1519. Dated 1508, this portrait presents the emperor in the Italianate post- gothic ‘rippled’ or fluted armour, by then the height of Habsburg court taste, as the apogee of the revival of the medieval knightly ideal, an icon to skill-at-arms and natural leader of Germanic fashion in armour. Drawn in direct profile and with an astonishing clarity of detail, the image is as much a perfect study of the new armour as much it is the imperial portrait.

By circa 1500 Maximilian’s enthusiastic patronage of the foremost Augsburg armourers had undoubtedly progressed the adoption of a new and distinctly rounded style of proto- fluted armour. This development was in effect a stylistic bridge between the dazzling German High Gothic style, which has reached its zenith by 1485-90, and the sculpturally perfect forms which were characteristic of the gothic armourers of Milan and Brescia. In furtherance of his passion Maximilian established the imperial armour workshops in Innsbruck in 1504. His influence over armour design and production throughout the breadth of the lands encompassed by the Holy Roman Empire was such that, for modern students, his name is synonymous with the fluted armour of the early 16th century. Viewed as a whole, the present armour is a well-proportioned representation of this early development of fluted south German armour. The constituent elements of its construction involve rare surviving early examples which together are well matched.