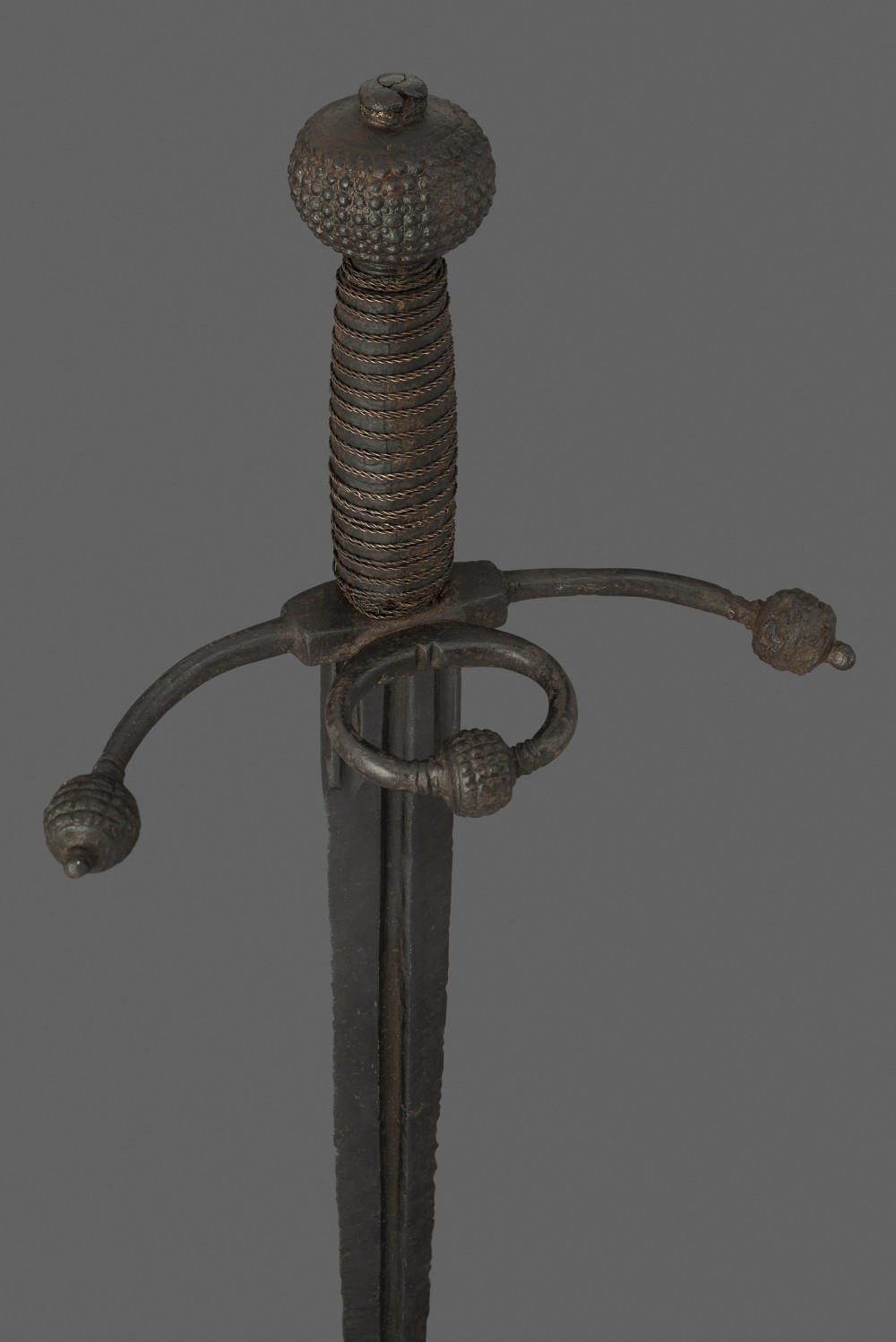 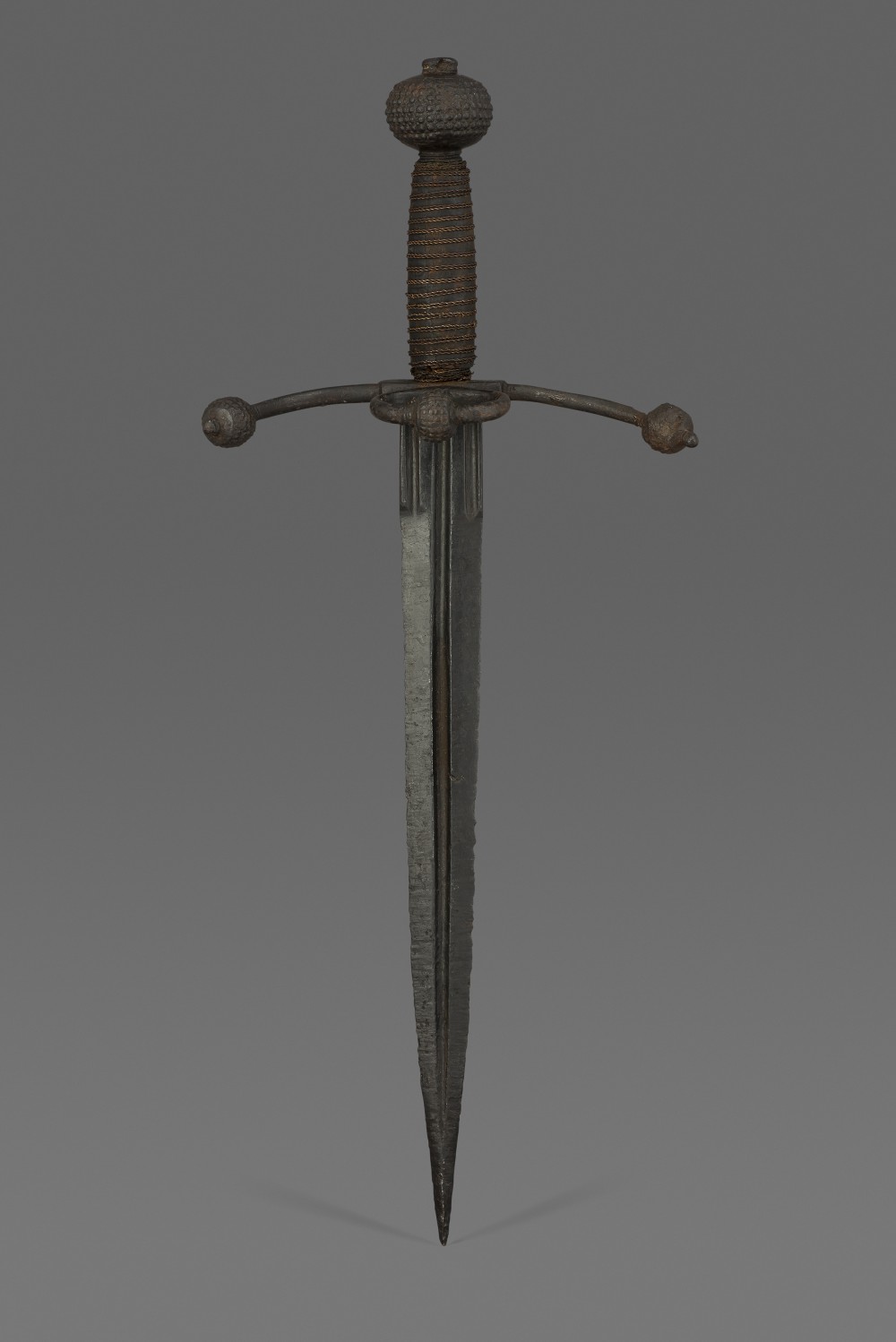 Left-hand daggers are alternatively referred to as parrying daggers, their purpose being to parry a thrust made by an opponent’s sword blade. In order to optimise their abilities in this respect the hilts frequently came to incorporate a ring- or loop-guard with the optimistic aim of catching the point of an incoming blade. More practical was the accentuated extension of a pair quillons, sometimes of arched or outwardly bowed form in order the achieve the same goal. The present very robust example displays both of these devices, conforming to the German and Italian fashions in formal rapier combat in the period circa 1580-1610.

Onwards from about 1545 the pommels on left-hand daggers invariably mirrored the styling of the pommel of the rapier which they were intended to accompany. In the present instance the large globular pommel is cut with a close-set multi-nodular pattern, derived perhaps from the form of a mulberry. In the creation of a balanced design the knop at the centre of the ring-guard and those forming the quillon terminals are smaller but noticeably prominent versions of the same.

The present blade form is found in general on German daggers of the period 1570-90; it compares very closely, however, with the blades of several series of daggers made for the elite guard of the Prince-Electors of Saxony, circa 1590-1600. The robust qualities of the present dagger and of the known sword-types with matching pommels suggest that it may have equipped a select body of troops also.