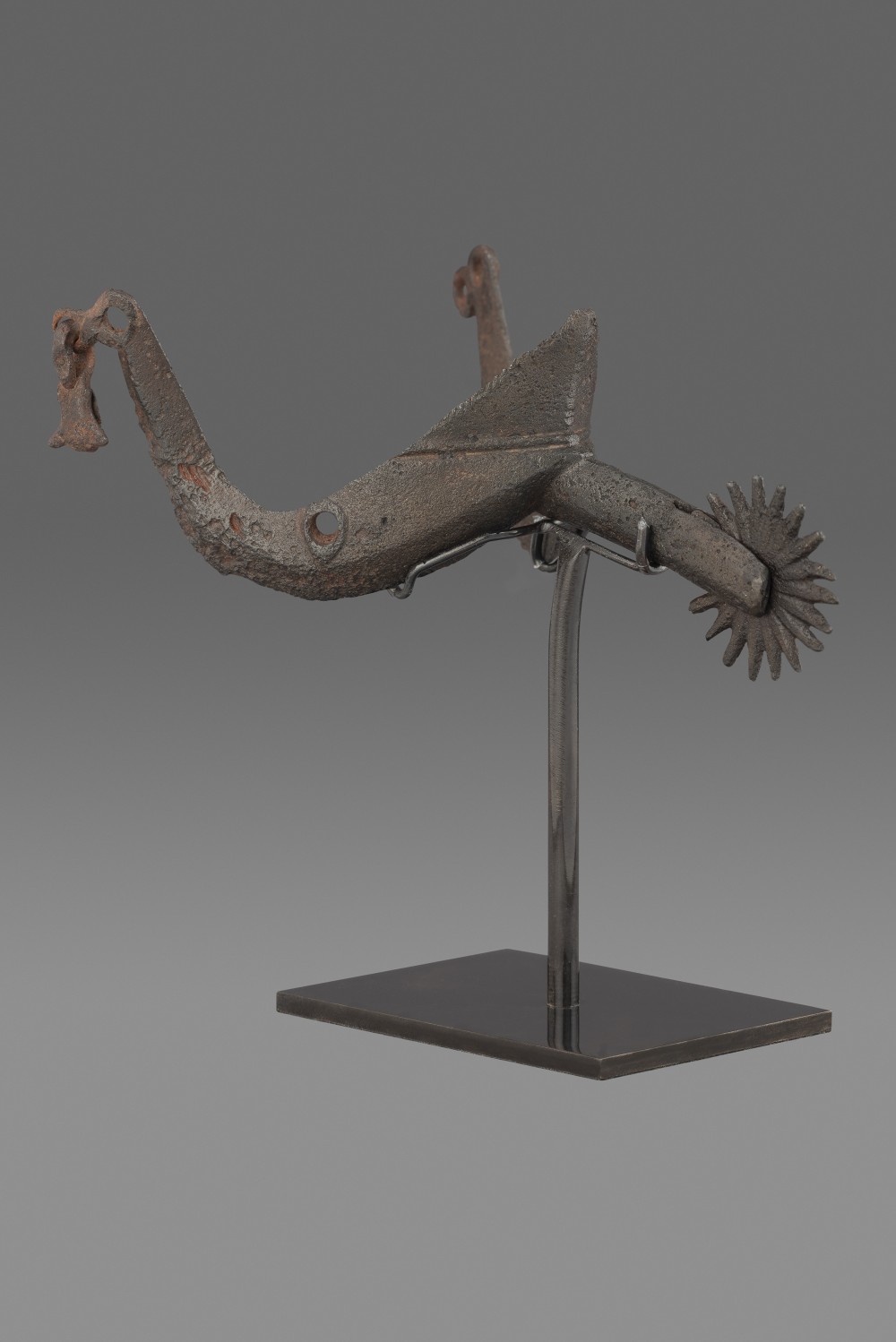 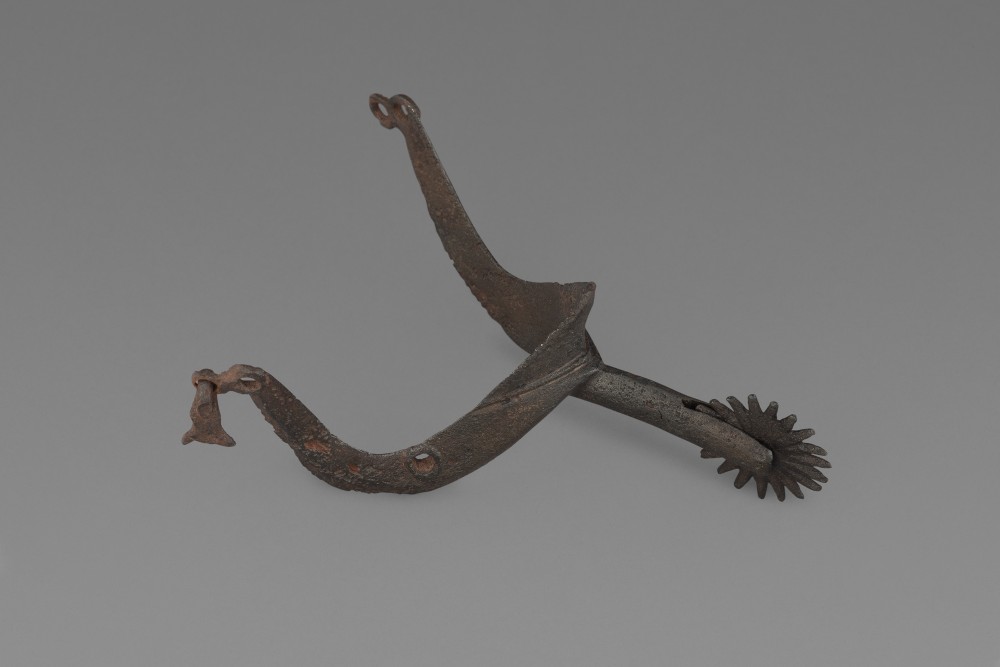 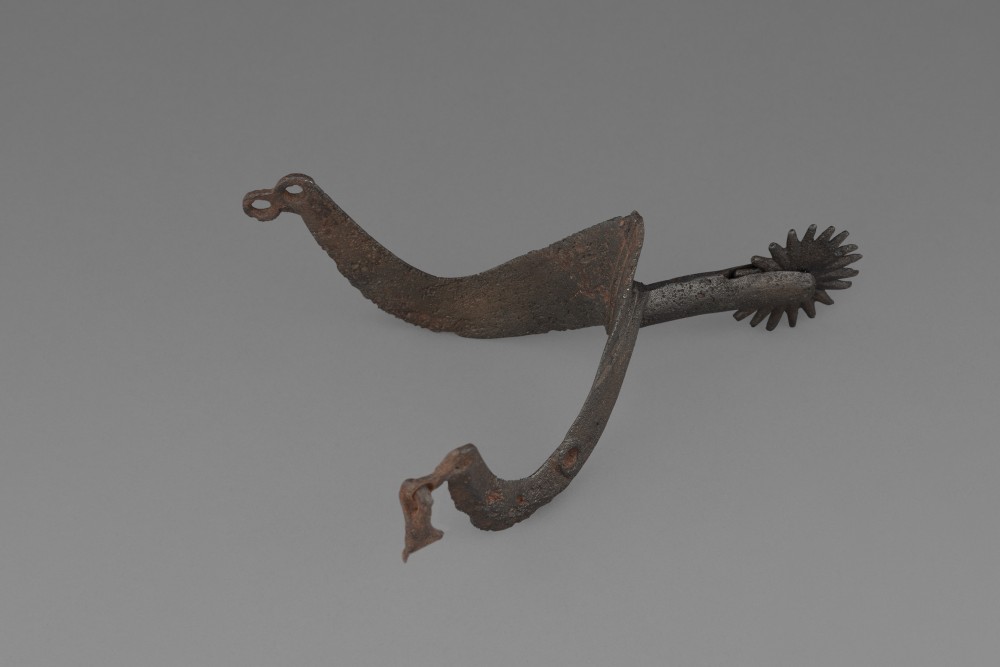 This is a knightly spur of the gothic period, in which the gaining of spurs formed a symbolic role in the investiture of a knight. Spurs of this form are represented in detail on the monumental brasses and carved tomb effigies in churches, these being particularly prevalent throughout England and are a reliable source of dating reference.

In the present example, the heel-band is drawn-up to a strongly accentuated pointed crest and has figure-of-eight terminals for fitting the buckle and hooks for the leathers. One hook remains, as does the very well-preserved multi-point rowel.

Closely related examples also attributed to this period are preserved in the Salisbury and South Wiltshire Museum (Medieval Catalogue, no. 17, fig. 17a) and in the London Museum (Medieval Catalogue, 1954 ed.). The Salisbury catalogue further references a spur of this type found on the heel of a skeleton buried after the battle of Wisby, Gotland, in 1361. The London catalogue illustrates a comparable spur on the monumental brass of Sir John Gifford, circa 1348: Op. cit., fig. 32, p. 104