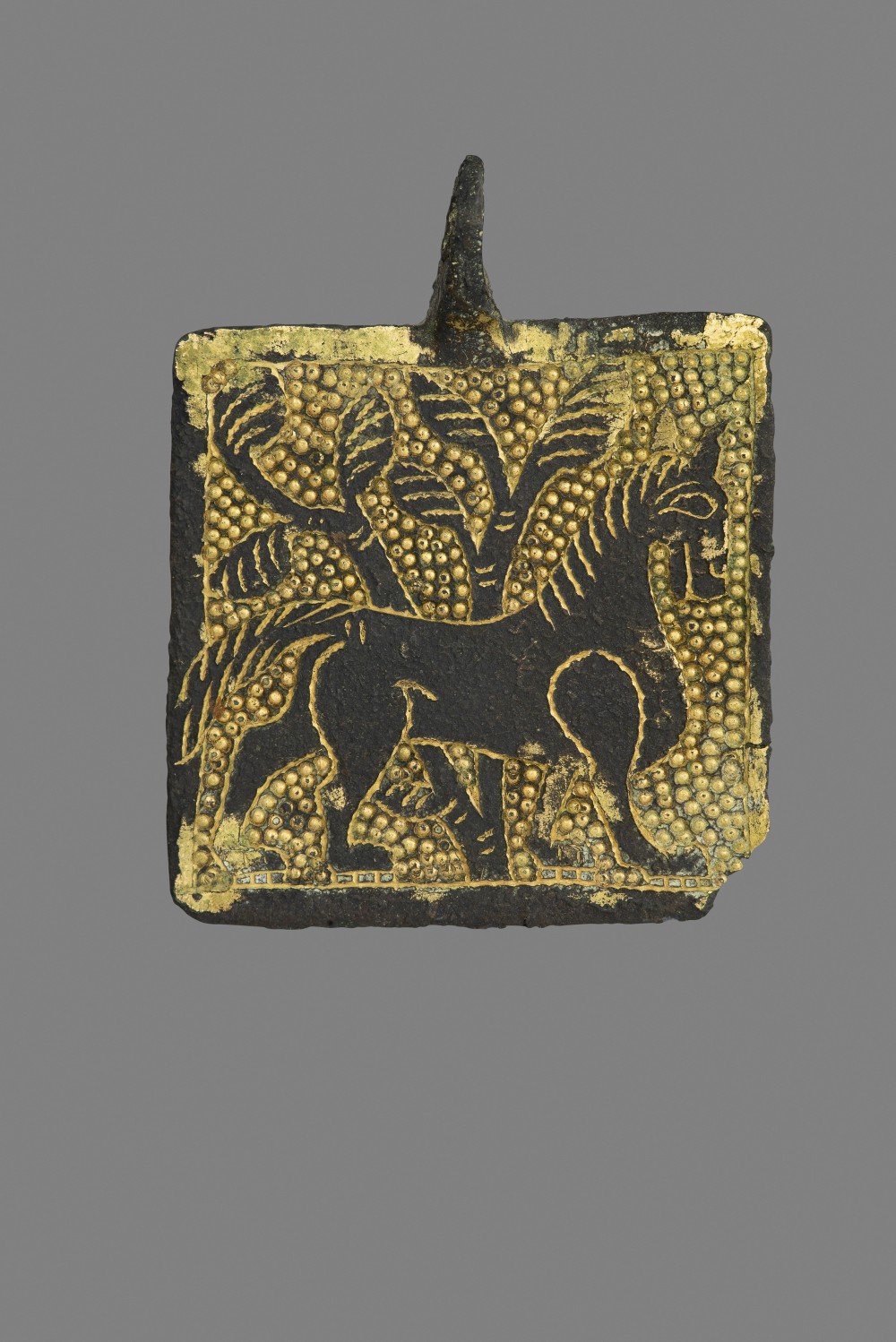 Rectangular with a standing loop for suspension, the outer face incised and gilt with a leftfacing walking horse motif. Behind the horse is a leafy tree incised and gilt also, and each set against a profusely punched and gilt contrasting ground. The added pastoral aspect of the design suggests that the horse emblem is in this instance a personal badge rather than an heraldic device, this in turn indicative of the pendant belonging to the horse harness of a notable of wealth and rank, rather than to that of a knight. Medieval tales of the ancients were central to a nobleman’s education and accounts of the of the courage and steadfast loyalty of Alexander the Great’s mount Bucephalus, and of Caius Caesar’s devoted and fearsome war horse each ensured the well-bred horse a place of high esteem. From this platform the natural link between equine culture and the European chivalric code gathered pace throughout the medieval period.