A Small-sword Hilt of Steel Chiseled in Low Relief, c. 1780 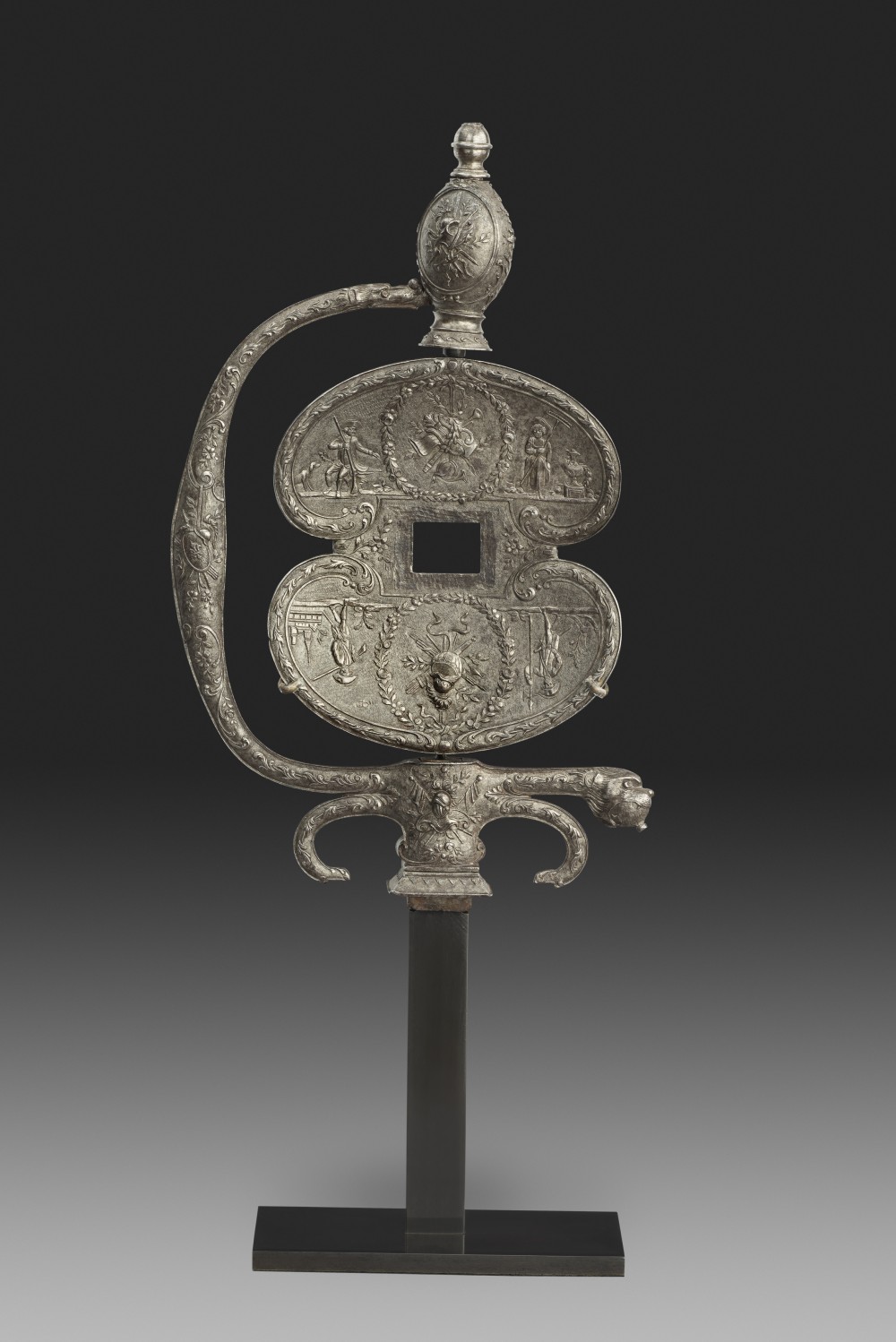 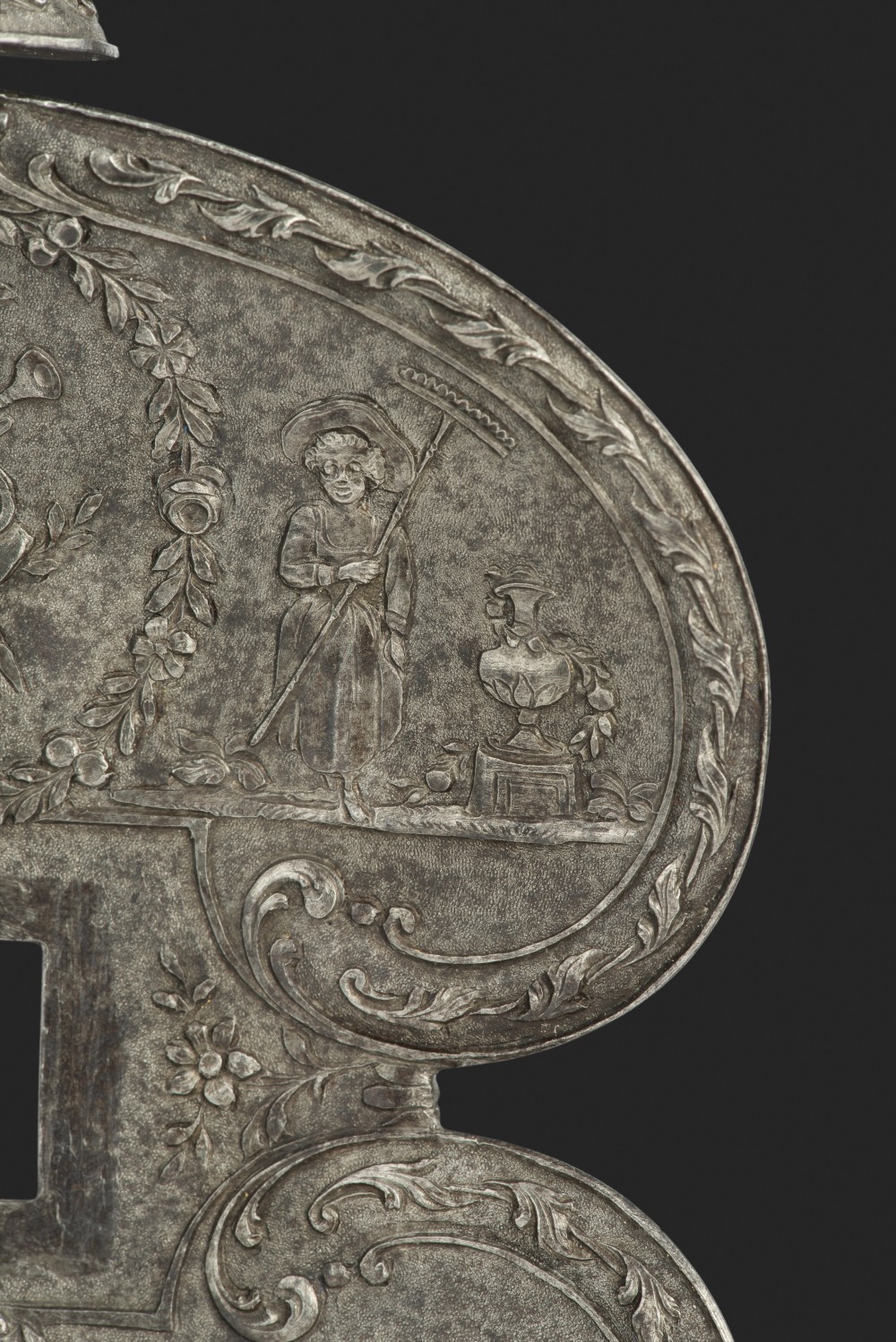 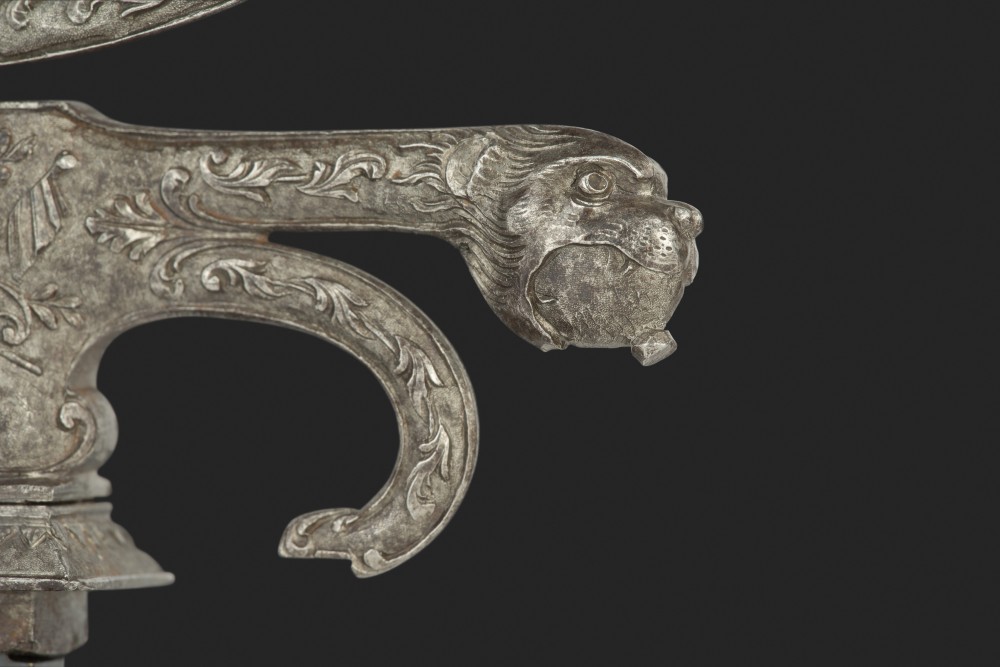 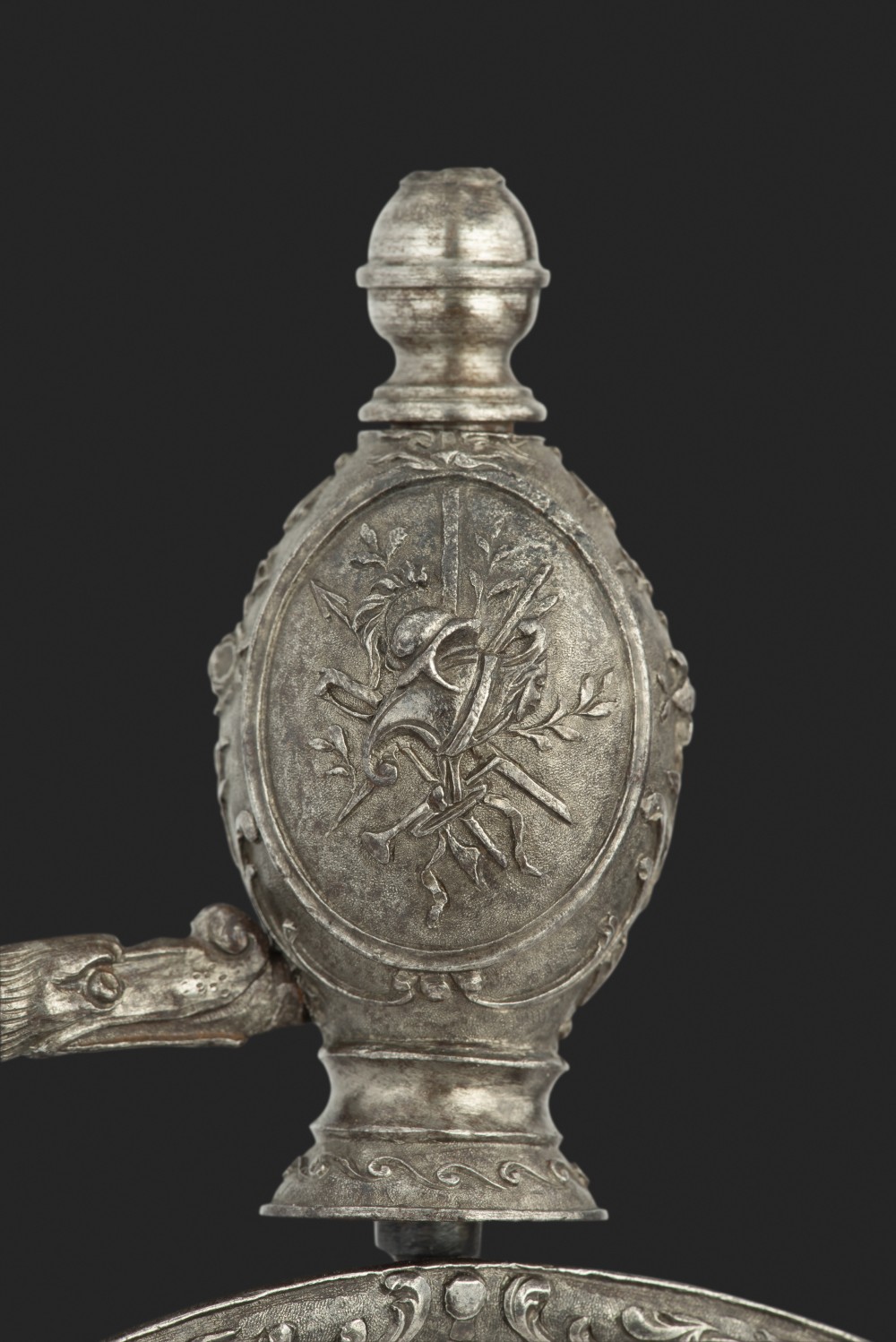 In France the years immediately preceding 1770 formed an abrupt stylistic marker within the decorative arts, with a clear movement towards neo-classicism, away from the previous frivolity of the designs of the rococo age, with its asymmetrical expression of rocaille scrollwork almost strewn with iconographic emblems. Henceforth (except very notably at the court of Versailles), ornament now followed ordered and symmetrical structures, retaining the familiar broad range of allegorical subjects and emblematic trophies from the rococo palette but with these now carefully placed in symmetry within garlands, wreaths, bouquets and gently scrolling frameworks. The decoration of the hilts of the small-swords of the period, chiseled with exquisite delicacy in low relief and worn as the badge of gentlemanly or noble quality, together with gold snuffboxes, pillboxes and other luxurious bijouterie of Paris workmanship, all exemplified this change exactly. The present hilt provides a fine example of the new style, as a still loosely interpreted neoclassicism, a last flourish of the pre-revolutionary regime. Typically, this hilt highlights patriotic trophies of War, the Performing Arts and the Chase at the salient points of all its surfaces. The chiselled trophies were very possibly inspired by original engraved patterns for trophies by the designer, engraver and architect Jean-Charles de la Fosse (1734-1789), published in 1767 in Amsterdam and Paris, as a series of 110 engravings under the title ‘Nouvelle Iconologie Historique ou Attributs Hiérogliphiques’. The double shell-guard of this hilt is augmented over one half of its inner face by the figures of a sportsman and a lady dressed for ‘le jardinage’, these being fashionable representations of Husbandry within a Pastoral setting. The opposing half is cut with the figures of an infantry officer and a soldier in contemporary uniform and similarly inspired by published engravings of the day. The outer face of the guard is decorated at its corners with four putto figures, popular in art as the medium for the portrayal of romantic allusions: one, with doves as its attribute, represents ‘the compulsion to fall in love’. Unusually, this hilt falls into a very small group of Paris steel hilts of this period, in which the maker has opted to abandon the ubiquitous encrusted gold detail and gold-damascened background to his chiselled designs. The design instead relies with great success on the play of light on the relief work for its aesthetic effect.