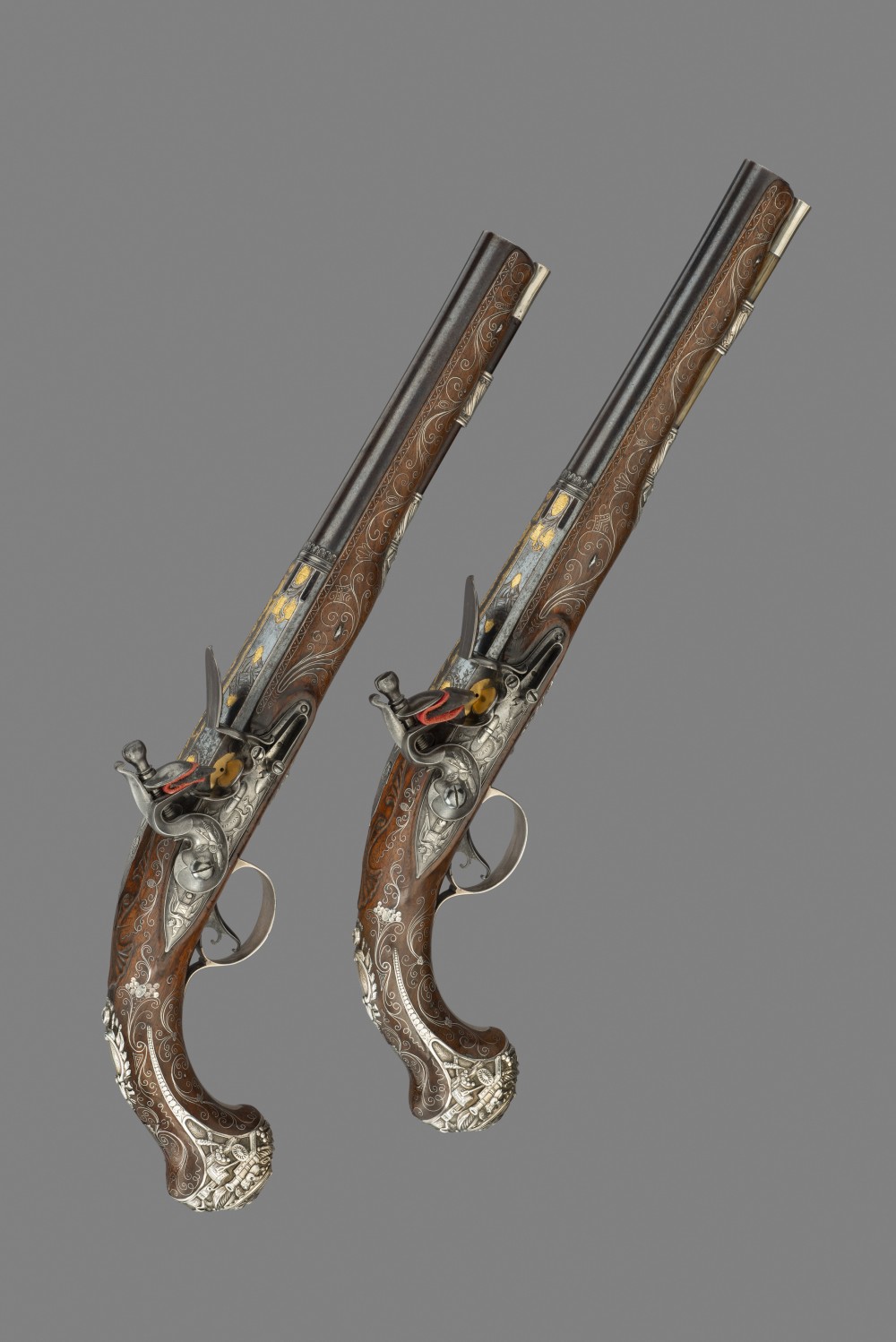 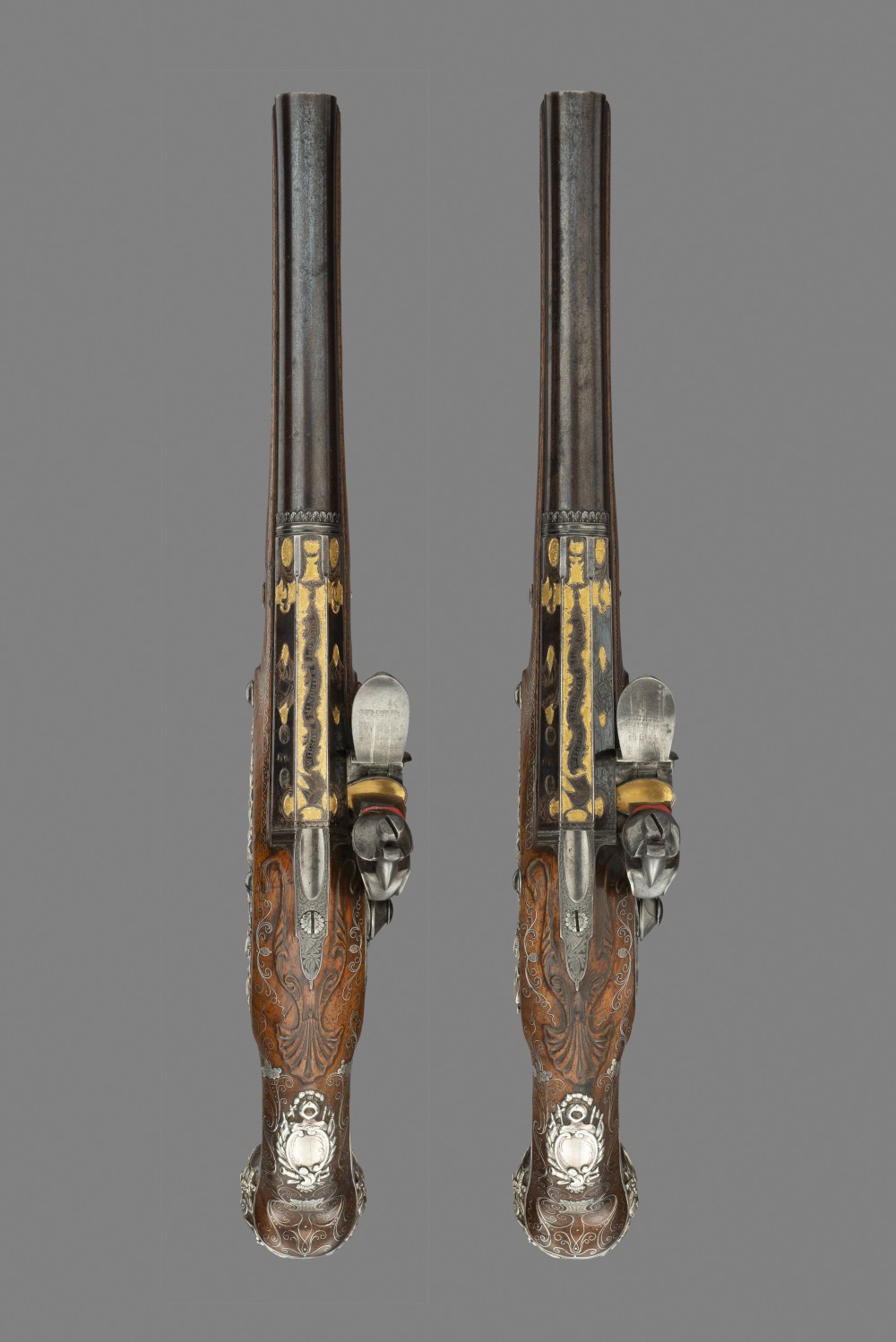 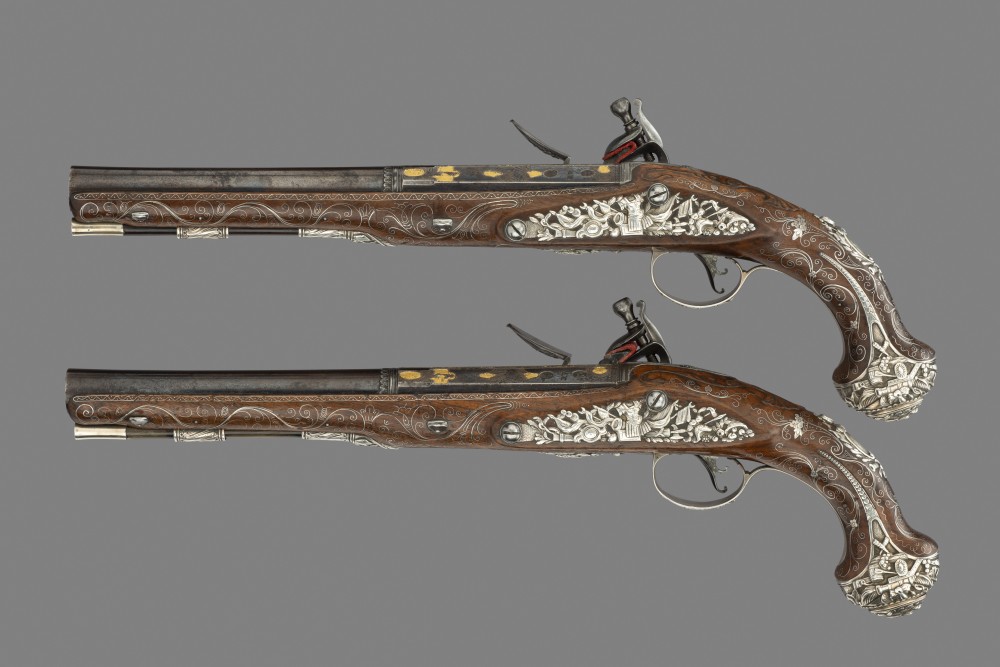 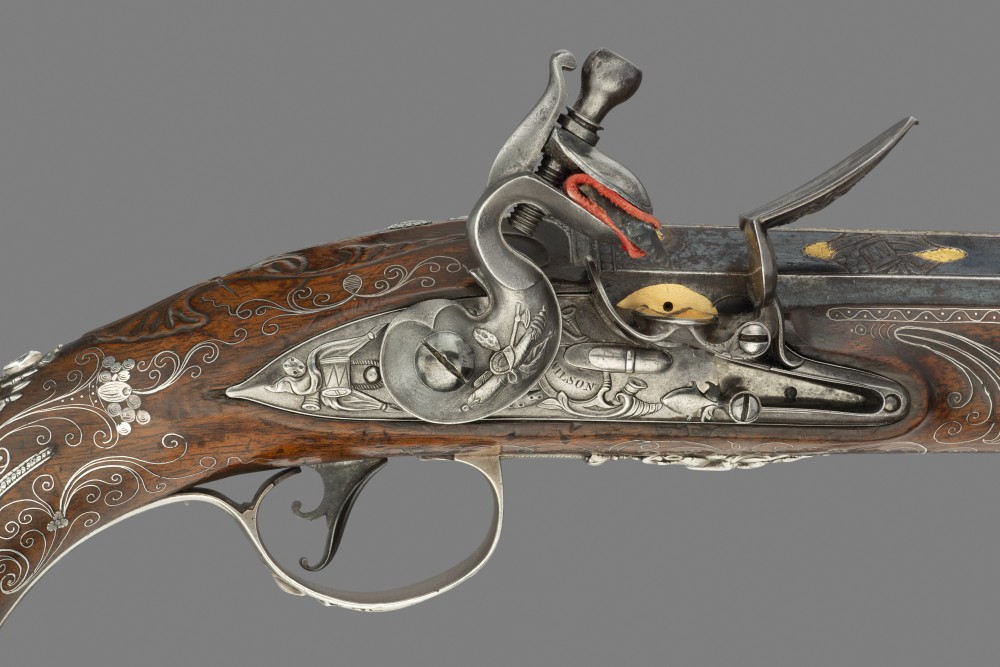 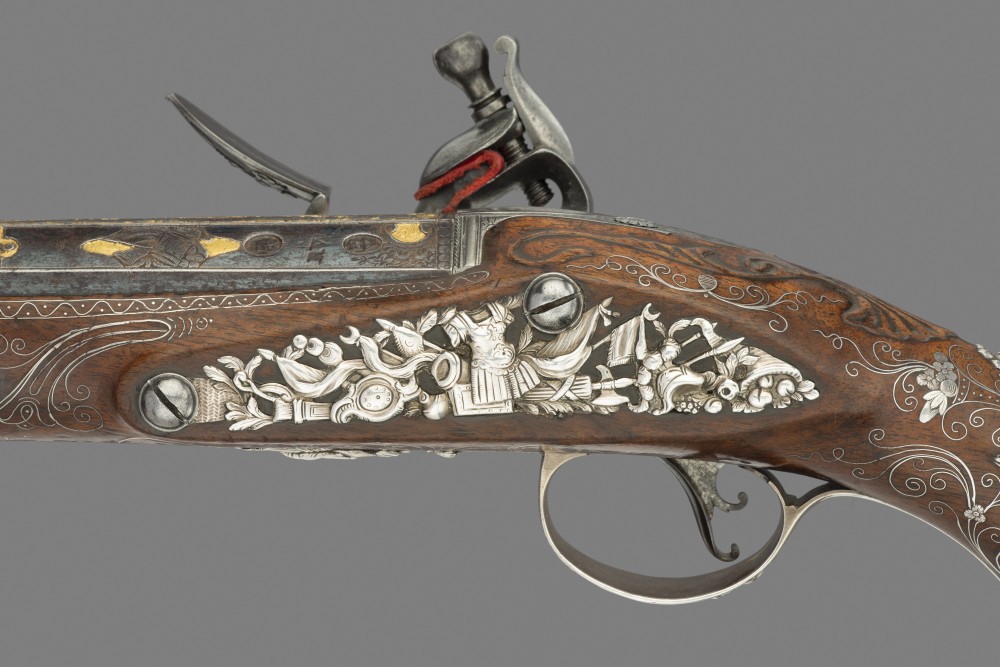 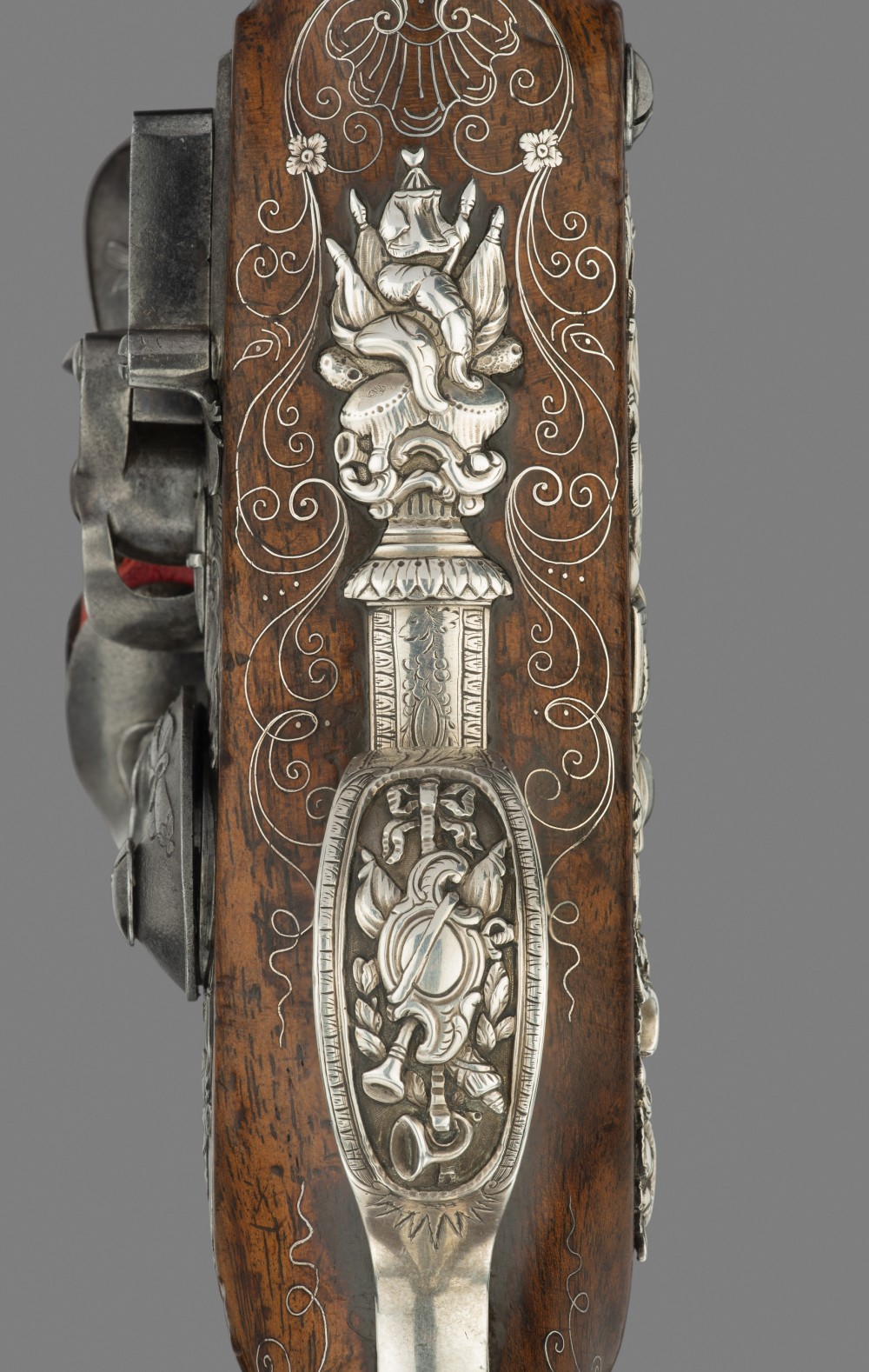 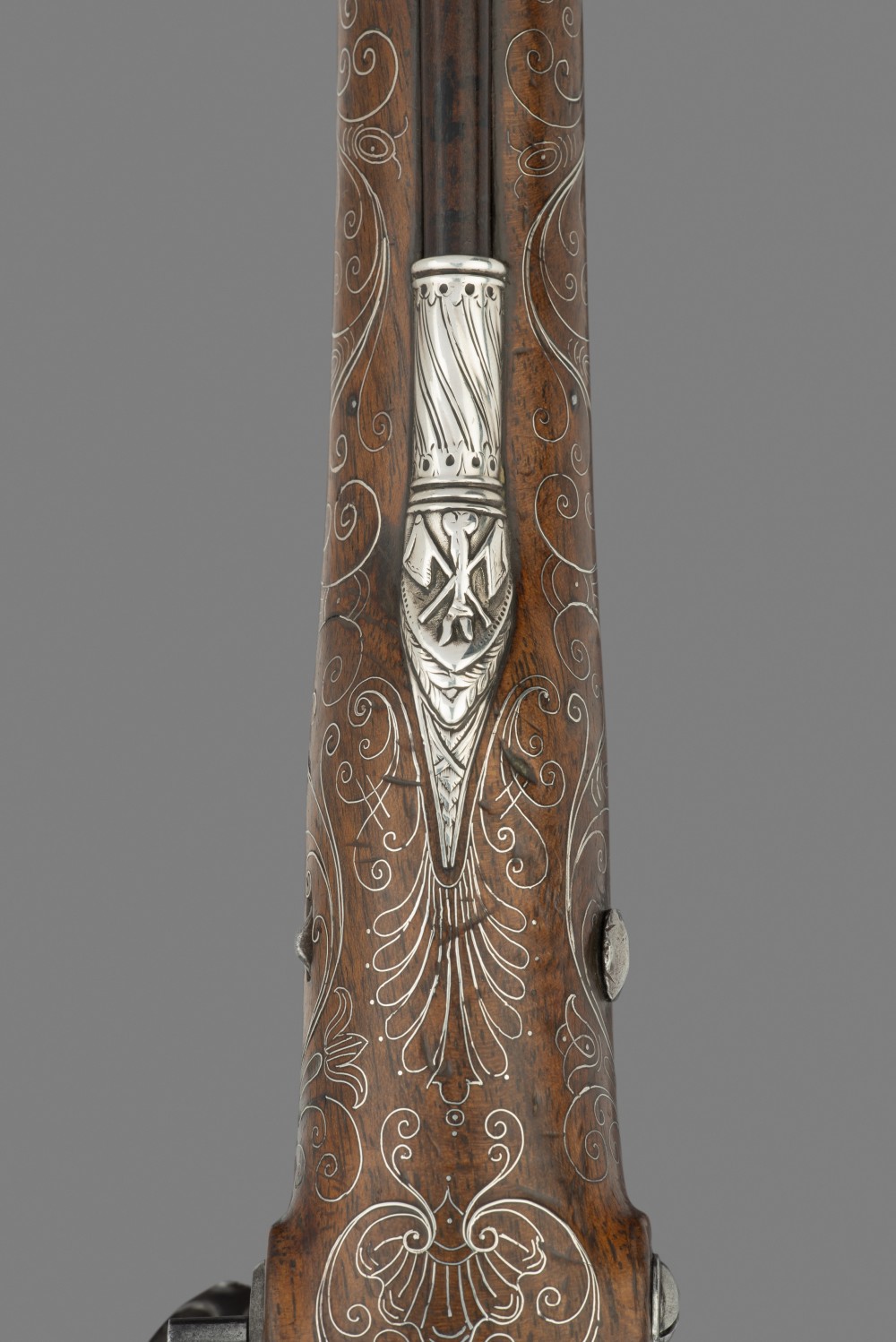 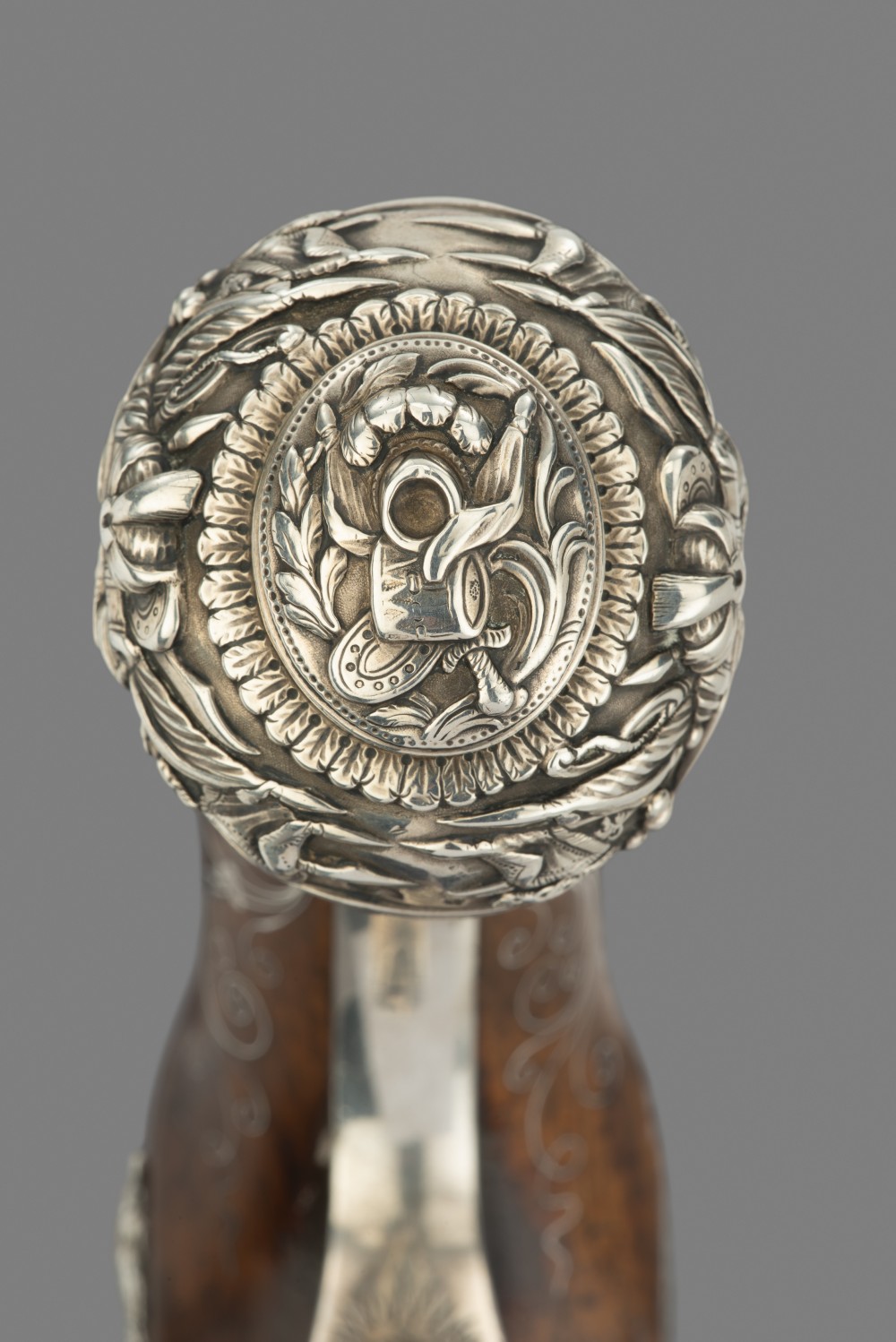 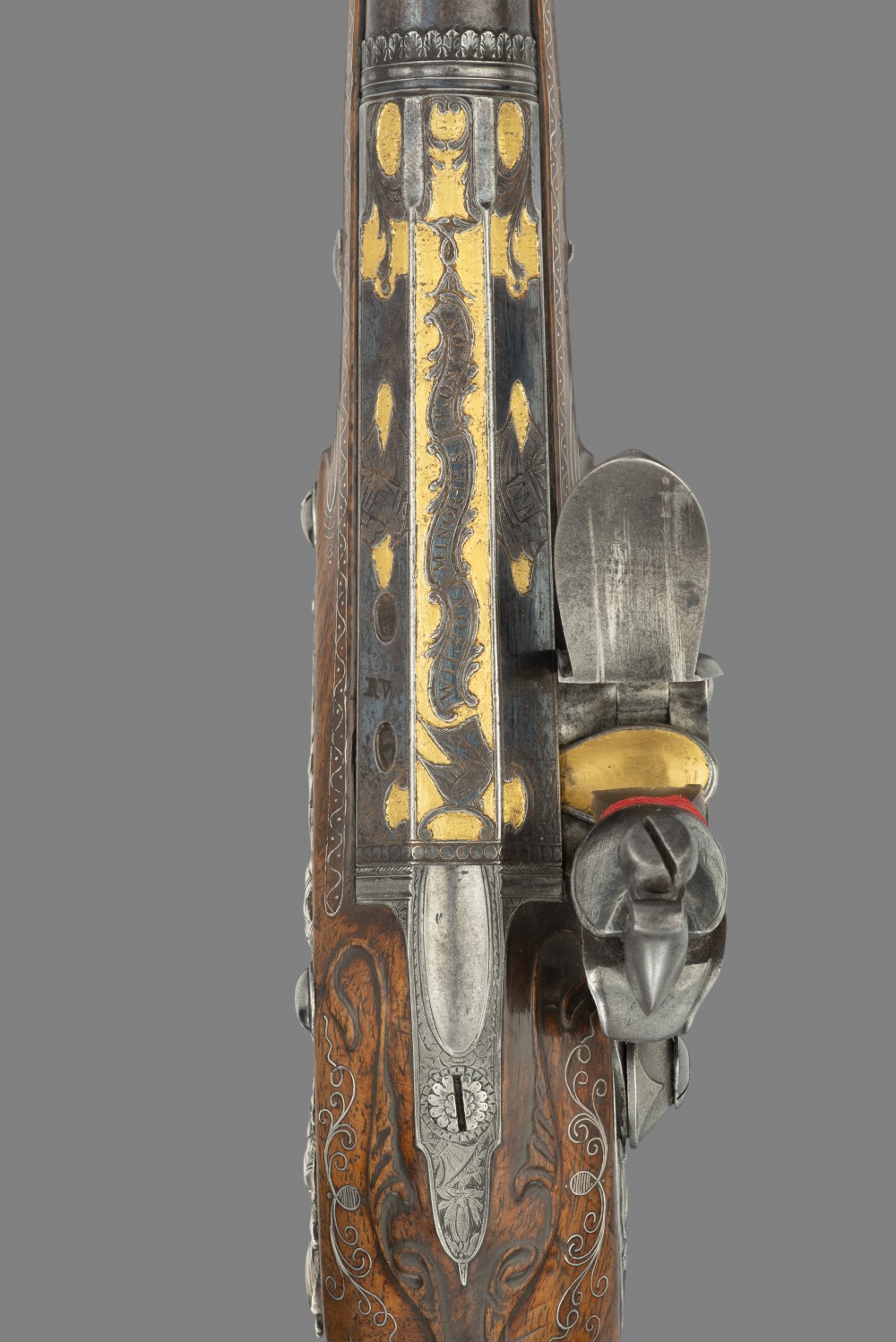 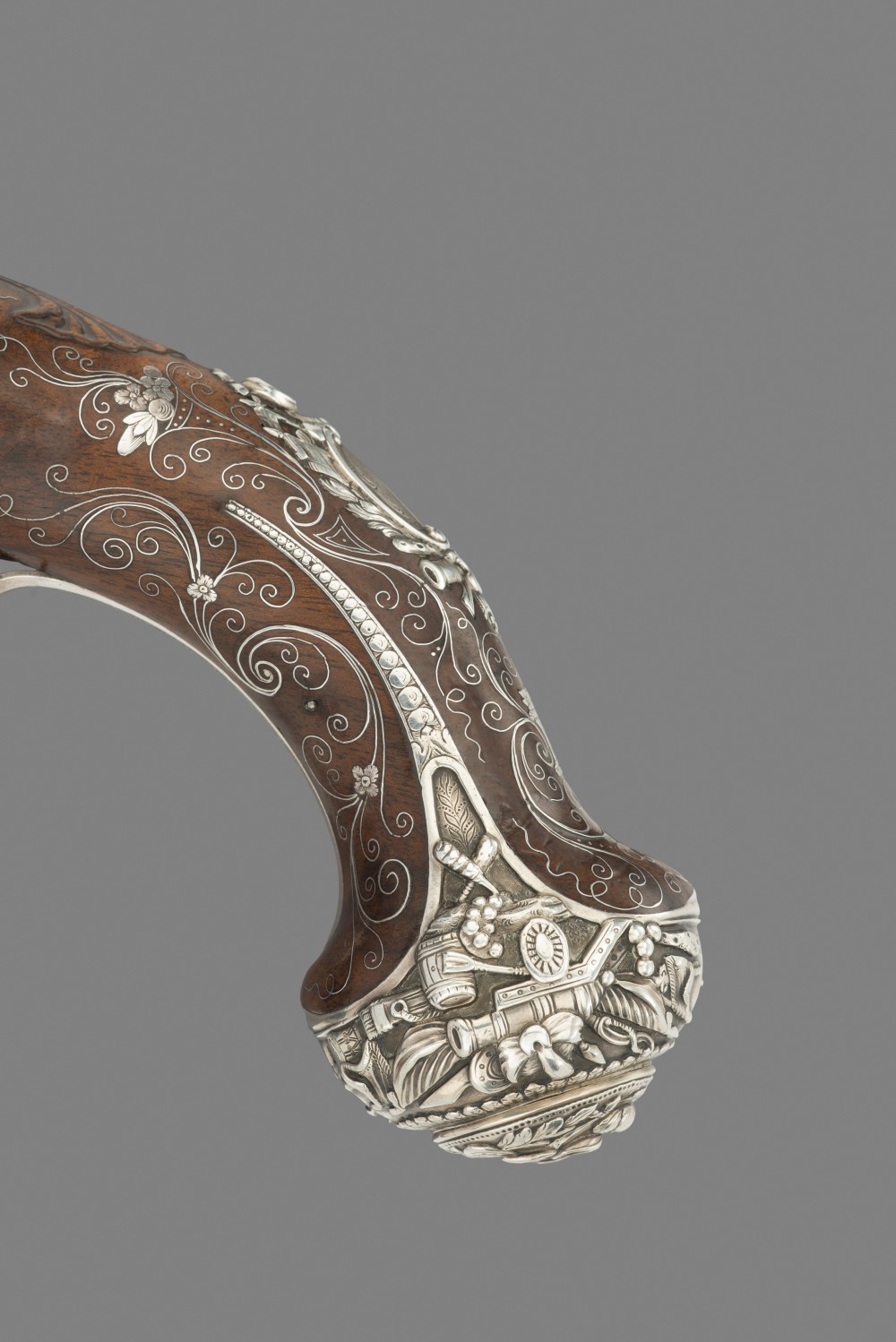 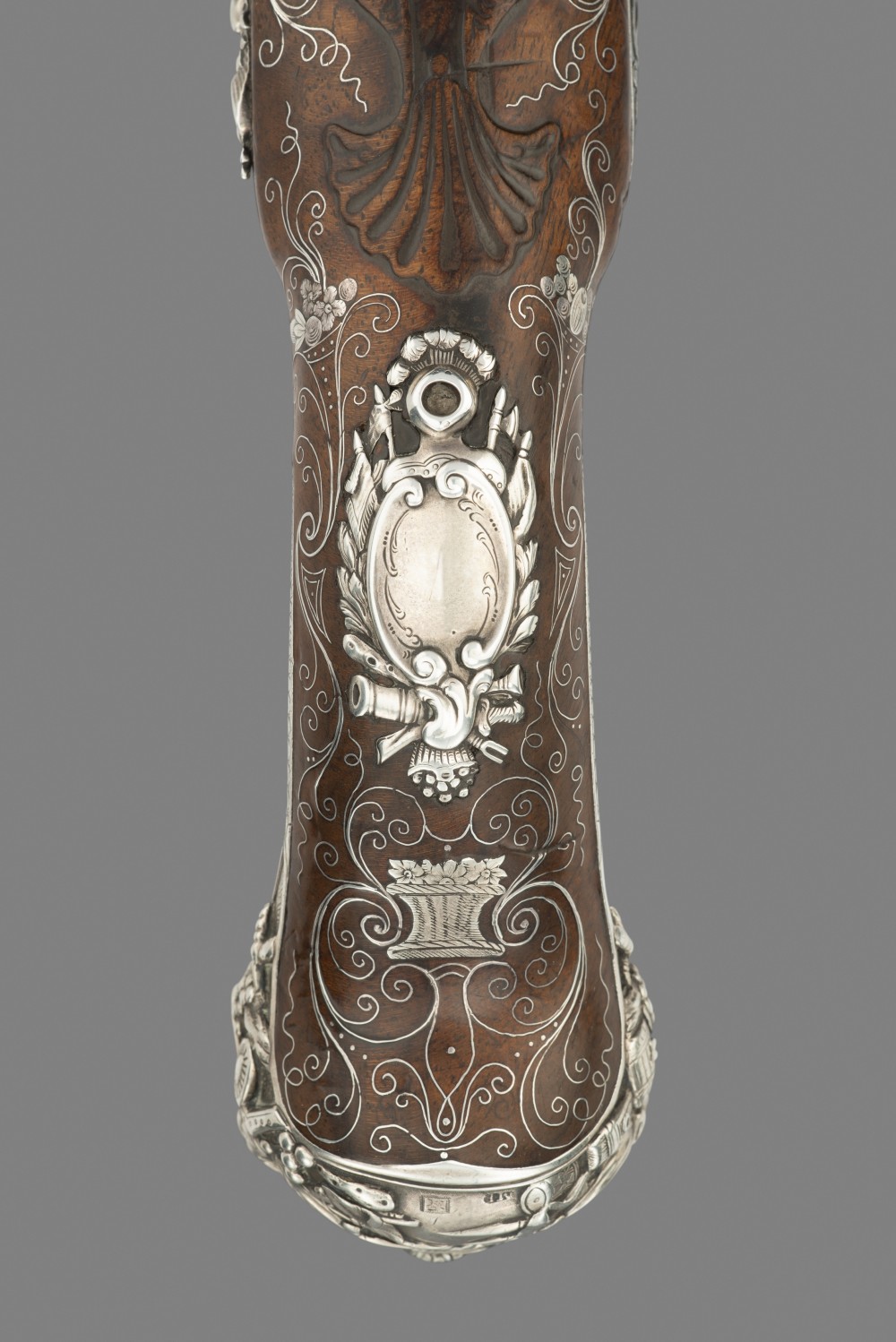 Removed from Warwick Castle, Warwickshire (inv. nos. F007/8)
The Warwick Earldom became extinct upon the death of the 8th earl in 1759. The title was then recreated in the same year, in favour of Francis Greville, 1st Earl Brooke of Warwick Castle. These pistols may have come to Warwick Castle as a gift to the 2nd Earl, George Greville, 2nd Earl Brooke (1746-1816)

This pair of pistols display the degree of Georgian opulence reserved for firearms intended as prestigious gifts. It is likely due to them having been received in this manner and then displayed rather than used, that they are preserved in exceptional condition. The barrels are inspired by the work of the finest Madrid gunmakers, the colourful Spanish style of barrel-making being at the height of its popularity in England in the 1770’s and early ‘80’s. The maker, William Wilson has in this instance exploited the Madrid style with its brightly blued finish, chiselled girdles and large gold vents to suit his own design, substituting the conventional formal arrangement of gold-lined small stamps and maker’s marks for chiselled rococo motifs, which he has set against gold-lined recesses. His signature ‘Wilson Minories London’ is engraved on a ribbon scroll and set similarly against a gold ground. The locks are cut with trophies-of-war in relief, carrying both the maker’s signature and, most unusually, sliding safety-catches fitted forward of the cocks. Gold-lined priming pans formed with water-drain fences and gold-lined covers confirms the high standard of functional considerations. No less lavish attention is paid to the stocks, the warm tones of their figured walnut providing the ideal ground for a profusion of scrolling wire tendril patterns and suspended flowerheads which are inlaid over their entire length. The splendour is made complete by the full complement of silver mounts cast and chased in bold relief, forming exotic panoplies of armour, weapons, standards and martial instruments of both neo-renaissance and neoclassical origin. This pre-eminent theme was doubtless intended to invoke an aura of glorious historical victories, a sentiment instantly familiar and meaningful to the classically educated gentry of the period.

The silver maker’s mark is probably that of Michael Barnett. Michael Barnett, a Small Worker of No. 36 Cock Lane Smithfield, entered his first mark on 29th June 1781.