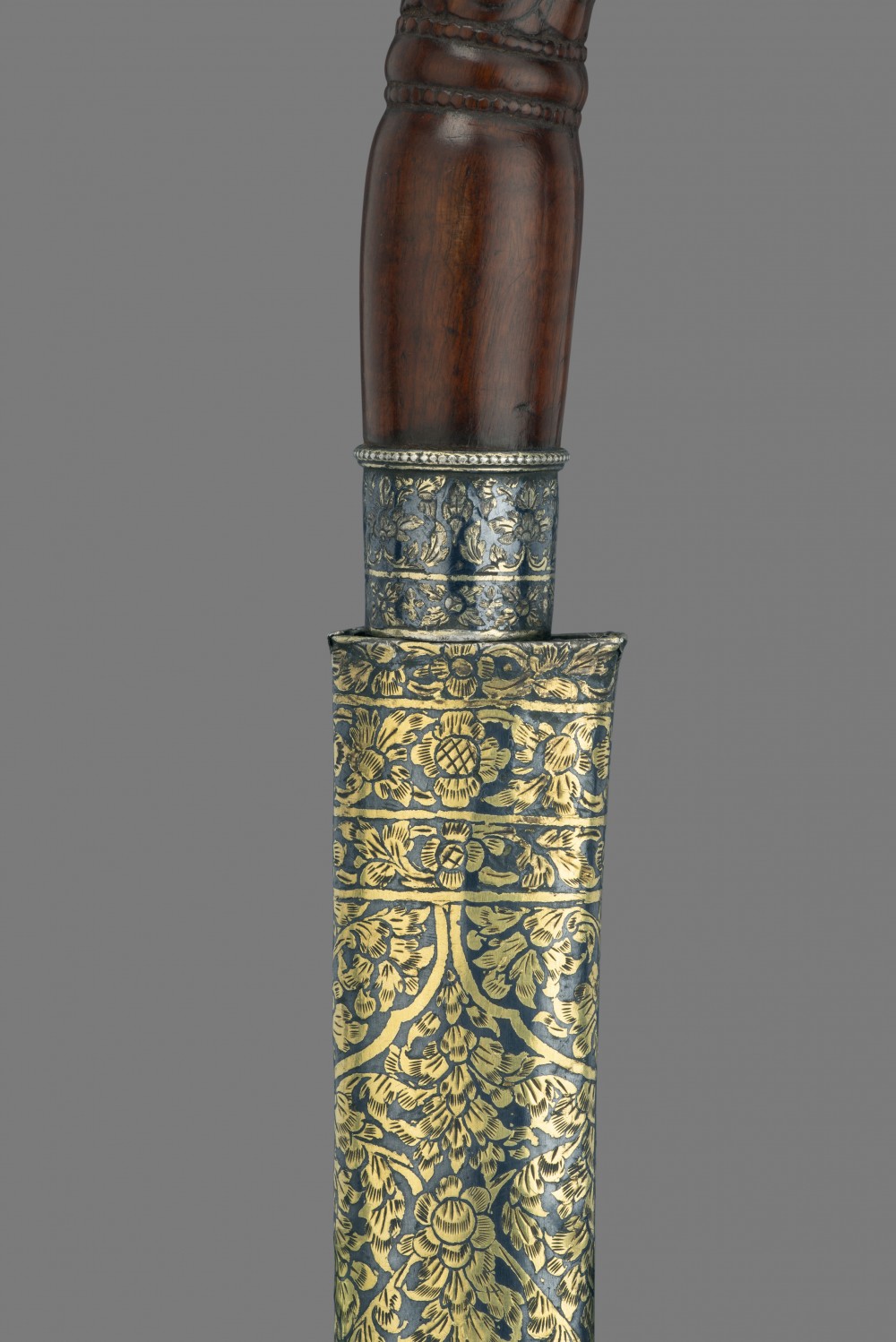 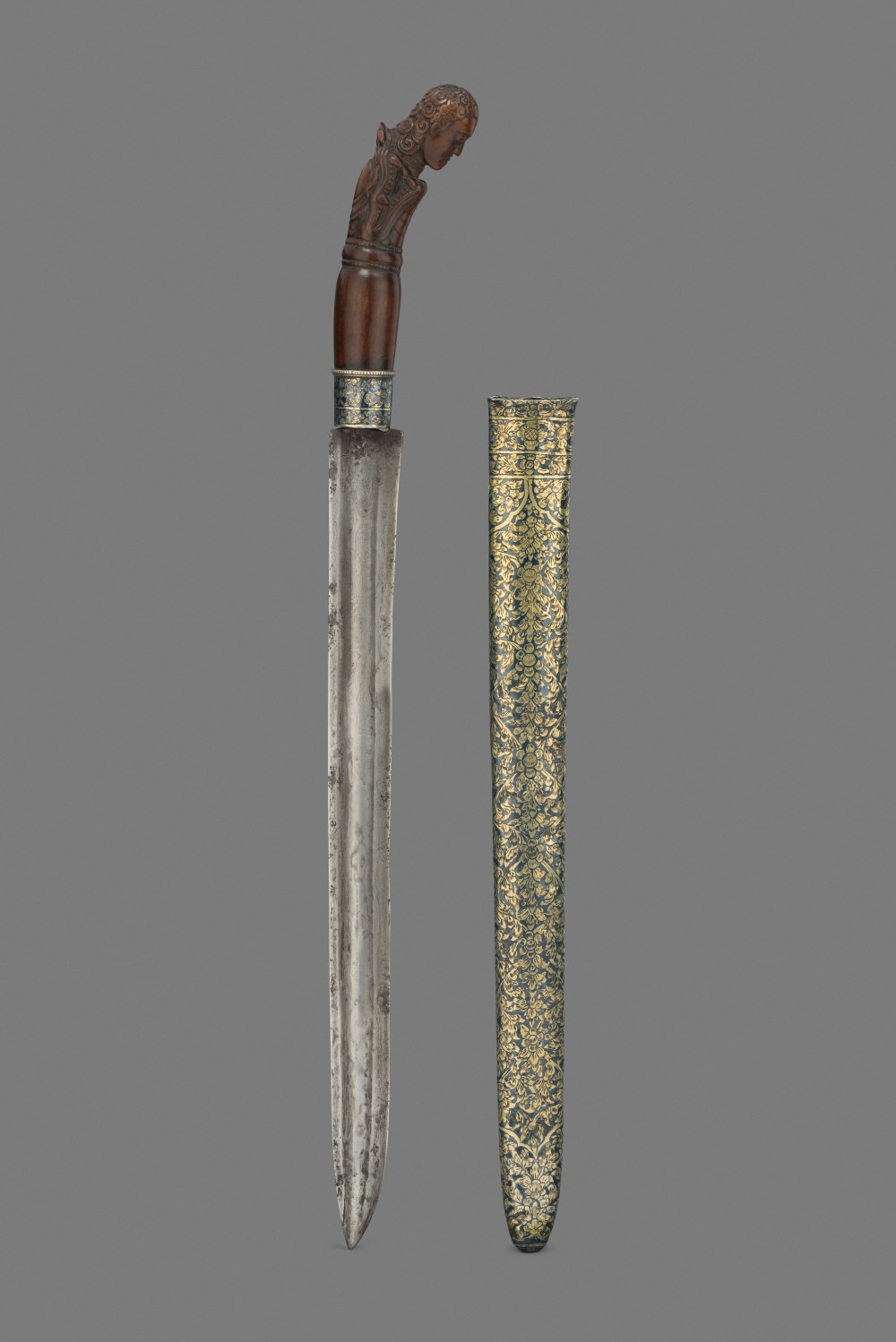 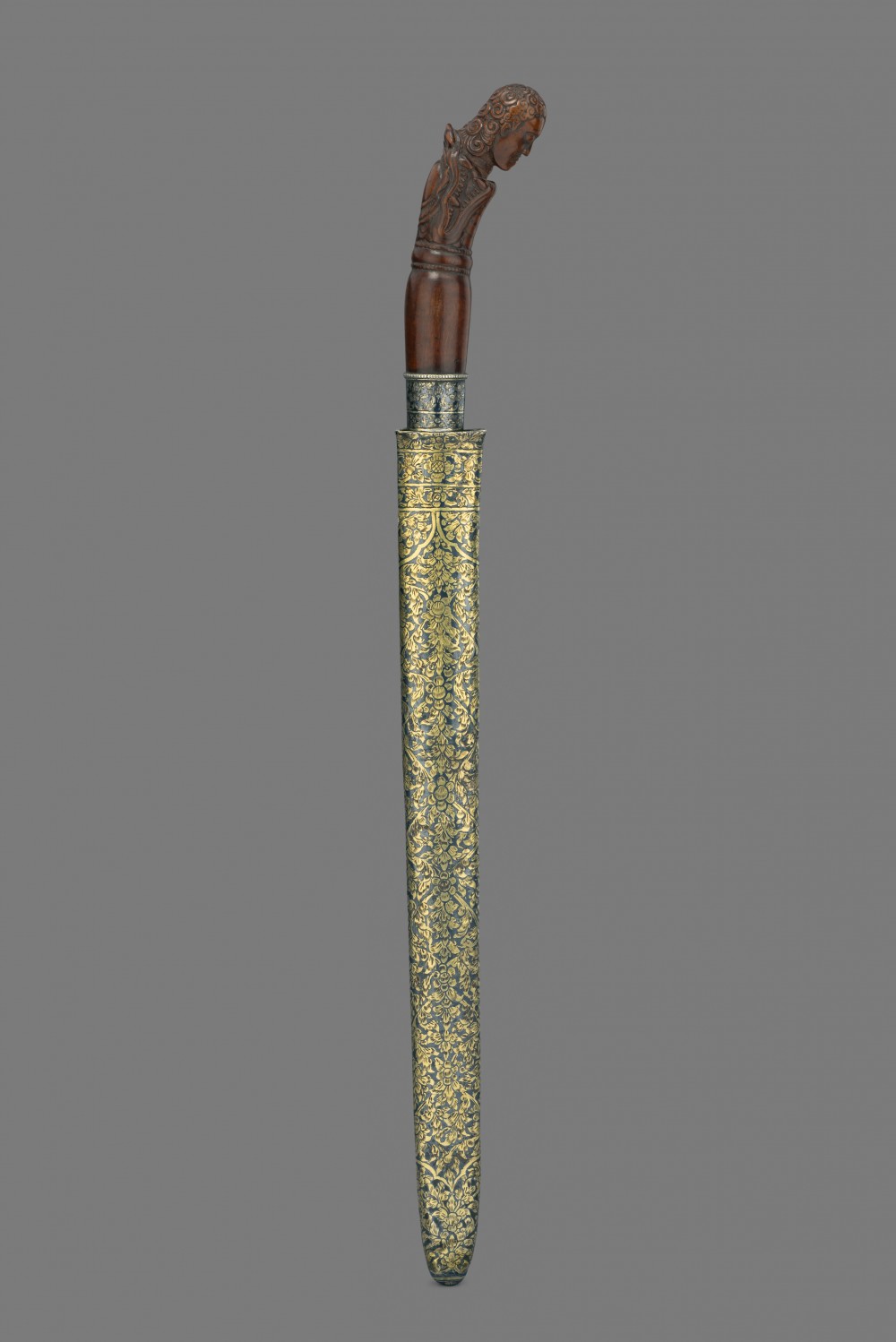 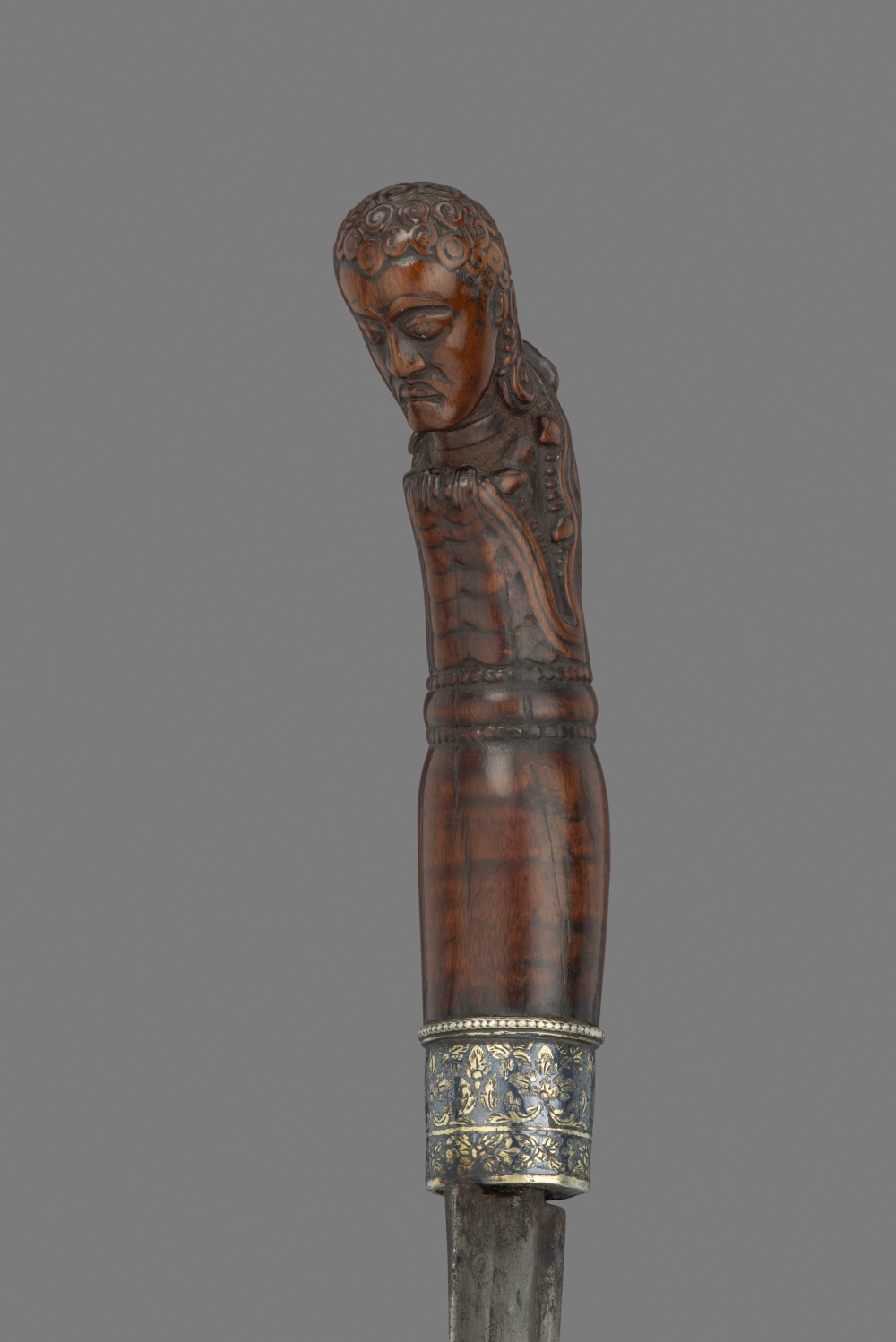 The blade of this royal quality weapon is straight and single edged, of pattern welded iron and steel, with a flat back and two fullers running the full length. The hilt is of carved horn, in the form of a makara swallowing or regurgitating a man with long, curly hair, perhaps intended to represent a European. The ferrule is of silver, decorated with bands of scrolling foliage on a niello black ground. The scabbard is decorated to match, with a wooden liner encased in a silver cover decorated with bands and geometrical panels of flowers and foliage on a niello ground, the flowers and leaves enhanced with engraving. Compare the decoration of a group of staff weapons, a spear, fork and trident, whose ferrules and scabbards have exactly the same decoration, in the Royal Collection, RCIN 71691–3 (NC 1842, 45 and 46), on loan to the Royal Armouries.  These appear in a photograph of the North Corridor displays taken about 1870. Runjeet Singh identified the subject of the carved hilt as Sir John Bowring (1792–1872), governor of Hong Kong, who was involved in trade negiotiations with the King of Siam, Mongkut (1804–68), in 1854–5, to whose portraits the pommel bears a striking resemblance with his curly hair, receding brow and sharp nose. Bowring was held in high regard in Siam, and was appointed their ambassador to  the courts of Europe in 1867. Bowring brought back a substantial collection of Thai musical instruments which he presented to the British Museum in 1857, the year in which he published his detailed account of his mission to Siam.