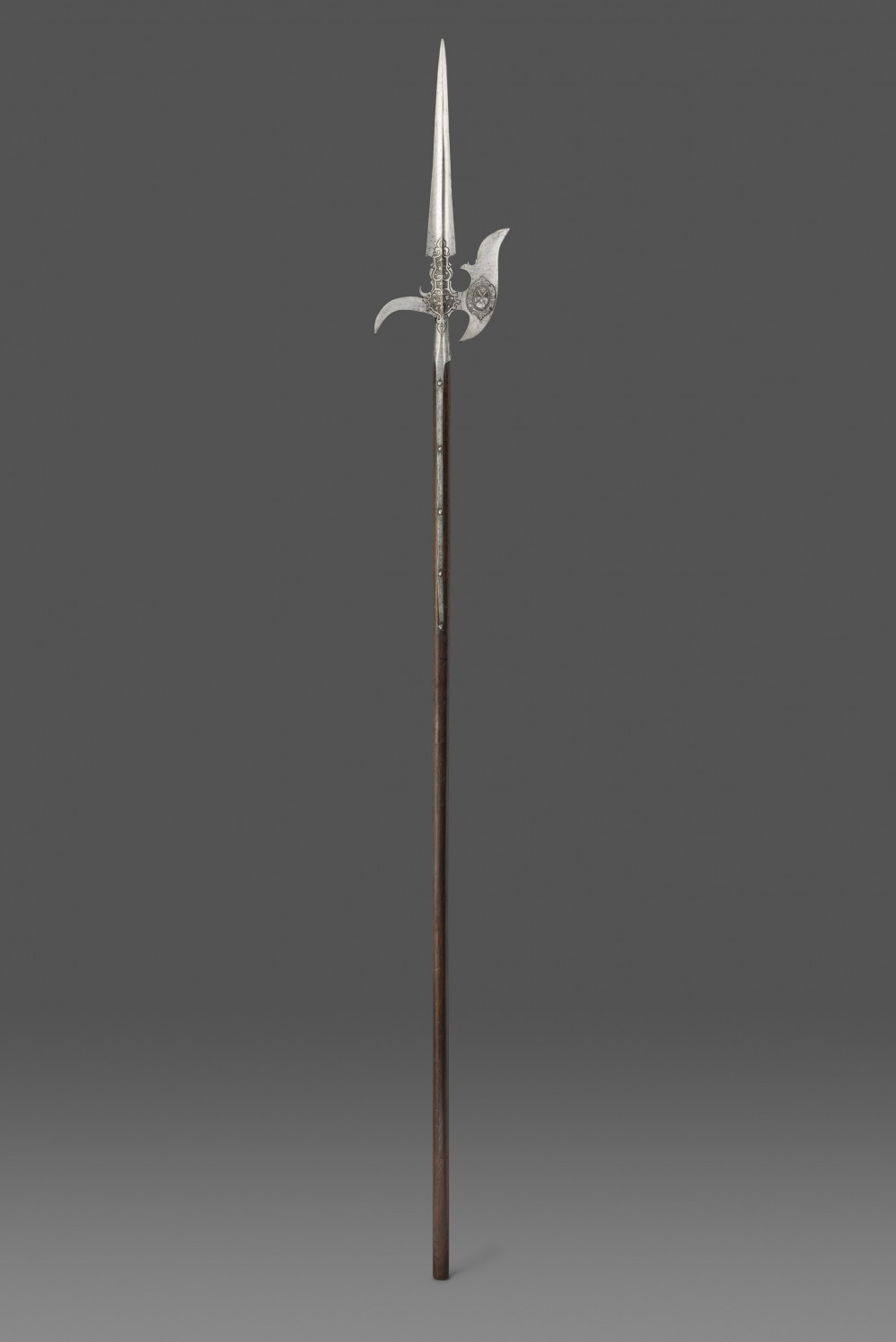 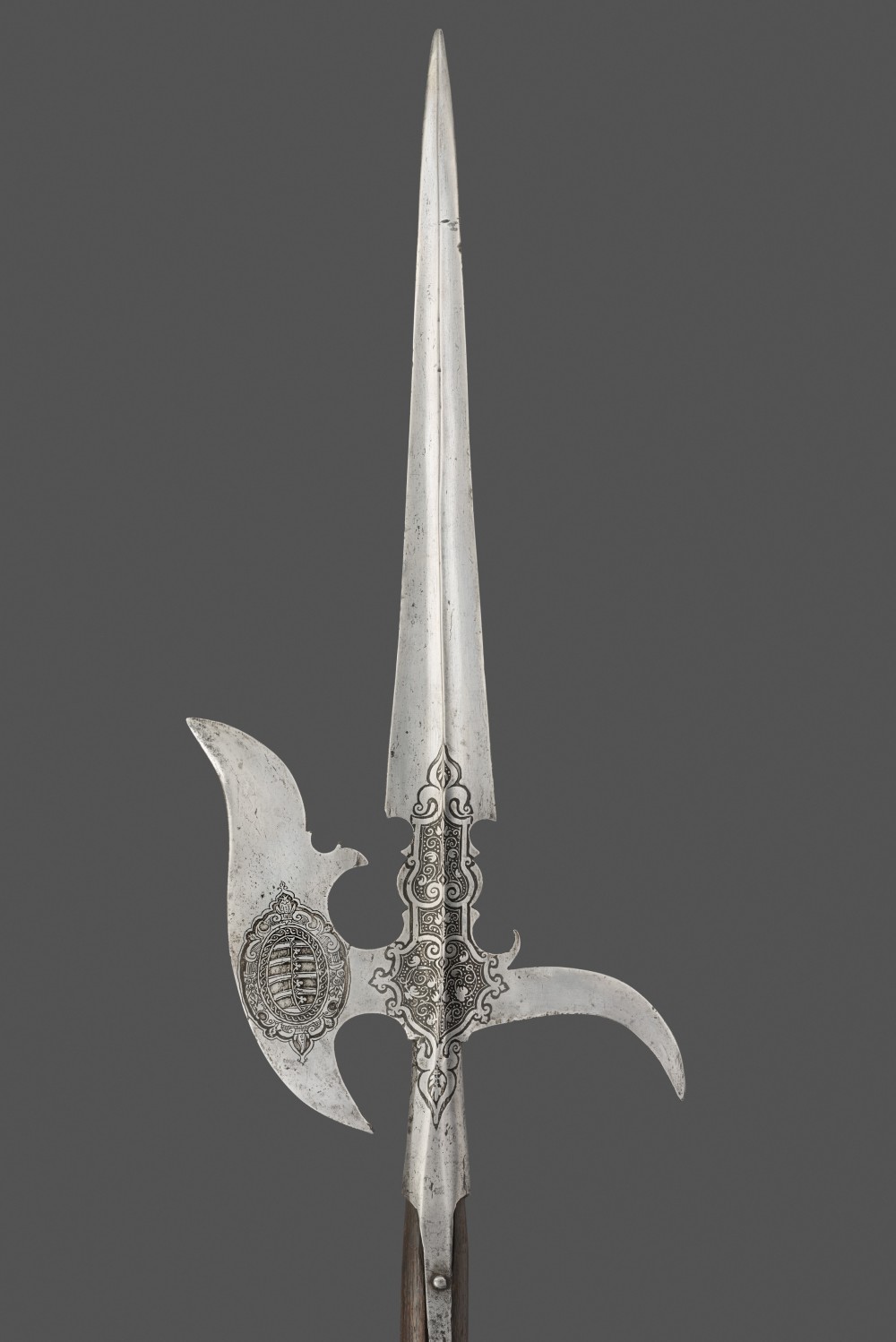 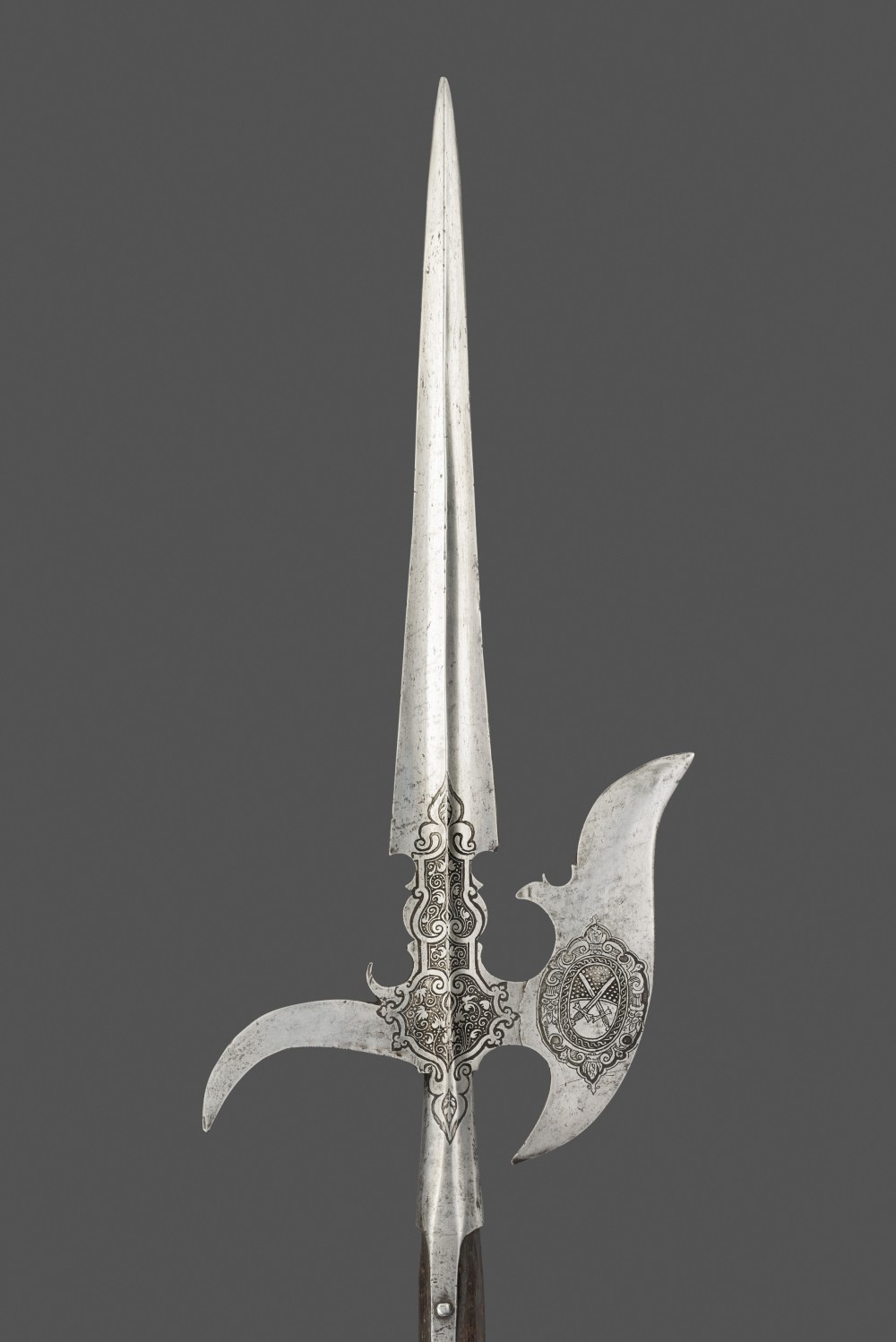 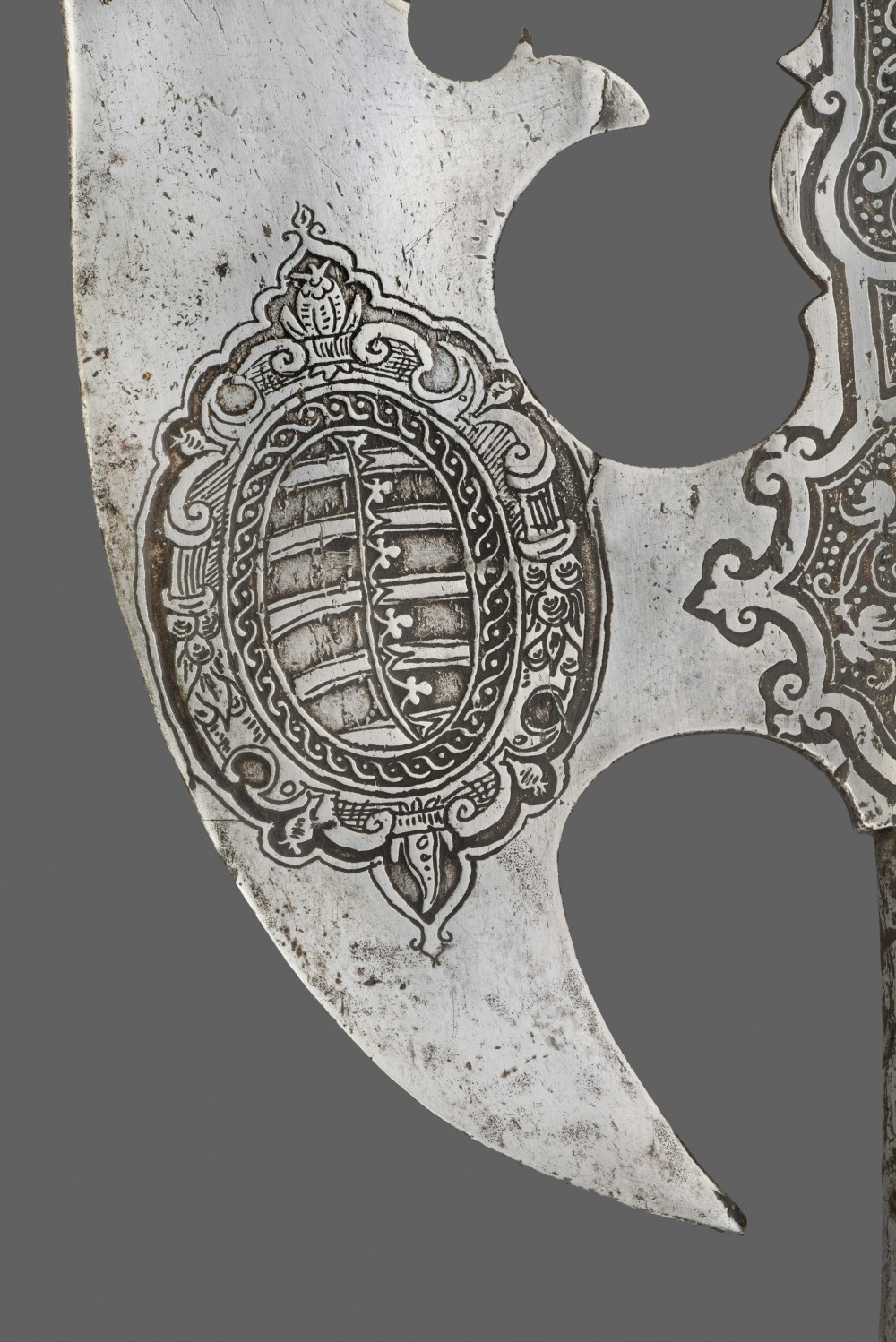 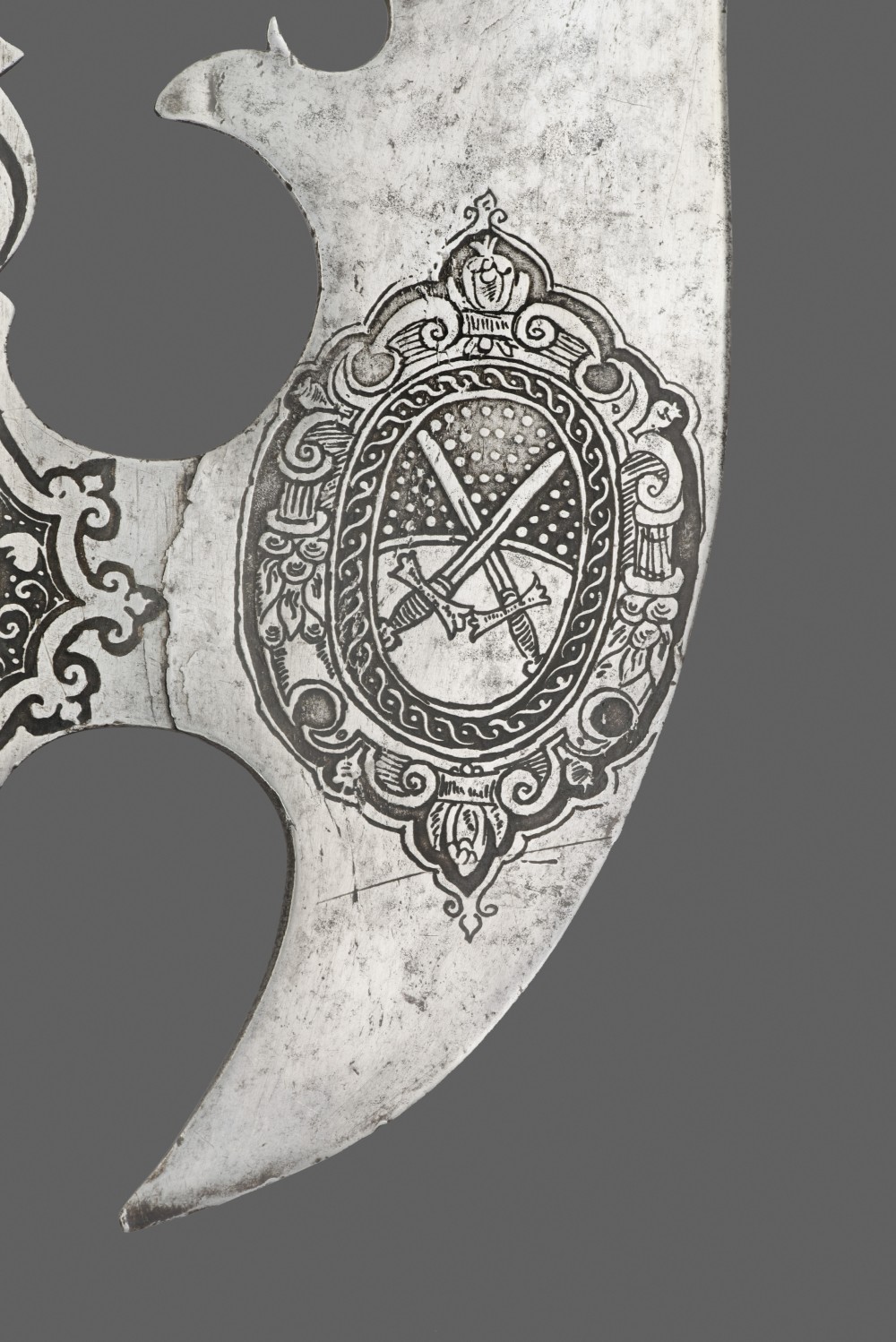 Successive differing series of etched halberds were carried by the resplendent black and gold uniformed elite guards of the Saxon Electors, from the mid-16th century, throughout the 17th century and beyond. In keeping with those other Saxon state halberds made from the 1580’s onward, the present example has etched on the sides of its head, respectively, the arms of the Dukes of Saxony and those of the Hereditary Archmarshalship of the Holy Roman Empire. An identical example is in the Rüstkammer of the Staat Kunstsammlungen in Dresden (Inv. Nr. S 21), ascribed to the guard of the Elector Christian II.