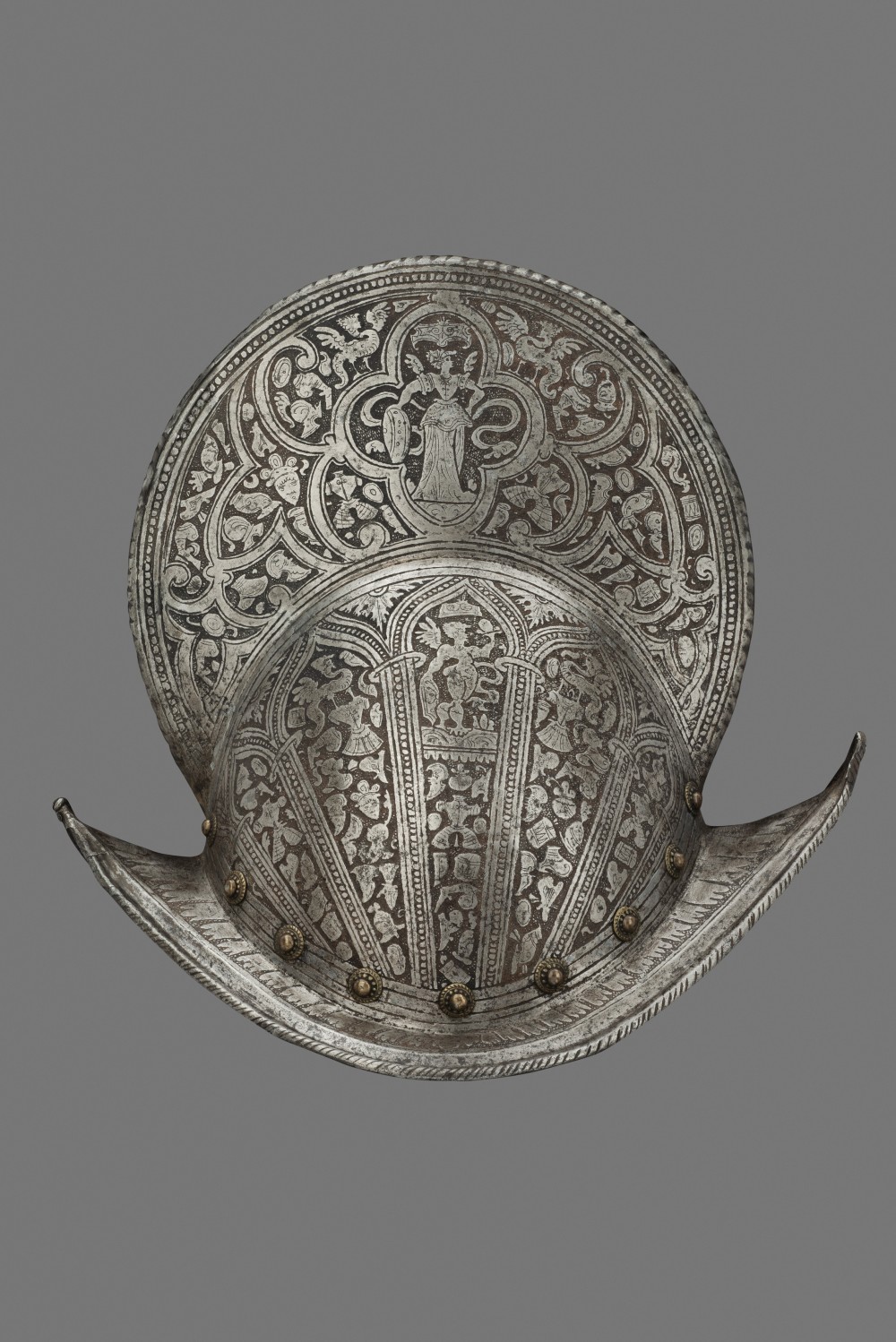 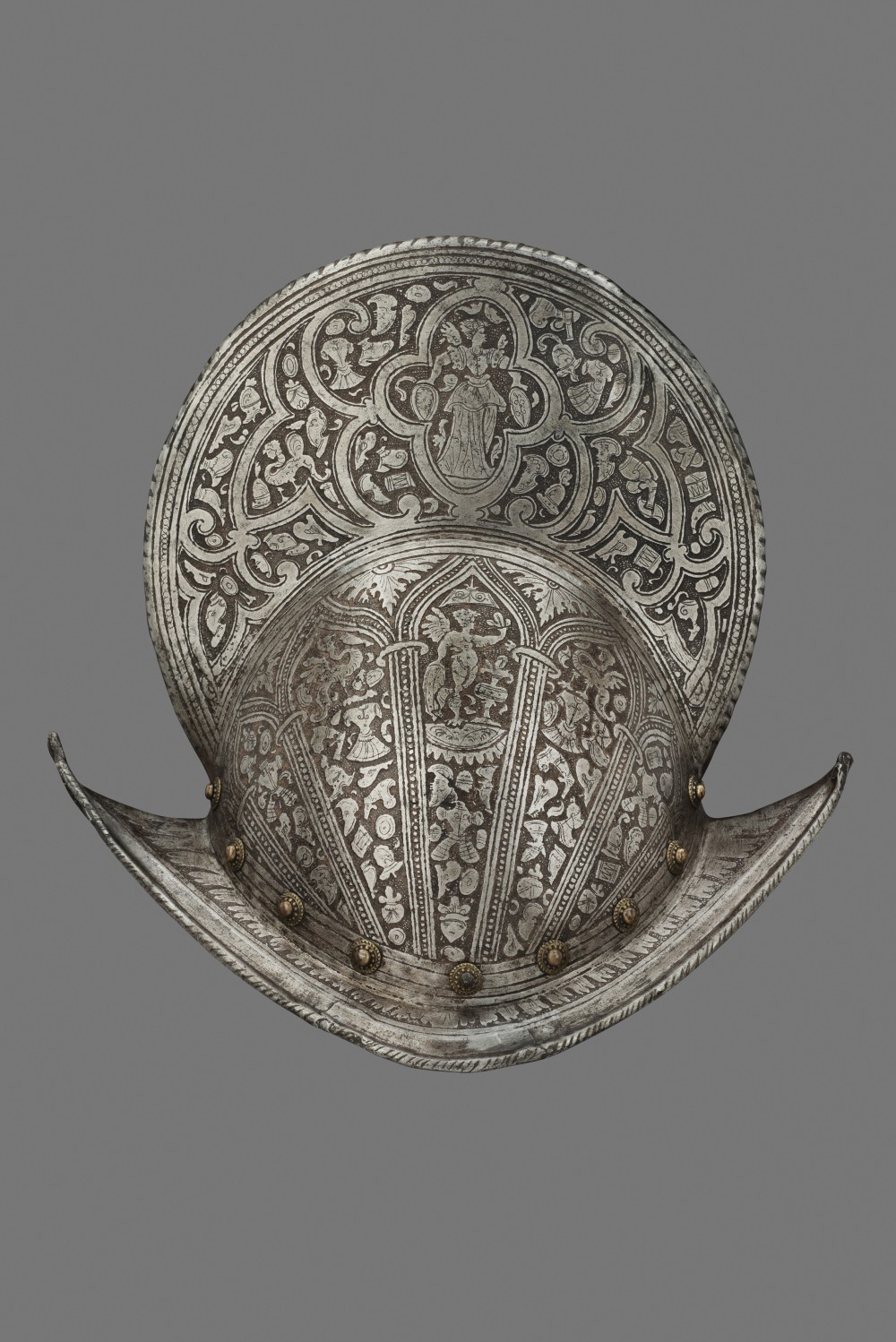 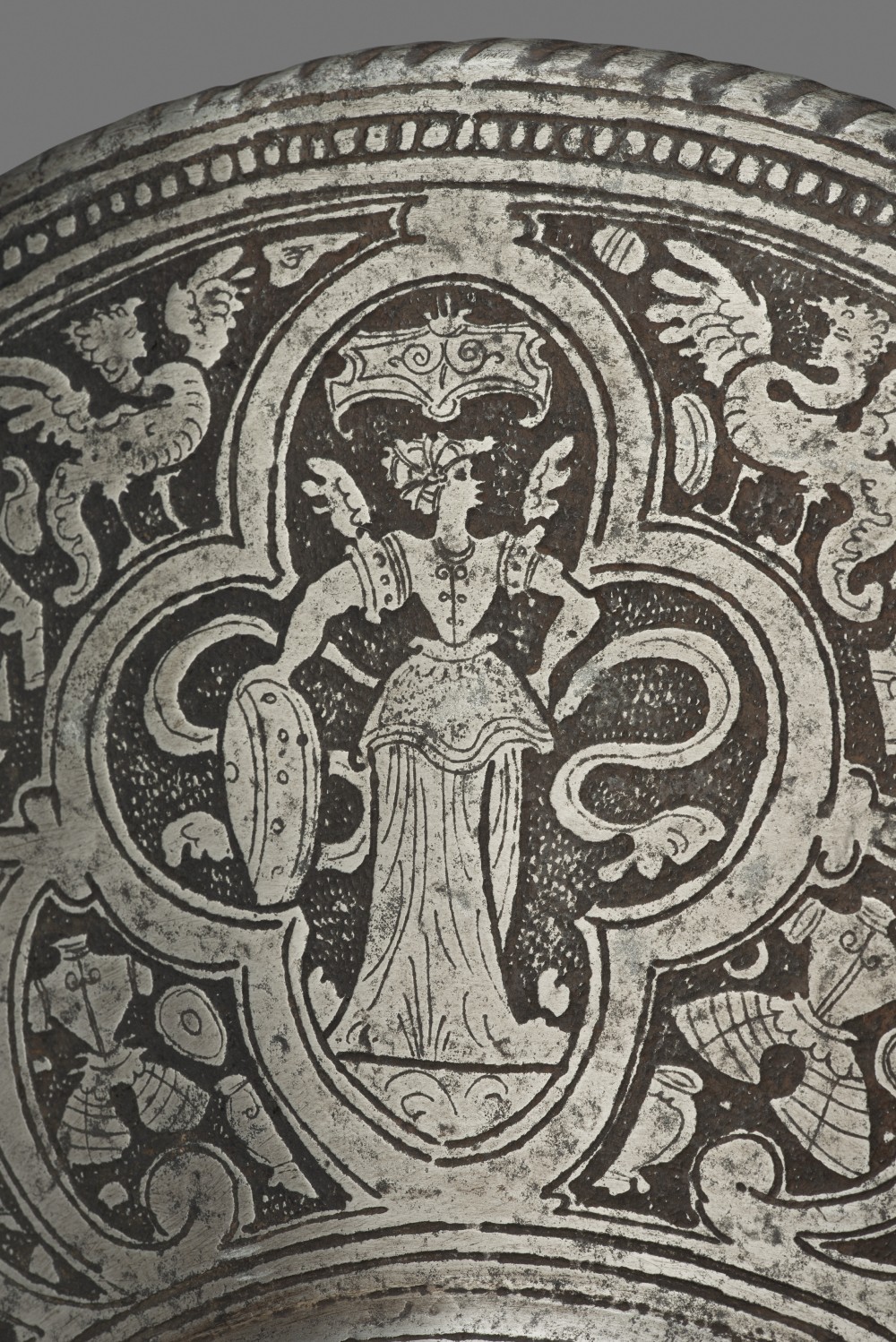 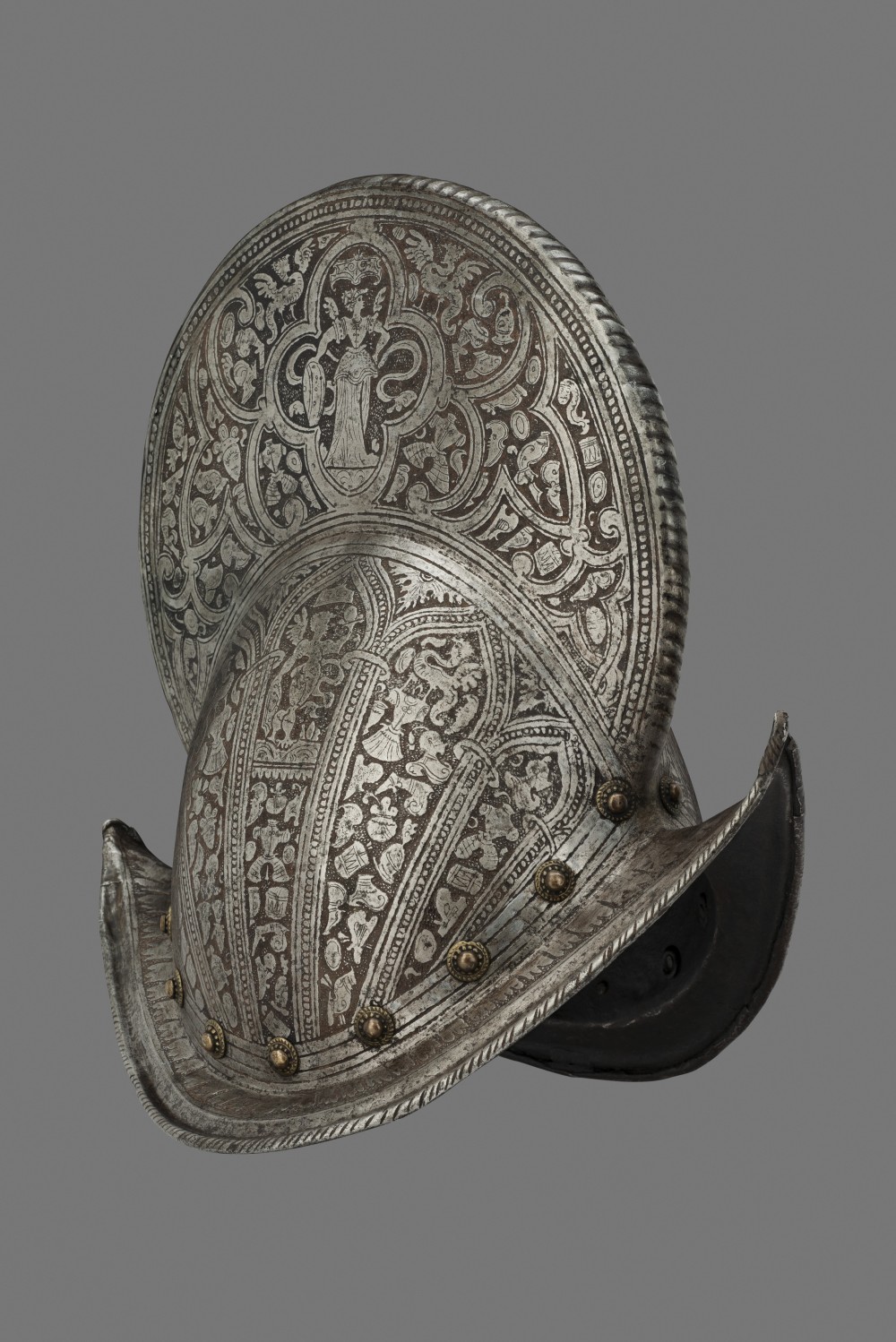 The great height to which the narrow comb of this helmet has been drawn-up from the skull, the entire construction beaten from a single flat sheet of steel, is exceptional among even the finest Brescian and Milanese work of the period. The resulting majestic proportions of the helmet as a whole instil a sense of awe in the observer, today and doubtless in the late 16th century also. This quite naturally was the precise intention of both the armourer and the wealthy man for whom the helmet was made, as the crowning achievement of his armour (corsaletto da piede) etched in a matching pattern.

The entire outer surface of this helmet is etched in the characteristic Lombard fashion. While typically based on a structure of linear bands radiating from the base of the skull, in this instance these are markedly distinguished as six architectural beaded pillars joined by ogival arches over the top. The spaces between are filled with various trophies of armour, martial drums, and shields formed as small grotesque masks. The figure of a classical Roman deity stands beneath the central arch and thecorresponding spaces are occupied by a pair of monstrous Basilisks within the flanking trophy field.

The expanded space provided by the height of the comb centres on a large quatrefoil cartouche enclosing the figure of Minerva, the classical Roman Goddess of Victory and Wisdom. The central cartouche is in turn supported symmetrically by designs of curvilinear riband-work, the spaces between again filled with trophies, masks and surmounted by a larger pair of Basilisks, with clearly female human heads. These last motifs, viewed in the context of the symmetrical etched plan as a whole, are perhaps inspired by a series of engraved prints for symmetrical grotesque ornament after Raphael, by the engraver Veneziano, active in Rome and Florence 1516-36 (Metropolitan Museum of Art, 24.10.15).

The striking form of this helmet is completed by its narrow brim, swept upwards sharply at both ends to form acute points. The base of the skull is encircled by a row of rivets on decorative rosette washers for attaching a lining-band on the inside.

While etching of comparable graphic quality is found on a number of Milanese and Brescian morions of the late 16th century, for the greater part in institutional collections, very few share the strongly accentuated proportions of the present example, a development this Italian style of morion indicative of thevery end of 16th century.

Comparison in this respect can be made with two north Italian comb morions in the Wallace Collection, London (A131, A132). In the instance of A132, the use of an architectural element within the etched design on theskull is comparable in its character with the corresponding feature on the present morion. Similarly, the character of the etched ribband-work over thecomb of A132 further invites the suggestion of a Brescian workshop in common.