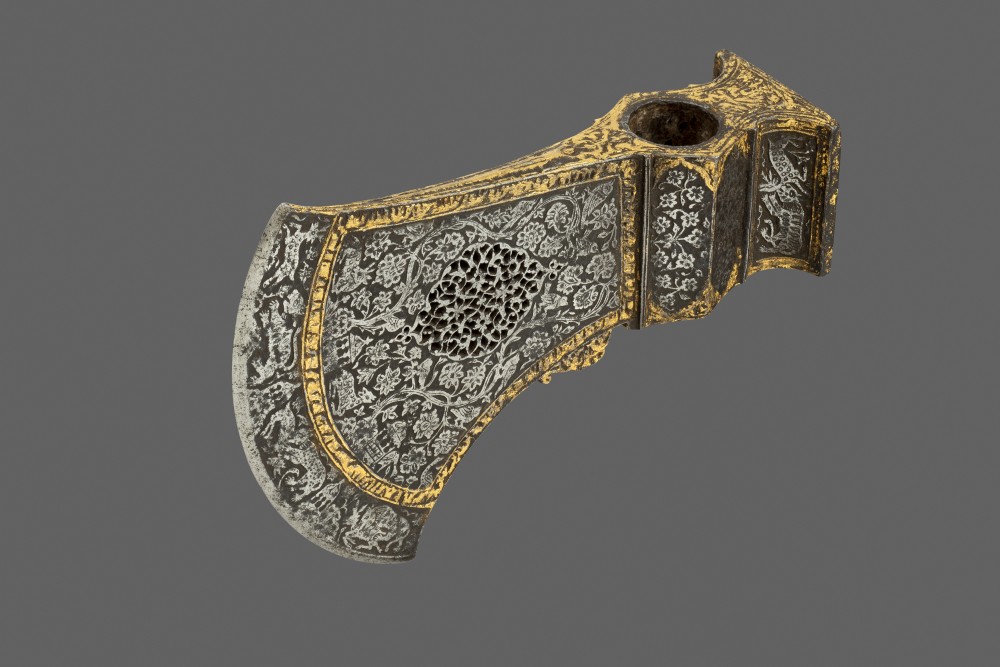 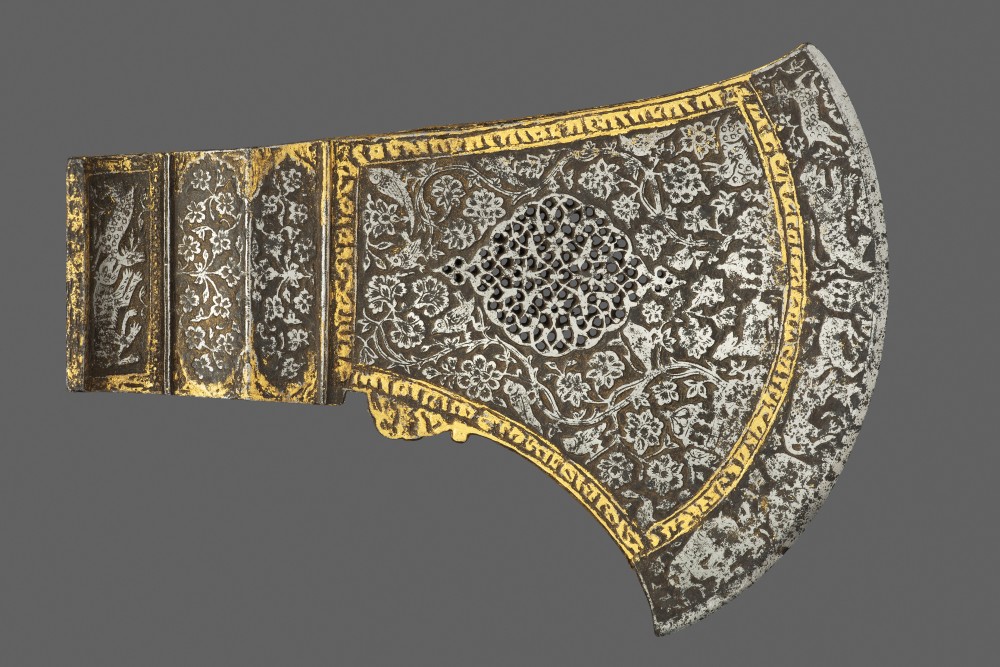 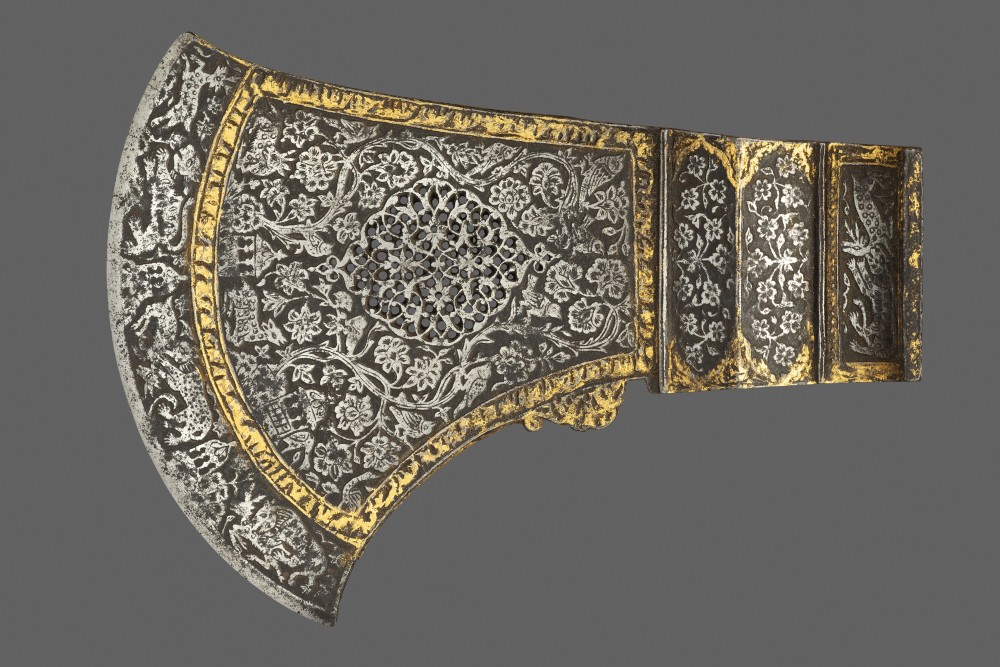 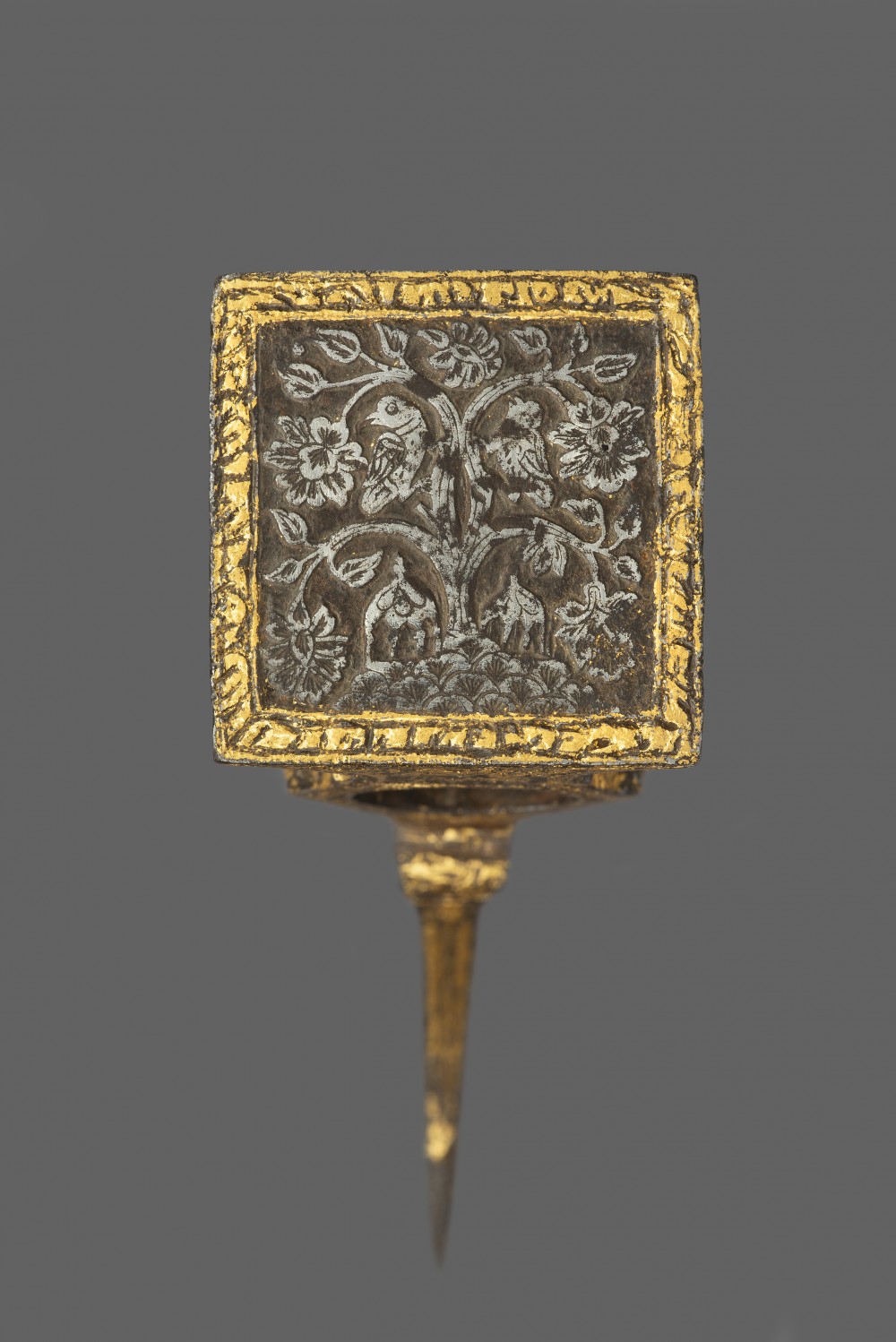 The saddle-axe, so called because it was strapped to the rim of the saddle rather than carried by the warrior or suspended from his belt, was a single-handed axe used by Turkish and Mongol cavalry from the medieval to the modern period. The head alone survives and would originally have been fitted to a short haft of wood or iron. The axe blade is slightly bearded, with a faceted section for the haft and a square, flat back. The lower edge has a scalloped extension, forming a flower bud. The blade is finely fretted with a cusped and scalloped arabesque medallion, the remainder chiselled with flowering trees inhabited by birds and animals, with a geometrical border in gold koftgari. The edge is populated by a series of lions hunting deer; the faceted section for the haft is chiselled with floral scrolls, and the sides of the hammer back are chiselled with lions devouring deer. The square back is chiselled with a tree on which quizzical birds perch. The top and bottom are similarly chiselled and heavily gilt. The axe head is in the style of the famous early eighteenth century maker Lotf ‘Ali, one of whose axes, dated 1739/40, is now in the David Collection,Copenhagen.