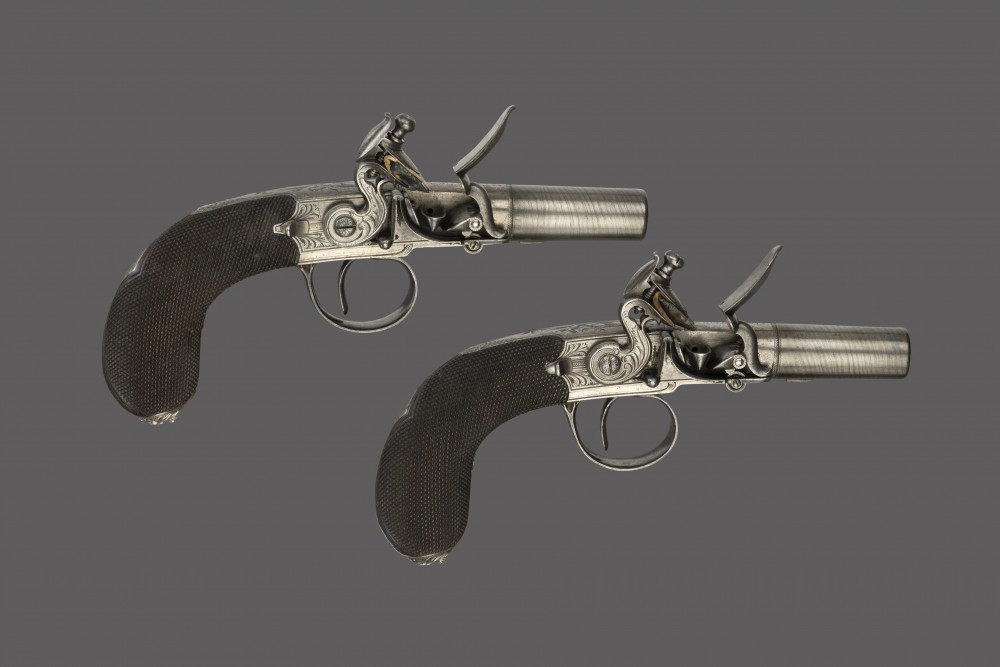 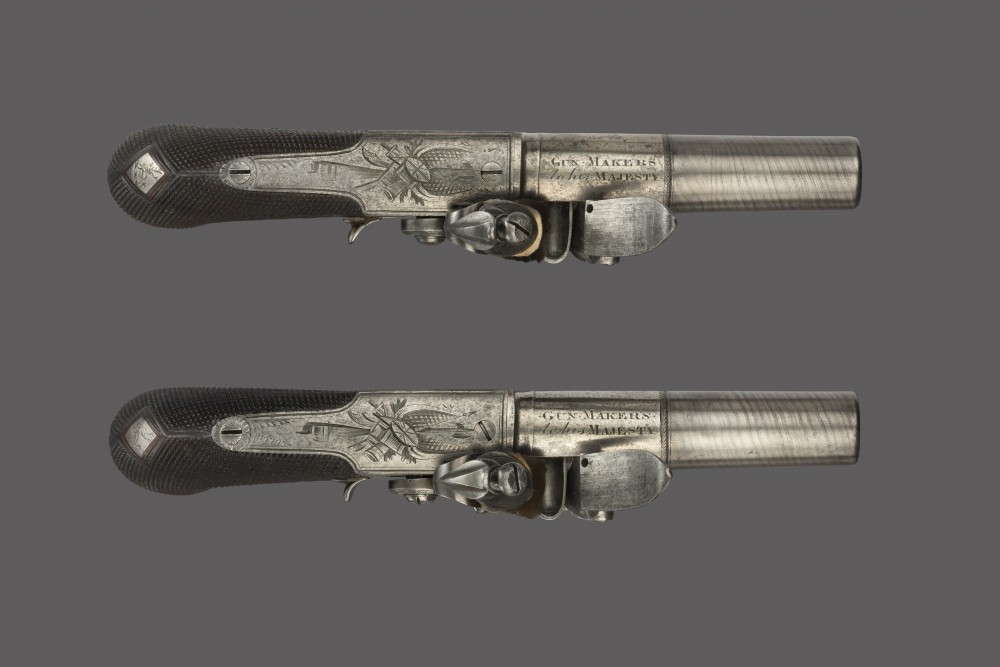 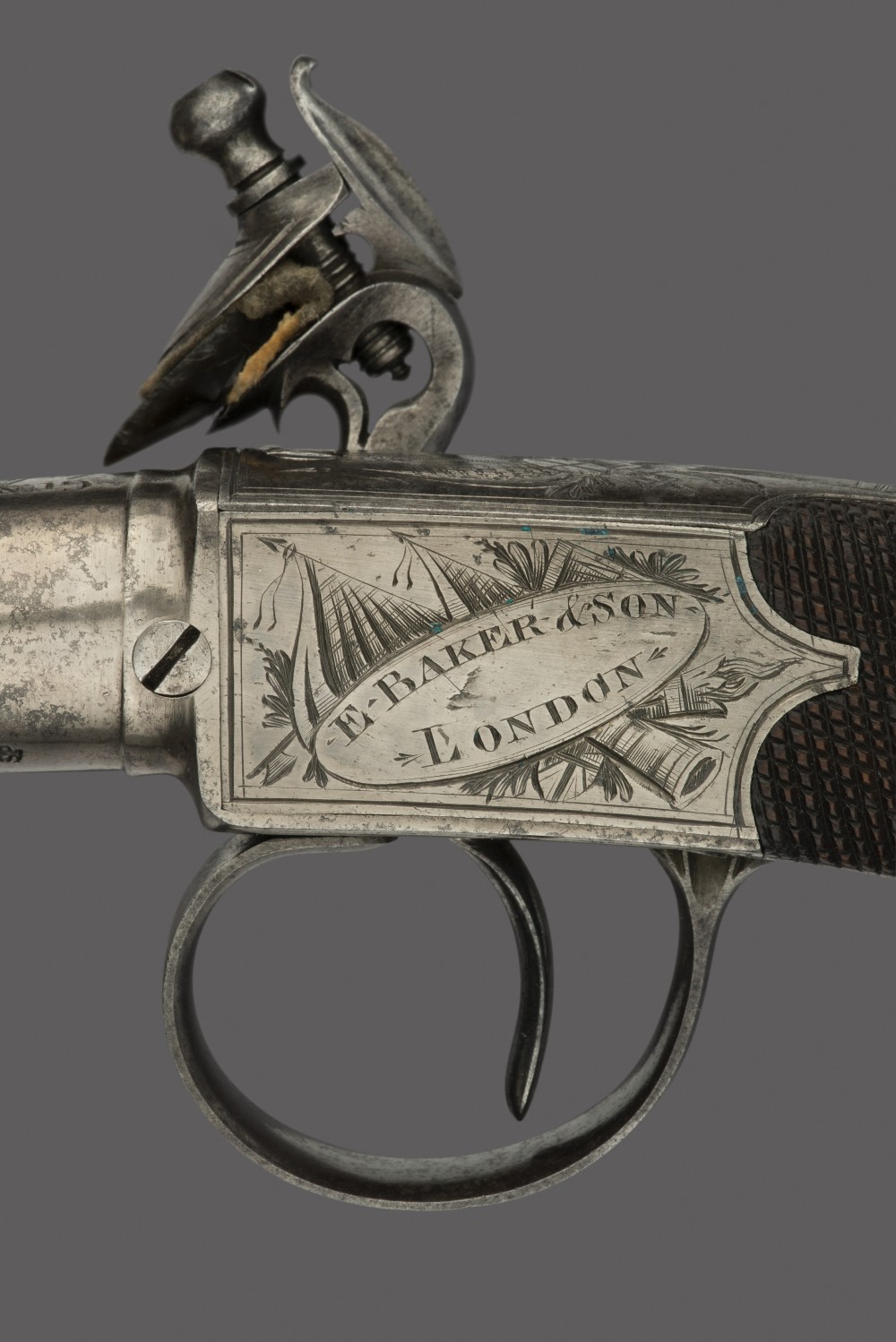 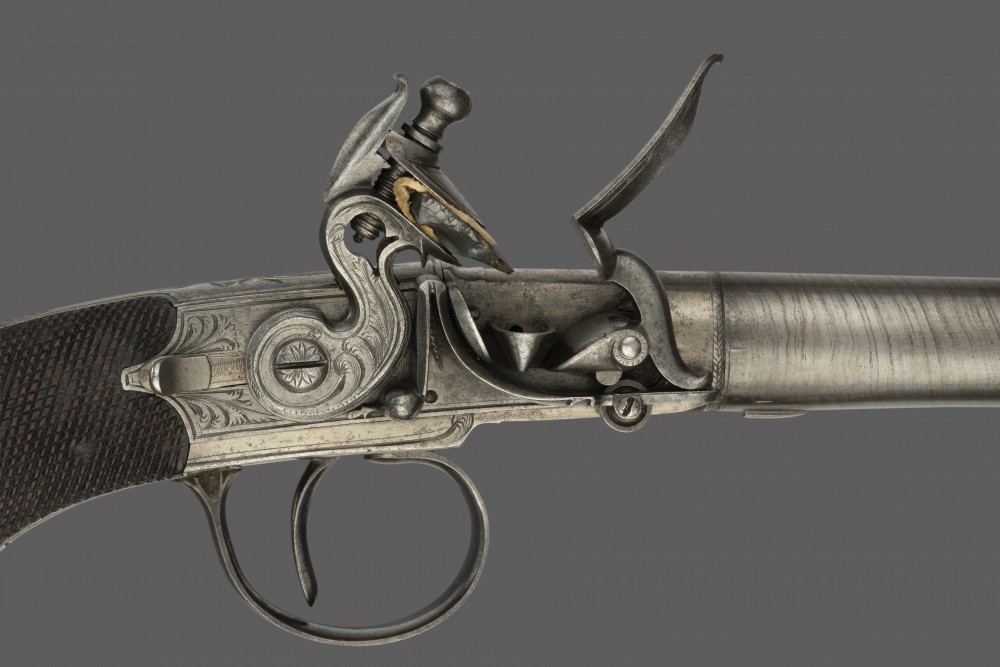 Ezekiel Baker (1758-1836) began his career as a gunmaker in 1785, apprenticed to Henry Nock, a renowned London maker and for whom Baker continued as a workman.

Subsequently working in London on his own account, Baker is first recorded as a gun barrel maker in 1789-90, before setting up as a gunmaker with premises at No. 23 Little Allie Street for the period 1791-1804. From this location Baker developed his eponymous rifle, which was adopted by the British army in 1800. It is from his technically innovative and highly acclaimedrifle that Ezekiel Baker achieved commercial success, royal patronage and his lasting reputation; a variation of the original design remained in production beyond the Napoleonic Wars and as late as 1837-9.

In 1804 Baker moved to No. 24 Whitechapel Road, where he remained until 1824 and where he also established his own proof house, at the back of these premises in Size Yard. Said to have been “an individual of some character” Baker was personally dis-satisfied by the standards of proving barrels as set by the Worshipful Company of Gunmakers; as a consequence, Baker submitted his clients’ firearms to his own special ‘Fire, Water and Target’ proof at his private proof house. The surviving barrels were struckwith Baker’s own proof marks ‘SP’ (for ‘special’) and ‘GPR’, but in conjunction with the marks of the Gunmakers’ Company, a practice clearly exemplified on the breeches of the present pair of pocket pistols.

Baker’s second proof mark ‘GPR’ was the abbreviation of ‘George, PrinceRegent’ and is additionally surmounted by the Prince of Wales’ feathers. The mark was designed naturally in honour of his most distinguished patron, thePrince Regent, in or about 1811, the year in which he had succeeded to thattitle. Having gained the attention and approval of His Royal Highness through the success of his military rifle, Baker went on to produce for him a number of finely finished firearms, many involving new refinements, and which are now in the Royal Collections at Windsor (having been removed from the armoury at Carlton House, the private residence of the Prince Regent).

Following the royal succession in 1820, Baker was appointed ‘Gunmaker-in-Ordinary’ to George IV; the appointment is reflected in the wording of Baker’s signature on the present pair of pistols. Reflected also is his partnership with his son, John Baker. The partnership had only formally commenced in 1823, but John would have been working with his father at least by 1815, his signature appearing on his father’s invoice in that year to the Prince Regent.

With the sophistication of V-shaped rainproof pans and neatly placed external springs and rollers for the steels, this pair of pistols typify thecontinued technical excellence of Baker’s workshop at the date at which the English flintlock had reached the zenith of its development. Also characteristic of this later period is the pierced form of the cocks and therefinement of the silver lions’ mask but-caps.