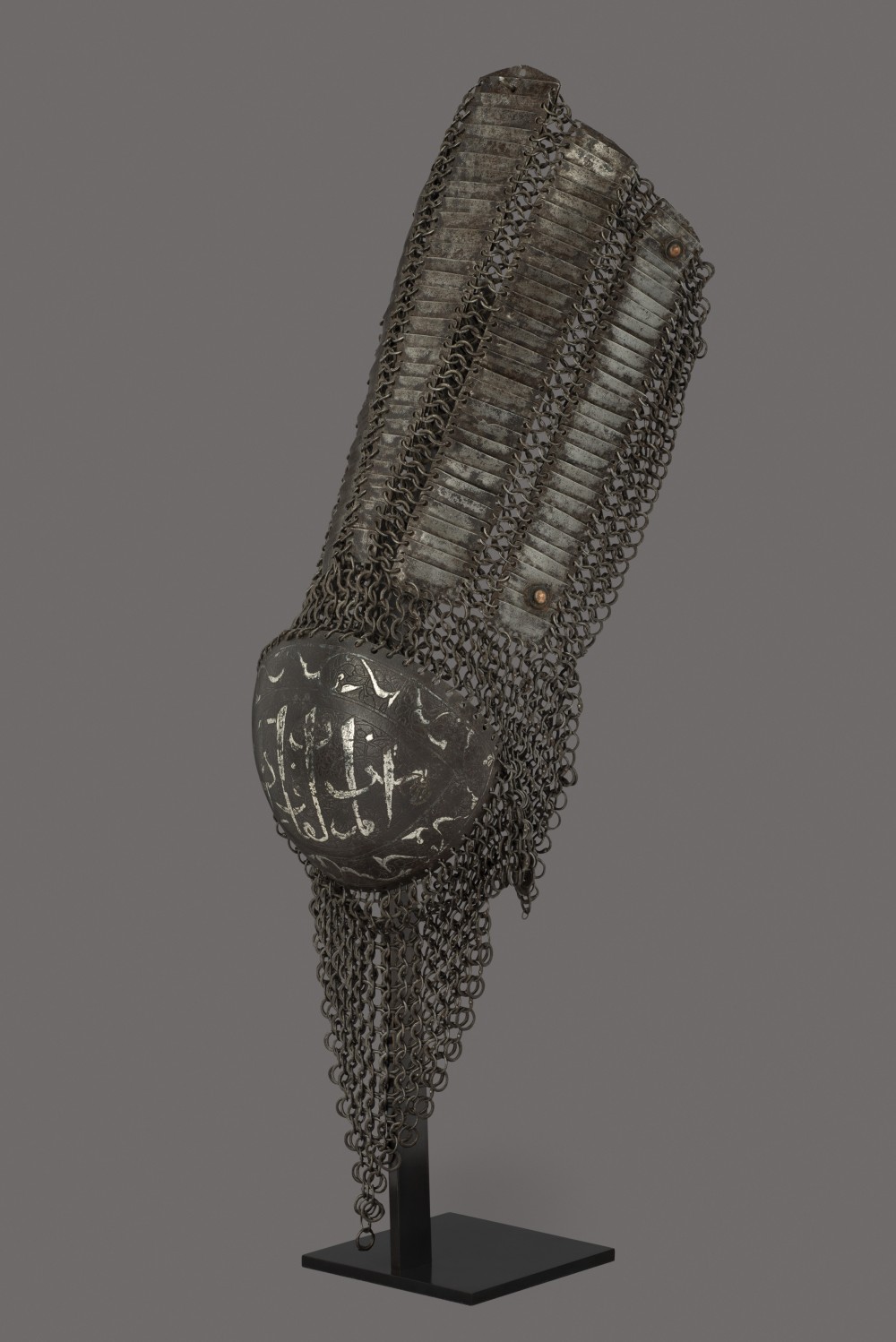 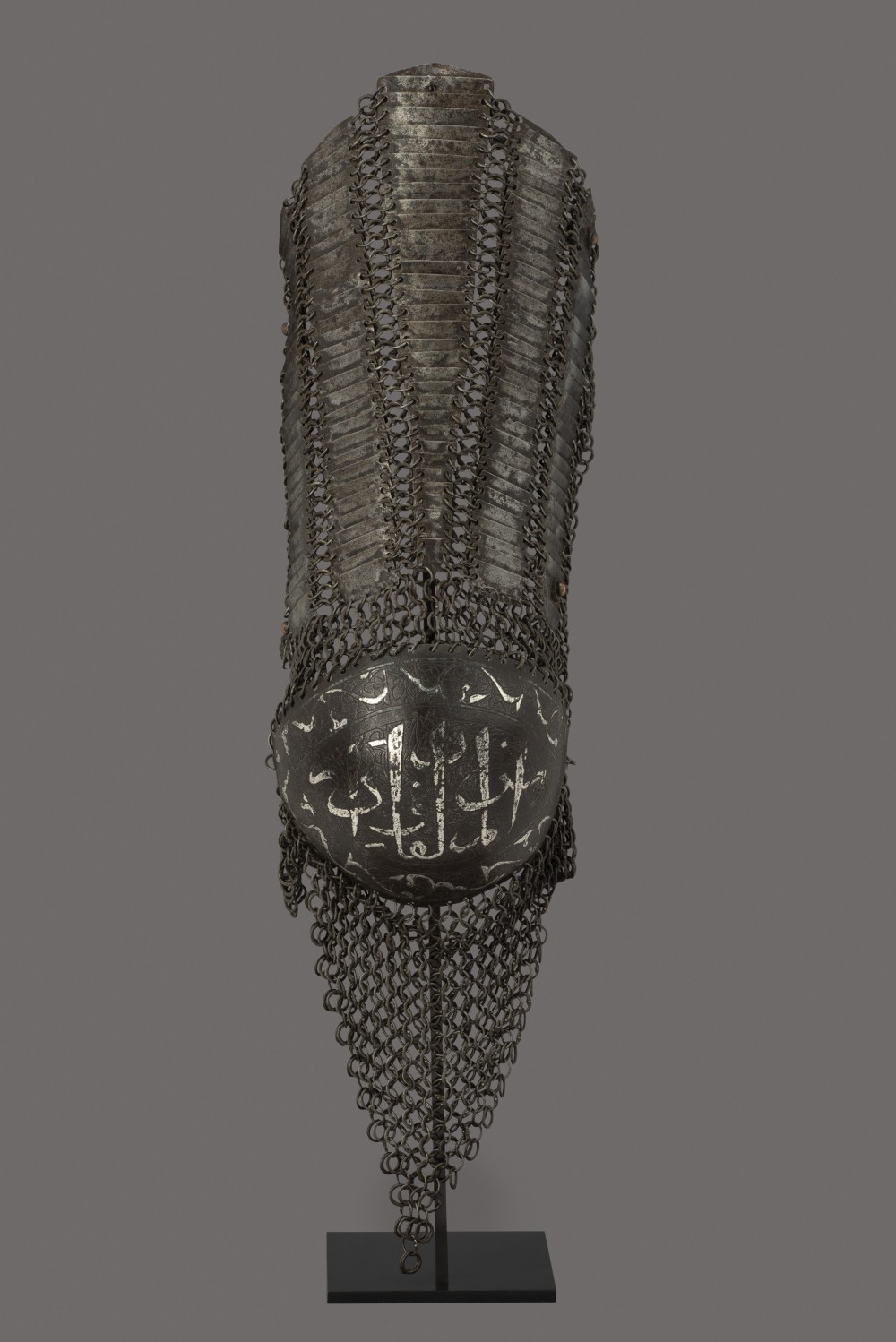 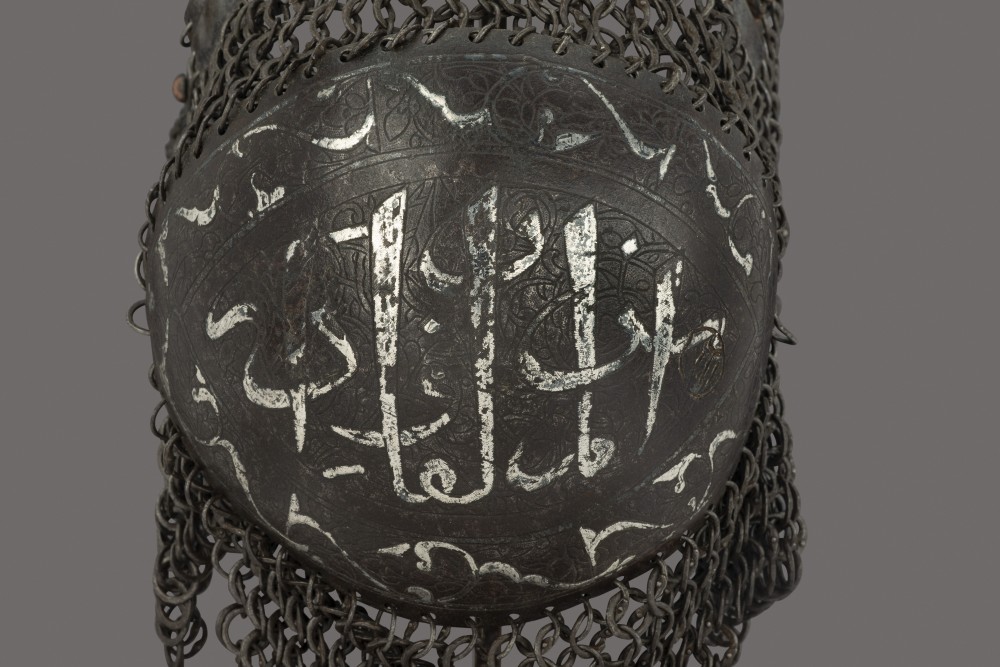 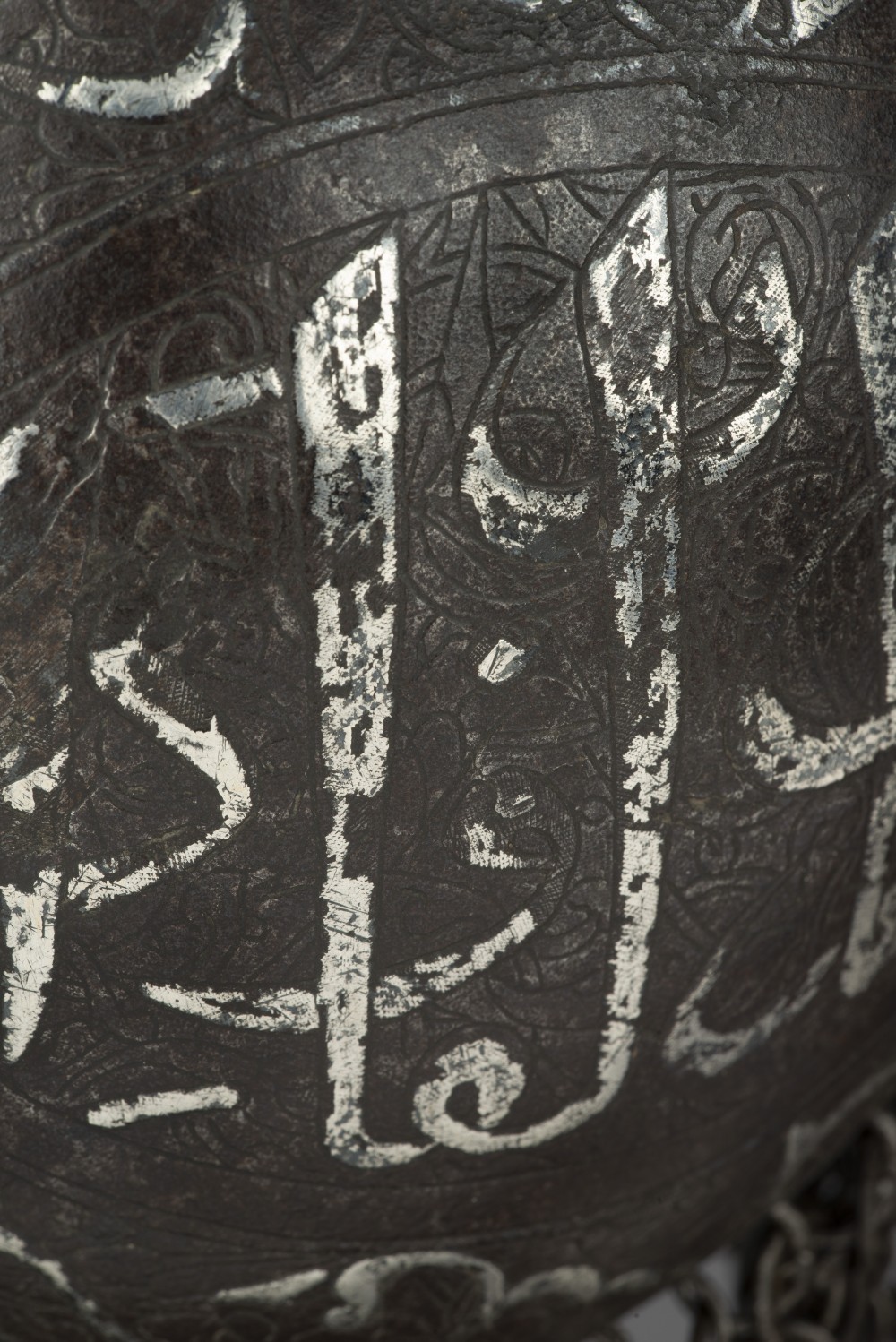 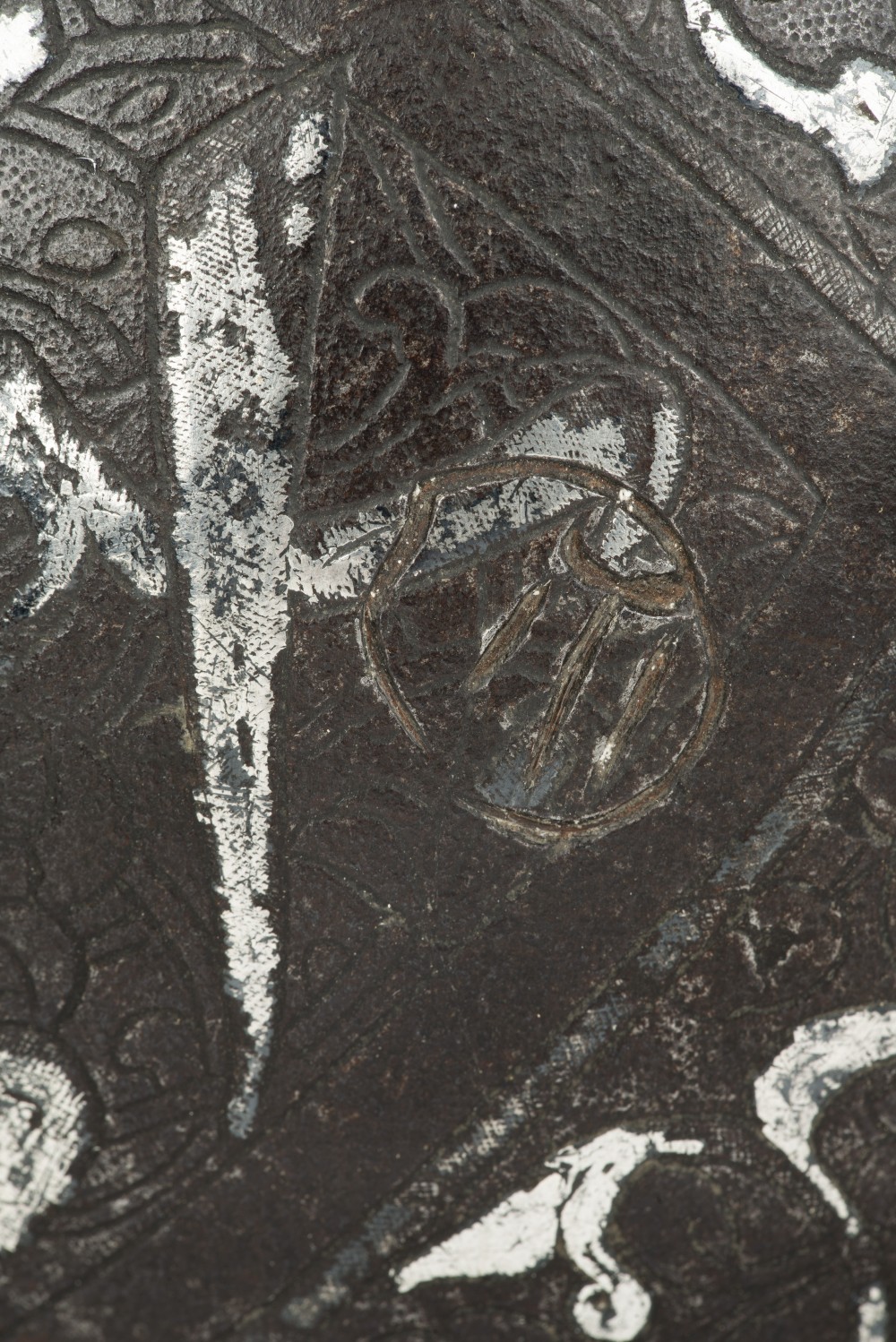 Struck with the mark of the Imperial Ottoman arsenal, in the former church of Hagia Eirene, Istanbul
Probably dispersed from the arsenal by order of Sultan Abdül Mecid I, 1839–40
Private collection, USA

This type of thigh and knee defence was used by heavy cavalrymen of the Ottoman, Timurid and ak-Koyonlu armies and the knee plate of this dizçek is stamped with the Kayi tamga mark of the Hagia Eirene arsenal, Constantinople. This former church in the walls of the Topkapi Palace housed the Imperial Ottoman armoury before its dispersal in the 19th century and conversion to a military museum.

A comparable defence is in the collection of The Metropolitan Museum of Art, New York (no. 36.25.55), which also has the Istanbul arsenal mark on a lead seal on its mail and a similar inscription.