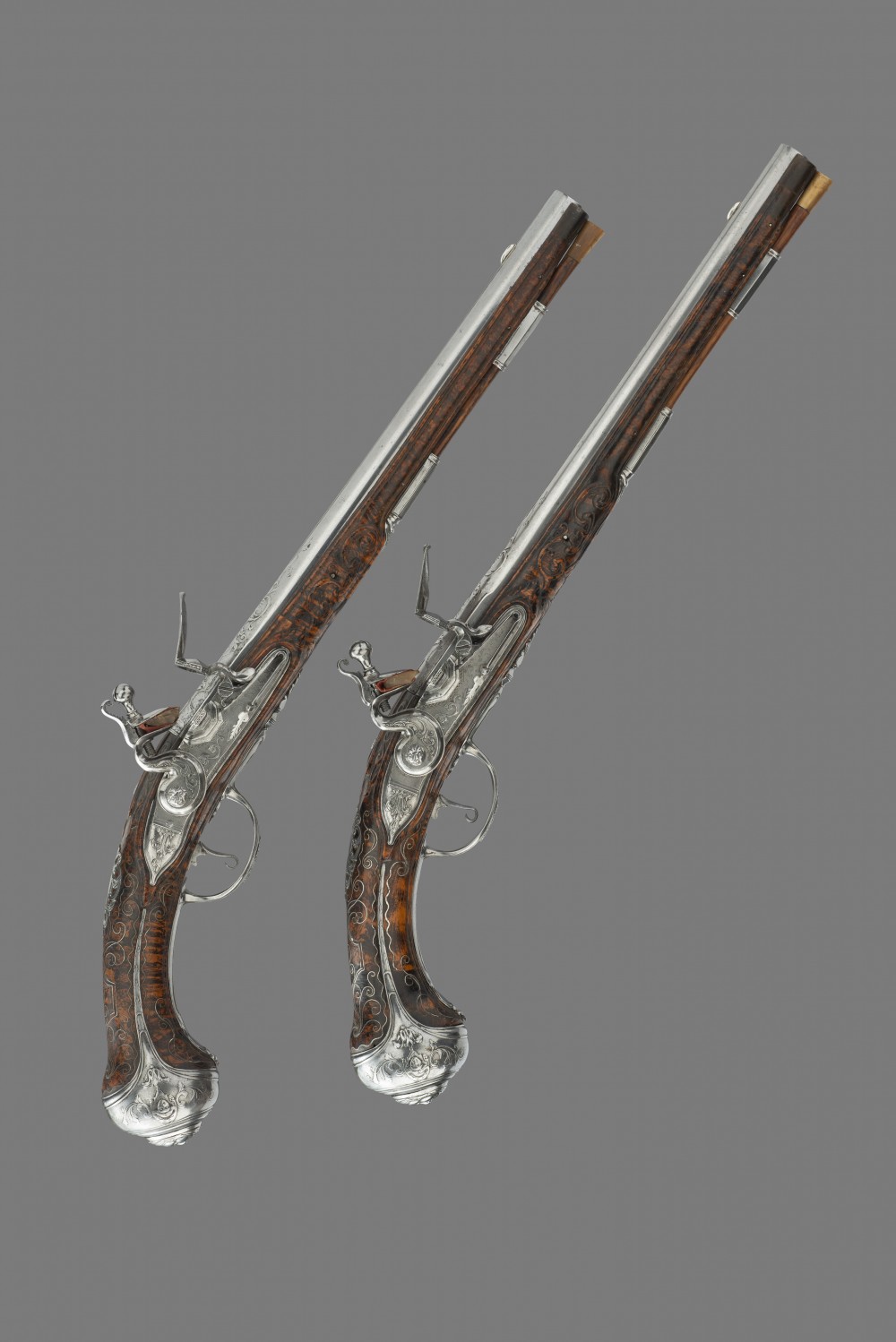 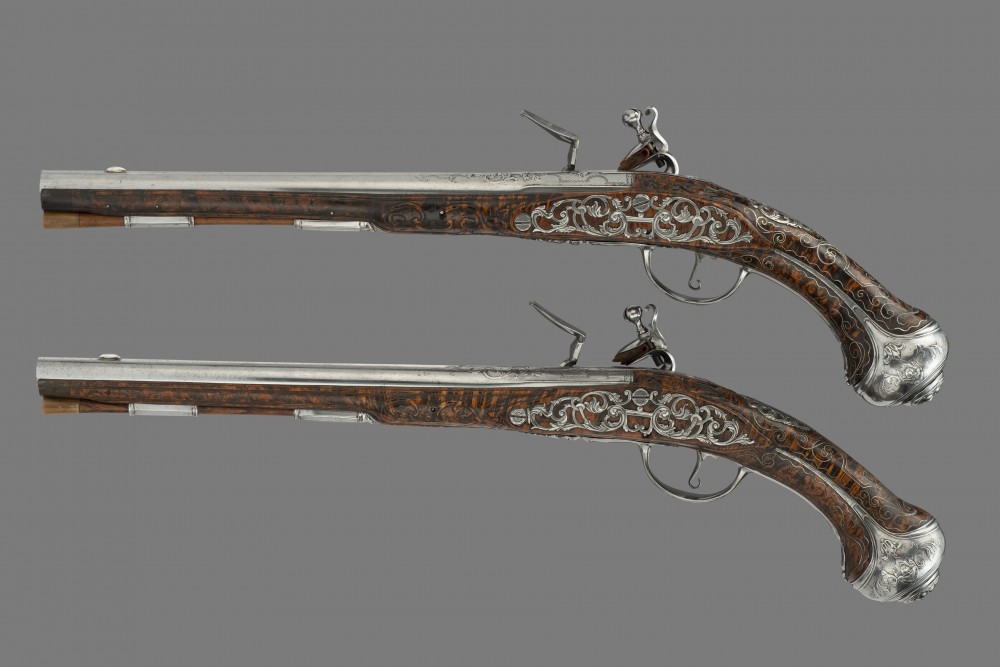 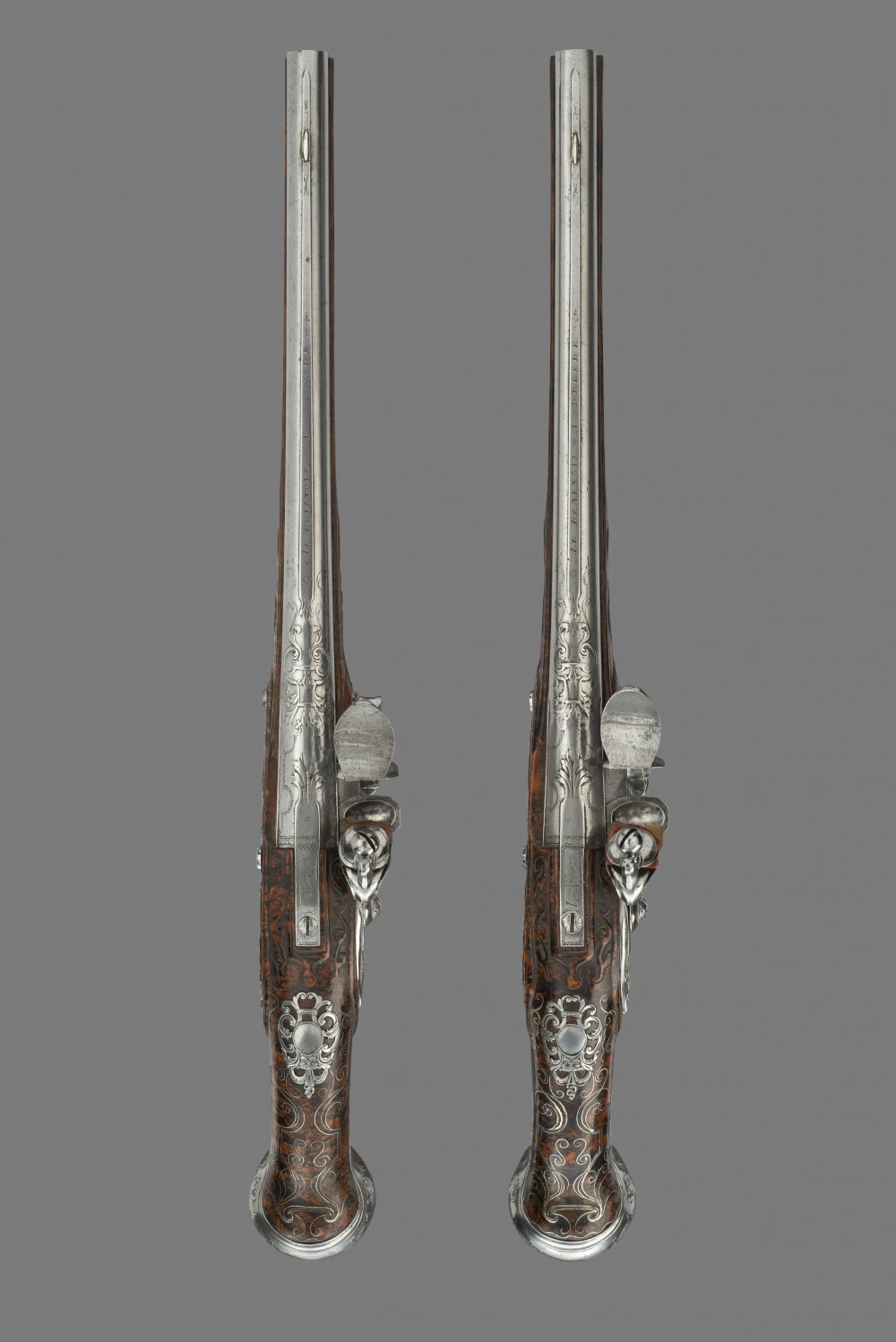 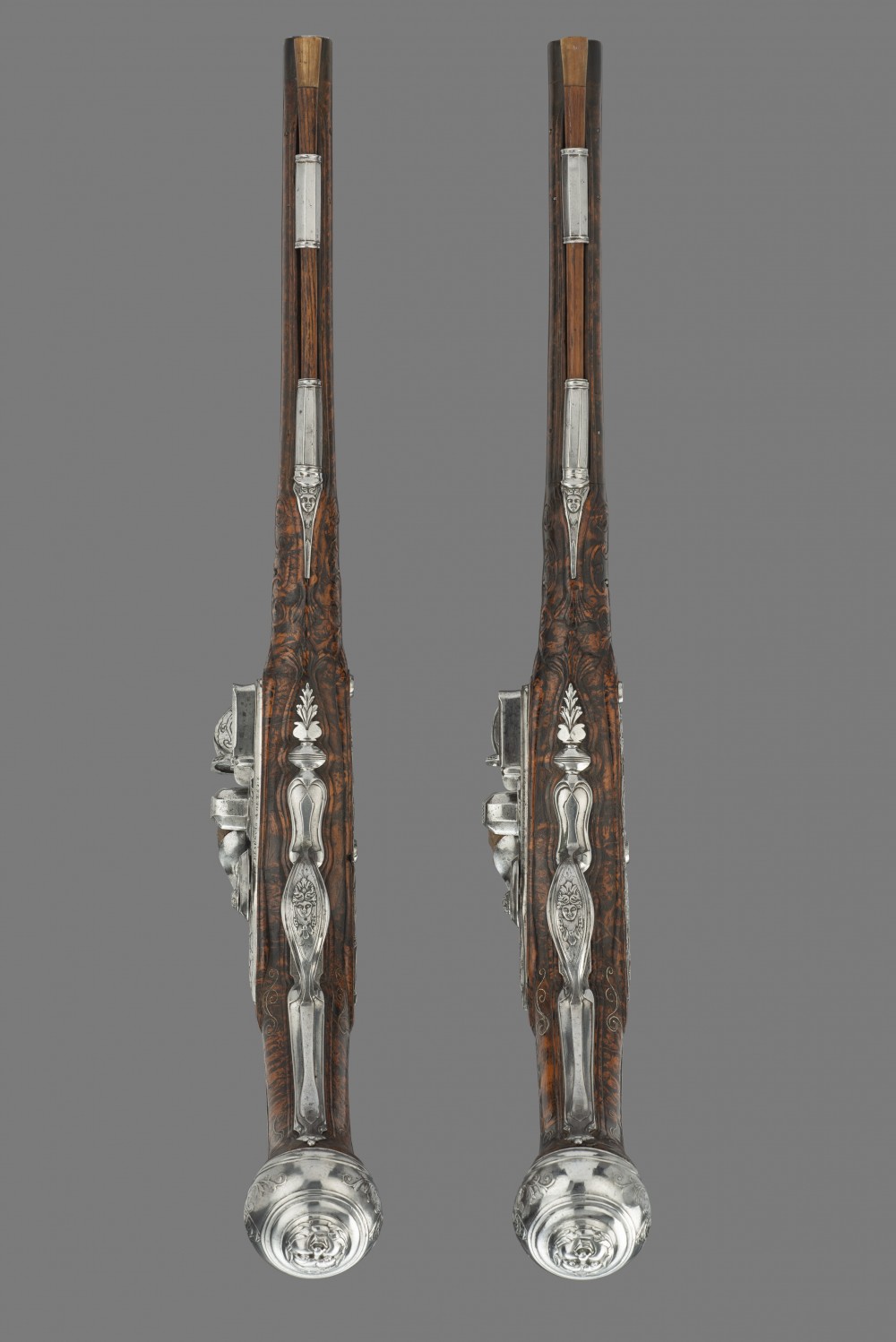 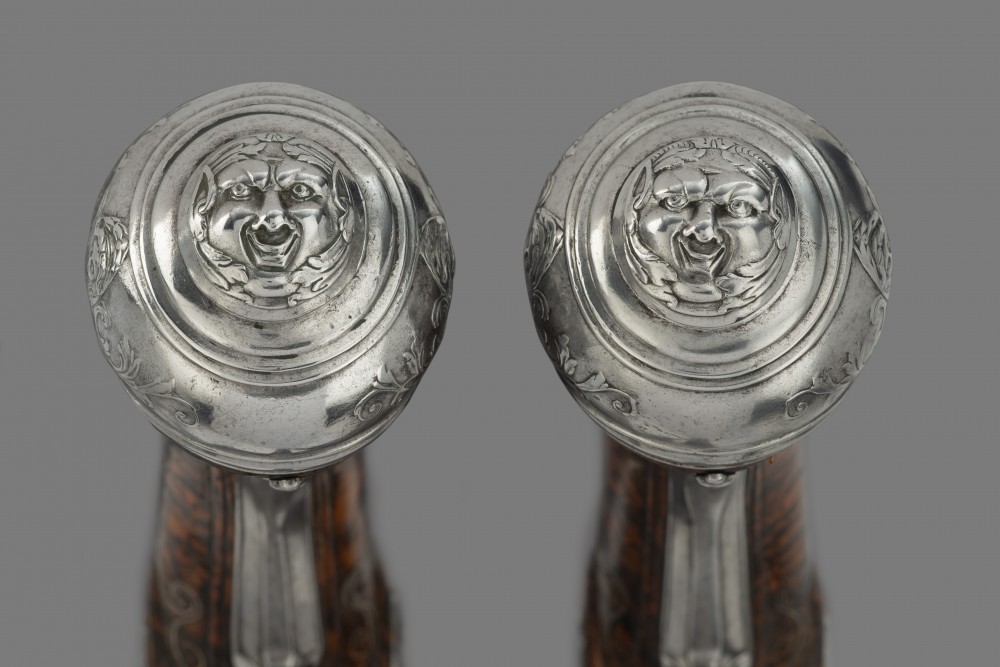 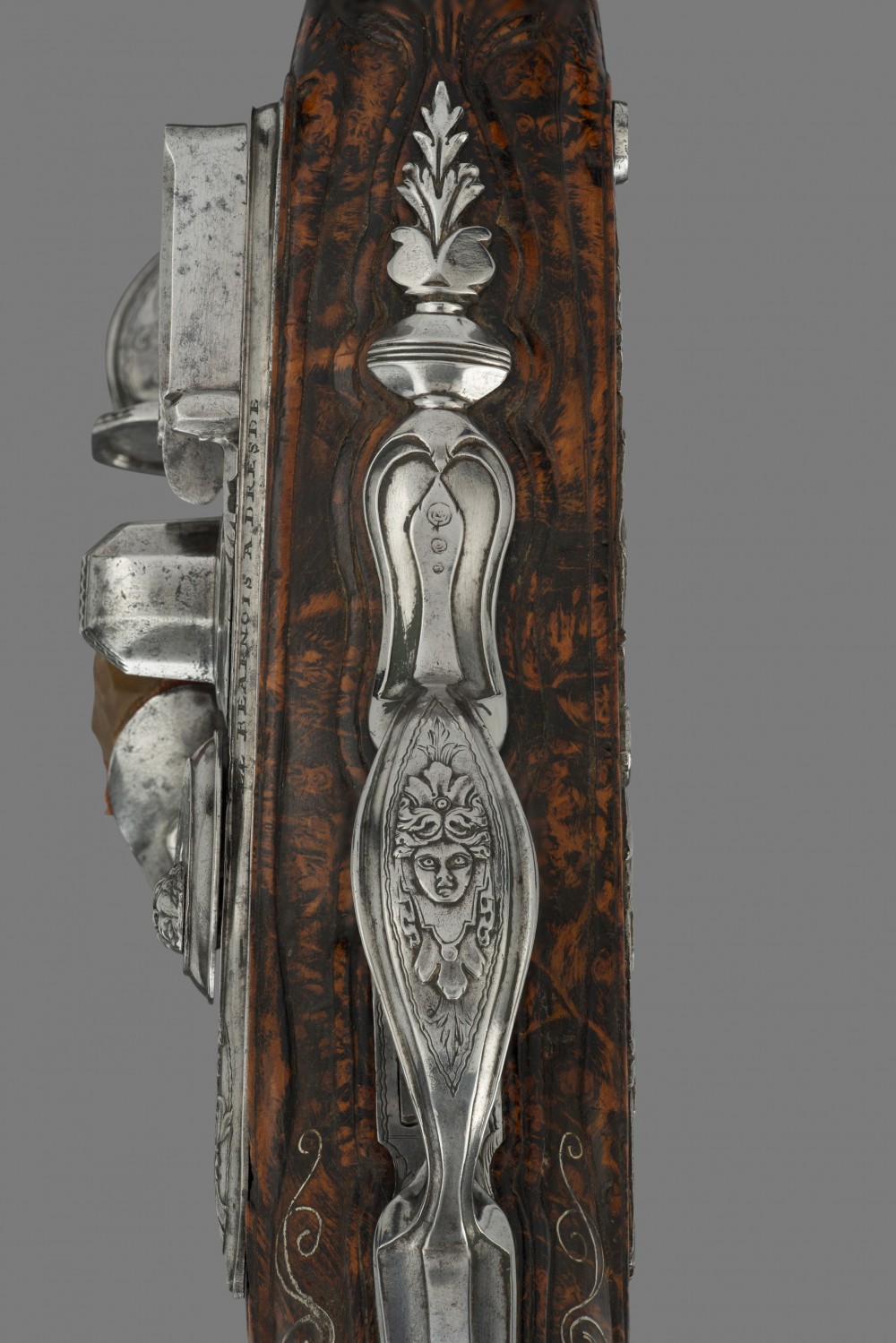 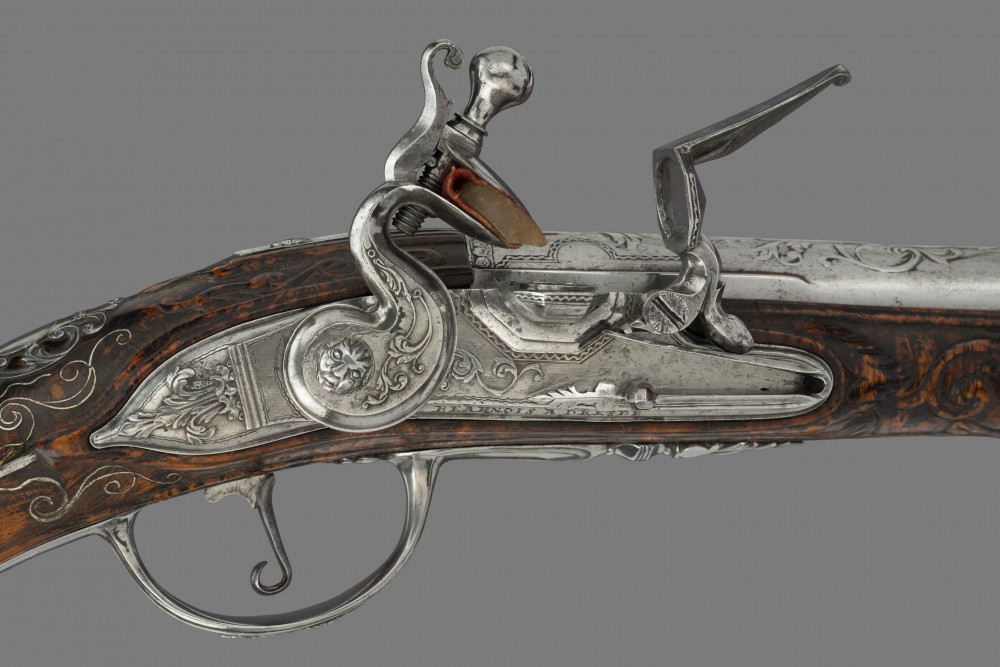 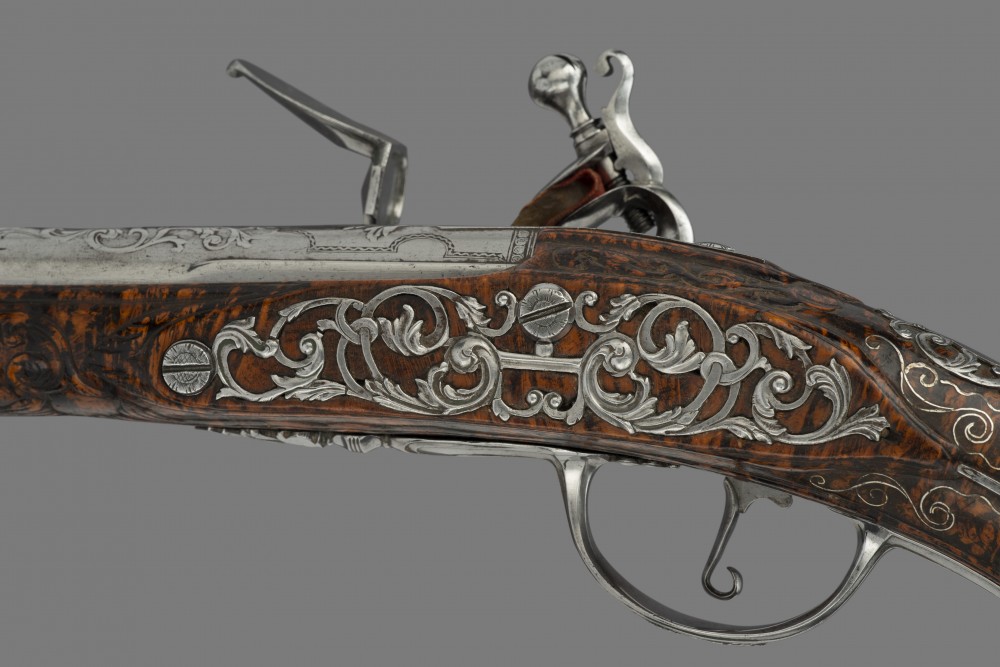 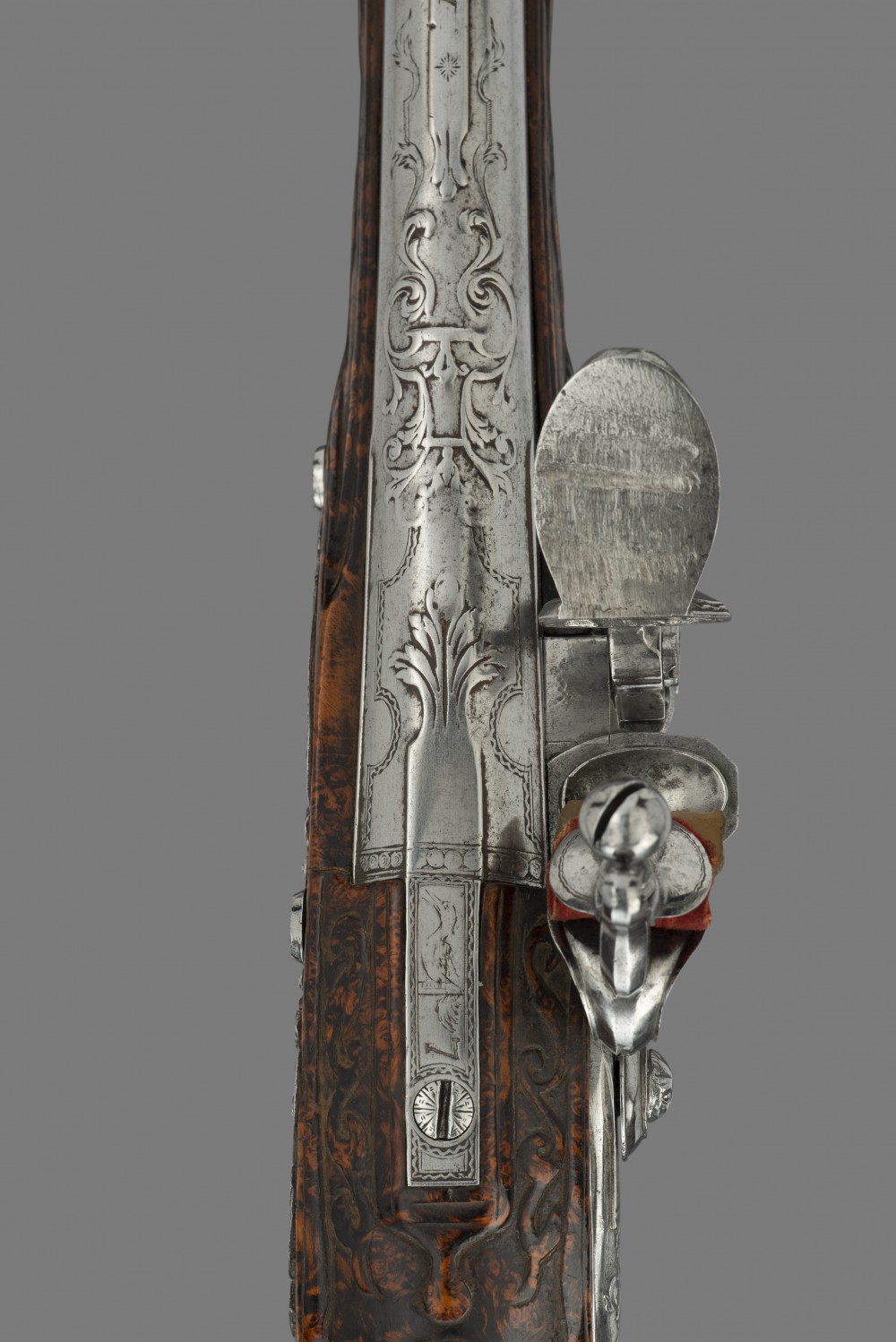 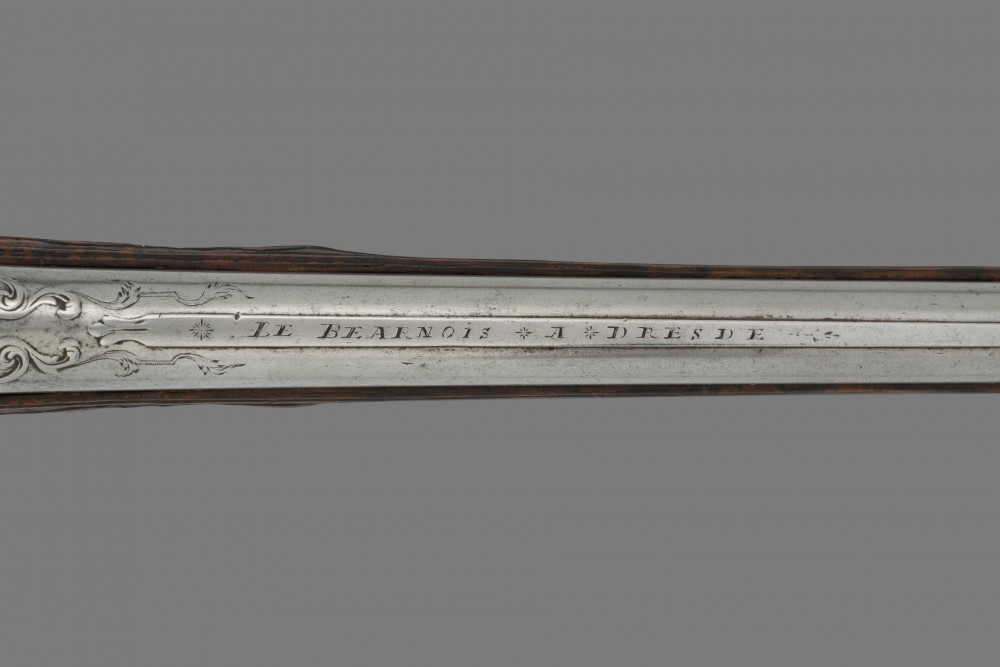 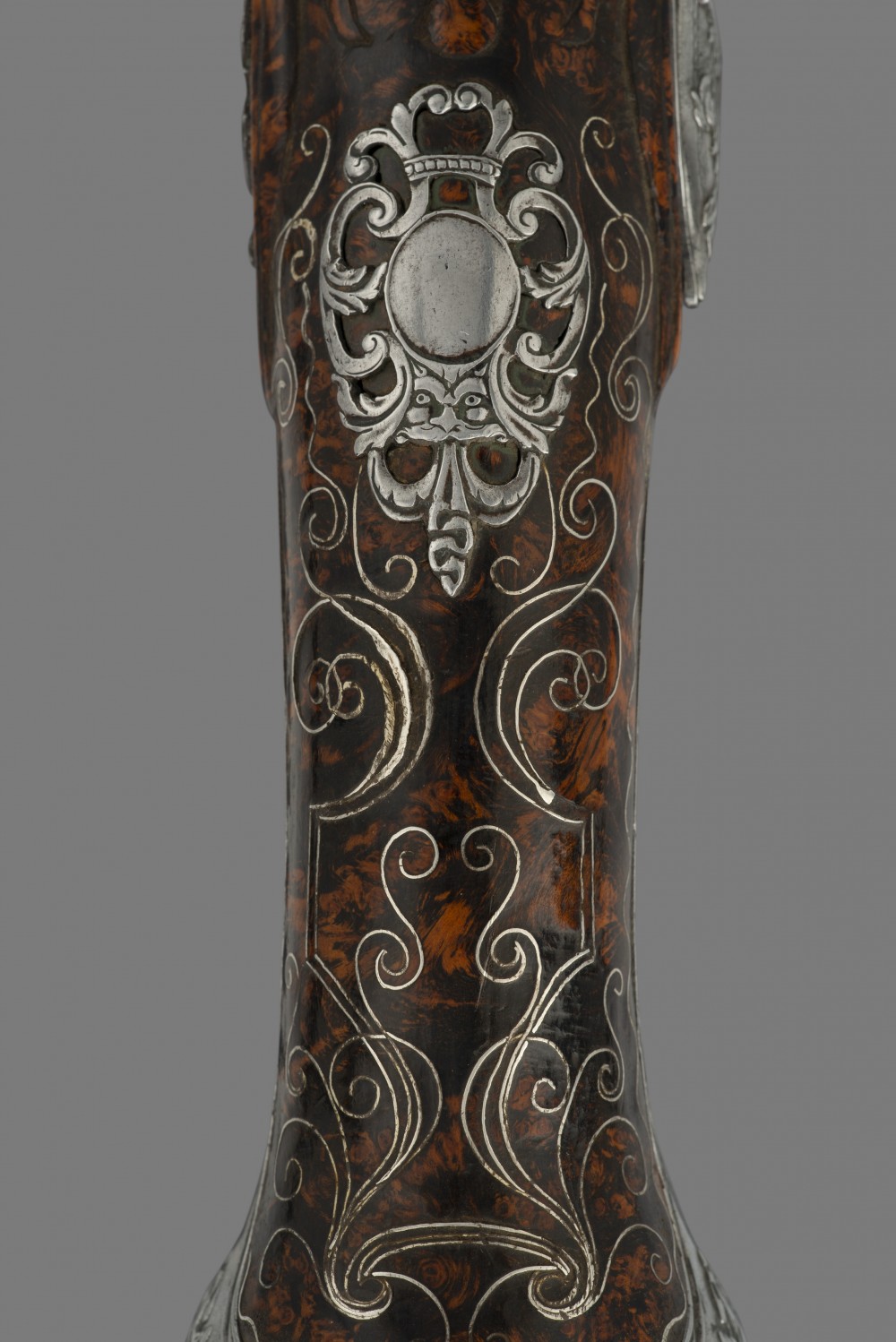 In his essay dealing with the dominant influence of Paris over luxurious firearms design in the latter decades of the 17th century, the salient firearms scholar Torsten Lenk noted that at the close of the 17th century Dresden ranked with Amsterdam and Düsseldorf as a centre for the production of firearms in an entirely French style. To this we should add the imperial court of Vienna, to be followed early the next century by Berlin, Munich, Prague, Copenhagen and Madrid.

How this shift away from the Germanic traditions in firearms ornament came about is naturally rooted in the wider influence of Paris, by then the epi-centre of northern development across the decorative arts, fuelled by the abounding patronage of Louis XIV and the expanding pan-European influence of the royal court. Paris firearms design, specifically, emerged at the Dresden Electoral Court with the Dukes of Saxony commissioning the very latest French flintlock firearms.