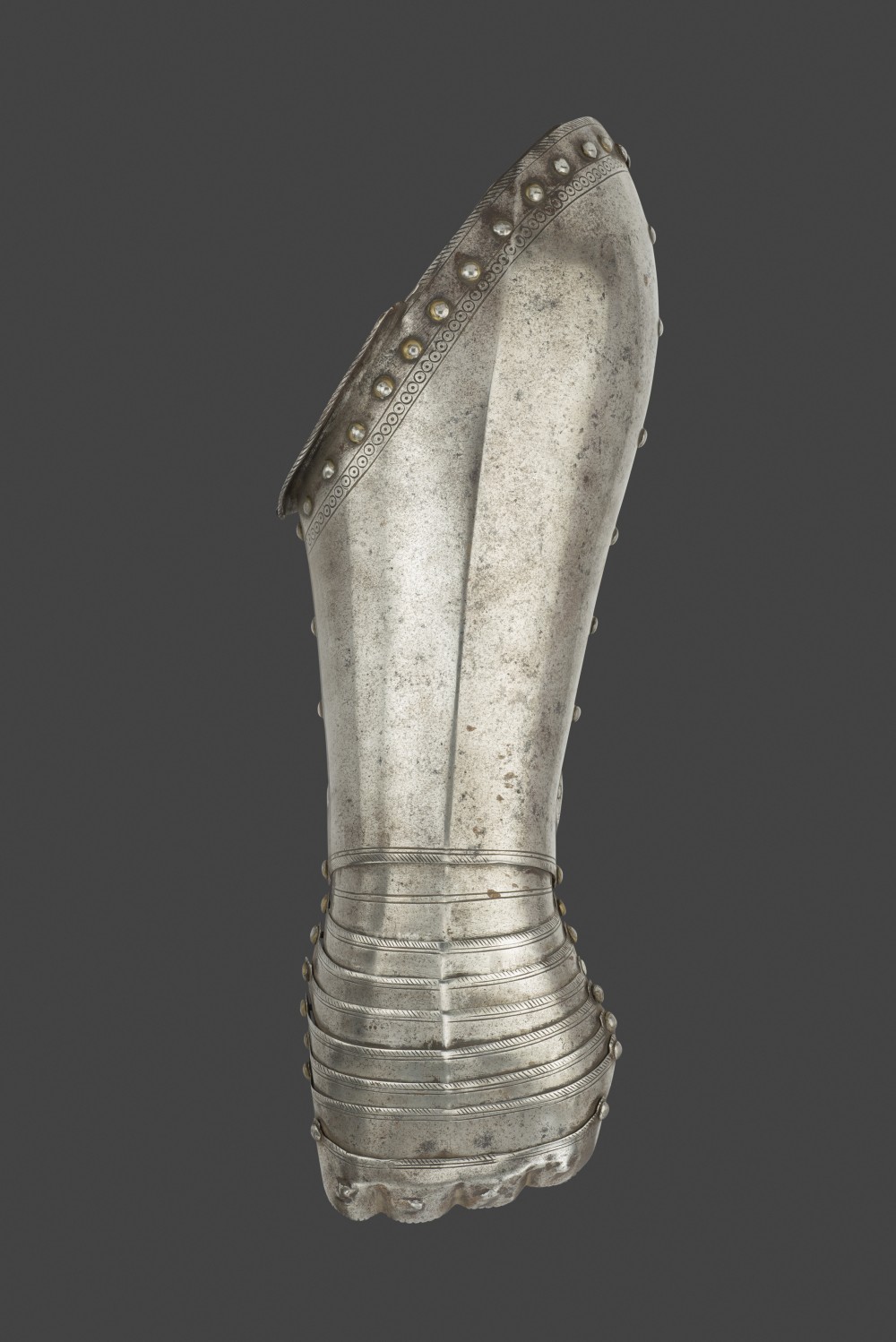 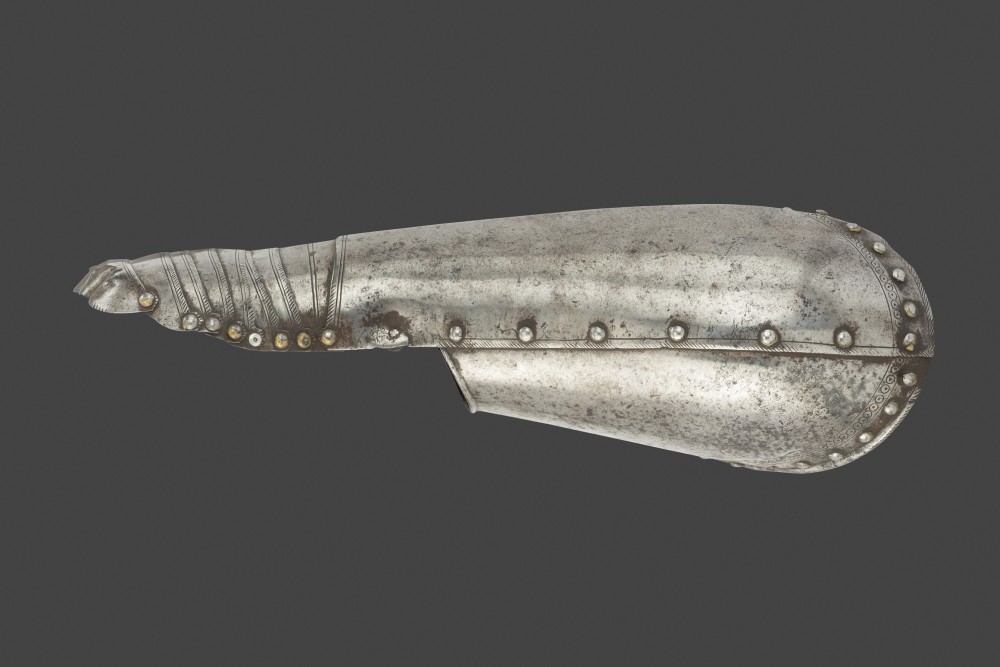 Gauntlets of the type worn in the 17th century with an elongated tubular cuff were for the specialist use of the Harquebusiers: these were lightly armoured cavalry armed primarily with a wheellock carbine, intended to move as a unit quickly about the battlefield. The operation of the carbine required an unencumbered right hand, the right arm being defended only by the sleeve of a thick buff leather coat. The bridle hand and left forearm were defended by the use of a long gauntlet such as the present example.

A border design closely resembling that on the present gauntlet is found bordering a so-scalloped couter (elbow defence) and its corresponding articulations, attributed to a Dutch workshop, circa 1580-1600 (see J.P.Puype and Drs. A.A. Wiekart, Van Maurits Naar Munster, Tactiek en triomf van het Staatse leger, an exhibition of objects from the Army Museum in Delft, 1998, cat. no. 136, p.206.)