An Historic Pair of Bronze Cannon, Cast by the Spanish Gunfounder Mathias Solano, and Given by King George III of England to Major General John Graves Simcoe in 1798, dated 1747 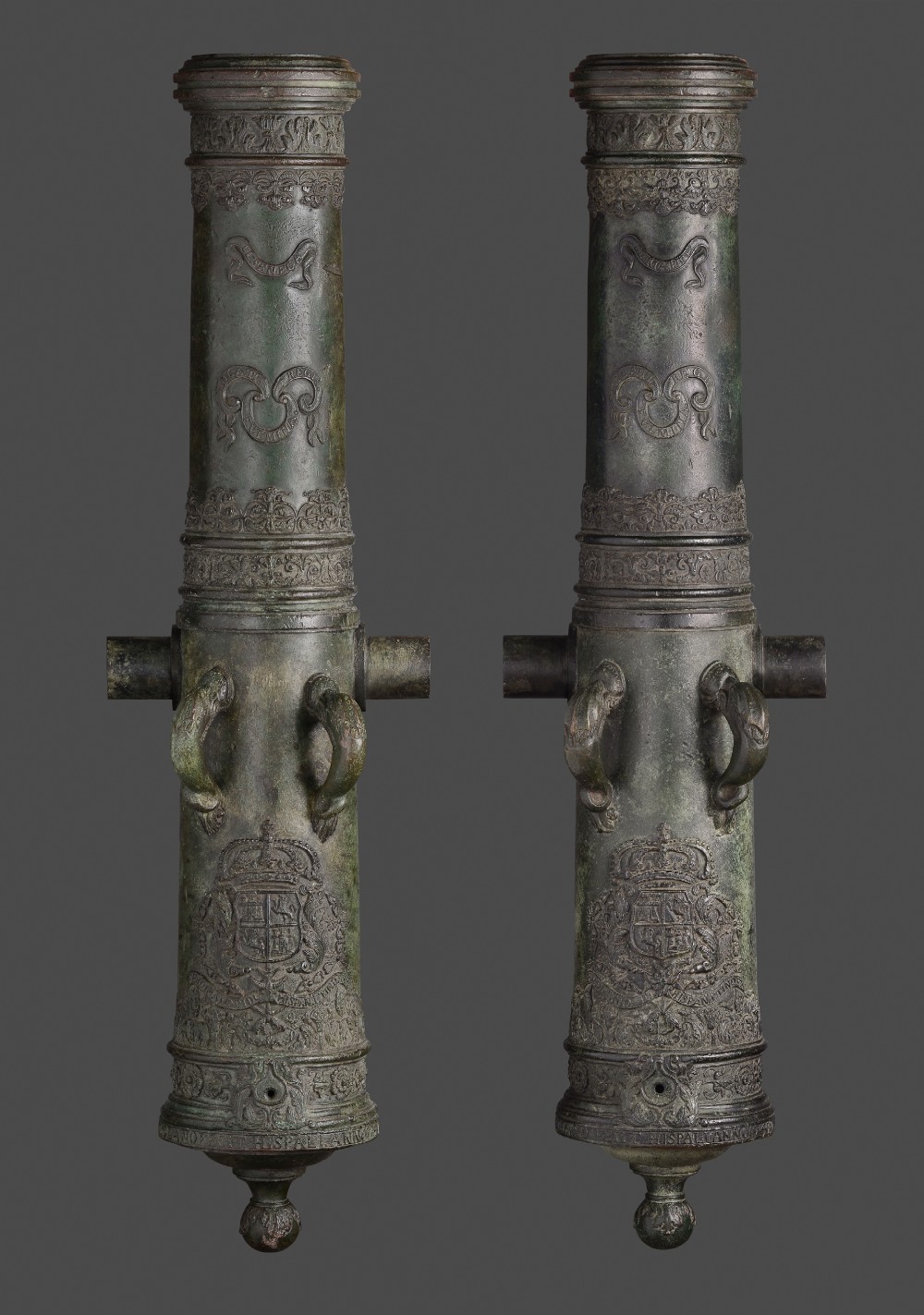 Removed in 1798 from among the captured rebel ordnance in San Domingo
Shipped from Port au Prince to Jamaica, thence in October 1799 dispatched to London, with onward shipping to Plymouth
Received at the Devon port of Kingsbridge in December 1803
Installed at Walford Lodge, General Simcoe’s family seat in Honiton, Devon
Passed down through the Simcoe family, the cannon remaining at Wolford Lodge until their sale in 1923 to Herbert K. Reeves, Esq., of Porlock, Somerset
Presented by Reeves in June 1940 to Leatherhead Urban District Council (now the Mole Valley District Council) and for many years displayed outside the council chambers in Leatherhead; sold Christie’s, 2 November 2005, lot 129